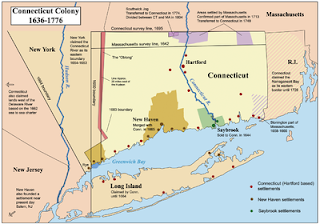 Even though the Huskies know they can make more money playing in a facility like MetLife Stadium in New Jersey which holds 82,500, Manuel has gone on record saying the game is staying in Connecticut.

Manuel knows that his smaller stadium will be extremely loud and the noise level could be heard all the way to Maine. He also knows this will be the biggest event in the Athletic Departments history with the No.1 winningest program in college football in town surpassing U-Conn Basketball.

It's a once in a lifetime opportunity.

Even though the Storrs campus is two hours away from New Jersey, Manuel knows that the Wolverines have a strong New York alumni base.

In 9-10 situations, money would make this move a no-brainer with 42,500 extra bodies. But not in this case. Manuel would prefer having the sixth man and take the crowd noise. I can't say that I blame him since he'll need every advantage he can to win the game. The sixth man would certainly make things difficult on an opponents quarterback.

Brandon has made some other good scheduling moves.

Recently, I suggested that BYU would be a great addition to the Wolverines schedule.

In 2015, this game will become a reality on September 26. The game is going to be at Ann Arbor and BYU is going to receive one of the highest totals that Michigan has paid at $1.3 Million with no return visit to Utah. The history and draw made this an easy game to schedule.

Michigan has a home-and-home series scheduled with Utah in 2014-2015. They host Oregon State and UNLV in 2015 giving the Wolverines exposure on the West Coast.

Want some new blood and a Rainbow to go with it, the Wolverines will get that when Hawaii comes to town for the 2016 Home Opener on September 3. The Warriors usually have a high potent offense and have never been to Michigan Stadium. There will be no return to Honolulu so while the Wolverines will see no surf boards, Hawaii will see a Big Wave of Maize and Blue Jerseys in 100,000 plus Ocean of The Big House.

While Brandon says other home-and-home series are in the works, it's time to go back to the suggestion box and to give him some more ideas rated in the order of most likely to least likely.

1. The Miami Hurricanes make so much sense because Dolphins Owner Stephen M. Ross owns the Dolphins and Joe Robbie Stadium. This game would be an easy sellout. I could see at least 50% of this stadium filled with Michigan fans.

2. The LSU Tigers are coached by Les Miles, who has twice interviewed respectfully for the U-M job but declined to make a change. I can't see him turning down a chance to go to Ann Arbor and market his program in the Midwest. The Wolverines return trip to Baton Rouge gives them a chance to play at Tiger Stadium which holds 92,542.

3. The Oklahoma Sooners and Notre Dame Fighting Irish faced each other, so I can see Michigan following suit to use this as a great opportunity to recruit. Both schools are amongst the winningest programs in college football history that have produced their fair share of Heisman Trophy winners. Lets get them on the field together. The television ratings would be fantastic.

4. When I wrote the draft of this blog a couple weeks ago, The Rutgers University Scarlett Knights would give Brandon a chance to travel to New Jersey and play in front of the New York-New Jersey alumni base that U-Conn won't budge. The reason this didn't get published then was my instincts said to hold off and as a result, Rutgers is now one of the newest members of the Big Ten Conference. They will begin play in two years along with the University of Maryland. Brandon gets his wish to market his program on the East Coast.

5. The University of South Florida Bulls have a strong Midwest Transplant base and the Wolverines have played in the Outback Bowl in Raymond James Stadium. My alma-mater would welcome this game because it would be the biggest draw in the program's history. Like his father Lou, I could see Skip Holtz work diligently to make this game a reality.

6. The Georgia Bulldogs could make this a great financial move for U-M because the game could be played at the Georgia Dome in Atlanta or in Athens. Sanford Stadium has a capacity of 92,746. Either way, the SEC would provide another quality recruiting opportunity for Michigan.

7. The South Carolina Gamecocks are now an elite team under Coach Steve Spurrier and from what I've heard, they play in a great stadium. I've driven by Williams Brice Stadium 80,250 and these are rabid fans.

8. If you can't get Oklahoma, there is always the Sooners in-state rivals the Oklahoma State Cowboys. The Detroit Lions can thank this university for gift wrapping Hall of Fame Running Back Barry Sanders to them.

9. The Florida State Seminoles and Michigan Wolverines have faced each other before in the regular season. Despite the retirement of Head Coach Bobby Bowden, his replacement Jimbo Fisher has done an excellent job keeping this program in elite status.

10. The Florida Gators and the Wolverines have met twice with U-M winning twice in bowl games. As much as I'd like to see this match-up, the Gators play such a demanding SEC schedule, that I don't see them adding another opponent that could cost them a National Championship opportunity. The Gators used to schedule the Miami Hurricanes annually, but stopped the regular series for this reason. These in-state rivals play once in a while in the regular season and occasionally in bowl games.

These are my suggestions, I encourage any feedback and will answer all responses.