A Monday Night Game Worth Watching

I can't remember the last time that I wrote a story on a Monday Night Football Game but this time I had a vested interest.

The one application that I use as a reliable source of information is called "The Score." 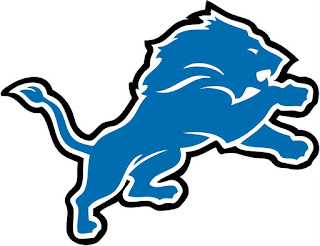 On Tuesday Morning, the application had 15 Headlines after the Detroit Lions defeated the New York Giants 24-10 at MetLife Stadium in East Rutherford, NJ.

5. Beckham had no setbacks with ankle after season debut

7. Giants get booed off field after dismal 1st half

10. Stafford opens the scoring with strike to Jones

15. Giants Marshall laments 4th-quarter drop: 'I let my team down.'

How does one digest all of this?

First of all, New York is the No.1 Media Market in the Country and the Giants have won Super Bowls.

Second, the last time the Lions won an NFL Championship was 60 years ago, have one playoff victory and have never been to a Super Bowl.

If these headlines don't give the Lions much positive publicity, at least there was some with the ESPN Announcers.

Sean McDonough, 55, and his partner Jon Gruden, 54, do a nice job and appear to have good chemistry.

I've always admired Gruden's knowledge and has won a Super Bowl as a head coach with Brad Johnson as his signal caller.

Not the prototypical Hall of Fame signal caller, but Gruden got the most of Johnson as Tampa Bay routed the Oakland Raiders 48-21 in Super Bowl XXXVII in San Diego.

There were some things that stood out about what these commentators had to say.

There has been a lot of talk about Matthew Stafford's $27-Million Per-Year Contract, the highest in the NFL at the moment.

There was no Stafford bashing on this telecast and by listening to Gruden, I even picked up some things about Matthew since I was watching the game at home and not in a loud sports bar with no sound of the Lions contest.

His calls in the huddle were Arkansas and (Clayton) Kershaw, his high school friend and star pitcher for the Los Angeles Dodgers. He must have liked hearing Peyton Manning using Omaha in the huddle when calling plays.

I've always been an admirer of Stafford's different arm angles as to how he releases the ball depending on the situation he's in. Plus, he does have a quick release.

On Monday Night, Gruden mentioned frequently about Stafford's scrambling ability and his ability to extend plays with his feet.

The duo also let the National Audience know that Lions Coach Jim Caldwell is in the final year of his four-year contract and it hasn't been extended yet.

They said Caldwell didn't make a big deal about it and he's financially secure.

Perhaps he is, but don't think for a minute that Caldwell would like to be rewarded for his success. But Jim is too classy to make a big deal out of things and become a distraction.

Lions General Manager Bob Quinn, who has done a masterful job remaking the roster and led the Lions to a playoff berth in his first year, knows he has some work to do to keep his coach.

This is a coach that Owner Martha Firestone Ford has tremendous admiration for and also hired.
Ford's 92nd birthday was Saturday and after the win against New York, the coach invited her into the Lions' winning locker room and the team sang her Happy Birthday.

In Caldwell's time on the job, he's led the team to a 29-21 record with a .571 winning percentage plus a pair of playoff berths and has assembled a coaching staff that has led to Stafford's development. Caldwell is also winning without Calvin Johnson.

In addition to Stafford's performance, after going through numerous field goal kickers, Detroit found a good one in Matt Prater, who kicks game winners and 50-yarders with incredible frequency. On Monday Night, he pulled the trick again nailing a 56-yarder that dribbled over the goal post.

But let's go back to the headlines.

It's easy for Giants Head Coach Ben McAdoo to rip two-time winning Super Bowl Winning QB Eli Manning for sloppy play because when New York's offensive line is playing poorly, what do you expect a signal caller to do when he's sacked five times?

McAdoo should take blame for the dismal loss to the Lions because his QB is running for his life while Detroit actually had success with its running attack amassing 138 yards as a unit. Gruden wasn't shy about this crediting the Lions for staying with the ground game.

As far as the Giants' offensive struggles gift victory to Lions: give me a break. The Lions pass rush deserves credit for part of this as Gruden also noted.

While Stafford's 15-21, 122 yards and two touchdowns despite being sacked three times won't impress fantasy football owners, it's good enough to give Detroit a 2-0 record.

Add the 88-yard TD Return by Jamal Agnew which sealed the contest, and the Giants simply had a bad night on The Big Stage. Agnew won this week's NFC's Special Teams Player of The Week.

The Giants deserved to be booed after their dismal first half which wouldn't get any better the rest of the game.

The Giants can be thankful that franchise receiver Odell Beckham Jr. didn't suffer any setbacks with his injured ankle in his season debut.

Granted catching four passes for 36 yards does nothing for Beckham's fantasy owners, but please tell me this, who the heck cares that OBJ celebrates active status with team handshakes, and is wearing golden cleats for a MNF warm-up?

Giants newly acquired wide receiver Brandon Marshall should be aggravated with himself for dropping a key pass in the fourth quarter.

This is a guy that as McDonough and Gruden pointed out is on the down side of his career and in the past few years has played for the Chicago Bears, New York Jets, now the Giants after starting out with the Denver Broncos.

His shelf life is shortening by the drop.

I have no idea when I'll write my next Monday Night Football Story.

It might be Tuesday November 7, 2017, the day after Detroit faces the Green Bay Packers at Lambeau Field in Wisconsin.

We'll see what McDonough and Gruden have to say that night and if the Lions are still in playoff contention.

Regardless of what happens that night, the rivalry between Detroit and Green Bay is one of the best in the NFL.

Detroit has five nationally televised contests this year including their annual Thanksgiving Game so they'll be spread out around all the networks.

Winning games like this and having a gunslinger in Matthew Stafford will only give the Lions what Rodney Dangerfield didn't have, and that's respect.

But on a day where the headline writers gave the New York Giants more excuses and failed to give the Lions where credit was due, this was worth talking about.

But at least I came away that I might watch McDonough and Gruden because I enjoyed what they have to offer and learned some things.

The only mistake that McDonough made that I noticed in the telecast was when he said that Lions Offensive Lineman Taylor Decker was from Michigan and not Ohio State.

I understand that Decker's very passionate about the rivalry but everybody makes mistakes so get over it Taylor and focus on helping your team return to the playoffs and getting a tournament win.

In the meantime while the Lions victory over the New York Giants was ugly, they are 2-0 and know they'll need to play much better at Ford Field against the NFC Champions Atlanta Falcons to improve to 3-0.

Stafford knows his numbers must be better and he'll need a much better performance to earn the win against the Falcons, but he's no stranger to adversity while wearing the Honolulu Blue and Silver so nothing figures to change.

Scott Morganroth can be reached at www.scottsports33.com and is a member of The Detroit Sports Media.
- September 19, 2017