Whenever I hear of expansion in any sport, I become very intrigued.

Expansion to me means growth, increase of revenues and adding of new markets.

One person who I follow on Facebook is former NFL Running Back Craig James. He decided to ask his followers what would be good markets that the Big 12 Conference could add. It was interesting to hear some of his responses.

It's inevitable that in Major College Football we're approaching a new era with Super Conferences.

Right now, we have The Power Five which leads toward selection of The Final Four and decides match-ups for Major Bowl Games.

What I've decided to do in this story is to make a case for some of the finalists which could eventually be members of the Big 12, or for that matter if they're bypassed, that could land in another Major Conference.

My numerical order doesn't reflect how I rank the teams.

1. Air Force--This military academy has had a good football tradition. Being an Independent has always allowed Air Force to schedule whatever opponents are available. Air Force used to have some entertaining games with Notre Dame. Is the Air Force ready to see top caliber competition year in and year out? I have my doubts.

2. BYU--This school has won a National Championship, plus has produced a pair of  Super Bowl Winning QB's in Steve Young and Jim McMahon. BYU has also developed a pretty good reputation in basketball. Current Boston Celtics Executive Danny Ainge played for the Cougars and also played on NBA Title Teams in Boston. I like BYU's chances of landing in a major conference. 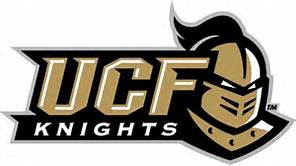 3. University of Central Florida (UCF)--Former Coach George O'Leary lost his job at Notre Dame because of an inaccurate resume. But he built a good enough resume for the Knights by compiling an 81-68 record in 11 seasons. UCF is honoring him with a statue outside their Football Stadium.

I like UCF's chances of landing in a Major Conference. There is a conference that will want a presence in a Major Florida City. Orlando is an excellent Sunshine State possibility. It hosts two bowl games every year.

On September 10, 2016, UCF faced the Michigan Wolverines at The Big House and did lose 51-14, but got some good exposure. It hired former Oregon Offensive Coordinator Scott Frost as O'Leary's successor. I'm sure this University would do well in basketball. 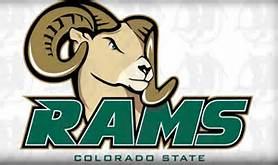 4. Cincinnati--The Bearcats have produced good football and basketball teams. From a territorial standpoint, there is a good recruiting base in Ohio and Kentucky. But there are too many markets I would choose over them.

5. Colorado State--This would be my sleeper pick. Once upon a time Colorado used to be in The Big 12 before bolting to the Pac 12. The Big 12 would be wise to add Colorado State to recapture the Denver Market. I told this to James and he liked the idea. Thumbs up for the Rams.

6. U-Conn--Because of travel, I don't see The Huskies getting into The Big 12. Their basketball programs are championship caliber. However, their football program is still building. The only chance of a Major Conference would be the Big 10. The Huskies former Athletic Director Warde Manuel was recently hired by Michigan. I don't see U-Conn changing conferences anytime soon. 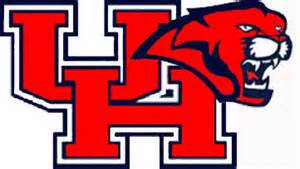 7. Houston--The advantages of adding U-H to the Big 12 is a large TV Market and continue to have a strong presence in Texas. With that said, Houston's college team still takes a backseat behind the NFL's Texans, although Miami, Pittsburgh and Tampa Bay fare well. There is competition for the entertainment dollar behind the Texans, MLB's Astros and NBA's Rockets. It's hard to overlook that Houston has defeated Florida State and Oklahoma recently and that enhances their credibility should the Big 12 invite.

Nonetheless, I have my doubts with Houston due to the fact that there are better options. However, if the Big 12 wants to have another team in Texas, this would be the logical choice which would bolster recruiting.

Jim Harbaugh was preparing for a Satellite Camp in Texas with Baylor Bears Coach Art Briles, but those plans came to a halt with his firing because of a Sex Scandal.

8. Rice--It's another Texas school but because of it's lack of history in major sports, the Owls are better off competing in a Mid-Major Conference. I could see Rice in the bottom of the standings in these Major Conferences. I think Rice has No Chance of getting into a Power-Five Conference.

9. SMU--The Mustangs have a solid sports history and being in Dallas is a Big TV Market. But as was the case with Houston, does the Big 12 want to expand further into Texas. I could see another Power Five Conference taking a shot here to expand their recruiting base. One thing to take note is the SMU Sports has had a checkered past by getting into trouble with the NCAA in football and basketball. At one point SMU was hit with the Death Penalty and the Football Program was shut down. 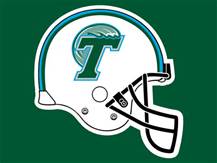 10. Tulane--The New Orleans market would be an intriguing addition to any conference. A new football stadium was built on campus. Two Bowl Games are held at The Superdome every year. The population base is strong and Tulane is in LSU's backyard. I think Tulane lands somewhere with a Power Five Conference.

11. South Florida--My Alma-Mater is at the top of my list to land somewhere. I'm not being biased because of being a Proud Bull. The Tampa Bay Area has an excellent High School Football Tradition as I found out working with the Tampa Tribune from 1984-86. It's a large TV Market. The Bulls play at Raymond James Stadium with the Bucs. 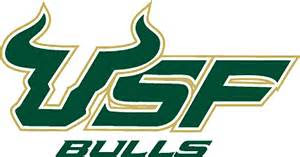 Landing marquee teams won't be a problem. There is an annual New Year's Bowl Game held on New Year's which is The Outback that has a rich history.

Coach Willie Taggart is on the verge of turning USF into a winning program. Basketball has a good on campus facility in The Sun Dome.

The Bulls have played Michigan State and Wisconsin recently. Michigan Coach Jim Harbaugh held a Spring Practice 90 minutes south at the IMG Academy in Bradenton, FL on March 4 where an estimated crowd of 5,000 attended. The Wolverines spent approximately $350,000 for their spring excursion.

For a conference to have this big of a presence in a Major Market would be hitting a Home Run. Florida is a big recruiting ground around the country.

I have a gut feeling that if USF gets bypassed by The Big 12, then The Big 10 will snap up the Bulls, much to the dismay of the SEC where these coaches criticized Harbaugh's Satellite Camps figuring he was a threat to recruiting in their backyard.

The Big 10 recently expanded its brand to Maryland and Rutgers (New York Market) in an attempt to grab East Coast exposure. It's time to have a team in Florida whether it's going to be USF or UCF.

So now you have it.

As the landscape of college sports changes over the next so many years, it will be interesting to look at a USA Map and watch schools play in different time zones for the almighty dollar with dreams of competing for National Championships.

I can also visualize that if the Big 10 lands a school in Florida, Harbaugh will add more Satellite Camps while SEC Network Reporter Paul Finebaum will continue to whine louder and louder. This clown must get paid good money by the SEC Network to complain about Harbaugh!

I wonder how much it would irritate Finebaum if a Big 10 school plays six games in SEC Territory. I am amused at how much Harbaugh does aggravate Finebaum and makes Paul look like a complete idiot.

Nonetheless, I expect UCF and USF to land somewhere and there will be a bigger Big 10 or Big 12 presence like never before.

I'll also be curious to see how close My Projections turn out.

Scott Morganroth can be reached at www.scottsports.com and is a member of The Detroit Sports Broadcasters Association.
- September 22, 2016