Scott Morganroth has been in the media business for over 40 years, and loves every minute of it.  He is the one that normally does the interview, so I decided to change it up on him and now he is the one answering all the questions.

Q:  Out of all the sports you have covered, pro or college, which is your favorite sport to cover and why?

A:  NFL. Because you only have 16 regular season games during the year, all the games are like an event, margin of error is so small due to the window to make the playoffs with each loss.  You can spend so much time preparing, game film and all it takes is one unfortunate play to drastically change the outcome.

Q:  What is the most exciting game you covered and why?

A:  When the Detroit Lions beat the defending Super Bowl Champion Dallas Cowboys 20-17 in overtime on ABC Monday Night Football back on September 19, 1994 at Texas Stadium.  This was one of the best NFL games I've ever seen.  Going into the game, the Lions were 13 point underdogs.  Barry Sanders put on a show by rushing 40 times for 194 yards out dueling Emmit Smith, who had 29 carries for 143 yards and a touchdown.

I'll never forget the night before staying at the Lions hotel that I spoke with Lions executive Chuck Schmidt and I asked him if he really thought that his team could really beat this Dallas team being such heavy underdogs.  His response was, "Scott I think you are going to be pleasantly surprised by what you see tomorrow night".  Boy was he right.

Q:  What is your favorite place to cover a game and why? 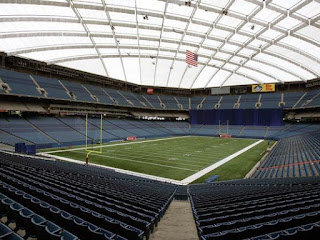 A:  The Pontiac Silverdome.  I called this place home for many Sundays in my career and got to enjoy watching Barry Sanders run all over the field, setting records, and giving defenses a headache that just wouldn't go away.  I have spent numerous Thanksgivings on that field as well.  I also had a chance to take a picture of myself with Gordie Howe in the press lounge while recovering for a shoulder injury.

Q:  Bucket list of places you haven't covered a game at and want too?

Q:  When you interview players, coaches, and personnel associated with sports, do you prefer to prepare all your questions or do you think on the fly?

A:  It's a combination of both.  I like to have a basic idea and some interviewees can be so candid and they lead me down a path for me to see how far I can take some topics with them.

Q:  Who was your favorite interviewee?
A:  Tommy Lasorda, back in 1981 at the Baseball Winter Meetings in Hollywood Florida.  I had the opportunity to interview Tommy Lasorda of the World Champion Los Angeles Dodgers.  I was only 18 years old at the time and I sought guidance from New York Daily News writer Phil Pepe as to how to approach Lasorda.  He told me write a few questions down and Tommy will talk, and indeed he did.  To this day, I owe a debt of gratitude to Phil Pepe for taking the time on giving me interview pointers.

A:  Muhammad Ali.  I had a chance to spend a week with him at Allen Park Gym in North Miami Beach back in 1982 and he was doing an exhibition fight and he just talked about his career.  I was in awe of him and he was gracious with his time.  And I would proceed to become good friends with his trainer Angelo Dundee and that would lead to more boxing stories and memories.

Q:  Interview you wish you had gotten?

A:  Dick Butkus, Chicago Bears.  For as physical of a player as you were and you loved to hit and punish players, Was Chuck Hughes passing the most gut wrenching play you were involved in?

Q:  Name some of the greats you've interviewed:

Q:  Out of all the interviewees, who surprised you and was the most down to earth player or coach? 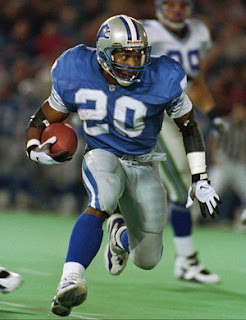 Q:  Out of the 4 major sports, I know you've covered all the teams in the NFL and in MLB, how many teams haven't you in the other sports?

A:  In NHL there 10 teams that I haven't seen, much attributed to expansion teams. As far as the NBA, I haven't seen 5 teams played

Q:  Finally, How did you get your start in the media business?

A:  My father owned a sporting good store and he employed a manager by the name of Sam Greenblatt.  One year on my birthday, Sam asked me if myself and a friend wanted to visit WXYZ Sports Talk in Detroit.  I said yes.  At that time talk show hosts was Ron Cameron and the producer was name George Eichorn.  I had a lot of fun doing it and George asked me if I wanted to come back and the rest is history.  Now 40 years later, George and I are best friends and we are still working together.

Candice Ebling is a member of the Detroit Sports Media.