What have you done for me lately?

During the past week, three coaches found this out in what is indeed a cut throat
industry.

In the NHL, the Chicago Blackhawks fired their 60-year old head coach Joel Quenneville, a native of Windsor, Ontario, Canada.

At the time of his dismissal, Quenneville was 6-6-3, but was 3-6-1 in their last 10 games, two points out of the Wild Card Spot in the Western Conference.

He was replaced by 33-year old Jeremy Collins, who is now the youngest coach in the NHL.

Quenneville turned the Blackhawks into a dynasty after being hired in 2008, winning the three titles from 2010-2015. He won three Central Division Titles along with a Presidents Trophy in 2013. 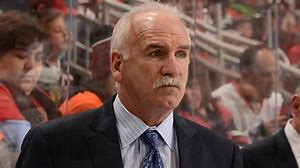 But don't feel sorry for Joel because he can still feed his family. He signed a three-year contract extension in 2016. He's owed the remainder of this years salary and will pocket another $6 Million next season.

There is no doubt that he can afford to be patient and selective of his next opportunity as his services will be in high demand.

Now we turn our attention to the North Side of Chicago where the Cubs reside.

Manager Joe Maddon has one-year left on his contract that runs through the end of 2019.

President of Baseball Operations Theo Epstein has tabled talks for an extension until late next season or afterwards.

The 64-year old skipper has guided the Cubs to a combined 387-261 mark, been to the playoffs all four years he's been at the helm and famously ended a 108-year World Series Drought. He won The Fall Classic in 2016, his second year with the team.

I'll be curious over the course of the next year as to what roster moves are made and will the Cubs cut down on payroll, thus determining what talent he'll have to work with.

To Maddon's credit, if he can win with the low-budget Tampa Bay Rays, he can succeed anywhere under any circumstances.

If he ever becomes unemployed, he won't be out of work long.

Finally, the next championship pink slip comes from North Of The Border in the Canadian Football League.

Trestman was hired as the Argonauts 43rd head coach in February of 2017 and went on to lead them to a thrilling 27-24 victory over the Calgary Stampeders in the 105th Grey Cup in Ottawa after a 9-9 regular season.

In the CFL, Trestman won two Grey Cups with Montreal and another with Toronto giving him three.

I'll be curious where Trestman will land next, North or South of The Border.

Scott Morganroth can be reached at www.scottsports33.com and is a member of Detroit Sports Media. He is also the Host for the Sports Exchange on weinetwork.com.
- November 11, 2018