As the NHL prepares for a potential lockout this fall, we must not forget what happened on June 11, 2012.

The Los Angeles Kings completed their improbable ride through the Stanley Cup Playoffs winning their first NHL title since the team began play in 1967. LA's first championship in its 45-year history was a 6-1 rout of the New Jersey Devils.

Over the years, I've seen teams in all sports reach the finals with records under .500, but these Los Angleles Kings made a different type of history.

They changed coaches and fired head coach Terry Murray, he was replaced by interim coach John Stevens, then on December 20, 2011, Darryl Sutter was named 24th head coach in franchise history.

The NHL standings are wins, losses and overtime losses. In the real world, the Kings would be 40-42.

But not for the sport that is played on a Frozen Pond.

The Kings earned their way to the Stanley Cup Finals with 10-straight road wins and 12 over two seasons which are both NHL records. LA's road winning streak ended as New Jersey defeated the Kings 2-1, on June 9, 2012.

All it takes in Hockey is a hot goaltender and Jonathan Douglas Quick, who was born on January 21, 1986 was awarded the Conn Smythe Trophy as the Most Valuable Player during the 2012 Stanley Cup Playoffs.

There is no way that I will ever down play this team's success. It's hard to believe that they were the final Winter Sports LA team standing since there were high hopes for their Staples Center neighbors the Lakers and Clippers.

Before their series started with the Devils, I predicted they would leave New Jersey with a 2-0 lead and indeed, the Kings did against their No.6 seeded counterparts, who were 48-28-6 with 102 points

The Kings win over the Devils was the first time ever that an eighth seeded team in North American Professional Sports won a championship.

Los Angeles was the second team in NHL history to beat the top three conference seeds in the playoffs.

But this is a sport which its storied franchise is the Montreal Canadiens.

Montreal hasn't won a championship since Jacques Demers was coach and Patrick Roy was the goaltender in 1993.

The Canadiens finished in last place in the Northeast Division with a 31-35-16, and 78 points, translating to an actual 31-51 mark. It may be awhile before Montreal wins Championship No.25.

Only the Edmonton Oilers and Columbus Blue Jackets finished lower. 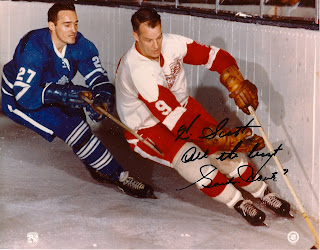 Ex Canadiens have figured in these teams success.

I wouldn't classify Colorado, Dallas, Tampa Bay, Carolina and Anaheim as hockey hotbeads. Nor will I consider Los Angeles as a Hockey Town.

But I will say the Kings are champions and they won their title without Hall of Fame players Wayne Gretzky and Marcel Dionne, albeit with an under .500 mark.

With the parity in the NHL, don't be surprised if the Blues, Coyotes, Florida Panthers or Nashville Predators are in the finals. Nashville's task got much tougher as the smaller market club lost many key players due to free agency.

If Montreal or Toronto get to the Stanley Cup Finals, then the ratings could be a good boom for NBC across North America.

NBC may not like it, but "Only In Hockey" can a points standings set-up produce such intrigue as we've seen year in and year out.

But, I guarantee you one thing. There will be NO ASTERISK next to the LA Kings title. They made history for all of the most unique reasons.

Now we'll see if new NHLPA Donald Fehr lets them defend their title. In 1994, under Fehr's leadership, the World Series was canclled for the first time in baseball history.

In 2004, the NHL's Tampa Bay Lightning held their title for two years, but the second year it collected dust since there was no regular season.

My message to hockey fans is Fear the Fehr because the Stanley Cup Trophy could be residing in Hollywood, CA longer than a year. Enjoy It LA! You won it the hard way by being full fledged road warriors.