With MLB's non-waiver trading deadline of July 31 approaching, teams are bolstering their rosters for a shot at winning the World Series.

During the off-season, Baseball Commissioner Bud Selig got his wish by adding another wild-card team that will play a play one game play-in contest for the right to continue in the post-season. There can never be too much excitement in October.

Currently, eight teams are in the hunt for the final two wild-card spots ensuring more fans will be glued to their TV's into September. This will only enhance our opportunity to see an unlikely champion.

Lets not forget, the NFL had a 9-7 New York Giants squad win the Super Bowl early this year.

If this format was in place a year ago, the Atlanta Braves and Boston Red Sox wouldn't be agonizing over their late-season collapses. More importantly, former Red Sox Manager Terry Francona could still be the pilot in Beantown.

The expanded playoff format has accomplished one major development thus far. Teams are holding out longer to see if they can indeed reach the post-season as excitement and intrigue expands to more towns.

With that said, I've decided to compile 20 of the most intriguing match-ups that we could see in "The Fall Classic."

The New York Yankees are always a popular choice in October because of their storied tradition.

My list is going to take many interesting things into consideration and I welcome your feedback.

1) Washington Nationals vs Texas Rangers. The Washington Senators moved to Texas and became the Rangers in 1972. Who knows whether Stephen Strasburg will be pitching in this series because he could be shut down for the season, but there is a lot of bad blood between these two metro areas with the Washington Redskins--Dallas Cowboys rivalry.

2) Oakland A's vs Pittsburgh Pirates. Both franchises are small market teams with low payrolls and this season are feel good stories. They've won their fair share of World Series titles in the past with a lot of Hall of Fame players. Oakland has won nine titles while the Pirates have amassed five. Oakland has had Reggie Jackson, Catfish Hunter, Rollie Fingers while Willie Stargell, Roberto Clemente and Dave Parker have championship rings. There are a lot of no-name players on both teams now. They'll be known if they reach the World Series, The Raiders and Steelers represent what these teams stand for on the gridiron. The Pirates are trying to snap a 19-year losing season streak. Their last World Series title was in 1979 while the A's won in 1989.

4) New York Yankees vs San Francisco Giants. I wasn't alive when these teams played their version of the Subway Series in the 1950's. Based on large attendance during inter-league play, the former New York Giants, once the home for Hall of Fame Outfielder Willie Mays, would be a great coast to coast draw for the nation and the baseball traditionalists would be thrilled to see this match-up. We'll call this the "Back To The Future Match-Up." No Yankee Stadium I or the Polo Grounds, but no one will care. The Yankees defeated the San Francisco Giants 4-3 in the 1962 World Series. It was Yankee Stadium I vs Candlestick Park.

5) Pittsburgh Pirates vs New York Yankees. These two teams met in 1960 and the Pirates defeated the Yankees 4-3. The Hall of Fame players included Pittsburgh's Bill Mazeroski and Roberto Clemente. For New York, Manager Casey Stengel, Yogi Berra, Whitey Ford and Mickey Mantle. The major story line for this potential series is that New York traded pitcher AJ Burnett to the Pirates on February 18th for two minor leaguers. The Yankees are paying $20 million of the $33 million owed on Burnett's contract. He his 12-3 with a 3.52 ERA. If Burnett were to get revenge against New York, it would be one expensive Yankees backfired trade.

7) Oakland A's vs San Francisco Giants. Oakland swept their Bay Area rival 4-0 in the Earthquake Series in 1989. The A's appear to be headed to San Jose in the next few years so it would be neat to see a rematch of the Battle of The Bay without the drama of another earthquake.

8) Los Angeles Angels vs Los Angeles Dodgers. Both NHL teams have won Stanley Cups speaking of the Anaheim Ducks and Los Angeles Kings. Now it's time to get their baseball teams on the same field in the World Series in The Freeway Series. Former Dodgers Catcher Mike Scioscia won two World Series Championships as the team's catcher in 1981 and 1988. In 2002, he won the Angels lone title defeating the San Francisco Giants 4-3 and prevented Barry Bonds from winning a ring. These local match-ups are fun to watch and this would involve the No.2 TV Market in the USA.

9) New York Yankees vs St. Louis Cardinals. These two teams have met in the World Series five times with St. Louis winning three. The Yankees have the most World Series appearances with 40 while St. Louis is tied with three other teams at 18. The Yankees have won the most World Series Titles with 27 and the Cardinals are second with 11. The great players in this rivalry include Babe Ruth, Lou Gehrig, Lefty Gomez, Bill Dickey, Phil Rizzuto, Joe DiMaggio, Whitey Ford, Mickey Mantle and Roger Maris. For St. Louis, there is Rogers Hornsby, Stan Musial, Enos Slaughter, Bob Gibson, Lou Brock, Tim McCarver and Hall of Fame Broadcaster Bob Uecker was the back-up catcher for the Cardinals.

10)  New York Yankees vs Washington Nationals. These two teams met from June 15-17 and New York swept the series 3-0 in Washington D.C. But the Nationals were winners at the Box Office drawing crowds of 41,406, 41,287 and 41,442. These two squads could double the attendance if the stadium was larger. Washington ace Stephen Strasburg was 8-1 at the time and didn't even pitch in this series. Bryce Harper has become an All-Star while the Yankees are simply the best team in baseball. If they meet in the World Series, look for a much closer outcome. Washington Manager Davey Johnson is an excellent skipper and whether Strasburg is available or not, it will still be a great series. The future looks bright for Washington. When people look at these two cities, they'll realize the story-lines will go beyond the New York Giants and Washington Redskins. 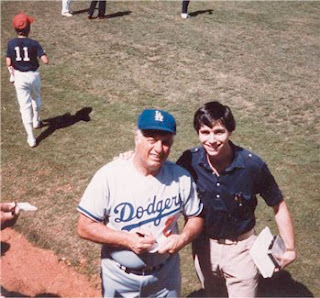 11) New York Yankees vs Los Angeles Dodgers. The Dodgers have new ownership and they're willing to spend money. The Dodgers also have former Yankees great Don Mattingly as their manager. Not that this series needs anymore hype. There were great match-ups with the Brooklyn Dodgers and Yankees in their Subway Series. The rivalry continued when the Dodgers moved to Southern California. When the top two TV Markets meet, it's always a ratings bonanza especially between these two storied franchises. Too many names to mention. But Dodgers Manager Tom Lasorda gave me my first major interview when his team defeated the Yankees 4-2 in the 1981 World Series when we were at the Baseball Winter Meetings at the Diplomat Hotel in Hollywood, Florida. To date, that's one of the high points of my Journalism Career.

12) Texas Rangers vs St. Louis Cardinals. Anyone want a rematch of last year's classic match-up that went seven games? Rematches are always fun to watch. But Albert Pujols is gone, Tony LaRussa retired on top and the Rangers know they were just one strike away twice from their first championship after letting Game 6 slip away 10-9 in 11 innings. The Rangers have lost two straight World Series titles, falling to the San Francisco Giants in 2010.

13) Chicago White Sox vs Cincinnati Reds. My late Grandmother Sophie Morganroth wasn't alive for this match-up in 1919. The Reds defeated the White Sox 5-3 in an eight game series.

14) Los Angeles Dodgers vs Chicago White Sox. These teams share the same Spring Training Complex in Glendale, Arizona. In 1959, the Dodgers defeated the White Sox 4-2 in the World Series.

15) Arizona Diamondbacks vs New York Yankees. I was living in Arizona at the time when the Diamondbacks gave "The Valley Of The Sun" their first major sports championship defeating New York 4-3 in a classic series. I proudly wear My Diamondback Championship Golf Shirts as New Yorkers in South Florida cringe. The only people rooting for the Diamondbacks were us locals in Arizona and Boston Red Sox fans. Despite the sentimental feelings for New York City during the tragic events of September 11, 2001, us Arizonians relished the underdog role. During a celebration at the Stadium Club Sports Bar in Chandler, Arizona that caused me to break three small toes, it was still worth it. If they meet again, former Tigers Outfielder/ Arizona Manager Kirk Gibson and Shortstop/ Bench Coach Alan Trammell are on the Diamondbacks bench. I'll be pulling for them as well.

16) Detroit Tigers vs Los Angeles Dodgers. Not much history between these two teams. But Kirk Gibson hit a clutch World Series Home Run enabling the Tigers to defeat the San Diego Padres in 1984. Then in 1988 when he left the Tigers for the Dodgers, in his only at bat in Game 1, against the Oakland A's, he hit the game winning home run with legendary Hall of Fame Announcers Vin Scully and Jack Buck making memorable calls. Now former Michigan State and Los Angeles Lakers legend Magic Johnson is part owner. We know that Magic Johnson and the Detroit Pistons had a strong rivalry.

17) New York Yankees vs Cincinnati Reds. They are miles apart in payrolls but the Reds swept the Yankees 4-0 in 1976. Sparky Anderson won his second straight World Series defeating former Tigers Manager Billy Martin with the "Big Red Machine." The Reds have five World Series titles with the last one being in 1990.

18) Cincinnati Reds vs Detroit Tigers. These two teams are located four hours away on I-75. They met in the World Series once in 1940 with the Reds winning 4-3. From June 8-10, they met at the Cincinnati Riverfront and the Tigers won two of three games in a series where all three contests were decided by one run. Fox may not like this ratings match-up, but what better way to stir up tensions between two states where Michigan--Ohio State Football Rivalry is huge. The Tigers and the Reds have great traditions. I used to cover the Reds Class A Florida State League team the Tampa Tarpons for the Tampa Tribune in 1985 and 1986, plus worked for RedsVue Magazine in Cincinnati.

19) Chicago White Sox vs Atlanta Braves. I have to give future Hall of Fame Player Chipper Jones some love in his final season. The White Sox have been known to get hot at the right time and have low-keyed Skipper Robin Ventura leading the way. Could be a good match-up of two large media markets covering the South and the Midwest. I always like seeing a new match-up of teams that have never met in the World Series.

20) Detroit Tigers vs Atlanta Braves. In 1987, the Tigers traded a young prospect at the trading deadline named John Smoltz for veteran hurler Doyle Alexander. The trade produced a division title for the Tigers and a World Series Crown for the Braves in 1995. Smoltz is headed to the Hall of Fame. Detroit would trade Jair Jurrgens to the Braves and he's had a solid career. Former Tigers Executive the late Bill Lajoie also worked in the Braves front office. A Detroit vs Atlanta meeting is also another battle of I-75.

Fox Sports will have plenty of time to wish for a ratings winner. It will be interesting to see how this plays out the next couple of months.