When I was living in Southfield, MI, back in the early to mid-1970's, a former live in housekeeper named Bernice Baker got me hooked on two soap operas. We would watch One Life To Live and General Hospital.

As I got older, I eventually got tired of One Life To Live but for years to come, I would continue to watch General Hospital. In fact, I would schedule my classes in college around General Hospital following Luke, Laura, Robert Scorpio, Frisco and Felicia.

The words "soap operas" have taken on an entirely different meaning in sports.

There are two this summer which have gotten on my last nerve and since the only programs I watch on a regular basis are Mike & Mike In The Morning and Sports Center, as much as I want to use the mute button, I don't. 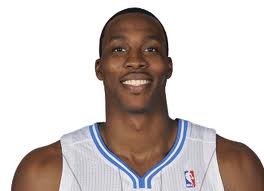 The first one is, I want to Welcome Myself to the "I hate Dwight Howard Club."

This clown is the reason that one of the best coaches in Orlando Magic History Stan Van Gundy got fired. I'll bet Stan is going to enjoy his year off while collecting a paycheck as this trade talk continues to drag out.

If Howard had any sense at all, he should have forced the Magic to trade him at the deadline, then he could have become a free agent this summer. Instead, the poor baby didn't want to leave his lovable Central Florida Fans at that time, as the area was hoping that he would continue to play there. I doubt you'll find Howard Jerseys for sale at the Magic Gift Shop or local retailers.

Now we're listening to this guy whining and we have to listen to his nonsense on every sports show, while every basketball insider, former players try to figure out if his poor reputation is overshadowing his talent.

We're talking about a guy that's recovering from back surgery. Instead of hearing about his progress, we're listening to where he wants and where he doesn't want to play with his leverage being that he'll be a one-year rental.

What do the Orlando Magic really think they're going to receive in a trade? Howard's trade value will continue to decline as time progresses.

The man that has the thankless job of dealing with this mess is Rob Hennigan, the 30-year old GM, the youngest in the NBA. Is there a trade that he has the guts to pull off? Stay tuned.

But the guy that's really calling the shots is CEO Alex Martins.

For many years, Martins role with the Magic has been working in the Public and Media Relations Departments. Distributing Press Credentials and Writing Press Releases is much different than making Basketball Decisions.

Having worked with Martins before, he is a nice guy, but he's over his head in dealing with this conflict. I have to believe that the reason Martins is CEO is he's worked in so many areas with the organization and the DeVos Family does trust him to do what's best for the team.

The bottom line is the Howard soap opera is everything that is wrong with sports. Overpaid athletes will get no sympathy in this poor economy.

The rest of the sports world calls him Superclown.

From the Life and Times of Dwight Howard to the NCAA Pounding the late Joe Paterno.

For years, the NCAA never got it right by not having a full-fledge playoff system to determine it's National Champion. The Plus-One format figures to be an improvement for the future.

Did NCAA President Dr. Mark Emmert make the right decision by vacating all of Paterno's wins dating back to 1997 reducing his win total from 409-297 ?

I would say absolutely not. If you're going to forfeit this guys wins then that means the games never happened.

The NCAA should refund all the money the fans spent to buy tickets to the game as well as parking. I'll cut them some slack for the concession and souvenir stands.We know this would never happen.

I have tremendous compassion for the victims in the Jerry Sandusky Sex Scandal. Those events were outright disgusting and the other people associated with the scandal are being dealt with legally. We all know that Sandusky is getting life in prison.

I would give Sandusky the death penalty!

As much as I hated to see Joe Paterno's Statue removed because he meant so much to college football for 61 years, I could reluctantly deal with that.

But once again, if you take away his wins, the games never happened. Give the fans their money back and burn the game films. Eliminate all the profits associated with this mess.

These situations would give any person a big enough headache to send them to General Hospital where the greeting physician Dr. Steve Hardy would be the lucky one to perform Brain Surgery.