Over the years, I've been very fortunate & proud to have worked with some Excellent Media Organizations.

I began My Association with the Deerfield Beach Observer in South Florida in 2007.

Former Editor Ric Green hired me to cover Florida Atlantic University (FAU) Sports focusing on Owls Football. This gave me the opportunity to reunite with My Good Friend Howard Schnellenberger.

Green and I were able to turn this seasonal relationship into a permanent one. When Green took a position to run the Pompano Beach Chamber of Commerce, FAU alumnus David Volz kept the beat going. 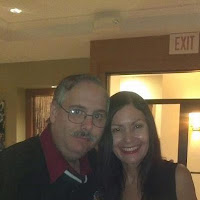 I am currently working with Diane Emeott-Korzen. (Pictured Right)

While the economy has cut back on the FAU stories due to reduced advertising, I'm very thankful Diane has continued her commitment  to covering the Owls. My stories are also seen on the Observer Online Website.

On December 21, 2012, the Deerfield Beach Observer had a Christmas Party Celebrating 50-years of Publication. It began in 1962.

What's amazing about the Observer's age is I will be celebrating My 50th Birthday on December 29, 2012. This is real neat that both of us turned 50 the same year. 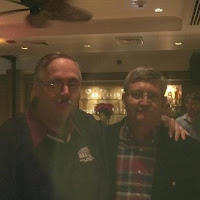 Diane and Vice President Jim Lusk let everyone at the Christmas Party know of My Birthday Announcing it during the Gift Ceremony. They gave me a signed card by the office staff.

What made this more meaningful was The Party was the first one where My New Girlfriend Candy Ebling was in attendance. After hearing my name over the microphone, Candy's beautiful smile and brown eyes were indescribable.

It was neat to have a 50th Birthday Party with Candy alongside of me. You could say it was her coming out party. 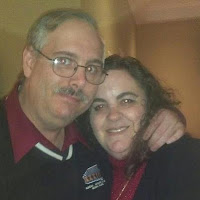 Candy and I have proven that the Detroit Lions and Green Bay Packers can Co-Exist.

In this economy, the Deerfield Beach Observer has done an outstanding job working through their financial challenges to stay in business. Many daily and weekly newspapers have closed down.

Due to the leadership of Publisher David Eller, Lusk and Emeott-Korzen, along with the rest of the staff, they've done an incredible job!

These are the same people that sent me cards and made phone calls when I had major back surgery in June of 2009. Green was always in communication with me then and we remain close friends now.

Just like I can say that thanks to the Observer, I've been proud to have covered The New Orleans Bowl, Motor City Bowl, went to Gator Nation and watch FAU face Florida in Gainesville, had one more game at the Orange Bowl, covered an FAU Basketball Game against the University of Kentucky at Rupp Arena in Lexington, in addition to the Orange Bowl Basketball Classic. Also, the opening of the New On-Campus FAU Football Stadium was memorable.

As time and circumstances change, I will continue writing for the Observer as long as I can and they want me.

Diane and I are both from Michigan therefore, we both have that Special Connection and Bond.

Every year she wants her Super Bowl Story in February and I'm glad to give it to her even if she has to extend the deadline by 24 hours.

But on this night as I sat at a table with Candy, Assistant Editor Rachel Galvin, who is an MVP Behind The Scenes, and Movie Writer Dave Montalbano, who is a great friend, this night was indeed a celebration.

What's made my relationship so special with the Observer is not only do they care about me as a person, but do an excellent job editing my copy. Even thought Rachel said there isn't much editing, it's still nice to have that spare set of eyes, even though I read it several times before submitting it.

In general, the editing is fantastic for this newspaper and the entire production staff does an outstanding job every week.

While I hope I can write additional stories again in the future if advertising increases, I'm quite satisfied with the role that I have and being a part of the Deerfield Beach Observer.

Even though the faces change at the Christmas Party every year, this event is a great way to positively wrap up the calender.

Although the Observer is a weekly that is available to 30,000 readers in homes and businesses throughout Northeast Broward and Southern Palm Beach Counties, they could easily be viewed as a daily with their tremendous effort and professionalism.

I'm extremely proud to be the same age "50" and am pleased to be working with a Class Organization "My Media Family."

Scott Morganroth can be reached at scottsports33@aol.com.
- December 26, 2012