As if I needed another reason to detest New Yorkers, or New York Sports, the Tim Tebow debacle gave me another one.

Former Jets Hall of Fame QB, Joe Namath criticized management because he felt Tebow's acquisition was mainly to grab headlines in the New York tabloids. It's hard to debate Namath because the publicity stunt failed and New York has a 6-9 record going into their final game this weekend. 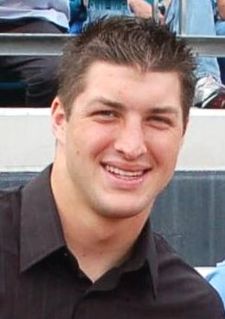 Coach Rex Ryan's tenure in "The Big Apple" will be tied to his underachieving team and could be labeled as a "Big Joke."

A year ago, he criticized his rival the New York Giants bragging that his team was the best in the city.

On December 24, 2011, the Giants lets their Actions Speak Louder Than Their Words hammering the Jets 29-14 as their playoff hopes crashed.

To make matters worse, the Giants won the Super Bowl in February.

How was Ryan going to improve the 2012 Jets? He acquired a QB that won an overtime playoff game against the Pittsburgh Steelers 29-23 on January 8, 2012. Tebow passed for 316 yards against the Steelers.

Tebow defeated Ryan on Thursday Nov 17, 2012 by a 17-13 score as the Broncos were making their playoff run.

When Ryan acquired Tebow during the off-season, he was secretive as to how he'd use him during the season. As it turns out, Rex didn't know how to use Tebow. Neither did former Miami Dolphins Head Coach Tony Sparano, the Jets new offensive coordinator.

Whether Ryan felt Tebow was the answer to the Jets offensive woes is only evidenced by the fact he didn't think Tebow was skilled enough as a signal caller as he thought.

To promote the third string quarterback ahead of the second guy on the depth chart as he did elevating Greg McElroy over Tebow, was disrespectful.

To give-up draft picks, pay millions of dollars for a "Wildcat QB" and "Punt Protector" was stupid!

There are two questions that I base life's lesson's on:

What did Ryan have to lose by starting Tebow the final two games of the season?

He would have had answers for next season as to whether Tebow could have played.

Denver fans learned that while Tebow's play was ugly, it did produce victories. It also gave a passionate fan base and created additional excitement for the Rocky Mountain Region. As I mentioned before, the Broncos earned a playoff win. It put fans in the stands and helped sell more team merchandise. Team owners like both.

While John Elway lived with Tebow Mania, he was determined to get rid of him for a more conventional pro-style type of signal caller. Elway demonstrated enough class to give Tebow options.

It didn't hurt that Elway did a great sales job to land future Hall of Fame QB Peyton Manning, who had a brilliant career with the Indianapolis Colts.

Elway and Coach John Fox did the right thing by Tebow. They made the best of the situation and moved on.

It appears as though that Ryan has made promises he couldn't and didn't keep.

When Ryan eventually gets fired, there will be plenty of opportunities behind the microphone either as a TV Analyst or Public Speaker.

Rex had a great chance with the Jets and simply blew it!

His Actions Never Spoke Louder Than His Words.

On Mike and Mike in the Morning, Hall of Fame Analyst Mike Ditka said it best.

He doesn't blame Tebow for being upset at Ryan and the Jets! He said that Tim should pack his bags and get out of New York ASAP because of the disrespect he had to deal with all-season long.

I couldn't agree with Ditka more since we're talking about a guy that has won championships when he was with the Dallas Cowboys and Chicago Bears.

Ditka gave Doug Flutie and Jim Harbaugh chances to play in the NFL.

They had solid careers and are doing well in their post NFL Lives.

Flutie is doing fine on television while Harbaugh started a successful coaching career in college that has carried over to the NFL. He's done an outstanding job with the San Francisco 49'ers, who are among the favorites to get to the Super Bowl.

I personally don't care about the apparent perception of how Tebow's time in New York is ending.

With the sensationalism associated with the New York Media, how much of this rhetoric is true?

Can Tebow be at least a solid QB in the NFL? Time will tell. But it won't be in New York!

Will he be the answer in Jacksonville? I don't know, but what I do know is he'll get a chance to compete for the starting job with a 2-13 team, which has only one way to go and that's up.

I do know that Tim will work and train very hard in the off-season to prove all his critics wrong.

For Jacksonville fans, that could be a blessing and potentially a financial benefit with all the attention, fans he'll put in that stadium as well as revenue attributed to merchandise sales.

Jacksonville is a strong football town waiting to happen as long as there is a good product on the field.

Everyone should be rooting for Tim because he has no off the field issues and hasn't made headlines for the wrong reasons like we've seen in recent weeks with the tragedies in Dallas and Kansas City.

I hope things work out for him in Jacksonville and every time he faces the Jets, Jacksonville either runs up the score or wins in the final minutes/ seconds.

This way the Jets organization can indeed face the questions, what if or what could have been?

Go ahead Tim, make Mike Ditka, Josh McDaniels who drafted you in Denver and I proud, while Namath looks like a genius because we know the real reason you were acquired.

It's hard to question Namath because in 1969, Broadway Joe led the franchise to their only championship.

Tebow will have a lot more people cheering for him because of his strong character and integrity. We'd all be crazy to root against a man with tremendous morals.

I know Commissioner Roger Goodell would embrace Tebow's success on and off the field.