What did we learn about the Detroit Tigers during Spring Training?

There were several questions going in. Who would be the closer? Were there going to be any surprise additions to the roster? Would Rick Porcello or Drew Smyly become the team's fifth starter? Would Porcello get traded by Opening Day?

These were the story lines that Tigers Manager Jim Leyland had to face daily. In the two games I attended on March 16 in Jupiter versus the St. Louis Cardinals and on March 24 in Port Saint Lucie against the New York Mets, the skipper had no answers during his pre-game meetings with us in the Tigers dugout. 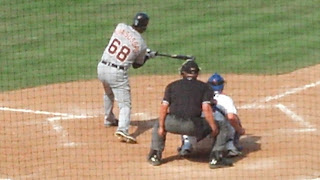 Going into Spring Training, he didn't know much about infielder Matt Tuiasosopo? By opening day, Tuiasosopo made the team's final roster. In 30 games, Tuiasosopo hit .283 with four home runs and 10 RBI in 30 at bats. I saw three of those homers at the games I attended.

Fox analyst Ken Rosenthal told me that he thought the Tigers should make room for both Porcello and Smyly on the roster. A team can never have too much starting pitching on the roster in case of an injury. The Tigers have kept both which was a wise move and one could be traded later to fill a need.

For all of the hype that surrounded Bruce Rondon as the next closer, the Tigers were smart giving him more time to get some seasoning in the minor leagues. Despite a 2-1 record in Spring Training in 13 games in 12.1 innings pitched, giving up 17 hits with a 5.84 ERA would not have accelerated his development.

Now that Leyland knows how to text message, you can rest assure that there will be another outlet for him to find out if his 22-year old right-hander will be pitching in Comerica Park soon.

The Tigers are 7-5 thus far and the expectations have never been higher with the return of Victor Martinez, addition of Torii Hunter, along with a full season of Omar Infante and Anibal Sanchez.

Now that the Tigers have signed Justin Verlander to a long term contract, at least they won't have to deal with that question anymore. If Miguel Cabrera doesn't duplicate his triple crown season of 2012, the key will be for him continue to be a threat in the middle of the order with Prince Fielder and now Martinez protecting him. 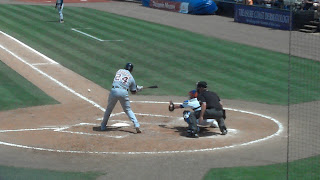 If Cabrera was playing in New York or Philadelphia, these towns would boo him for not having another Triple Crown or an MVP Season.

But for the Tigers home opening season series versus the New Yankees to be televised on Fox and TBS during the weekend, despite the fact that Derek Jeter and Alex Rodriguez aren't in the Bronx Bombers line-up, this means one thing. Not only are these two teams big rivals, but indeed there are  high expectations for Detroit.

I will be curious to see which pitcher emerges in the closer by committee. Thus far, no pitcher has emerged in that role. Brayan Villarreal is struggling with an 0-2 record with nine earned runs in four games. Phil Coke and Smyly each have one save and the team has two for the year.

But we've got a long way to go and it's amazing that we don't know anymore now than we did at the start of Spring Training.

Thankfully, at least baseball isn't a 16-game regular season and 162 games gives a team time to come up with answers.

Scott Morganroth can be reached at scottsports33@aol.com. Photos By Candy Ebling.
- April 14, 2013