This years final two weeks in MLB's drive to the playoffs have many interesting Story Lines.

Inside those Story Lines, there are some great Manager Of The Year Candidates.

There are some perennial losing franchises that have become winners.

The 2013 season can also have a "Back To The Past" theme as certain teams which faced each other in the playoffs in the past, could very well do the same.

Lets start in the American League.

As of this moment there are four teams that are within 2.5 games of the final wild card spot. The current leaders are the Tampa Bay Rays and Texas Rangers.

On the outside looking in are the Cleveland Indians, managed by Terry Francona, the Baltimore Orioles, New York Yankees and the Kansas City Royals. 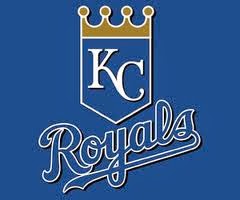 Once upon a time, the Royals and the Yankees faced each other in the playoffs from 1976-78. The Royals only World Series title occurred with late former Yankees Manager Dick Howser in 1985.

After many years of frustration, the Royals have built their team through the farm system and Manager Ned Yost has done a fine job with this squad. Whether Kansas City makes the playoffs is one thing. But the Royals have also created new revenue streams as they renovated Kauffman Stadium for $250 million.

Despite being known as a small market franchise, things are looking good for Kansas City, and who knows, perhaps they will face the Yankees again in future postseasons.

For now, Royals fans are just happy that they can talk about baseball late into September and don't care who they meet in the playoffs. They just want to get there.

In Cleveland, Francona has definitely done a fine job in his first year as Indians skipper. Buck Showalter led the Baltimore Orioles to the playoffs last year and just simply wins every where he manages. Being in the toughest division in baseball makes his work even more impressive. Despite injuries and performance enhancing drugs distractions, I give the New York Yankees a lot of credit for still being in the pennant chase.

In the National League, there are only two teams to talk about.

We're in the "Back To The Past" theme.

In any other season, the Manager of The Year Candidates can come from a group consisting of Francona, Joe Girardi, whose done a masterful job dealing with adversity, and Yost, who could still be a possibility.

The two candidates who are my odds on favorite to win the award are Boston Red Sox Pilot John Farrell, who has his team in first place in the American League East. The one-time Boston Pitching Coach inherited a 69-93 squad which suffered it's first losing season since 1997 and worst since 1965. Now they're certainly the front runner to win the World Series. 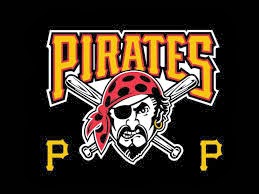 The man that I believe Will Win the Manager Of The Year is Pittsburgh Pirates Manager Clint Hurdle. In 2007, Hurdle led the Colorado Rockies to the franchises' first World Series appearance. Colorado was swept by the Red Sox 4-0.

This seasons managing job has been monumental for Hurdle as the Pirates have snapped a 20-consecutive losing seasons mark, the largest in North American professional sports history.

The Pirates likely opponent in the playoffs could be the Cincinnati Reds.

Back in the 1970's, these two rivals played in Three Rivers Stadium (Pittsburgh) and Riverfront Stadium (Cincinnati). Both stadiums had artificial turf. They both had some great Hall Of Fame players. Willie Stargell, Roberto Clemente and Johnny Bench were a few.

It will be neat to see how these Feel Good Story Lines turnout as well as which Manager is honored.

Email ThisBlogThis!Share to TwitterShare to FacebookShare to Pinterest
Labels: Back To The Past, Buck Showalter, Clint Hurdle, Dick Howser, John Farrell, Manager Of The Year, Small Market, Sparky Anderson