During the past week there have been some interesting headlines on the Sports Scene.

Here are six that standout. 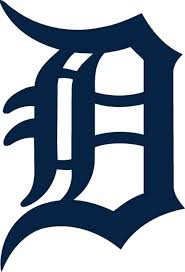 1. I don't put too much stock in the Boston Red Sox 20-4 victory over the Detroit Tigers Wednesday Night. Despite the fact that the Red Sox hit a club record eight home runs in the game, for Detroit, this only counts as one loss. Some of those home runs occurred on the right field line. It's called Pesky's Pole and it stands 302 feet from home plate. This is the shortest outfield distance, left or right field in Major League Baseball. These two teams could very well meet in the post season. The Red Sox are currently 85-57 while the Tigers are 81-59 so it would be to Detroit's benefit to at least win more games than Boston so they would have home field advantage at spacious Comerica Park. Detroit could get a break if Boston is eliminated before they meet.

2. I'm glad that the Pittsburgh Pirates finally secured a winning season ending their 20-year futility streak of being a sub .500 team. The Pirates, 81-58, are definitely the feel good story of the year led by the leadership of Manager Clint Hurdle. If the number had reached 21, this would have been sad because Pirates Hall Of Fame Outfielder Roberto Clemente wore it. But thankfully this never happened. For years this team made trades at the deadlines to help contenders. This season, the Pirates made trades as they get ready for their first postseason since 1992. I wish them well except if they face the Detroit Tigers.

3. It's no crime to get hammered by the Denver Broncos in the NFL Season Opener Thursday Night. When Broncos QB Peyton Manning throws for 462 yards and seven touchdowns in the Baltimore Raven's 49-27 bashing, the largest loss by a Super Bowl Champion in NFL history, just look to next week's home opener against the Cleveland Browns. Manning's seven touchdown passes tied an NFL record for most in a game. He joined Joe Kapp  (1969), Y.A. Tittle (1962), George Blanda (1961), Adrian Burk (1954), and Sid Luckman (1943). Manning became the second player in NFL history to have seven touchdown passes zero interceptions joining Tittle.

4. Florida Atlantic University (FAU) loses the first of their four-game series against the Miami Hurricanes on Friday August 30, 2013 at Joe Robbie Stadium 34-6. FAU used three QB's in their new Spread Offense. I will be curious to see how many games it takes for Owls Coach Carl Pelini to find his starter. On Thursday Night, FAU dropped to 0-2 by losing on the road to East Carolina 31-13. Next for FAU, a trip to Tampa to face My Alma-Mater the University of South Florida Bulls on Saturday, September 14, 2013.

5. Western Kentucky University Hilltoppers Coach Bobby Petrino made an impressive debut on Saturday August 31, 2013 playing in Nashville, Tenn. A crowd of 47,623 fans at the Tennessee Titans home LP Field with plenty of WKU fans in attendance, saw the Hilltoppers defeat in-state rival the Kentucky Wildcats for the second straight year. This time the score was 35-26. Western Kentucky out gained Kentucky 487-419 in total offense and held the ball for 35 minutes. Western Kentucky's Football Stadium has a capacity of 22,000. This turned out to be a good financial move to play the game in Nashville.

In his career, Petrino is undefeated in season openers, improving to 9-0. When he's had more than a week to prepare for an opponent, he's 28-8 in such games. The former Louisville coach is now 5-1 against Kentucky. His lone loss occurred when he was the head coach at Arkansas.

Petrino, 52, was fired from Arkansas in April of 2012 for misleading school officials about a motorcycle accident that revealed his mistress was a passenger and employed by the coach.

His overall college record is 76-26 and is 4-3 in Bowls. Petrino landed the Western Kentucky job when coach Willie Taggart was hired by USF.

We'll see if Bobby is smart enough to not blow this opportunity.

Petrino's team gets another SEC opponent this time as they travel to Knoxville and face the Tennessee Volunteers in front of 100,000 plus fans on Saturday.

If he wins this game, he could be elected Mayor of Bowling Green, KY.

6. As we approach September 11 this week and remember the tragedy that changed all of our lives, I commend the Arizona State Sun Devils for honoring a legendary alumnus. At Sun Devil Stadium, Tillman Tunnel welcomes the Sun Devils. The Tunnel has received a recent makeover complete with inspirational signage a PT-42 "The Heart Of A Champion" logo and a photo veil of Tillman.

Eight months after the September 11 attacks, Pat Tillman turned down a $3.6 million contract offer from the Arizona Cardinals  to enlist in the U.S. Army. He became a Ranger but was killed in a friendly fire incident in Afghanistan in 2004.