A year ago, the Baltimore Ravens defeated the San Francisco 49'ers at the New Orleans Superdome.

Since that time, there has been some shifting for the Detroit Coaching/Managerial Scene.

I'll take this team by team.

The Detroit Pistons hired Lawrence Frank on August 3, 2011. In two seasons he compiled a 54-94 mark and Detroit missed the playoffs both campaigns.

Termination Day came on April 18, 2013 as the Pistons Management became fed up with his inability to communicate with players.

On June 28, 2013, Brooklyn Nets rookie Head Coach Jason Kidd hired Frank to be his lead assistant and his right-hand man. It didn't take long for Kidd to get fed-up with Frank as he banned him from games and practices on December 3, 2013. Now Frank has been demoted to filing team evaluation reports.

The Pistons hired Maurice Cheeks as his replacement and there is no doubt he's an upgrade over Frank.

The Detroit Tigers managerial change wasn't of their own choosing. Jim Leyland decided to retire with a 700-597 record on October 21, 2013.He led Detroit to a pair of World Series appearances. Leyland guided Detroit to four playoff appearances which is the most in team history.

On January 8, 2014, Leyland was named as a Special Assistant to Tigers President, CEO and GM Dave Dombrowski. I had a feeling that he couldn't totally stay away. 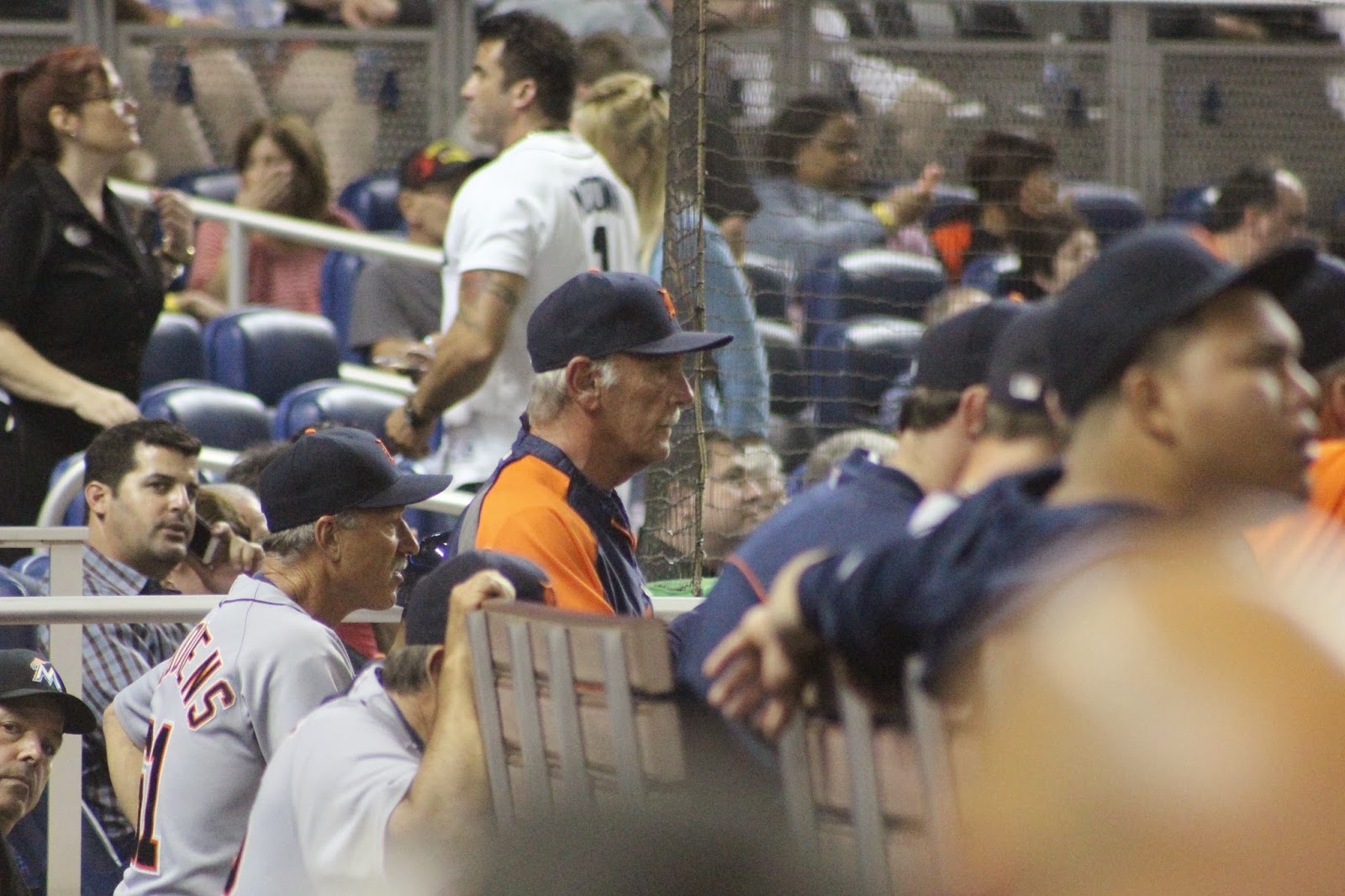 Meanwhile, Brad Ausmus has been hired to replace Leyland. He appears to have assembled a good coaching staff. I'm pleased that Ausmus retained Pitching Coach Jeff Jones and Bench Coach Gene Lamont. These were the two areas which needed to maintain continuity.

He was a highly coveted hire when he joined Detroit as the Tennessee Titans former defensive coordinator. His Lions record is somewhat deceiving because he inherited an 0-16 team without a franchise quarterback.

As much as people like to criticize the Ford Family because of the Lions woeful record over the years, the only thing I'll say is they don't meddle with their coaches and don't lack patience. That's why many NFL People thought it was one of the best jobs available.

The only major coaching move which bothered me over the years was when Detroit had a chance to hire Assistant Coach Chuck Knox but elected to go with Monte Clark. Knox went on to coach the Los Angeles Rams and had good success while the Lions struggled with Clark. The only exciting players worth watching in the Clark era were Running Back Billy Sims and QB Gary Danielson.

I know a lot of people seem to be criticizing the Jim Caldwell hire. But hold on because while this might not be the most sexy big name guy, he comes with great credentials and recommendations from future Hall of Fame Coach Tony Dungy, former Indianapolis Colts GM Bill Polian, Future Hall of Fame QB Peyton Manning along with many others. Caldwell is known for his calm demeanor.

Caldwell led the Colts to a Super Bowl appearance as a head coach, and has won others as an assistant coach. He has an excellent reputation developing signal callers and as long as he hires assistant coaches that can only enhance the development of Matt Stafford, I have a feeling that many critics will be eating their words.

Caldwell may not be the quote machine that My Fellow Media Members want, but I'm sure My Detroit Colleagues will trade the quotes for an opportunity to see the Lions reach the Super Bowl.

The Only Team which hasn't made a change and I wouldn't foresee it in the future are the Detroit Red Wings. They are the Model Franchise in this city. They have won four championships with two coaches in Scotty Bowman and Mike Babcock.

Babcock is doing one of the best coaching jobs I've ever seen because he's had only two players that have participated in all the team's games. The Red Wings made the playoffs on the last game of the Regular Season and reached the Western Conference Finals only to lose to eventual eventual champs, the Chicago Blackhawks,.

I have a feeling the Wings consecutive playoff streak will increase to 23-years with a hot streak and getting some players back from injuries. If Detroit can keep winning, who knows, they could take this playoff streak into the New Olympia Stadium in a few years.

In the meantime, I'll be curious to see how these three new coaches perform a year from now.