There is hope for the Chicago Cubs as long droughts do come to an end.

Ask LA Dodgers Outfielder Yasiel Puig, as he became the first Dodger with three triples in a game in 103 years.

Puig accomplished this feat in the Dodgers 8-0 thrashing of the San Francisco Giants Friday Night at AT&T Park in The Bay Area. He went 4-5 with his other hit being a double.

Puig's three triples in one game tied a modern major league record held by 44 other men.

The Greatest Broadcaster of All-Time is returning for his 66th season in 2015 for the Dodgers.

Vin Scully named Puig "The Wild Horse" and this is one of the reasons This Great American Broadcasting Treasure is returning.

When Scully began with the Brooklyn Dodgers, there were only 16 teams playing Major League Baseball with two reaching the playoffs. Now there are 30 teams with more multiple tiers to reach the World Series.

There aren't enough words to describe Scully's return, but I'll use a few: Unbelievable, Tremendous and Awesome Baby!

From two LA Story lines to a third.

I'm glad that Shelley Sterling was able to defeat her Racist soon to be ex-husband Donald in the courtroom Monday, which paves the way for the Clippers to be sold for $2 Billion to former Microsoft CEO Steve Ballmer.

The NBA was smart to stay in the background and patiently wait until the legal process played out. The NBAPA also did a nice job remaining low-keyed and not pressing the matter.

I don't need to pile on and hammer Donald Sterling because he hung himself.

But one thing which infuriates me was how he had the nerve to drag Magic Johnson into the controversy.

I've always believed that Magic Johnson was one of two players that saved the NBA when he entered the league in 1980 after winning an NCAA Championship for the Michigan State Spartans.

He's an LA Icon and was the Ringleader for The Showtime LA Lakers which won five championships.

He's part of the LA Dodgers ownership group and has succeeded in many other business ventures.

I've always been told that you have to know when to pick your battles.

Sterling shouldn't have picked a battle with Johnson and NBA Commissioner Adam Silver made this clear when he banned Donald for life and also apologized to Johnson for Sterling's thunderous tongue.

Writing an essay to Sports Illustrated instead of holding a Press Conference or TV Show was a great move.

Whether Cleveland wins it's first championship since 1964 when the Browns celebrated remains to be seen. Winning a championship will definitely get him a statue in multiple places.

I have no problem with James wearing his No. 23 Jersey because that's what he's known for. I actually hope that the Cavaliers charge more money for his jersey, especially to those knuckleheads that burned it before when he signed with the Miami Heat.

In an ESPN.com article, James tried to justify to Michael Jordan about wearing the No.23.

James said, "There would be no LeBron James, No Kobe Bryant, No Dwyane Wade if there wasn't Michael Jordan first."

Part of this is true, but LeBron needs a History Lesson because without Magic Johnson, and Larry Bird, there would be no Michael Jordan.

Has LeBron ever heard of the words Tape Delay?

The NBA Finals were broadcast on Tape Delay on CBS before Magic and Larry entered the league.

I remember watching these games after work when I was employed by The Highland House Restaurant in Michigan during the late 1970's.

I remember a segment on Mike and Mike In The Morning on ESPN 2 about Cities With Long Championship Droughts. 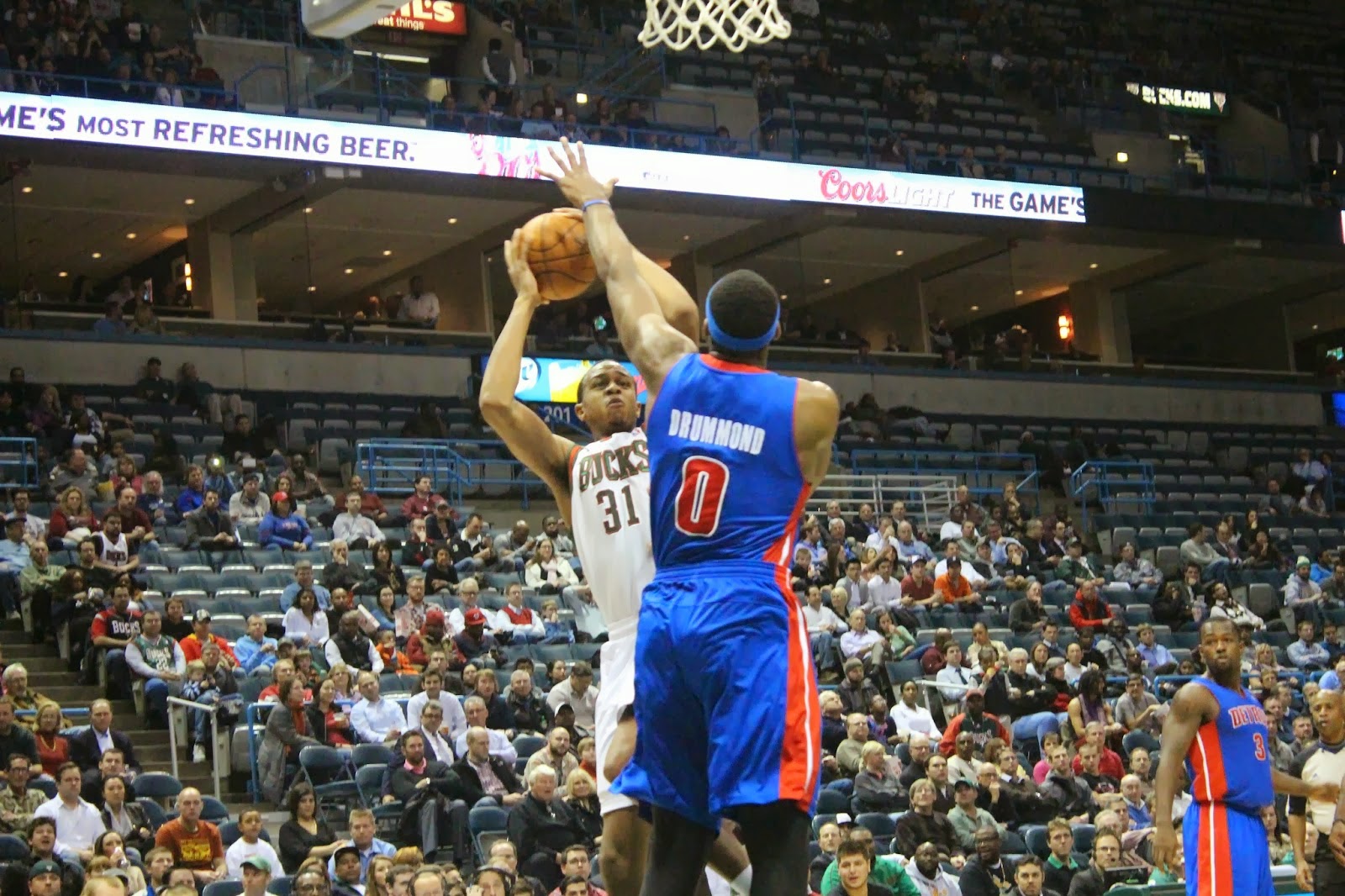 Somehow, Milwaukee was brought up because the Bucks won a title in 1971.

For some reason, I think Milwaukee should be left out of this for a couple reasons.

First, years ago, The Green Bay Packers used to play a few home games at the now demolished County Stadium.

Second, the Packers have an office in Milwaukee and have season ticket holders from the Metro Area.

The Green Bay Packers are the team for All of Wisconsin.

Finally, Speaking of the Bucks, they had a great pick by snapping up Duke's Jabari Parker, No. 2 overall in June. There is no doubt in my mind that new Bucks Coach Jason Kidd will do an excellent job mentoring Parker, who apparently tanked a workout so Cleveland wouldn't draft him. 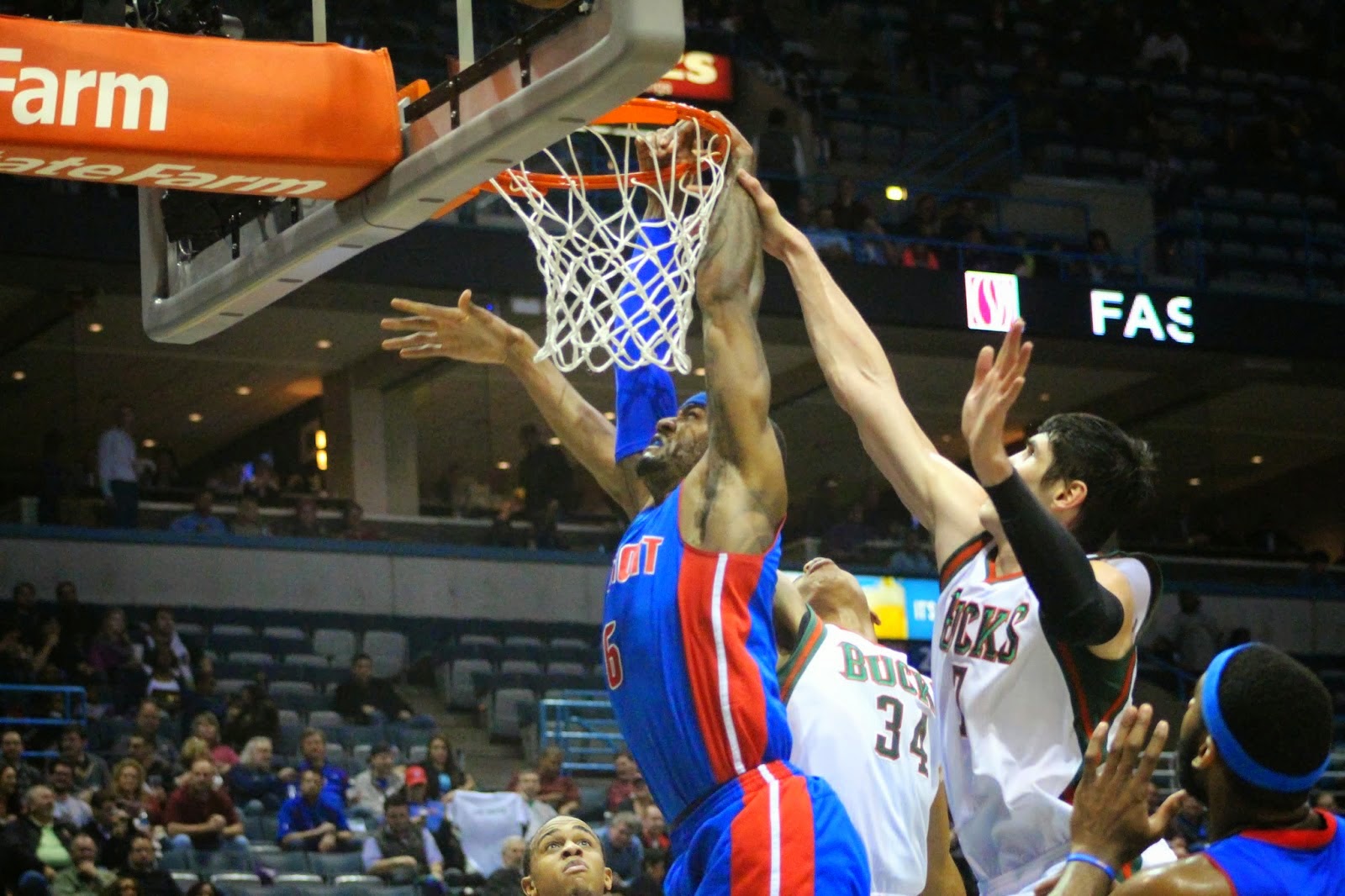 Parker wanted to play in Milwaukee which is 1 1/2 hours north of his hometown of Chicago. He got his wish! Parker will have company in Milwaukee, as former Duke Assistant Coach Steve Wojciechowski is the head coach of Marquette. I have a feeling that Parker will get some practice time with his former coach which can only add to his support system as he launches his NBA Career.

Now he's the cornerstone of the franchise, which needs a desperate shot in the arm.

This team needs to win quick to build enthusiasm so it will make it easier for the new owners to get a stadium built.

I don't see many young or veteran players that are clamoring to play in Milwaukee. Back in the early 1970's Kareem Abdul Jabbar wanted to leave and play in a major market.

It will be interesting to see if James and Parker can utilize their skills and drawing power to make these smaller markets appealing to recruit other players. Winning, not major markets can also lead to landing future endorsement opportunities.