When did it sink in that football season has returned?

Was it the Hall Of Fame Induction Ceremony from Canton, Ohio last night followed by the game tonight featuring the New York Giants and the Buffalo Bills?

Last Night, Candy and I selected players in a Fantasy Football Draft, the first of three leagues that we'll be participating in this year.

During a four day stay at JFK Medical Center due to Pneumonia, I had a chance to prepare for football season as I watched constant training camp reports and took notes.

Whatever it is, Football is Back.

Here are a few points worth mentioning.

The Pittsburgh Steelers have announced they will retire "Mean" Joe Greene's No. 75 in a ceremony on November 2, when they host Baltimore at Heinz Field.

I'm surprised it's taken so long for this to happen. It's unfortunate that Greene's former head coach Chuck Noll won't be around to see it. Noll died on June 13, 2014 at the age of 82.

Also, it's too bad Greene wasn't an assistant coach these days because the Rooney Rule, which was established in 2003, requires teams to interview minority candidates for top coaching and football related jobs, and would have given him a shot to interview for a head coaching position.

He was mentored by Don Shula and Noll, who have six Super Bowl titles between them. Shula won 347 games and Noll has 209 victories and both are in the Pro Football Hall of Fame.

Thompson deserves the security because he had the thankless job of overseeing the Brett Favre passing of the torch transition to Aaron Rodgers.

That would have been a tough task for any executive. Last year, the Packers survived an abundance of injuries, juggled quarterbacks, in addition to the Detroit Lions late season collapse to reach the playoffs.

Green Bay is expected to be a favorite to reach the post-season again.

Finally, we had the good pleasure of covering the Capital One Bowl in Orlando, FL featuring the Wisconsin Badgers against the South Carolina Gamecocks.

I spoke with a player who could have helped any NFL team but he decided not to pursue professional football. 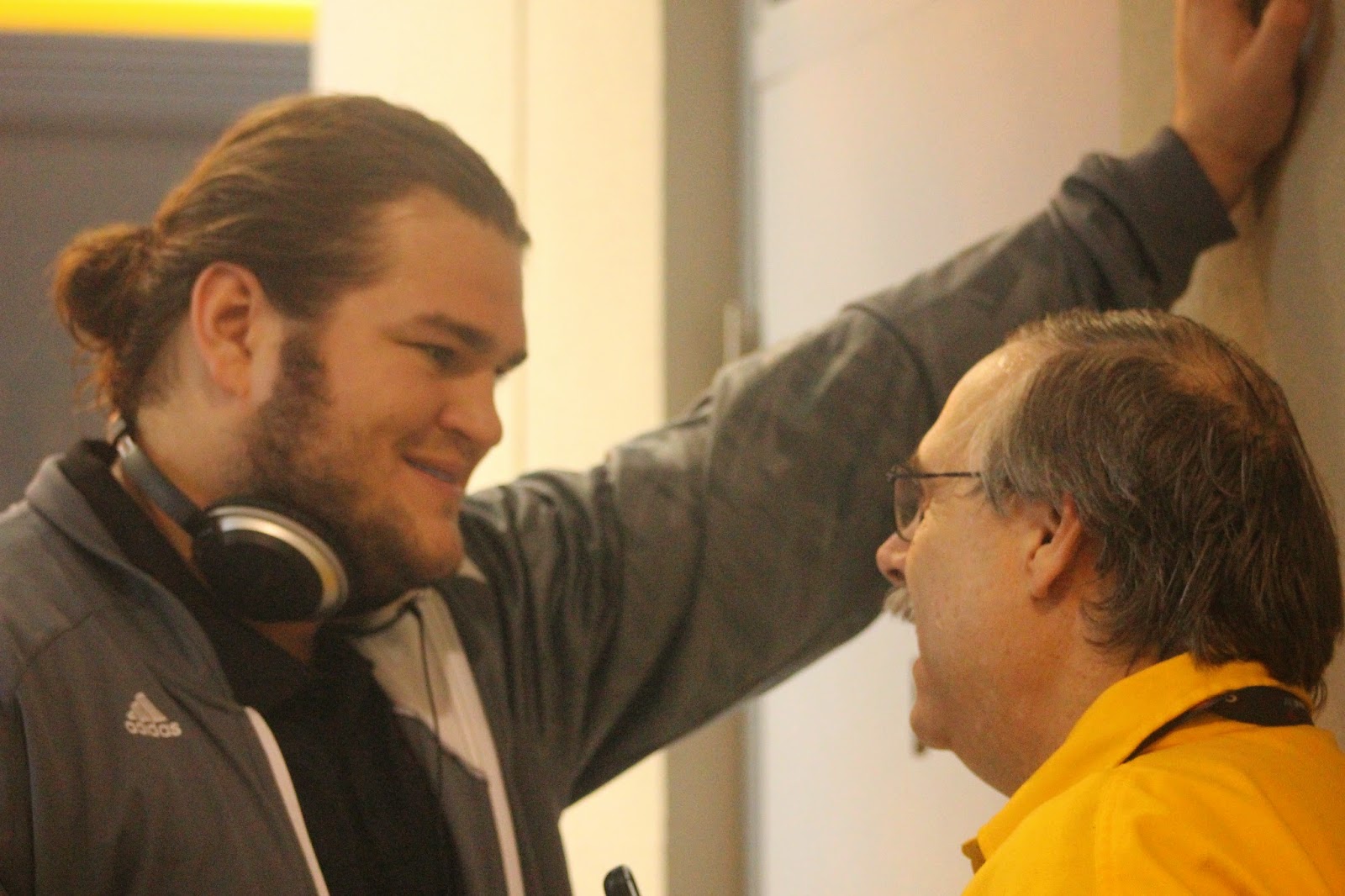 His name is Zac Matthias, a 6-5, 318 pound offensive lineman from Hemlock, MI.

Matthias (pictured with me) told me after the game that he already had a job lined up after he graduated this year. He didn't want to be bothered with the NFL Scouting Combine, Pro Day's therefore, any thought of being drafted or being an non-drafted free agent was never on his mind.

Matthias wasn't looking to follow the footsteps of a former Badger Offensive Lineman Joe Thomas, at a school which is known for producing running backs as well as offensive linemen. A few running backs that come to mind include, Alan "Iron Horse" Ameche, Ron Dayne and Montee Ball.

While Thomas is performing well for the Cleveland Browns, Matthias, decided to live a normal life not electing to be subjected to concussions, knee, shoulder injuries, etc...

Matthias has elected to use his brain and defines what the true meaning of the words, Student Athlete, which gets lost in collegiate sports. Student Athlete is overshadowed by wins, losses and national championships.

So when you don't hear Matthias name during the preseason or in the regular season, just remember that he's just trying to make a living off the gridiron.

How refreshing is this?