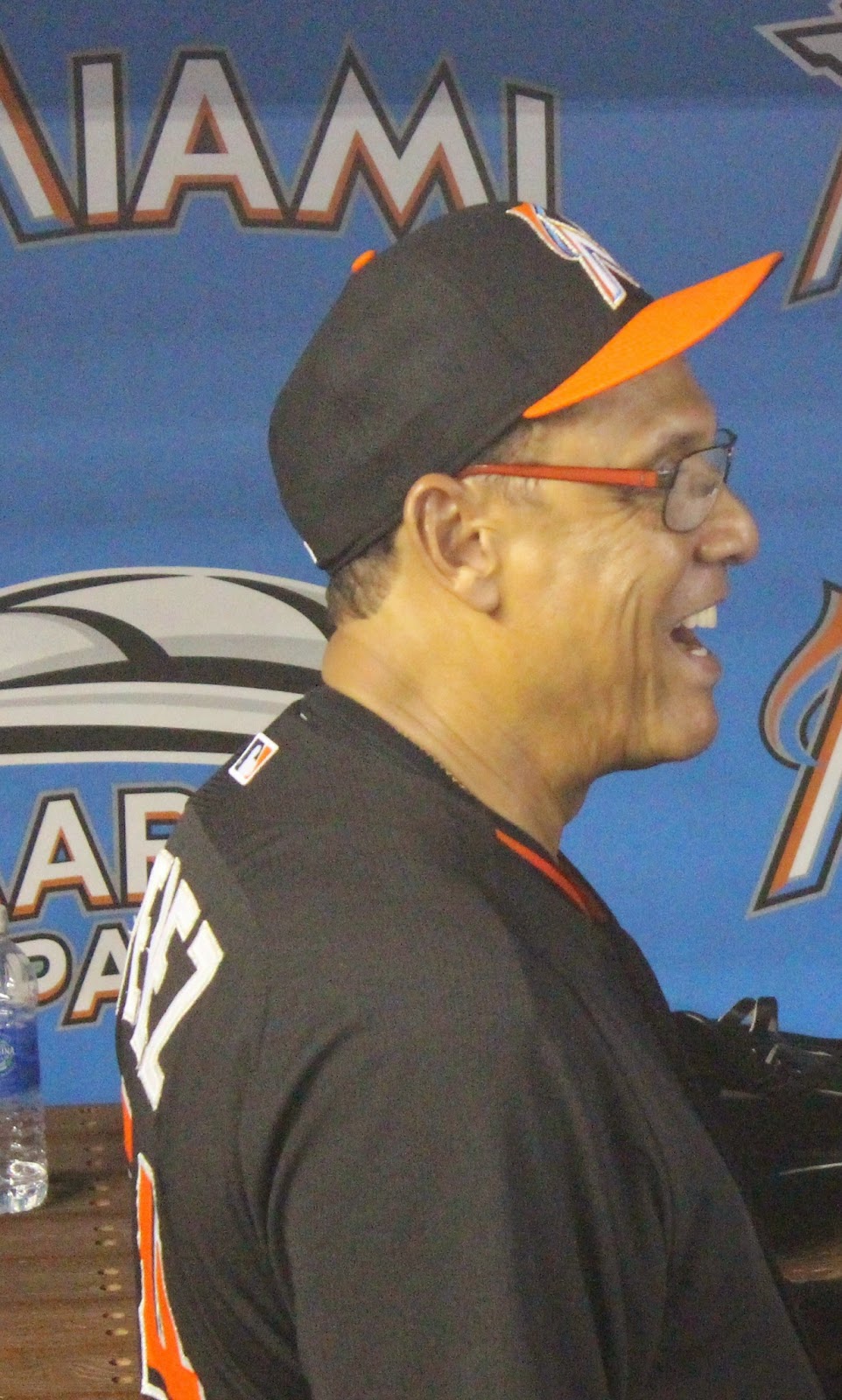 The Miami Marlins don't have any Hall Of Fame Players in Cooperstown, NY, but they do have one in the front office.

His name is Tony Perez, 72, the Cuban native, who serves as the Assistant to The General Manager.

Perez has also appeared in seven All-Star Games and has won three World Championships with the Reds.

Two of those titles were with the Big Red Machine in 1975-76 managed by former Tigers Skipper Sparky Anderson. The other championship was as hitting coach for the 1990 Reds. 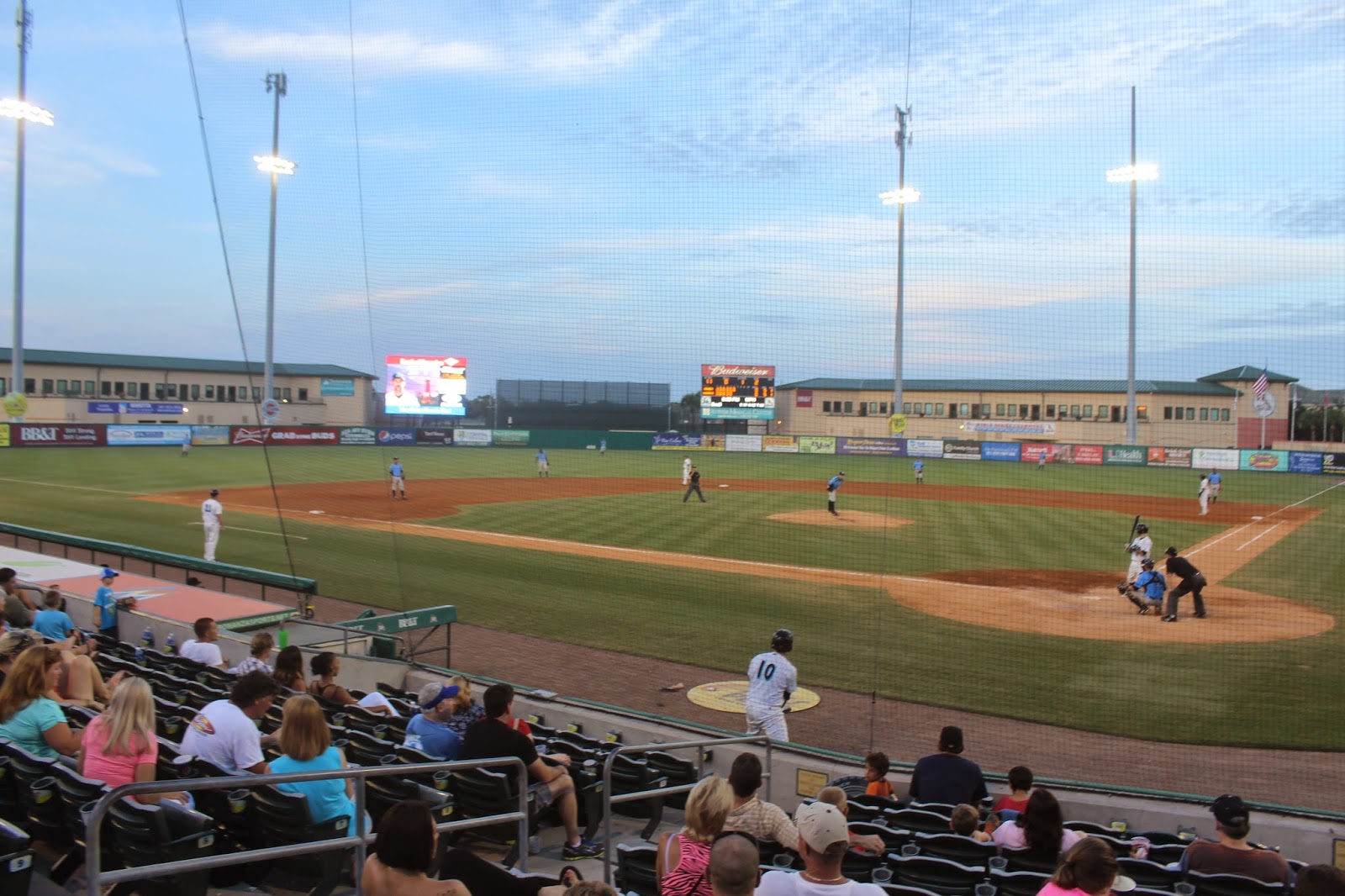 Like former Detroit Tiger Joe Coleman, who is the pitching coach for the Jupiter Hammerheads that play in Palm Beach County at Roger Dean Stadium (photographed), Perez is a baseball lifer.

Perez and I recently talked about his career and life with the Marlins in this Exclusive Interview.

Q: How much did your days mean to you as a member of the Big Red Machine?

A: They were great days. We had a great team, guys that can go out and play everyday and win. There were so many great players like Johnny Bench, Pete Rose, Joe Morgan, Dave Concepcion, George Foster, Ken Griffey Sr. and Cesar Geronimo. Everybody on that team was great. Sparky Anderson was a great manager. We just went out to play everyday and win.

Q: Doesn't it seem like yesterday that you were playing? You look great at 72.

A: It's been a few years, but I still remember those days and I don't feel that old, but it's been over 30 years. But you never forget when you play that good, and win, plus you have super teammates.

Q: Lets talk about your existing situation with the Miami Marlins. I know they struggled the past couple years. The last time I was at this ballpark was on September 29, 2013 when they completed a three-game sweep of the Detroit Tigers, which culminated with the Henderson Alvarez 1-0 no-hitter. The Marlins finished the season 62-100 with a .383 winning percentage, 34 games back of National League East Champions, The Atlanta Braves. How much have they grown?

A: This year, we've grown a lot. We have some younger players who are improving and helping us. Our pitching has been good. We've struggled in the last three years in last place, but that's happened to us over the years. I've been with the organization since 1993 and we've changed owners and stuff like that. We trade people and we change everything.

This year from now on, we're going to be a more successful team on the field. That's what we do and we'll play a lot of good young players to do it.

Q: How difficult has it been for the Marlins since they've changed ownership multiple times to create a steady following with the fan base since they've moved many star players including current Tigers MVP Miguel Cabrera and former Detroit catcher Ivan "Pudge Rodriguez? In Cincinnati, you didn't have that problem like you do in Miami.

A: The fans have been good this year. Before, we made some big trades and the fans got real mad and they stayed away from the ballpark. Now they're starting to come back. We have a better relationship with the fans because we have a better team and they realize that we acquired good young players in those trades that are playing much better. I think they understand we made good baseball trades.

Q: Do you see this ownership staying with the good core of young players instead of trading them?

Q: You went from Joe Robbie Stadium to Marlins Park. What's it been like changing venues?

A: It's been a big change. This ballpark is one of the best ballparks in the league. It's great, the fans love it and every ballplayer loves it. I think they will come back. This ballpark helps us because the other stadium wasn't a baseball park.

Q: How are you feeling these days?

A: I feel great. I enjoy spending time with the team, doing a lot of exercises, cardio and stuff like that. I feel like I'm 50.

Q How much money do you think you'd be worth under today's pay scale?

A: I don't think about that. I can't complain about my career. I played with great teams, great teammates, and I did win a couple World Series with the Cincinnati Reds. I played in All-Star Games and I'm in The Hall Of Fame. I can't ask for anything more from this game.

Q: Since Marlins Park is located in South Miami, do you see it selling out a lot?

A: We have to create sellouts here. We've been only here 21 years and we've never had fans here because baseball has never been big in this town. Now with all the little kids, they are Marlins fans and maybe in 15-20 years, they'll have the same type of good following like they do in other cities.

A: Oh yes. I think if we start winning here, we'll see that.

As of this posting, the Marlins are currently at the .500 mark with a 62-62 record matching last year's win total and are 8.5 games back of division leading the Washington Nationals.

Former Tigers Pitching Coach Chuck Hernandez is leading the young hurlers and Miami features one of the best young managers in baseball in Mike Redmond. It will be interesting to see if this team gets into the playoffs, but they've come a long way since the Fall of 2013.