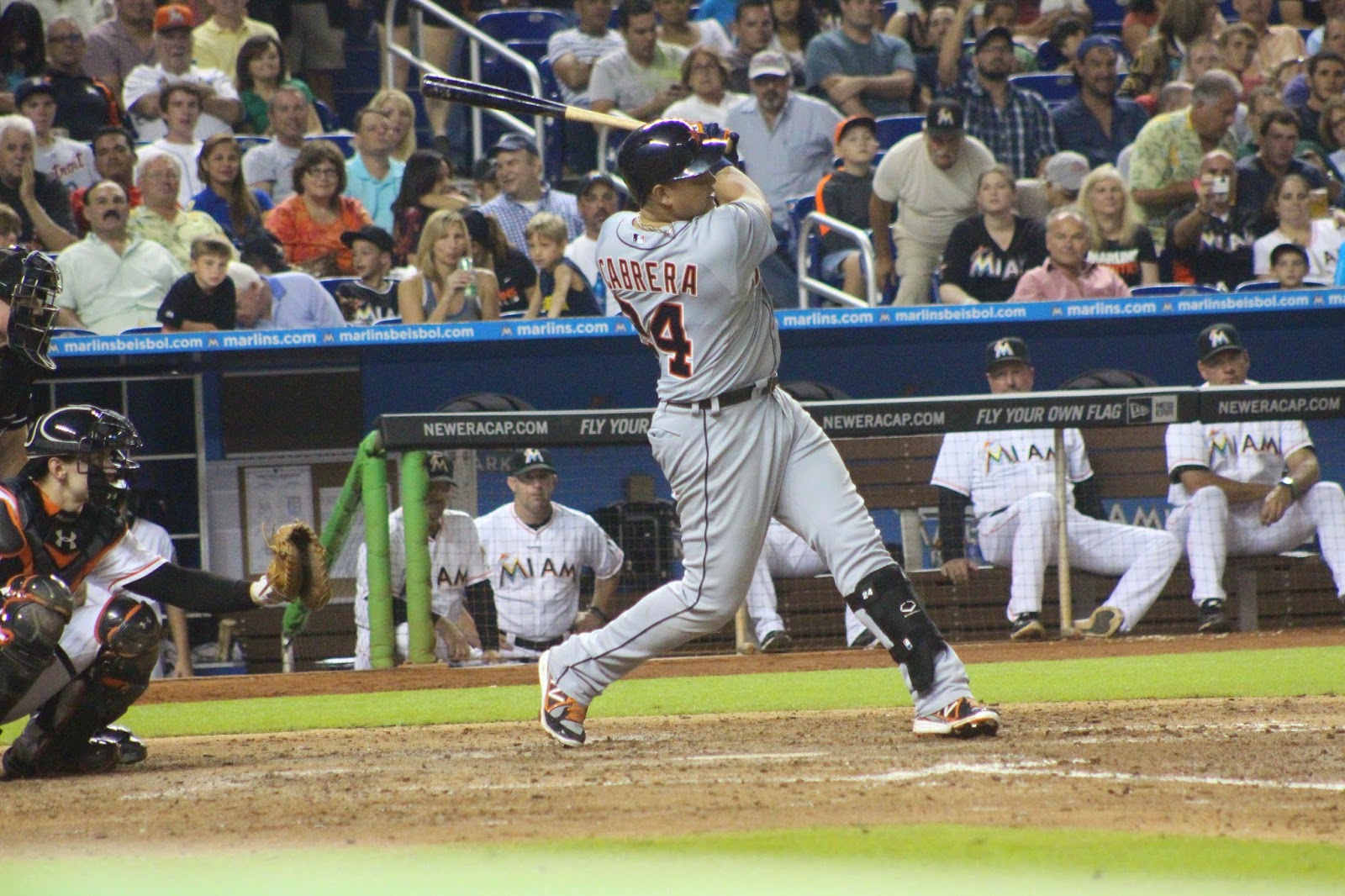 As teams make their push to get into the Baseball Playoffs, there are some interesting Story Lines worth mentioning before the conclusion of the 2014 season.

On Friday Night, Miguel Cabrera hit career home run No. 390, tying him with Graig Nettles for 58th in Major League History. On April 18, 2015, Cabrera will turn 32 and I wouldn't be surprised if he passes Mr. Tiger Al Kaline (399) by the end of the month or in early May.

It was very disappointing to hear that the Arizona Diamondbacks fired Manager Kirk Gibson and Bench Coach Alan Trammell on Friday. The former Tiger stars had a solid run in Arizona.

In four plus seasons with the Diamondbacks, Gibson led Arizona to a 353-375 mark. He won an NL West Division Title in 2011 with a 94-68 record as well as Manager of The Year.

The following two years, Arizona was 81-81, but unfortunately, due to some questionable front office trades and a rash of injuries, the Diamondbacks stumbled badly this season to a 63-96 mark before Gibson was let go by Arizona Chief Baseball Officer Tony LaRussa.

It was inevitable that when former Diamondbacks General Manager Kevin Towers was fired three weeks ago, that Gibson's days were numbered. LaRussa and his newly hired General Manager Dave Stewart were destined to seek a fresh start.

But for whatever it's worth, the Diamondbacks previously fired Oakland A's Manager Bob Melvin and it's safe to say, the folks in the East Bay have been happy with the skipper.

With a good front office, if there is anybody worthy of another opportunity, it's Gibson. He's one of the greatest competitors in baseball and his young players in Arizona admired him. There are going to be some open managerial jobs this fall, I hope Gibson lands one of them.

There has been a lot of talk about the Farewell Tour of legendary New York Yankees Shortstop Derek Jeter and rightfully so.

But on the South Side of Chicago, another player is quietly retiring. His name is Paul Konerko of the White Sox. Whether Konerko ever gets into the Baseball Hall of Fame remains to be seen by the Baseball Writers. Since his first season with the White Sox in 1999, Konerko has been an All-Star six times, won a World Series in 2005 and has been the team captain since 2006.

Despite watching his team falter late in the season, Milwaukee Brewers Owner Mark Attanasio gave his own tribute to outgoing Baseball Commissioner Bud Selig by retiring uniform No. 1 at Miller Park. This will happen in 2015.

Back in 1969, Selig moved the Seattle Pilots to Wisconsin and they began play in April of 1970 at Milwaukee's County Stadium. 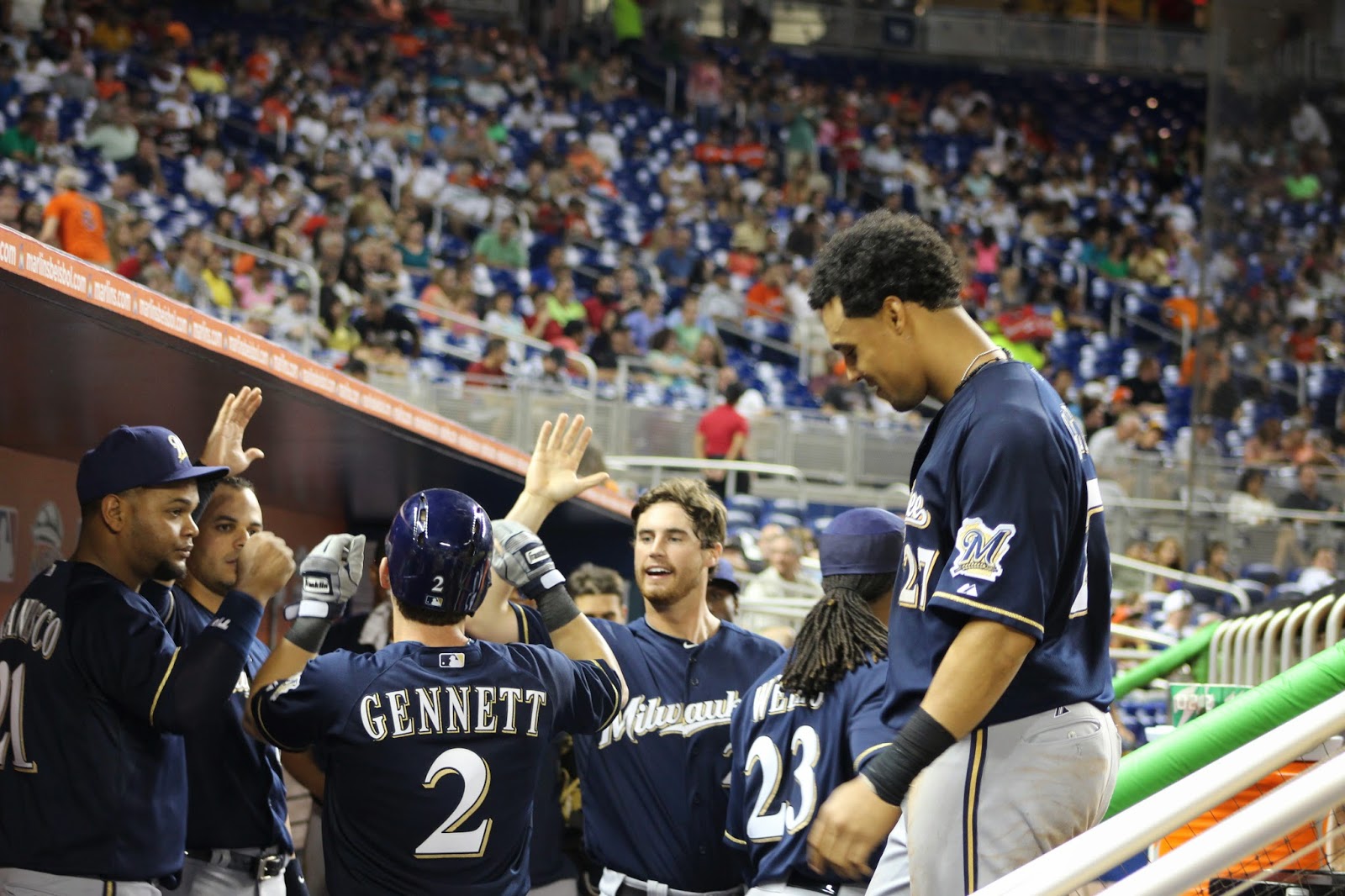 Milwaukee was a National League City when the Braves called Wisconsin it's home from 1953-1965.

The Brewers lone World Series appearance was as an American League team and they lost a classic to the St. Louis Cardinals 4-3 in 1982.

During Selig's ownership, Robin Yount played his entire career with the Brewers while fellow Hall of Famer Paul Molitor had a great run as both played big roles in the franchise's history as well as their contributions in the World Series.

Former Milwaukee Braves Outfielder Hank Aaron finished his Hall of Fame career with the Brewers. Two other Hall of Fame players include Rollie Fingers and Don Sutton, along with legendary Announcer Bob Uecker.

In his role as commissioner, Selig had an office in Milwaukee as well as in New York.

He proved that a good owner can make it in a small market and this tribute that will be paid is Very Deserving!

Without Selig, there wouldn't be Miller Park, let alone another franchise in Milwaukee.

Finally, a year ago when Selig suspended New York Yankees third baseman Alex Rodriguez for 162 games, which turned out to be the entire 2014 season, due to the Biogenesis Baseball Scandal, I thought this guy's career was in serious jeopardy.

But with Jeter's retirement and the Yankees 83-78 mark, plus not making the playoffs for the second straight year, New York needs Rodriguez back.

They saved $25 million for Rodriguez's salary in 2014 and the 39-year-old has three years left on his contract.

In the end, nobody will care about his tarnished milestones. Rodriguez will never be inducted into the Baseball Hall of Fame because he's already in the Public Hall of Shame.

With Jeter gone, who will play shortstop for the Yankees?

Rodriguez used to play the position before moving to third base.

He's had two hip operations, but would Rodriguez return to shortstop next summer when he turns 40 on July 27, 2015?

It's a thought but perhaps a long shot.

But at least Jeter won't be around for the Rodriguez Circus. He knew when to walk away from baseball on his own terms and not due to injury.

Is baseball ready for Alex Rodriguez in 2015?

But the guy served his punishment.

I have a feeling that the hardcore Yankees fans will show a compassionate side and welcome him back with open arms.

Then they'll boo him again when he strikes out with the bases loaded and he'll feel at home again getting booed by millions then questioned or second guessed by the tons of The Big Apple Media.

But once again, the Yankees really do need Rodriguez back.

Scott Morganroth can be reached at www.scottsports33.com.
- September 28, 2014