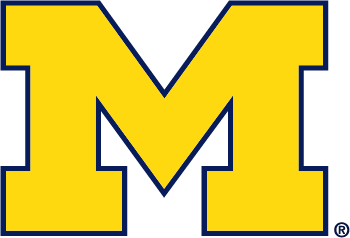 It is very rare that I would pass on a Michigan VS Ohio State contest to go Holiday Shopping with My Girlfriend.

But when the Wolverines are 21-point underdogs and this is likely going to be Coach Brady Hoke's last game, then I'm not interested in watching a Swan Song.

After Michigan's 23-16 loss to Maryland Saturday, the Wolverines dropped to 5-6 and this was their best chance to become Bowl Eligible.

Right now Ohio State is hungry and they need this game to give them a punchers chance to reach the Final Four to have an opportunity at winning the National Championship in January in Dallas at AT&T Stadium.

A win over Michigan would put Ohio State in the Big Ten Championship against Minnesota or Wisconsin.

Hoke's record is currently 31-19, however in the past three seasons, he's 20-17. Top recruits are changing their minds about going to U-M and looking elsewhere.

The Big Ten needs Michigan to be a top rated school because the All-Time Winningest Program only enhances the conferences credibility. Football in The State of Michigan is a better place when the Wolverines are winning.

Assuming that Hoke is terminated, I've decided to make some suggestions on who could roam the sidelines at "The Big House."

1. Mike Stoops is the Defensive Coordinator at Oklahoma under his brother Bob. Mike coached at the University of Arizona from 2004-2011 and was 41-50. How could anybody rule out a Stoops since the bloodlines are strong in college football? Give Mike a big powerhouse like Michigan and he'd make the most of his second opportunity. Arizona has struggled throughout the years despite the recent success of former Michigan Coach Rich Rodriguez. 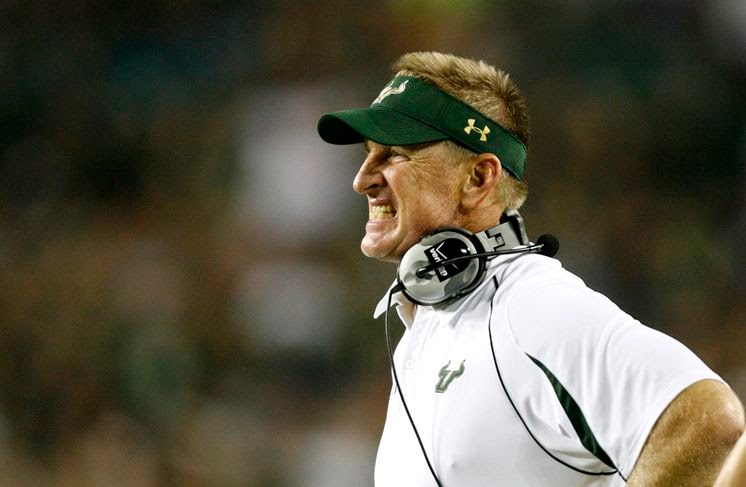 2. Jim Leavitt is a linebackers coach for the San Francisco 49'ers. Now I know that he won't get consideration for the job, but I'll give you reasons why he should. He built My Alma-Mater USF's Football Program from Scratch. From 1997-2009, he was 95-57 and put USF on the College Football Map. Unfortunately for Leavitt, he was fired due to conduct regarding treatment of students. He's currently working on Jim Harbaugh's staff. Since Leavitt left USF, his successors have really struggled. Skip Holtz was 16-21 in three seasons. Willie Taggart is currently 6-17 with one game left this season. Is Leavitt's fiery personality too much for Michigan Football? Probably. But right now Michigan needs a lot of energy and the 57-year old is a proven winner and his temperament could be what this university needs to reignite this once proud powerhouse.

3. Jon Gruden would bring tremendous credibility to Michigan. He's 51 and has a knack when it comes to developing young quarterbacks. Gruden went to school at University of Dayton. He was born in Sandusky, Ohio, the home of Cedar Point which is the Roller Coaster Capital of the World. He would be on an interesting roller coaster ride at U-M at the beginning. But a great way to recruit is take an NFL career record of 95-81, show the student's parents his Super Bowl Ring and tell him that he has a lot of Professional Contacts that could turn into Dollar Signs which make Dreams Come True. Anybody who watches Gruden on ESPN is definitely going to learn something. A recruit would be foolish not to play for Gruden, who would be returning to the Midwest. Can you imagine a Michigan VS Ohio State Game with two coaches from the Buckeye State? I wouldn't be going Holiday Shopping if these two faced each other in November!

4. Greg Schiano had an opportunity to become the coach at U-M when former Athletic Director Bill Martin spoke to him on December 5, 2007. Two days later he withdrew his name from consideration. During an 11-year tenure at Rutgers University, Schiano was 68-67 with a 5-1 record in Bowl Games. He coached two seasons in the NFL with the Tampa Bay Bucs but struggled with an 11-21 mark. He built Rutgers into a credible program and ironically, the school is a member of the Big Ten. The timing may not have been good for Schiano before, but since he's unemployed, it could work out this time.

5. Pat Fitzgerald will turn 40-years old on December 2. The Wolverines have seen plenty of the the Northwestern Wildcats coach since he became the head man in 2006. As of tonight, Fitzgerald is 60-52 and has guided the Wildcats to five Bowl Games. He-s 1-4 at his Alma-Mater, but the question remains, would Fitzgerald be ready to take a major climb at a program with Michigan's History? One former Northwestern Coach was Ara Parseghian who coached there from 1956-63 and compiled a 36-35-1 mark then moved on to Notre Dame. This is a tough call for the Orland Park, Illinois native.

6. Cam Cameron is a Michigan Man and what would a coaching search be without looking for one? Cameron spent 10-years at U-M where he learned from the late Bo Schembechler. He's tutored QB's Jim Harbaugh, Elvis Grbac and Todd Collins. He's also coached Amani Toomer, Derrick Alexander and Heisman Trophy Winner Desmond Howard. Cameron has worked alongside future head coaches Lloyd Carr, Gary Moeller, Les Miles and Mike DeBord. Cameron is currently the Offensive Coordinator/QB Coach at LSU under Miles. He's struggled with his two head coaching stops. From 1997-2001, he was 18-37 at Indiana. But I wouldn't hold that against Cameron because Indiana is a basketball school, and struggles on the gridiron. In 2007, Cameron's lone season with the Miami Dolphins produced a 1-15 mark. He's been a QB Coach for the Washington Redskins as well as an Offensive Coordinator for the San Diego Chargers and Baltimore Ravens.

7. Les Miles has been approached twice since Carr retired after the 2007 Season as well as in 2010 when Rodriguez was fired. While he's listened to Michigan's overtures, he declined and elected to remain at LSU then return home to his Alma-Mater. As of tonight, Miles is 7-4 and his career mark is 130-49. At 61-years old, he's signed through 2019. Would he join former SEC/Florida Coach Urban Meyer in the Big Ten? Meyer is 50 but it would be neat to see these two rivals face each other in the Big Ten. But I don't believe the third time will be the charm and Miles listens, but stays put.

8. Jim Harbaugh is going to get mentioned for this job as his status beyond this season with the 49'ers remains in limbo. If there is a reach, this one is it. Harbaugh is a former U-M QB and his name surfaces when the head coaching vacancy becomes available. He's a proven NFL QB and he's won at every coaching stop. He began his career at the University of San Diego and from 2004-2006, Harbaugh was 29-6. He moved on to Stanford from 2007-2010 and was 29-21. He mentored Indianapolis Colts QB Andrew Luck. Then he stayed in the Bay Area to coach the San Francisco 49'ers where he's been since 2011. He's currently 43-15-1 with three trips to the playoffs and one Super Bowl Appearance. Another Michigan Man and he'll turn 51 on December 23. There will be plenty of fire in him. Now the question would be how much the Wolverines would have to pay him to return to Ann Arbor? 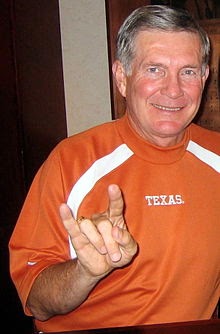 9. Mack Brown is currently enjoying life as a broadcaster at ESPN. But these days coaches tend to work into their late 60's and early 70's. Brown turned 63 on August 27, 1951. His overall head coaching record is 244-122-1 and is 13-8 in Bowl Games. His main coaching stops include North Carolina and Texas. He won a National Championship in 2005. If Michigan came calling, I'm sure Brown would listen very hard and this would be his last coaching stop at another Legendary Program. I believe he would take this job! Michigan and Texas are scheduled to play in the future during the regular season.

10. Mike Gundy is having a tough season at his Alma-Mater Oklahoma State with a 5-6 record. He's been coaching the Cowboys since 2005 and has compiled an 82-44 record. He's 5-3 in Bowl Games and if there is ever a time to try to lure him away from OSU, it's now. The Cowboys are paying him $3.75 Million a year and at age 47, this guy has a promising future and is off to a excellent start. Many great coaches move onto new challenges. Gundy has compiled his record being the little brother to the Oklahoma Sooners. Can you imagine if he went to a school which was the No.1 university in the state? Can just imagine what a MSU coached Mark Dantonio (58) team would be like against a Gundy coached Michigan Program. Another fiery young competitor that can bring a lot of energy into Michigan Stadium.

It will be interesting to see how the Michigan coaching search plays out. But there are a lot of good candidates who can revitalize this Legendary Program. Many of these guys are great Offensive Minds and have Developed a lot of Quarterbacks, which is an area where the Wolverines desperately need help.