I've been hearing a lot of talk lately about Future Expansion in the NHL.

The most recent rumor has been the Florida Panthers moving to Quebec City, which is in the process of building a new arena hoping for a return to the NHL.

I wouldn't be holding my breath if I lived in Quebec. Especially while Gary Bettman is the commissioner. It had to be tough enough to see the Atlanta Thrashers move to become the new Winnipeg Jets. Bettman lost a Major Southern Market, but this was the second chance for the area, which had the Atlanta Flames, and it simply didn't work.

Bettman persevered in keeping the Arizona Coyotes from moving to Hamilton, Ontario, and into Canada to preserve hockey in the Southwest.

There is no doubt that during the first week of the NHL season that Bettman had to be bothered with the Florida Panthers attendance. 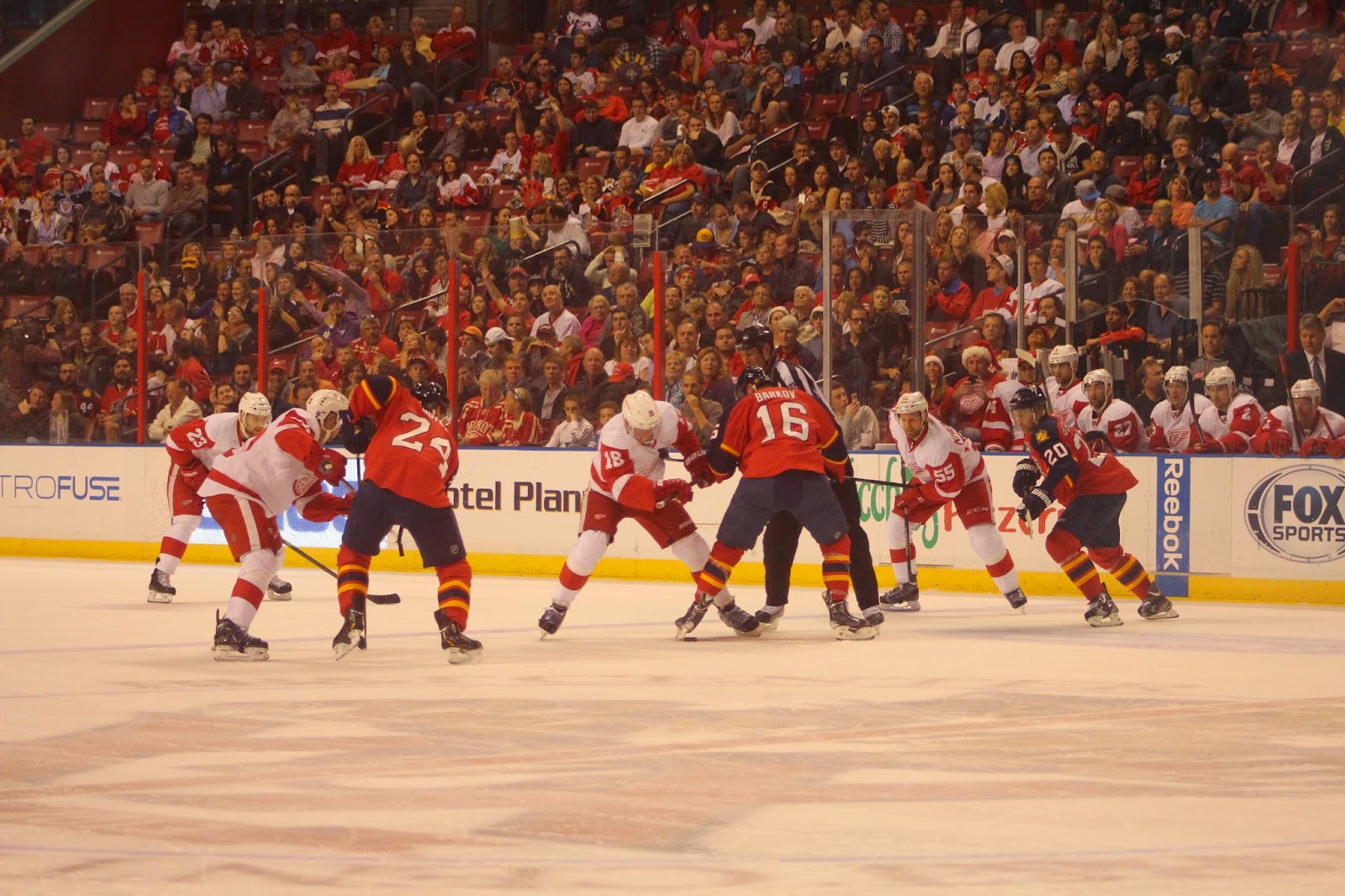 The second home game on October 13, saw the stadium 38% full as the Ottawa Senators defeated the Panthers 1-0 in front of 7,311. This crowd made National Headlines for all the wrong reasons as the record low numbers circulated throughout Regular and Social Media.

There is even talk that tarps will be used at the BB&T Center to reduce the capacity, thus making it easier in theory to sellout. The NFL's Jacksonville Jaguars currently do this.

While Detroit is considered Hockey Town, South Florida is not!

The attendance woes are attributed to the new owners desire not to give away free tickets, thus everybody pays and it doesn't devalue the entertainment.

For years, the Panthers have been losing millions of dollars and are currently seeking help from Broward County for Bailout Assistance. Time will tell whether they get help.

Former Red Wing Gerard Gallant is the team's head coach and he's working for a franchise that has only made the playoffs four times since the team was founded in 1993.

The Panthers reached the 1996 Stanley Cup Finals but were swept by the Colorado Avalanche 4-0.

Florida's last playoff appearance was in 2012.

I've seen a lot of arenas throughout the years and the BB&T Center is one of the Most Beautiful!

Red Wings General Manager Ken Holland has always told me that he's impressed with this facility.

I actually live 20-25 minutes away off the Sawgrass Expressway from the BB&T Center in Deerfield Beach.

It would be totally unfortunate if the BB&T Center in Sunrise, FL becomes a White Elephant with no major tenant should the Panthers depart.

But if the Panthers fail in South Florida, there would be plenty of cities that would welcome them with open arms.

I'm going to list some and we'll see how it plays out down the road.

1. Seattle would be an ideal place for a team but there is one major problem. There is no arena suitable. The lack of a new stadium saw the former NBA's Supersonics relocate to Oklahoma City. This would be a natural rival for the Vancouver Canucks. Key Arena could only serve as a temporary but by no means is it adequate for long term.

2. Portland, OR., would be another good Pacific Northwest Rival for the Vancouver Canucks and the Rose Garden where the NBA's Trail Blazers seems like a good spot. However, with such a small market, I doubt that "Rip City" could support two major sports especially during the winter season. The Trail Blazers have been the only game in town and set numerous attendance sellout records through the years. This could change if the Oakland Raiders decide to move to Oregon. 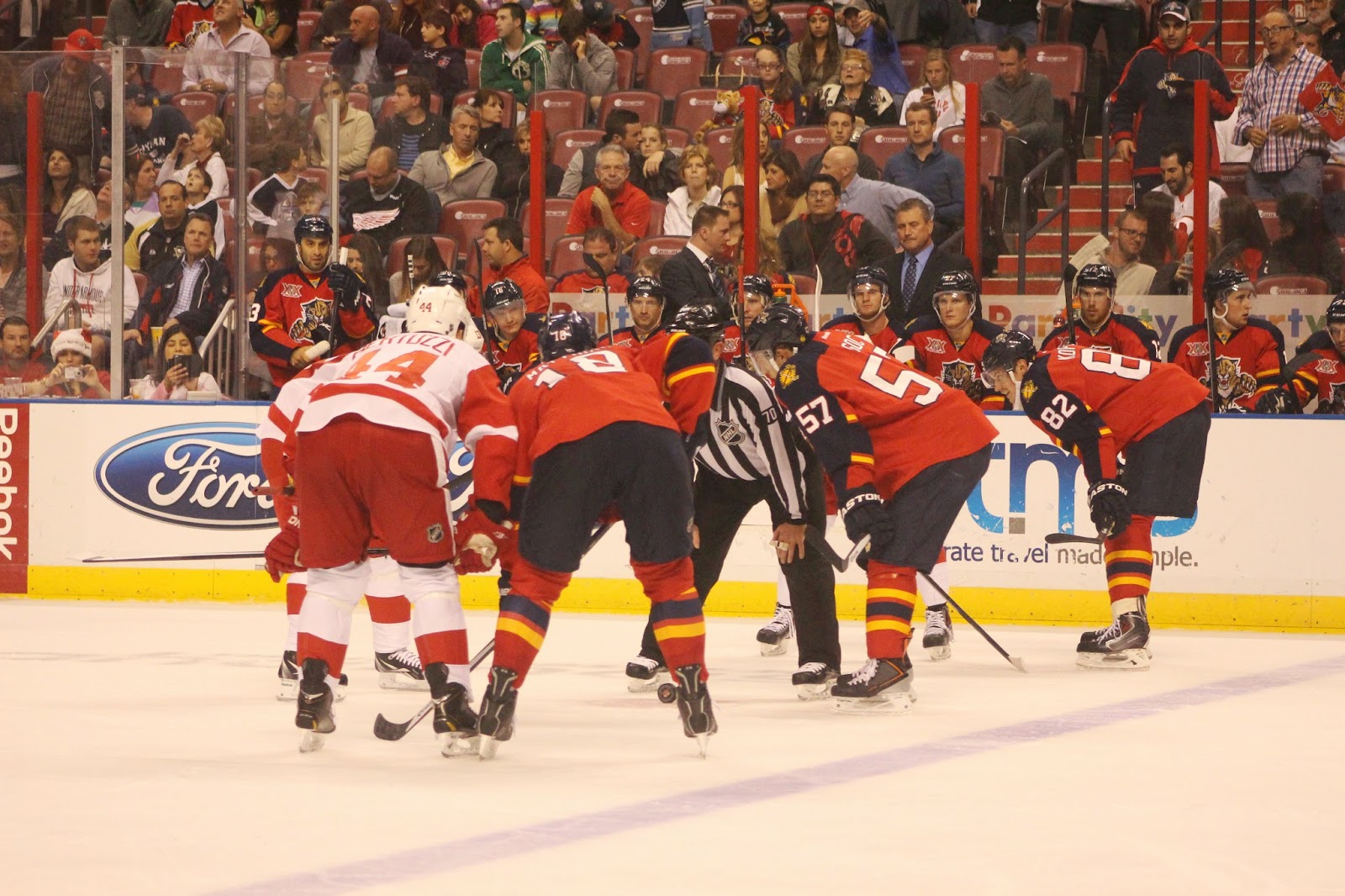 3. Kansas City used to be the home of the Scouts (1974-76) and were coached by Red Wings legend Sid Abel. Abel was also a part of the Scout's front office. Former Red Wing Guy Charron was a captain for KC. They played at the old Kemper Arena. Since there is no major winter sport, I could see a Missouri rivalry develop with the St. Louis Blues. The Sprint Center broke ground in 2005 at a cost of $276 Million ($314 in 2014) and the capacity for hockey is 17,544. It opened in 2007.

4. Salt Lake City, Utah., is the home of the NBA's Utah Jazz, but again the major question remains, can the area support two winter teams? I have my doubts here as well, though a good rivalry could develop with the Colorado Avalanche.

5. Oklahoma City, OK., got a gift from the NBA when Hurricane Katrina sent the New Orleans Hornets to the area, and the strong fan support ultimately secured the area as a future spot for relocation. The Supersonics moved there and have flourished. However, I wouldn't predict an NHL team moving here because once again, two major sports in a small market would be tough. The NBA's Thunder being the only game in town has given it a stranglehold on the Sports Entertainment Dollar in the Central Midwest. If an NHL team was based here, the Dallas Stars would be the only natural rival. It would be weird to see a Red River Rivalry On The Ice, a far cry from the gridiron featuring the Oklahoma Sooners VS Texas Longhorns.

6. Milwaukee, WI., is an intriguing market and there are plans underway to get a new stadium built in an effort to keep the Bucks from leaving town. For years, the Milwaukee Admirals have been a top minor league team for the NHL. Chicago is 90 minutes away so there is a natural rival for the Blackhawks. This is a very realistic possibility, however, it's a minimum of five years away. The Wisconsin Badgers have always been an elite College Hockey Team. The Badgers have made 24 appearances in the NCAA Tournament, have reached the Frozen Four 12 times with Six National Titles. This is fourth best in College Hockey History with the last National Title in 2006. Another rival for the Milwaukee franchise would be the Minnesota Wild.

7. Louisville, KY., used to have the ABA's Kentucky Colonels from 1967-1976 and the team won a championship in 1975. This area built a 20,000 seat start of the art arena for the Louisville Cardinals basketball team called the KFC Yum! Center. It's also the home of the Kentucky Derby. Lexington's Rupp Arena is also a possibility since it's in close proximity to Cincinnati, Ohio. The NHL would be the only game in town in either area. If a team was based in Louisville, it would be a financial boon to see the Kentucky Derby and NHL Playoffs going on at the same time. Although, I've seen the Indianapolis 500 and NBA Playoffs make the area a Memorial Day Sports Capital. Who can forget the Louisville is the hometown of boxing legend Muhammad Ali?

8. Cleveland used to be the home of the NHL's Barons and I'm sure Dan Gilbert would like to get a team in the Quicken Loans Arena. But I don't see this happening because the Columbus Blue Jackets seem to be Ohio's Hockey team, let alone the only major game in town.

9. Hamilton and Quebec City seem to be the next Canadian teams. The reason I'm putting these cities together is it would either be one or the other. Hamilton was once linked to the Phoenix Coyotes, but Bettman blocked those possibilities. A Hamilton franchise would have been a good rival to the Toronto Maple Leafs., but would bring no value to American Television. Quebec lost the Nordiques to Denver and while it lost a rival with Montreal, this opened up the Mountain Time Zone Region. It gave Denver a second chance to replace the former Colorado Rockies franchise. The Avalanche have won two Stanley Cup Championships.

Bettman knows that expanding into Canada does very little to build the USA TV Contracts. I don't see Toronto getting a second NHL team because there are too many other options, though this has been talked about. Canada was fortunate enough to land a team when the Ottawa Senators began play in 1992-93 after a 54-year hiatus. 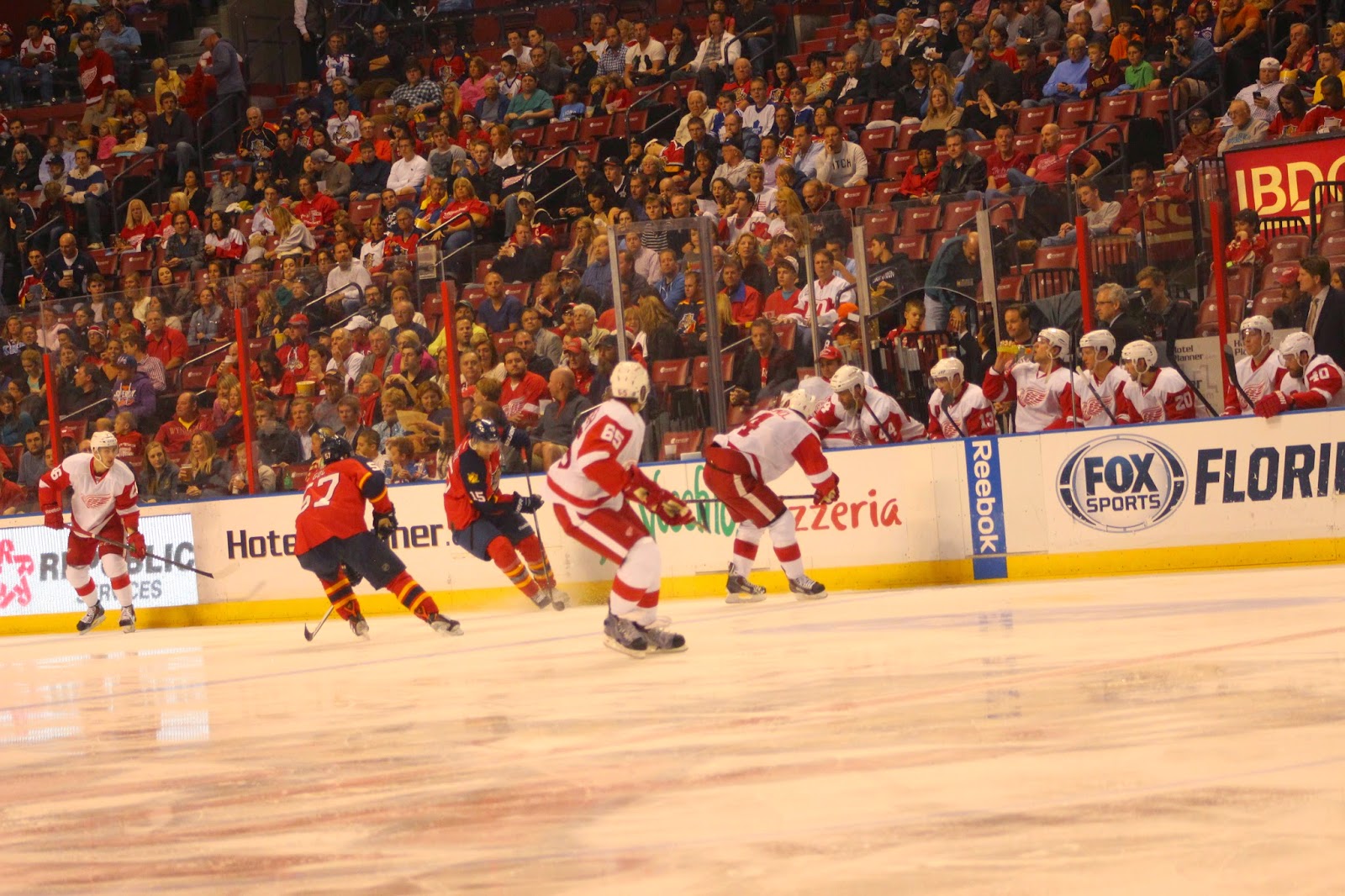 10. Las Vegas, NV., is by far and away the Odds On Favor to land a team. There have been preliminary meetings with local ownership groups and ground has been broken for a New Stadium on The Strip near MGM which would have no shortage booking events. Las Vegas will easily book concerts, fights and many other events. It's just a matter of time about What Sport Wants to Take The Plunge into the Biggest Gambling Market in the World. A Las Vegas team would have natural rivalries with the Arizona Coyotes, LA Kings, Anaheim Ducks and San Jose Sharks. The league already holds it's Award Banquet in Las Vegas. This isn't a matter of if, but when this happens. Bettman and company are currently Kicking The Tires for now, but it won't be long before they're setting up shop. An NHL team would be the only game in town. If I had to wager on the NBA or NHL, then hockey gets My Bet.

So indeed there are no shortages of a future home for the Florida Panthers.

But Bettman is determined to keep hockey alive in South Florida, as he fought extremely hard to save it in Phoenix.

Having been a long time resident of South Florida, all the Panthers need to do is cash in on their NHL Draft Choices then sign them to long term deals as they become impact players. This will enable them to create a fan base that can identify with players in the community.

This is can be a good hockey market, but there has to be a product worth watching and paying for. There are many ways to be entertained in South Florida with the Beaches, Casinos, Golf, plus there are Four Major Sports, etc...

But there is potential for success and an Excellent Hockey Arena to play in.

There is no doubt in My Mind that the NHL will Expand Again.

My top four choices would be in the Western Conference. Las Vegas, Seattle, Kansas City and Milwaukee would be the Front Runners.

The NHL wants to have an even amount of teams in each conference and the Western Conference is two short.

I look forward to your feedback.

Scott Morganroth can be reached at www.scottsports33.com.
- November 25, 2014