On this same day, The US Postal Service released The Wilt Chamberlain Forever Stamp. It was dedicated in a halftime ceremony during the Philadelphia 76'ers 103-91 home loss to the Oklahoma City Thunder. The stamps are just over two inches tall.

Chamberlain died in 1999 at the age of 63. Chamberlain has two NBA records which are amazing that still stand. He never fouled out in 1,205 regular season and playoff games.

He also holds the rebounding record with 23,924 and is the only NBA player to ever score 100 points in a game.

There are two stamps. One has Chamberlain in a Philadelphia Warriors uniform while the other is in a Los Angeles Lakers uniform. Chamberlain scored 31,419 points in his career, but the record was broken in 1984 by Lakers Center Kareem Abdul Jabbar. Chamberlain starred in the NBA from 1959-1973 when he played for the Philadelphia (later San Francisco) Warriors, 76'ers and Lakers.

Speaking of the Lakers, it was interesting to hear the reaction of Coach Byron Scott's answer to a question following a 118-111 loss On October 31, 2014, to the LA Clippers as to whether this was a true rivalry. At the time, the Clippers improved to 2-0 while the Lakers dropped to 0-3.

Scott responded, "It's just another game. The Lakers biggest rivalry has been the Boston Celtics. They've got 17 Championship Banners while we have 16. That's a rivalry."

I couldn't agree more. The Clippers have Never won a Conference Title and Never appeared in the NBA Finals. The only two division titles were in 2013 and 2014. This dates back to when the franchise was founded as the Buffalo Braves (1970-78), San Diego Clippers (1978-84) and LA Clippers (1984-Present).

Ironically, Scott was drafted fourth overall by the San Diego Clippers, who traded his rights to the Lakers in October of 1983 as part of a multi-player deal that send Norm Nixon a couple hours south near the Mexican Border. Scott went on to win three NBA titles with the Lakers.

Meanwhile, the Clippers have been one of the worst run franchises under former disgraced Owner Donald Sterling. As of this post, the Clippers are in second place in the Western Conference Pacific Division with a 15-5 mark. The Lakers are last with a 5-16 record and are in a transition period. I do believe they'll eventually turn things around. 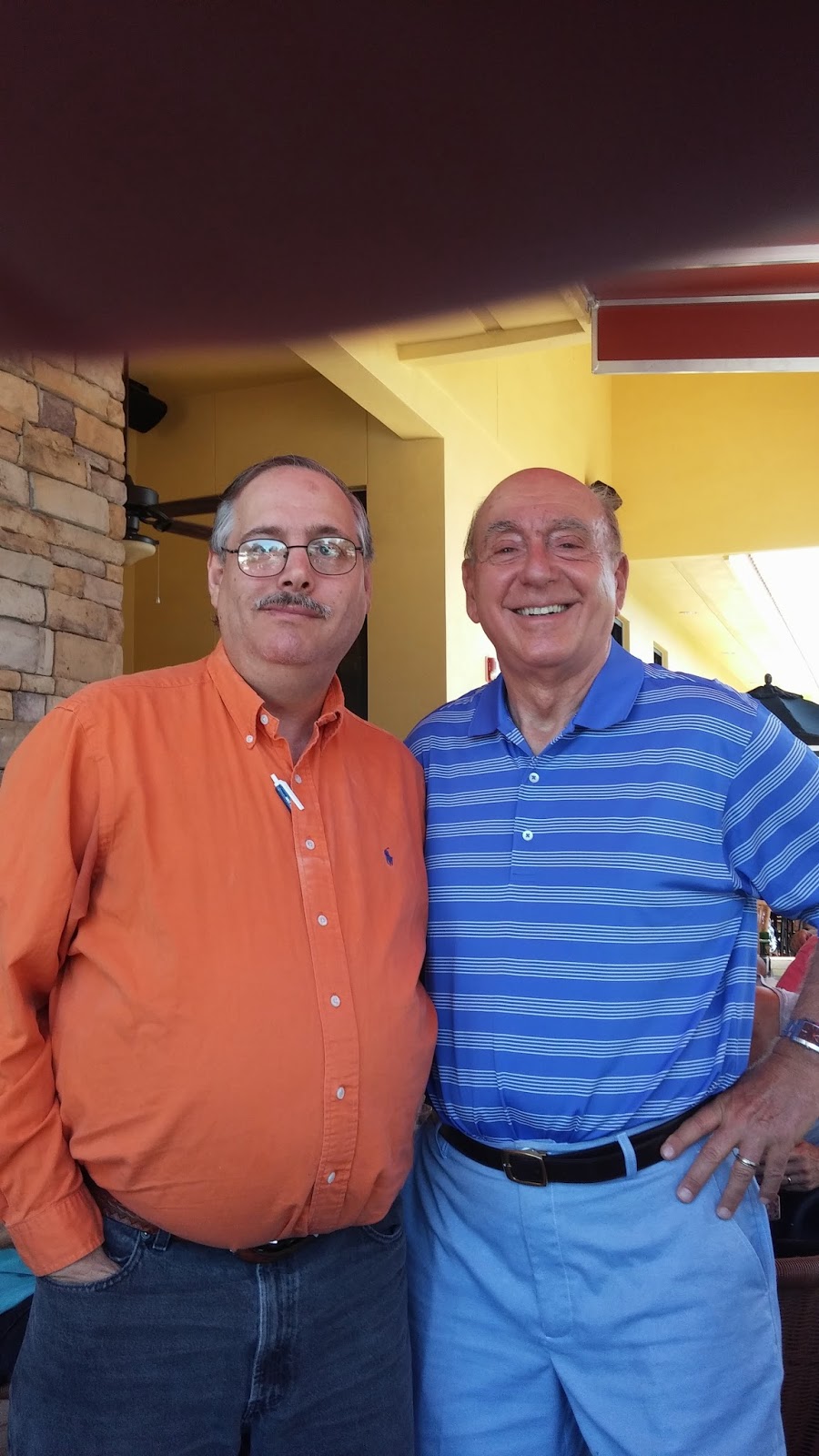 The 75-year old Hall of Fame Broadcaster will no longer do the networks prime-time contest on Saturday Nights.

I'm sure Vitale will have no problem with this since he can fly back to the Sarasota/Bradenton Airport early without having to take Red Eye Flights.

His routine on Sundays is to go to church, sign autographs at The Broken Egg Restaurant in Lakewood Ranch's Sarasota location. This is just minutes from his home.

He raises money through the " Jimmy V Foundation" for Cancer Research which is named after his late friend Jim Valvano.

Give me some of your Energy Dickie V, I can use it these days. I hope I live to 75 let alone have your energy at that age.

My colleague George Eichorn and I have a history with Dick that dates back to our days of working together at WXYZ Radio in
Detroit.

This place is clean and has nice ambiance, more like modern than classic. Our visit was just amazing. I believe it was a treat to be at venues in Chicago. It would be a treat to attend another event here.