Lions No Stranger To Droughts

By the time I compile the following Stats and Streaks, one would wonder why the Detroit Lions (11-4) should face the Green Bay Packers (11-4) in a contest that will decide the NFC North/Norris Division Title?

It's no secret that since the 2000 season, the Lions have struggled immensely.

There have been numerous coaches and the franchise suffered from the post Barry Sanders hangover.

Even the move to Ford Field didn't produce enough wins to sellout and avoid local blackouts. 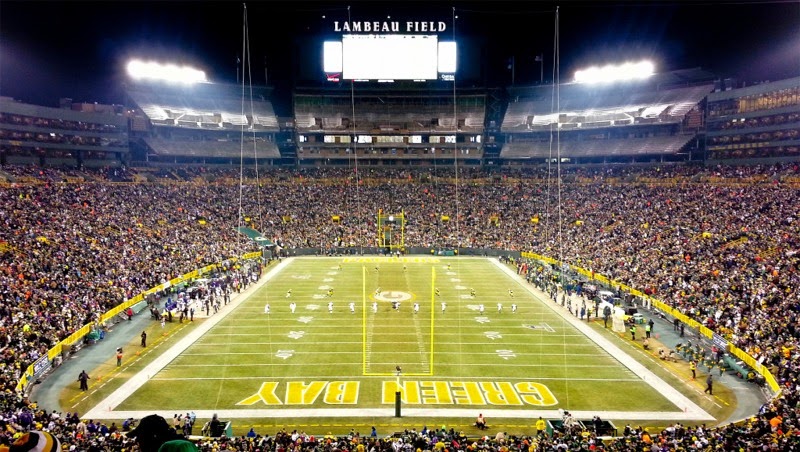 Anyways, let's get started and you be the judge as to which ones are the worst.

* On September 12, 2004, Detroit ended a 24-game NFL record road losing streak with a win over the Chicago Bears, much to the relief of Coach Steve Mariucci and QB Joey Harrington. Chicago's coach was Lovie Smith, who is currently with the Tampa Bay Bucs.

* There is no question that the Worst Moment in Lions History was the Imperfect 0-16 season of 2008 that led to a 19-game franchise record losing streak. It was snapped on September 27, 2009 at Ford Field against the Washington Redskins as Detroit won 19-14. This was the second longest losing streak in NFL History behind the 1976-77 Tampa Bays, who lost 26 consecutive contests.

* I had the good fortune of attending the Detroit Lions vs Tampa Bay Bucs contest on December 18, 2010. Thanks to Dave Raymer's 34-yard FG with 9:51 remaining in OT, Detroit snapped it's own 26-game NFL Record Road Losing Streak, giving Schwartz one less set of questions to answer. A week later, on December 26, 2010, I saw the Lions win their second straight road game in Florida by defeating the Miami Dolphins 34-27. The Lions out scored the Dolphins 17-3 in the fourth quarter. Detroit finished the season with a three-game winning streak and a 6-10 mark.

* On September 23, 2013, Schwartz and company faced a task that had never happened in Lions History. They defeated the Washington Redskins 27-20 for the first time ever in Washington D.C. This streak covered 21 road meetings against the Redskins. They last beat the Redskins on the road in 1935 when the team resided in Boston.

Lions Head Coach Jim Caldwell wasn't born then, but by defeating the Chicago Bears on Sunday 20-16 in the Windy City, he became the first Detroit coach in his first season with the club to win 11 games. Potsy Clark led the Portsmouth Spartans to an 11-3 record in 1931. By reaching 11 wins, Caldwell has tied Clark for the most wins by a head coach in his first year with the Lions.

Here are some More Insights as we approach Sunday's Winner Take All Divisional Showdown.

* If the Detroit Lions beat the Green Bay Packers, they'll clinch their first divisional title in 21-years, and receive a first round-bye before opening the playoffs at home.

* A loss and Detroit is the Wild Card Team and they'll likely face the Dallas Cowboys on the road. 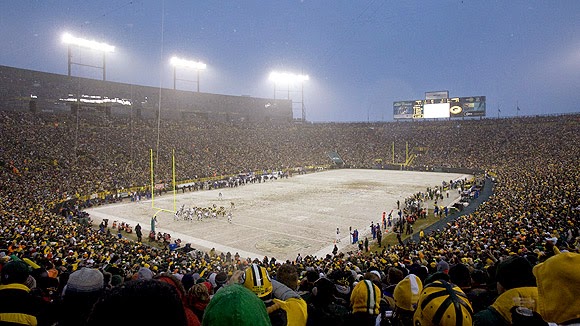 * The last time the Lions won in Green Bay was on December 15, 1991--8,412 Days Ago. The Lions won 21-17 in below-zero, wind-chill temperatures on the Frozen Tundra at Lambeau Field. The turning point was Mel Gray's 78-yard punt return for a touchdown.

* Less than two months later, the Packers acquired Brett Favre from the Atlanta Falcons in a trade, which turned out to be a franchise move for both organizations. Undoubtedly, a costly one for the Falcons.

*The Lions have lost 23 consecutive road games to the Packers.

* The last time the Lions faced the Packers on December 28, was back in 2008 and it was a 1 PM EST start. Unfortunately for Detroit, the Lions lost 31-21 and finished 0-16. The following day on My Birthday, Marinelli was fired.

This years game was scheduled for the same time, however, the NFL used it's Flex Scheduling to move it to 4:25 PM EST because of it's Massive Playoff Implications.

* There will be some heavy hearts for Packers fans as on December 26, 2014, it marked the 10th Anniversary of Reggie White's Death.

* The 288 points scored in seven games is already the sixth-highest total for a season in NFL History. Green Bay needs 42 points to break the record of 329 held by the 2011 New Orleans Saints. 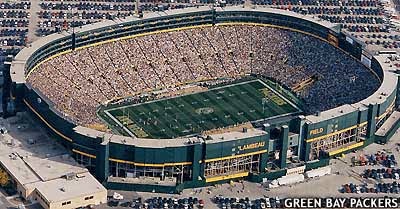 * Aaron Rodgers has passed for 23 touchdowns and no interceptions, along with a league-best 132.6 passer rating. His last interception at home came nearly 400 pass attempts ago on December 23, 2012.

* Three weeks ago, however, the Packers allowed 37 points at Lambeau Field to the Atlanta Falcons.

As We Approach the Winner Take All, the Lions nearly had an opportunity to end their Lambeau Drought at the end of the 2011 season on January 1, 2012. This game, like Sunday's had Playoff Implications, but Green Bay had already won the division and Detroit was looking to secure a Higher Wild Card Seeding.

This contest was considered The Matt Bowl as Stafford faced Flynn. Flynn won this duel as he passed for Packers single game records of 480 yards and six TD's as the Packers prevailed 45-41. Green Bay finished 15-1 while Detroit had to travel to New Orleans with a 10-6 mark.

Flynn cashed in on his record setting day by signing a three-year $20.5 Million Deal with Seattle, with $9 Million Guaranteed. He would later lose the job to Russell Wilson.

Detroit would eventually get even with Flynn as the Lions revenge occurred on Thanksgiving Day, November 28, 2013 in a 40-10 thrashing at Ford Field. Detroit snapped a nine-game Thanksgiving losing streak to their beloved rivals.

Meanwhile, Flynn got hammered as he was 10-20, 139 yards, one interception, two fumbles, plus he was sacked seven times including one in the end zone for a safety.

With Rodgers nursing injuries all week, we'll see how effective he'll be against a Hungry Lions Team, looking to end their Lambeau Demons.

Or will the Lions knockout Rodgers and force Flynn to win the division title?

One thing is for certain is the Lions are definitely Playing the Biggest Game Ever in Green Bay in Franchise History with what's at stake.

Can they end any more droughts?

We'll see. I'm looking forward to taking the three hour drive to Green Bay and getting a Birds Eye View in The Press Box.

It's going to be one incredible atmosphere at the Frozen Tundra for this contest!

Who would have dreamed of this seven years ago when the Lions concluded their 0-16 season on this field the Vince Lombardi, Curly Lambeau and many other legends did battle?

But seven years later, Marinelli is a distant memory and it's safe to say that Caldwell won't be a part of the Infamous Black Monday December 29, as Head Coaches Get their Pink Slips on My 52 Birthday.

Scott Morganroth can be reached at www.scottsports33.com.
- December 27, 2014