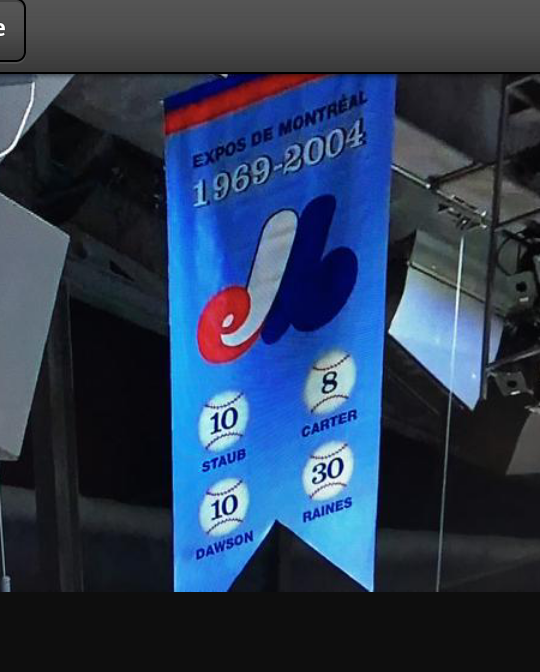 There are times in the past that I've been critical of Montreal especially the Canadiens Fan Base.

But not this time.

On October 18, 2005, the Montreal Canadiens honored four Montreal Expos and have a banner in the rafters at the Bell Centre. The players and numbers include Gary Carter (8), Tim Raines (30), Andre Dawson and former Tiger Rusty Staub (10).

This was a Class Act!

We'll stay with the Montreal theme and I will make a prediction for this next one.

If The Tampa Bay Rays continue to have difficulties finding a new stadium in the Metro Area, I look for them to eventually move elsewhere. This organization continues to trade marquee players thus making it difficult for the fan base to follow their core players. Seems like a yearly Fire Sale. This organization resembles a AAA team.

Former GM Andrew Friedman moved on to the LA Dodgers to become their President of Baseball Operations. Meanwhile, Joe Maddon skipped town to take on the task of ending a century long World Series drought with the Chicago Cubs. Maddon was 754-705 from 2006-2014 and lead the Rays to one World Series Appearance. 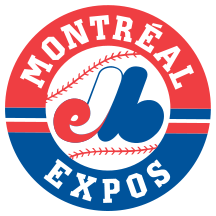 There is no way the Rays can be competitive until the expiration of their lease until 2027. The City of St. Petersburg is over playing its hand. Lets see them block a move to Canada.

This elsewhere has Owner Stuart Sternberg selling and moving the team to Montreal. I wouldn't be surprised if the team is named the Expos. I would be in favor of this move!

While most major markets can't have teams in the same league, this situation would be different. The Montreal Expos and Toronto Blue Jays in the same division is a natural. The Canadiens and Maple Leafs have been rivals in the NHL and this would excite both fan bases.

I do believe that Montreal deserves a second chance and it's common knowledge that the 1994 MLB Player Strike destroyed baseball in this market. The Expos had the best record in baseball with a 74-40 mark. They were on a pace to win over 100 games. This team had Pedro Martinez, Larry Walker, Moises Alou, Marquis Grissom and many others.

The 2016 NHL Winter Classic will have a familiar twist to it. It will be a contest featuring two Original Six teams, one from the United States and the other from Canada.

In 2014, the Detroit Red Wings and Toronto Maple Leafs played at Michigan Stadium in front of 105,491. The viewership in the USA and Canada hit 8.2 Million which was impressive considering the numerous college bowl games.

Gillette Stadium will host the Boston Bruins vs Montreal Canadiens. While the attendance at the New England Patriots home stadium will not hit the 100,000 mark, this contest figures to be a dandy. There is no love loss between these bitter rivals. Their battles in the regular season and in the playoffs are incredible.

If the game is marketed well then there will be another outstanding crowd in Foxborough, MA. I'll be curious to see what the viewership totals turn out to be.

The NHL knows it has a good thing going with these outdoor games and I like the match-ups for next seasons Stadium Series.

On February 21, 2016, The Minnesota Wild host the Chicago Blackhawks at TC Bank Stadium on the University of Minnesota Campus. This will be the Blackhawks fourth outdoor game. I'm sure a lot of thought and debate went into having the Dallas Stars play against the Wild. Once upon a time, the Stars used to be the Minnesota North Stars.

I like the match-up on February 27 at Coors Field in Downtown Denver as two old Western Conference Rivals collide. The Detroit Red Wings and the Colorado Avalanche face off and while goaltenders Mike Vernon and Patrick Roy won't be fighting at Center Ice, I could see a lot of intensity and build-up for this contest.

NBC's announcers will have no shortage of footage from battles in the regular season and playoffs.

It's been a busy week in NASCAR.

Here is the good and the bad.

Kurt Busch sealed his fate in the Sprint Cup Series by being suspended indefinitely for Domestic Violence. This guy is a victim of his own past and has been given plenty of chances to keep his temper under control, but has failed to do so.

NASCAR had to react drastically after all the issues that the NFL had to deal with in 2014. 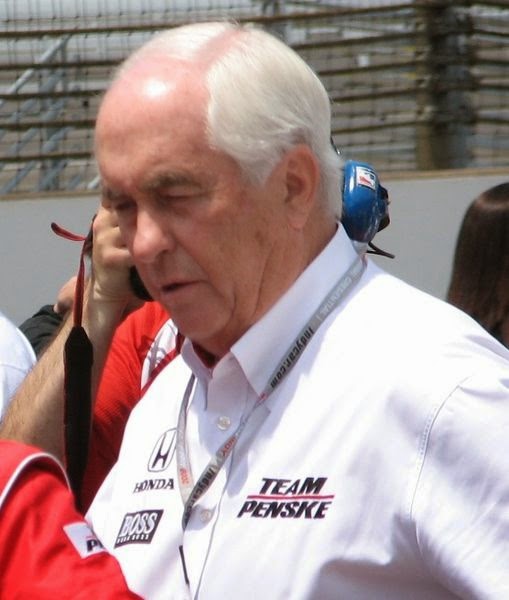 He won his first NASCAR Sprint Cup Championship on November 12, 2012 as Brad Keselowski prevailed. Logano, 24, has the potential to win Penske another title. In his short career, he has nine wins and 83 Top Ten finishes.

Now, Keselowski and Logano are teammates this season.

If I had a Mount Rushmore of Motor Sports Owners, Penske, 78, would easily be on this list!

The first year head coach of the FAU Owls finds his team in last place in Conference USA. The Owls currently are 1-13 and 8-17 overall in the 14 team conference going into Thursday's game at Western Kentucky (19-5, 16-10).

FAU isn't an easy place to coach. The capacity at FAU Arena is 5000 and it would be difficult to sell recruits on such a small facility.

I wish Curry well with this challenge. At least Curry was smart enough to sign a six-year deal worth close to $2 Million, $325,000 this year.

His predecessor was Mike Jarvis and he was 10-20 last season. Jarvis was 77-110 six seasons with FAU.

Scott Morganroth can be reached at www.scottsports33.com.
- February 25, 2015