While I enjoy going to different Spring Training Stadiums around Florida, it's always neat returning to Lakeland. The best part about seeing other stadiums is having the ability to interact with other National Media Members and talking with Tigers' transplants.

One guy that does travel from time to time is former Tigers Manager Jim Leyland. 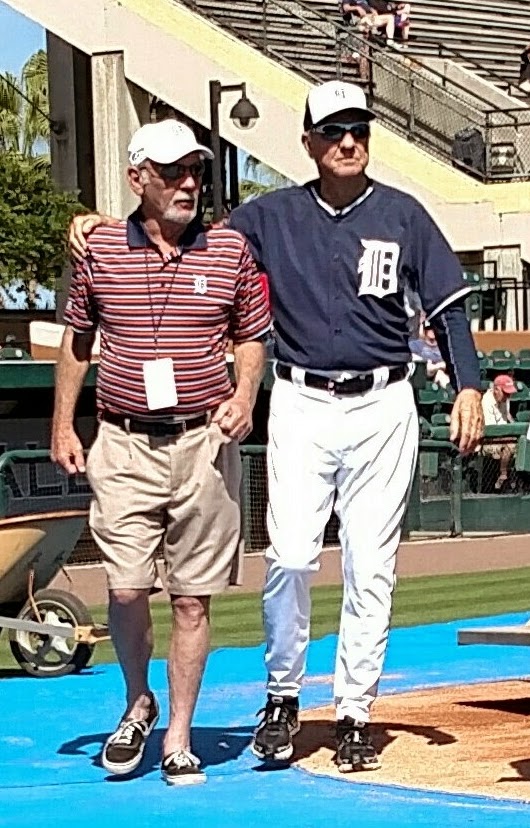 When we went up to see the Tigers host the Houston Astros on Sunday March 8th at Joker Marchant Stadium, Kaline and Leyland (in the photo) were at the batting cage talking. It's great to see these two baseball minds in your organization exchanging ideas.

But on this beautiful sunny day in Central Florida, they both looked great and seemed very relaxed.

The Tigers have experienced their fair amount of changes. They've entered this spring with lingering questions on their bullpen which has cost them dearly the past two post-seasons. It remains to be seen if this is their major weakness in 2015.

I have a feeling they'll score a lot of runs and steal a lot of bases. But will a lot of runs be enough in the late innings? The Tigers will be anything but dull. Detroit will go as far as the bullpen will take them.

Before the Tigers 14-9 loss to the Split Squad Houston Astros, I had the opportunity to catch-up with the former skipper in our Yearly Conversation.

We focused on different topics pertaining to baseball as well as with the Tigers in this Q&A Interview.

Q: Commissioner Rob Manfred has decided to implement some Pace Of The Game changes. Do you like what he's doing?

A: I think it's something they're going to experiment a little bit. I think they want to keep the game going. I don't think it's going to be anything drastic. I think the commissioner is doing a good job. He's going to look and see if he can improve on anything in the game, and that may be one of the ways we can do it.

Q: As far as the pitchers are concerned, do you foresee the possibility of a Pitch Clock?

A: Anytime you have change people wonder a little bit. Actually, the rule has been in the book for a long time. So the commissioner is just trying to be more aware of the rule.

Q: The Tigers have added an influx of speed to their lineup both defensively as well as offensively which could add more double and triples at spacious Comerica Park. The additions of Yoenis Cespedes  and Anthony Gose are the players that could make an impact. What can these guys bring to the team?

A: We like both of them. We think we're more athletic. Gose can get the ball in center field and Cespedes is a power hitter that has a great arm. We like what we've done.

Q: You had first hand knowledge of Cespedes since the Tigers had to face him in the playoffs when he was with the Oakland A's, thus you're know stranger to him. Would you say that he gave you a few fits?

Q: One thing I notice about Cespedes is he reminds me of a talented Cuban player who played for the Detroit Tigers during their World Championship team in 1984 named Barbaro Garbey. What do you think of these ballplayers from Cuba?

A: They're good, they're good. There is a lot of Cuban players signing now and Cespedes is one of the better ones. We're fortunate we have him.

Q: Jim, let's talk addition by subtraction. Last year at this time, the Tigers didn't have Alfredo Simon, David Price and Shane Greene. Gone are Rick Porcello and Max Scherzer. Can you explain what we'll see from these newcomers?

A: We're looking forward to it. As people know you just can't have everybody because with a huge salary, you have to cut back somewhere. You don't have an open checkbook. Mr. Illitch has been fantastic, but you can't have a totally open checkbook. 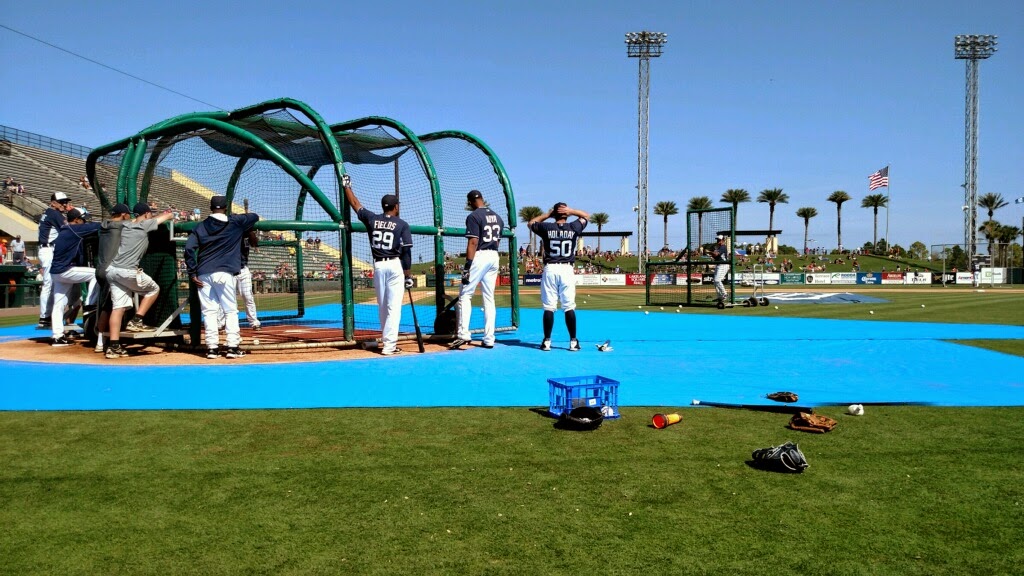 Q: The American League Central Division seems to be getting better. Do you think the rest of the division is catching up with the Tigers?

A: I think the division has been good for a while. Cleveland was in the playoffs a couple years ago. We were, then Kansas City and us last year. I don't think the Central ever gets the credit it deserves.

Q: Brad Ausmus is in his second year. What do you see in him as a manager?

Q: Finally, lets talk about the dynamics of the 2015 Tigers. What should the Tigers fans look for? Will the be an exciting club to watch?

A: I don't think there is any question they'll be a great team to watch. I think we're really good. We're flying under the radar a little bit which is not normal because we've been picked a lot. I agree with Ian Kinsler if they want to fly us under the radar, that's fine. I think this will be an outstanding team.

Like everybody else, you're at the mercy of some injuries and you hope you can keep your team injury free. If we're injury free, we're really good. These guys are good players. We have a solid team. We expect good things. You have to have a little luck, stay healthy and things have to fall in place. But we're good.

As I looked at the Tigers Roster, I was amazed at how many of the players make their homes in the Sunshine State of Florida. We're looking at 10.

Shane Greene lives in Clermont, Justin Verlander resides in Lakeland and Victor Martinez is in Orlando. 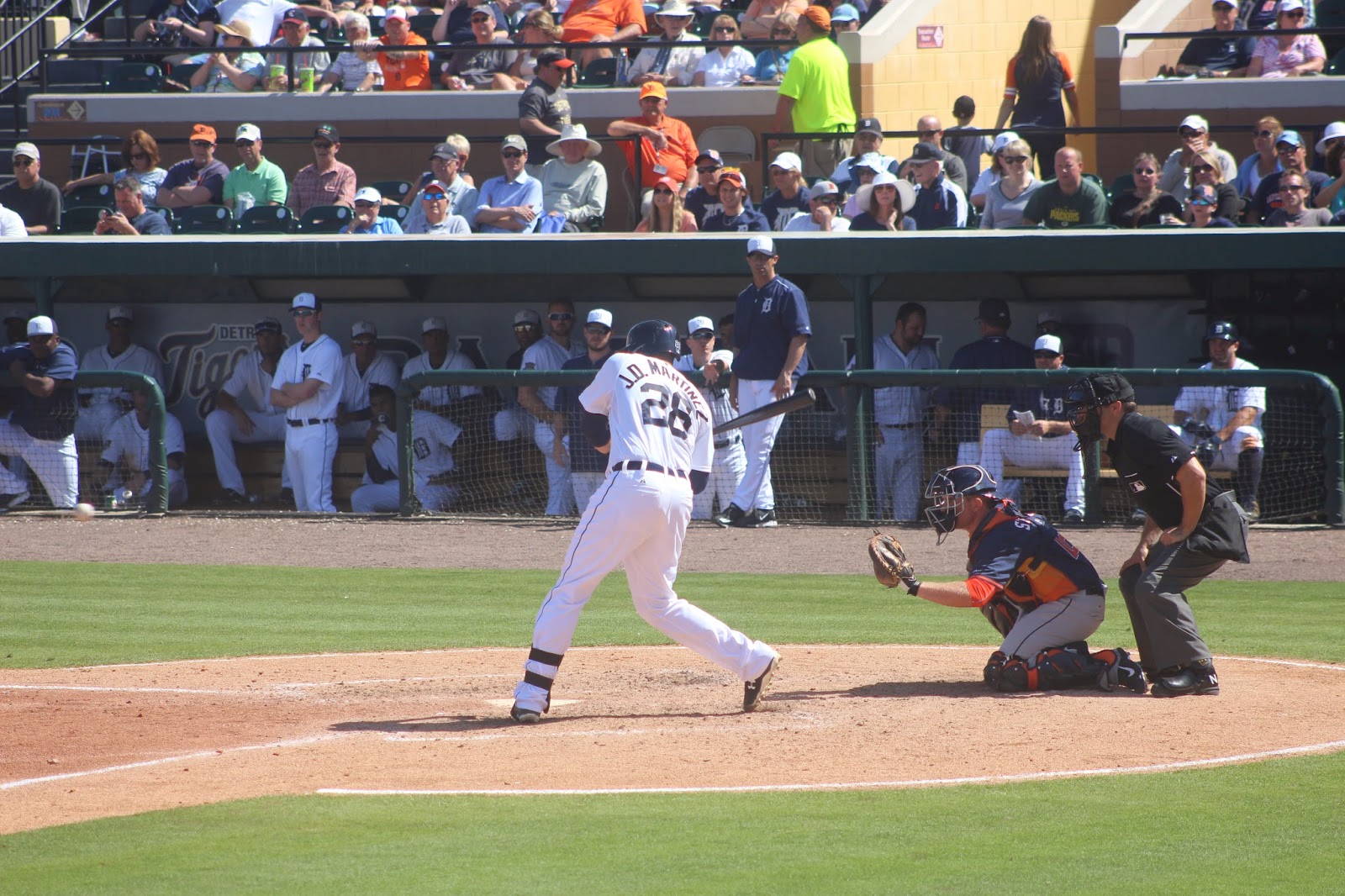 Seven players live in South Florida which is in My Neck Of The Woods. Mainly Dade and Broward Counties.

As of this post, the Tigers are 10-18 including today's loss to the Pittsburgh Pirates 7-3 at Marchant Stadium.

Injuries have limited the playing time of Victor Martinez, Verlander, Iglesias and Cabrera. We'll see if these players can get healthy enough in time for Opening Day on Monday April 6th at 1:08 PM.

The Tigers host the Minnesota Twins at Comerica Park with Price getting the start facing Phil Hughes.