When I wrote a story on the Michigan Football Coaching Search a few months ago, I really never thought the Wolverines would be able to land Jim Harbaugh.

But I give Athletic Director Jim Hackett a lot of credit. Please spare me if they needed a search firm to find the right candidate. I'm not buying this nonsense! This was a smokescreen.

I really thought Harbaugh was going to take another NFL Job. The money is more than what he would have earned in college.

However, I admire the persistence of Hackett. He flew to Northern California and waited for the San Francisco 49'ers season to end and made a huge push. Hackett and Company were resilient and landed their big fish.

Who knows what record the Wolverines will have in 2015?

What my gut feeling tells me is this team will be well coached, plays hard and be very competitive.

What I do know is Harbaugh has been recruiting a lot of quarterbacks. Name me a youngster with NFL aspirations that wouldn't want to be mentored by a former NFL QB.

All Harbaugh has to do is walk into a recruit's home and show the youngster and his parents a photo of Indianapolis Colts Pro Bowl QB Andrew Luck. Enough said!

You can't close a deal better than that!

Once upon a time, Michigan used to produce QB's and one has four Super Bowl Titles? Have you ever heard of Tom Brady?

If you add Harbaugh, Drew Henson and many others, U-M can reclaim itself as Quarterback U.

Name me a kid that wouldn't want to play in front of 100,000 plus at the All-Time Winningest Program in Division 1 Football. If the student is convinced he can be developed, then landing the prospect will be much easier.

I expect future U-M recruiting classes to be better as Harbaugh approaches his second year.

Once Harbaugh compiles a winning season or two into his rebuilding plan then everybody will see what we're accustomed to seeing and that's the program returning as a national power.

Once Michigan notches victories over its biggest rivals Michigan State and Ohio State, then amasses enough wins to earn a Big Ten Title, we'll see if they're in the National Championship hunt in a few years.

Speaking of the Michigan State Spartans, I was impressed that they are the first school in NCAA History to win four-consecutive bowl games and reach the Sweet 16 in basketball four straight years. This team faces Duke in the Final Four Saturday Night.

Last year, I picked the Spartans to reach the Final Four and they failed to do so. This year, I had them in the Elite Eight and they made it to the Final Four.

What impresses me about the Spartans is throughout the years, the basketball program led by Magic Johnson, and Greg Kelser put MSU on the Map winning the 1979 National Title under Coach Jud Heathcote against Larry Bird's Indiana State squad.

Tom Izzo has done a masterful job keeping MSU at Elite Status. He's led the Spartans to Seven Final Fours, 13 Sweet 16's and 18 NCAA Tournament Bids to go along with his One National Title in 2000.

This season, Izzo took a 23-11 regular season squad which was under-seeded at No.7 and managed to get it to play excellent basketball in March. Izzo is earning the nickname Mr. March.

He continues to do an excellent job having the Spartans alumni connecting with his players through the years. Magic Johnson doesn't seem to miss any tournament games.

In the past, George Perles and Nick Saban did a decent job with the Football Program, but Mark Dantonio has elevated it to Elite Status.

The support between Izzo and Dantonio should be a good example to other major universities that they can feed off each other.

There is nothing better than to see both high profile sports not only great Inside The Lines, but Extremely Profitable. Plus the exposure is priceless and enrollment figures to rise.

The most interesting hire this year comes from the Central Michigan University Chippewas Football Program.

He is the first alum to serve as Central Michigan's head coach since Bill Kelly from 1951-1966. This is Bonamego's first head coaching position. It's his first college coaching position since he served as an assistant for Army from 1993-1998.

Bonamego signed a five-year contract worth $350,000 annually with an additional $125,000 for Radio and Television Appearances.

Bonamego has been an assistant coach for the Jacksonville Jaguars, Green Bay Packers, New Orleans Saints, Miami Dolphins as well as the Lions.

He replaced Dan Enos who bolted Mt. Pleasant to take the Offensive Coordinator position at Arkansas.

In five years at CMU, Enos was 26-36, reaching bowl games in two of the past three seasons.

It's amazing how all these coaching moves come full circle as a Domino Effect. 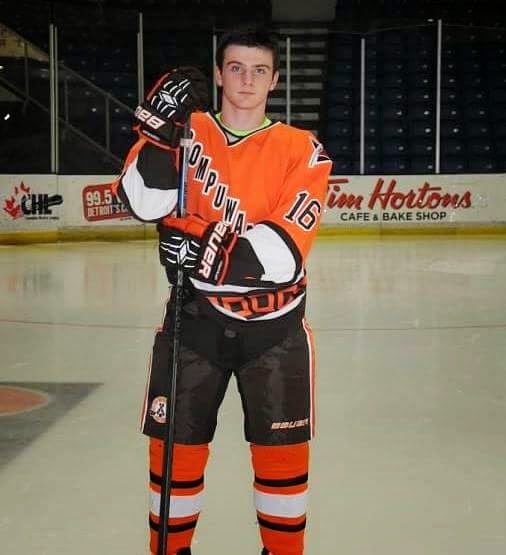 Finally, My late Grandmother Sophie Morganroth always taught me that there is a time and a place to do things.

She would be proud in Heaven that her youngest Great Grandson Brock Morganroth, 15, is having some success in amateur hockey. He currently competes for Compuware Bantam Major AAA and is regarded as a strong prospect according to the website "Elite Hockey Prospects."

Meanwhile, Grandma Sophie would be ecstatic that her youngest Great Grand Daughter Bria Morganroth, 13, is having success in gymnastics.

Bria currently competes at the Hartland Gymnastics Academy. She's been competing at the academy since 12-11-2009 with her first event being the Michigan Academy Christmas Classic.

She currently competes at Level 8 in the Vault, Bars, Beam, Floor and AA (All-Around) Events.

What Bria is doing in gymnastics at a young age brings back incredible memories of a young legend at the 1984 Olympic Summer Games in Los Angeles named Mary Lou Retton, who won five medals. I attended these Olympics but couldn't get into the sold out gymnastics competition. But it was a blast watching them at local bars in the LA Suburb of Westwood, CA near the UCLA Campus.

Is Bria Olympic Bound? That's way too early to tell, but she's definitely on the right track.

Meanwhile, My oldest Nephew Branden Morganroth, 24, played hockey for many years but recently changed career paths to get into Restaurant Ownership.

The biggest thing these youngsters have going for them is that their parents provided the financial resources which allowed them to have the best coaching that enabled them to travel to play at the highest levels of competition.

Whether Brock plays professionally remains to be seen. There could be a scholarship waiting down the road and he could play NCAA Hockey.

It would be unbelievable if Bria ever made it to the Olympics.

But with the hard work these two are putting in, they have a punchers chance to take it to higher levels.

There have never been any professional athletes in our family, but there is always a first. Time will tell whether any of this comes to fruition, but I'll be monitoring this situation very closely!

The last time I wrote about an amateur athlete under 18 was when I was a Sports Writer for the Tampa Tribune from 1984-1986. This is when I was covering High School Sports.

I used to write features stories on Roller Skaters and Gymnasts.

When I monitored the Roller Skaters and Gymnasts progress, I found many of them got big egos after we publicized them, thus I haven't done this in 30-years.

This situation is My exception to the rule because I have a feeling there are more chapters to be written about Brock and Bria.

Hey Scott, this is Adin. Cool article! You seem like you've seen a lot of really cool stuff!

BY SCOTT MORGANROTH There are some stories that the words paint the picture of what things are like. Then there are others where the photos ...