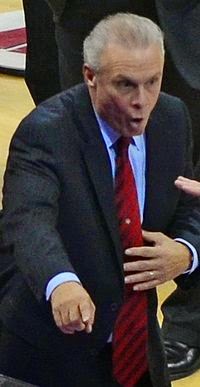 There are some people that you root for to have good things happen to them and one of those individuals is Wisconsin Basketball Coach Bo Ryan.

The Badgers gave Bo a contract extension through 2020 which means he'll be 71 if he plays out the deal. Bo deserves to leave on his own terms especially since he's the best coach the Badgers have ever had.

All Bo has accomplished in his tenure at Wisconsin is guide his squad to Back-To-Back Final Fours, four Regular Season Big Ten Championships and three Big Ten Tournament Titles.

Want some more impressive numbers, in the Big Ten he's amassed a 172-68 mark for a .717 winning percentage.

His collegiate All-Time record is 740-228 and he was a finalist for enshrinement for the 2015 Basketball Hall of Fame.

All I can say right now is the obvious, "Bo knows how to win."

Why am I dumb enough to comment on 1976 former Olympic icon Bruce Jenner's Sex Change at 65?

Because it's trending and I'll say that he should change his name to Jennifer Jenner. This has a nice ring to it.

But the former male does know how to attract an audience because just under 17 million people tuned into an ABC News Interview when he identified himself as a woman.

Nielsen also estimated that there were 972,000 tweets Friday Night about the Jenner Interview.

It is weird because this was an individual who once appeared on a Wheaties Box in 1976. Once upon time he appeared on a box that's viewed as the Breakfast of Champions. Now Jenner is having a Late-Life Crisis and appears to be depressed of his previous identity.

Whatever the case, I wish Jenner well for the duration of his/her time on earth if this is what makes this person happy.

But I will honestly say that Jenner's Olympic accomplishments will have a far different meaning than before.

If there is one baseball person that I'm totally fed up with, it's former Baseball Commissioner Fay Vincent.

There is no question that Pete Rose made some major mistakes that earned him a life-time ban from baseball by late Commissioner Bart Giamatti in1989 for gambling.

Rose is still banned from baseball and former Commissioner Bud Selig has left this ban in the hands of his successor Rob Manfred to decide.

Personally, I would like to see Rose reinstated because he has served his time.

For now, I commend Manfred for allowing Rose to participate in this summer's All-Star Festivities in Cincinnati. The commissioner is allowing Rose to be a part of FOX'S broadcast team in their studios. I'm looking forward to his insights.

It's better for baseball to see Pete involved in the game in some capacity.

I truly don't believe that Rose will ever get into the Baseball's Hall of Fame while he's alive---perhaps not even when he dies because of his association with gambling. Baseball is old school and the traditionalists won't let it happen.

It's the toughest Hall of Fame to get into. A vote of 75% is required to get in and not 74.9%. There have been years were zero players were voted into the Hall of Fame.

I do feel like it's time for baseball to move on and give him another chance.

I know Manfred isn't dodging the subject but he recently said on ESPN's Mike & Mike in The Morning that he's investigating all the facts that led to the ban in 1989. He's in touch with Roses' representatives so he'll listen to them before making a final decision to let Pete back in.

I'm sure that if Rose does get back in baseball there will be stipulations about the jobs he's allowed to take and will be micro-managed to the max. I can't see Rose at the age of 71 getting any major opportunities.

As for Vincent, who constantly remains outspoken about Rose, I'll say this and take a line from Mike & Mike In The Morning "Just Shut Up."

Vincent took over for Giamatti on September 1, 1989 and resigned in 1992 after the owners gave him a "No Confidence Vote" of 18-9. Baseball would proceed to flourish without Vincent under Bud Selig.

So once again Fay Vincent, "Just Shut Up."

I'm rooting for Alex because the Yankees really need him.

Rodriguez served his 162-game suspension because of his steroid issues. He's served his punishment and deserves the opportunity to resurrect his career.

But to his credit, the layoff allowed him to give his surgically repaired hips a chance to heal. This season Rodriguez is seeing time as a DH and at first base.

Currently, he's one home run away from Willie Mays mark of 660 that would earn him another $6 Million. There are other milestone bonuses that he's looking to cash in on at $6 Million a pop. But realistically, the Yankees will do everything in their power not to pay these bonuses because of his involvement with PED's.

It will be interesting to see how this plays out with the Players Association because they don't like to see one of their members lose money. But by the same token, Rodriguez during his legal troubles tried to sue his Union however, he subsequently dropped the lawsuit. It's safe to say, he didn't make any friends.

Nonetheless, he promised Manfred that he'd stay away from drama and he's kept his word thus far. There is no question he'll never make it to the Baseball Hall of Fame. The main thing left for Rodriguez is to reach the end of his contract to earn his $60 Million remaining salary and finish his career on a positive note,

Hopefully, Yankees fans will embrace his comeback with less boos so he can play loose. I hardly doubt that Rodriguez could care less about the backlash on the road. The Yankees are getting older and it will be interesting to see if there are any future stars on the horizon. Plus, he'll put people in the stands.

As of this post, Rodriguez has five home runs and 13 RBI's in 20 games. I'll be interesting to see how well he performs as the season progresses and if the Yankees return to the playoffs.

Staying on the diamond, this is one of the most expensive divorces in baseball history as the LA Angels traded Josh Hamilton back to the Texas Rangers this week.

Due to a recent drug relapse and his under performance on the field, Angels Owner Arte Moreno wanted no part of Hamilton. Since Hamilton had a full no-trade clause in his contract, he took the best and only deal available. Hamilton wanted to return to Texas.

The Angels are paying Hamilton $68 million of the three-years remaining $80.2 million of his contract, while Texas pays under $7 Million.

Hamilton forfeited money for a reason why many of us would not want to move to California.

There is no State Income Tax in Texas while it's 13.3% in California.

Moreno was hoping Hamilton would get suspended by MLB because of his drug issues to save money, but rather than face a legal challenge from the players union by not paying him with a team suspension, he did the next best thing and that's was his hands of a bad free agent signing.

For Arte's sake, he can only hope that Hamilton doesn't have success against the Angels or leads them to the playoffs since these are divisional rivals especially since Josh is on his payroll.

For Texas, this is a Low Risk and potentially a High Reward.

It will be interesting to see how this plays out the rest of the 2015 Season.

Finally, we'll end this column by staying in the Dallas-Metroplex Area. 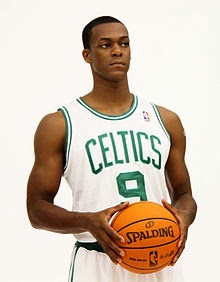 While the LA Angels are saying good riddance to Hamilton, the Dallas Mavericks are doing the same to point guard Rajon Rondo.

This week the Mavericks were eliminated in the playoffs by the Houston Rockets. Rondo didn't receive any playoff shares.

The 29-year old can be considered a Cancer on any roster. He's a temperamental head case.

If you can't get along with championship winning coaches like Doc Rivers or current Mavericks pilot Rick Carlisle, then who can you play for?

The NBA is loaded with point guards, so I'd be very curious about what team would want to sign him this off-season.

I know the Los Angeles Lakers have been mentioned, but really, do you think Kobe Bryant would tolerate Rondo's immature behavior? I doubt it. I don't see Rondo reuniting with Doc Rivers and joining the Los Angeles Clippers.

What about Rondo in a New York Knicks uniform with Carmelo Anthony? I would feel sorry for Knicks Coach Derek Fisher.

What young team would want him to be a bad influence on their development?

The best place for Rondo is China.

This place has the most perfect environment for whatever fun activity you are looking for. If you want a low key and more intimate atmosphere, come and hang out here. If you want the party scene, weekends at this New York city party place are where it's at!