What is more interesting?

The Final Four or the college basketball coaching changes?

Let's talk about the tournament first.

In the majority of My Brackets, I predicted that Kentucky (38-0) would defeat Duke ( 33-4) in the Finals on Monday Night, April 6th.

I did have Wisconsin (35-3) in many of My Final Fours. The Badgers game against Kentucky figures to be a classic from two No.1 seeds with plenty of Pro Prospects and NBA Scouts in attendance.

If there is a player who deserves to win the John R. Wooden Award, it's Badgers Center Frank Kaminsky. The 7 ft 0 in, 242 pound senior center will turn 22 on Saturday when the Badgers face the Wildcats. Couldn't think of a better birthday present for Kaminsky if Wisconsin prevails.

Kaminsky, a native of Lisle, Illinois., came back for one more shot at an NCAA Title after his team fell short in last year's Final Four.

I decided to put Duke in the Finals because of ESPN's Outside the Lines Show. During the broadcast, Blue Devils Coach Mike Krzyzewski seemed to be recruiting the same way as Kentucky's John Calipari.

Coach K is adapting to the one and done philosophy and doesn't mind seeing his players stay for 1-2 years. He's an old dog learning new tricks to win. In addition to his college success, Coach K has done an excellent job with USA Basketball working with NBA Players.

I still like Calipari to win the NCAA Title and complete the perfect season, but I commend Coach K for adjusting to the times.

Michigan State (27-11) was the only blemish in My Bracket to reach the Final Four. I know the Spartans have caused lots of bracket turmoil. Last year I had MSU in The Final Four; a year too early.

But Coach Tom Izzo continues to amaze me as Mr. March. He's been to the NCAA Tournament 18-straight years, The Sweet Sixteen 13 times, Seven Final Fours and won a National Title in 2000.

His squad was 23-11 in the regular season and he was under-seeded at No.7. The road to Indiana was with wins over ACC Powers Virginia and Louisville.

Last year Connecticut won the title as a No.7 seed, so will history repeat itself? We'll see if this
materializes starting Saturday Night.

Here is a list of teams which didn't play in this year's post-season.

There is talk that Florida Coach Billy Donovan is chomping at the bit for a chance to coach in the NBA. He previously accepted the coaching position with the Orlando Magic but changed his mind.

The Magic are looking for a new coach again. I have a feeling that Donovan will be a strong candidate with Orlando and will get plenty of offers. It's just a matter what situation will be a good match.

These schools become relevant on Saturdays and during the NFL Draft, but for this March Madness, they're watching games on TV.

Now onto the coaching changes.

One program that appears to have made a good hire is the University of Tennessee. 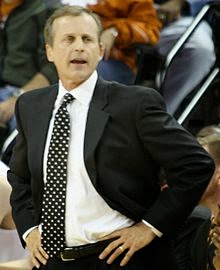 After being fired by Texas last weekend with a 402-180 mark in 17 seasons with the Longhorns, Rick Barnes, 60 wasn't out of work long. He takes his overall 604-314 record, which ranks ninth among all active in Division I coaches to Knoxville also known as Rocky Top.

Barnes teams have reached the NCAA Tournament 22 years, have Six Sweet Sixteen Appearances, Three Elite Eights and made it to the Final Four in 2003.

Ironically, this is the alma-mater of his wife Candy.

At Tennessee he'll get a six-year deal worth $2.25 Million.

Tennessee has been turning over it's fair share of coaches in the past five years and third in three seasons including Barnes. He'll bring stability to the program which has been overshadowed by the success of Football and The Lady Volunteers.

The Volunteers have no problem spending money for basketball coaches.

Former Coach Bruce Pearl (now with Auburn) was earning $1.9 Million and was on his way towards a raise until a scandal earned him a pink slip.

Prior to Tyndall, The Volunteers last coach was Cuonzo Martin departed for California a year earlier.

Barnes coached his last game on Thursday March 19, as Texas lost to a second round game to Butler 56-48.

I'm sure Tennessee would like to have a powerhouse men's program but I think they'll be happy with stability on the hardwood. I do believe Tennessee found a guy with tremendous integrity and a strong background. 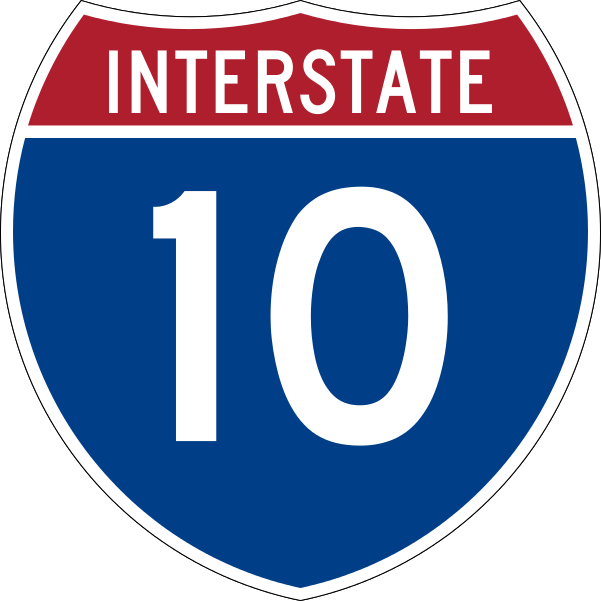 Speaking of the Texas Longhorns, they wasted little time finding Barnes' replacement as they hired Madison, WI., native Shaka Smart as their new head coach. Smart will turn 38 on April 8th and there is no better birthday present then to go to a state which is as big as Texas.

The State of Texas itself could be a country of it's own and high schools spend lots of money to make sure they have first class facilities.

If Smart drove from El Paso, Texas to the Louisiana border across I-10, that's a 20-hour drive that I've taken a few times.

Smart will have Dallas and Houston as main recruiting territory so there will be no shortage of prospects.

In the past year, the Longhorns hired Charlie Strong to replace legendary Football Coach Mack Brown and now Smart is taking over for Barnes.

But it looks like Texas made a good hire since Smart took a mid-major program, The VCU Rams and in six seasons his squads posted a 163-56 record with a .744 winning percentage. In the NCAA Tournament he was 7-5. He also has one Final Four on his resume.

Not a bad weekend for the City of Madison, WI.

Now from a Big State to The Big Apple as St. Johns recently fired Steve Lavin after five seasons.

In Lavin's five years, he finished with an 81-55 mark and the Red Storm made two NIT and two NCAA Tournament Appearances.

Like Barnes, Lavin was fired after a second round loss as the Red Storm dropped a 76-64 decision on March 19 to San Diego State, which is coached by former Michigan Wolverine, Steve Fisher.

The Brooklyn, NY., native has served in the front offices for the Golden State Warriors and the Sacramento Kings.

Will all of his success on and off the floor enable St. Johns to return to the glory years under Hall of Fame Coach Lou Carnesecca?

Mullin received a glowing endorsement from his 90-year old coach.

Time will tell if bringing Mullin back to his alma-mater will pay dividends.

But a couple things are for certain.

First, his track record should bolster his chances in recruiting.

Second, the alumni/boosters and administration have a familiar face that know the program and area well.

Like Michigan's Jim Harbaugh, there is a lot of work to be done, but now the energy level is extremely high at St. Johns. But will it stay that way? Once again, time will tell.

I do believe that Lavin will find a new coaching job if he wants one since he's coached at UCLA and St. Johns or expect him to be returning as a color analyst in 2015-16.

Finally, speaking of UCLA, another former Bruin Coach Ben Howland is back on the sidelines and he'll be coaching in the SEC at Mississippi State for the Bulldogs.

Howland led UCLA to three Final Four Appearances and his record as Bruins' Coach was 233-107. He is second in All-Time Wins in UCLA History behind John Wooden who had 620.

The Bulldogs will be getting a coach who has a career mark of 399-208 with a .657 winning percentage and also had a successful tenures at the University of Pittsburgh and Northern Arizona University.

Howland has a reputation for taking struggling programs and turns them into winners. He was 89-40 (.690) in four seasons at Pittsburgh and 79-59 (.572) at Northern Arizona.