Beware Of The Wolverines

Before you fill out your brackets here is something to keep in mind.

How much can emotion factor into whether a team makes an incredible post-season run?

In last week's Big Ten Tournament, The Michigan Wolverines played this card all the way to a Conference Championship. 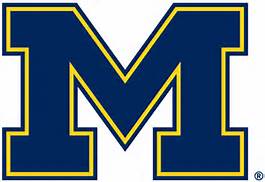 The Wolverines airplane crashed Wednesday, but thankfully nobody was hurt and the team flew out the next day to Washington D.C. where they would face Illinois in their practice jerseys on Thursday, March 9. The determined No.8 Wolverines thrashed No.9 Illinois 75-55.

Michigan arrived at the arena at about 10:35 a.m., and they were playing basketball less than two hours after that (tipoff was delayed about 20 minutes).  They flew in on the Detroit Pistons Jet.

On Friday, March 10, Michigan would play in its regular jerseys and needed OT to defeat No.1 Purdue 74-70 as the ride continued.

On Saturday, March 11, the Wolverines next victim would be No.4 Minnesota as they outlasted the Golden Gophers in the semi-finals 84-77.

Championship Sunday occurred on March 12 as No.2 Wisconsin stood in the way of a conference title.

But Michigan showed a tremendous amount of resilience as the Wolverines blasted the Badgers 71-56 to earn an automatic bid to the NCAA Tournament and will now face the Oklahoma State Cowboys on Friday.

It was refreshing to see the Verizon Center in Washington, D.C., rooting for Michigan throughout the tournament, as it appeared as U-M was playing at the Crisler Center in Ann Arbor.

If the Big Ten was looking to expand the brand by adding Rutgers University and Maryland, the conference did exactly that in Washington D.C. opening up the East Coast Market.

The Wolverines enter the NCAA Tournament with a 24-11 record. 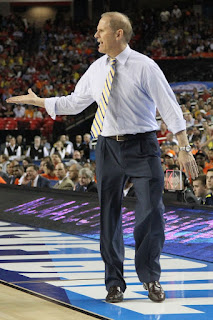 John Beilein is the school's all-time winningest coach with 213 wins passing Johnny Orr and guided the team to an NCAA Finals Appearance in 2012-13, as the team was 31-8.

Beilein's all-time coaching record stands at 689-409 with a winning percentage of .628.

Whether Beilein can work any magic in the NCAA Tournament remains to be seen.

But how far can emotion take a team into the tournament?

Lets go back to 1990 as the Wolverines had to deal with this first hand.

On March 4, 1990, Loyola Marymount University Forward Hank Gathers died during a basketball game due to a heart attack. The Lions would represent the West Coast Conference (WCC) in the NCAA Tournament.

Led by Gathers childhood friend Bo Kimble, the Lions would make an incredible run through the NCAA Tournament all the way to the Elite Eight.

That year the Wolverines were the Defending National Champions and they encountered a hungry Lions squad.

How hungry were the Lions? Loyola was coached by former Los Angeles Lakers boss Paul Westhead, who brought an explosive offense to college. Westhead ran a run-and-gun style which enabled LMU to average a Division I-record 122.4 points per game that season.

But it would be an incredible run for Loyola Marymount University.

Obviously, none of the current Wolverines were alive when all of this took place.

But if these kids were to look at NCAA Basketball History, the Lions tournament run was extremely special.

Fortunately for Michigan, the plane crash may have shaken these kids and their coaching staff up but, thankfully nobody was hurt.

Yet, with their success in the Big Ten Tournament, this is a great emotional adrenaline builder for the entire program.

On Saturday, March 18, this will be the 27th Anniversary of the Lions thrashing of the Wolverines.

I'm sure U-M would like to keep their magical run going past this date.

Michigan is considered a sleeper by many experts to win the NCAA Title.

I hope these experts are indeed correct and they win the NCAA Title.