Sparring With The Real Rocky

The South Florida Region has always been kind to me when it comes to Boxing.
When I lived here from 1982-84, I worked for The Hallandale Digest and we covered Boxing hard when the situations presented themselves.

Interviewing and writing stories on the late Muhammad Ali and Sugar Ray Leonard were unquestionably thrills of a lifetime.

I became friends with Ali and Leonard's Trainer, the late great Angelo Dundee, who taught me a lot about Boxing. The only thing Dundee didn't do was train me and be my corner man in a fight. 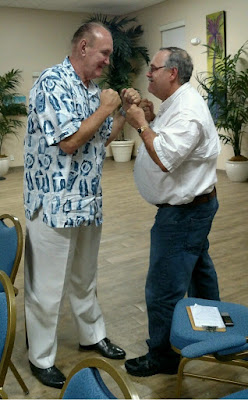 The old Diplomat Hotel in Hollywood, FL., used to host events and I met prominent Judge Eva Shain. She became the first woman to judge a Heavyweight Championship bout. Shain was one of the judges at the fight between Ali and Ernie Shavers in 1977 at Madison Square Garden in New York.

I wrote a story on former Boxing Referee Joey Curtis at the Diplomat Hotel.

Curtis will always be remembered as a referee for taking a Boxer's safety first.

On December 10, 1982, he was chosen to referee the World Boxing Association's World Championship Fight between Champion Mike Weaver and Challenger Michael Dokes.

Dokes came out relentlessly early in the fight and hammered Weaver often. Curtis controversially stopped the fight in 63 seconds into the first round.

When we talked, Curtis told me that the Nevada Athletic Commission told him to be mindful of the condition of the fighters after the November 18, 1982 death of Korean Duk Koo Kim as a result of a fight with Ray Mancini in Las Vegas on November 13.

Another friend of mine is old Boxing Historian, Hank Kaplan. I met Kaplan when I was covering events that he was promoting through Pugilistic Promotions. These fights would take place at the War Memorial Auditorium in Fort Lauderdale, FL.

Kaplan and I would go out to eat often and we once talked about an idea of seeing whether it would be feasible to have a Boxing Match at Gulfstream Race Course (Home of The Florida Derby) since I knew President Doug Donn real well. Nothing came of that.

I happened to be on Facebook and there was a link on My Timeline for an event to be held at Lauderdale By The Sea City Hall.

One of the promoters behind it was Lisa Bartolo.

For those of you that don't know Wepner, 78, Chuck fought Heavyweight Champion Muhammad Ali on March 24, 1975. The fight nearly lasted 15 rounds. Wepner was knocked out with 19 seconds left in the 15th round.

The contest was held in the Richfield Coliseum in Richfield, Ohio.

Wepner's incredible effort as a heavy underdog to Ali was the inspiration for The Rocky Series.

Wepner's main nickname is "The Real Rocky" and we had a chance to talk about many things in this Exclusive Q&A Interview.

The reason why I've decided to post the interview now is there is a new movie made on Wepner that is being released on May 5, 2017 titled "The Bleeder" also known as "Chuck."

Q: Describe what it was like to fight Muhammad Ali and be able to nearly go the 15 round distance?
A: It was the greatest fight of my life getting a shot at the title. It took 12 years and I finally got the shot, and I went 15 rounds to go at Muhammad Ali. I had the champ down and they made the movie Rocky about me. A lot of things turned out good for me.

Q: When you were fighting Ali, do you feel that he ever underestimated you going into this particular fight since you were a prohibitive underdog knowing you lost in a mere 15 seconds?

A: I definitely feel Ali underestimated me. He took the fight thinking it would be an easy one. This fight turned out to be one of the longest fights of his career.

Q: I know that your fulltime job was a liquor salesman.
What was it like to be without a trainer for much of your career until the Ali Fight?
A: It was hard. I would run in the morning, then shower, go to work all day, then go to the gym at night. It was pretty tough, but those are the things you face when you don't have any money backing you up.

Q: Did Promoter Don King get you a trainer for the Ali fight?

A: Don King took me on as a promoter at the end of my career, and he got me a guy by the name of Billy Prezent. He was a part-time cornerman . Billy helped me a lot. He gave me the attention I never got in the other fights in my career.

Q: I notice you were using "The Rabbit Punch" against Ali. How effective was it? Where did the punch come from?

A: I was tall and I seemed to be always punching down on guys. Guys would duck in and 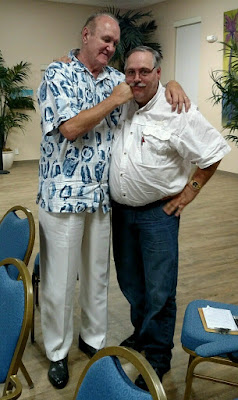 I would really hit them. Even though it was an illegal punch, it worked for me because it used to wear guys down, and that's what I tried to do with Ali.

I try to get them out of his rhythm and make him go to war with me. I tried to get him to punch himself out. It worked to a certain extent. That was my signature punch.

A Rabbit Punch is only illegal only it it's on the back of the neck. In that fight, the punches were on the side of the face and neck which a lot of those punches their were legal. You try to throw the punches and when you throw them, the guy keeps ducking and they're close to the body, and it's legal.

Q: Let's talk about your boxing style. Did you ever view yourself as a brawler or a finesse fighter?

Q: Would you say that you were able to get that Ali fight because he was looking for someone white?

A: That's exactly what it was. He was looking for a white guy to fight for the title. I was the only Top 10 guy in the world. That's why I got the shot.

A: Yes. When "The Greatest" was gone, I gave hundreds and hundreds. I also gave 34 on the phone and seven on national television totaling 41.

Q: What was your proudest accomplishment in your boxing career?

A: My highlights include winning the NABA World Title in 1972, and going 15 rounds with Ali.

Q: One of the many things I respect about you Chuck was you never dodged a fighter. Do you take pride in that?

A: Yes. In my era, it wasn't my style. I couldn't dodge anybody. I started late. I won the New York and East Coast Nationals at 25-years old. So I took on anybody that wanted to fight me, I would fight them.

Q: What fighter did you fear the most?

A: I didn't fear anybody. The toughest fighter I faced was Sonny Liston. I went 10 rounds with Liston and it was a brawl. I got banged up pretty good.

Q: Give me your observations about the Muhammad Ali vs George Forman fight that was held on October 29, 1974?

A: I didn't think Ali could beat Foreman and I was going to be fighting Foreman for the title after that fight. But low and behold, the great Muhammad Ali pulled it out of the bag and knocked him out in the eighth round. He outsmarted Foreman with "The Rope-A-Dope."

Q: One thing Ali told me when I interviewed him back in 1982 was he wore Foreman out and George had no gas in the tank. He boxed very patiently. Does that make sense?

A: Yes. I was at Ali's 70th birthday in 2012, and he said the things just as you have said. He wore me out and he hit me then the next thing I know, I look up, and I'm on the floor and he's standing over me. How did this happen? I didn't beat the count. I actually got up at nine but was stumbling, and the referee waived off the fight. It was a great fight. Ali proved his greatness that night.

Q: When you were fighting in your prime, matches used to go 15 rounds. It seemed like to me that fighters took more punishment, plus they were fighting more often. What do you remember about that?

A: There were a lot of better heavyweights. I was ranked in The Top 10 in the world 42 straight months. Nowadays, the heavyweight division is terrible.

A: It was actually $4.4 Billion as of 2014 nationally. It's all over the world. It's more popular in Japan and in Europe than it is in the USA. You know how popular it is here. I get about 10 calls a month saying Chuck, Rocky is on. I've seen it 10 times, have watched it 10 times, and I'm not going to watch it again.

I think Sylvester Stallone is a great action actor, and he makes a lot of great movies. He's done a lot for me in the past and he's doing a lot for me now. He's one of the co-producers of My Movie, "The Bleeder."

Q: Chuck, I'm going to let you have the floor. Let's talk about the legalities of The Rocky Series and how it pertains to your life story. What's your relationship like with Stallone? 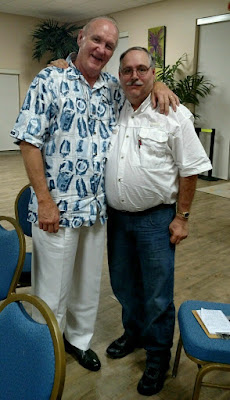 A: He made the movie. I'm deeply honored that I was the inspiration. As a matter of fact, in Rocky 2, he wrote a part into the movie, a boxer named Ching Webner, his best sparring partner. I read the part, but didn't do well. I didn't get the part. But that's alright. I'm not an actor. And Sylvester Stallone has done a lot for me.

There was never any sour grapes from me as far as I'm concerned. I didn't think there is from him either. Things seem to be alright.

Q: Would you say you've made out well financially over this?

A: I have made money throughout the years. Best of all, a lot of people call me "Champ" Rocky.

During the course of our conversation, it seemed that Wepner is at peace with himself.

Here is a guy that is called "Champ" because of his connection to The Rocky Series.

As aforementioned, Stallone wanted him to read the part again for Rocky 2 to be his "Chief Sparring Partner."

While it wasn't good enough to get in the movie, that never mattered to Wepner.

He also told me that he likes UFC/MMA because it's exciting and he hopes those fighters make good money like boxers.

But when you break down Chuck Wepner as a whole, this is a guy that almost went the distance with Ali.

Once upon a time, he couldn't afford a trainer in his boxing career.

But meanwhile, while many fighters have passed away due to head trauma as a result of excessive blows to the head, including Ali, when we met, Wepner was in Fantastic Shape!

What will Wepner's legacy be over time?

1. Will it be for the courageous fight with Muhammad Ali?

There are no wrong answers here and a good way to describe Wepner is he was a "Blue Collar Brawler."

For myself, I will say it was a thrill of a lifetime for me to spar and interview "The Real Rocky." I can't count how many times that I've watched the Rocky Series.

But I'll say this, I've had many great interviews in my 38 years in Sports Media, and this one will rank amongst the best!