Although Father's Day was June 18, 2017, there are a couple interesting story lines that are worth mentioning.

Both of these actually originate from Los Angeles, CA.

Throughout the past several months, LaVar Ball has had a war of words with everybody on the basketball planet in college and in the pros as well as in the media. 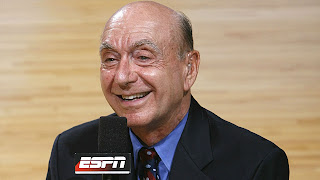 Thanks to the luck of the lottery, Lonzo Ball, formerly of UCLA, did get drafted by his hometown Lakers as the No.2 Pick overall

But it won't be an easy task for Lonzo as Magic Johnson pointed out to him in the Lakers introductory press conference.

Johnson reminded Lonzo, with his father watching, of the Lakers rich championship tradition and also referenced how many numbers have been retired.

He told Lonzo that he expects more championships and to have his number retired one day.

If there is a pressure cooker, then this one is it!

LaVar Ball knows that Johnson and Larry Bird turned around the NBA's downtrodden near bankruptcy situation, which saw it's Finals games on Tape Delay in the late 1970's.

You can rest assure that before Lonzo was drafted, that Magic made it clear to LaVar that his actions and antics won't be tolerated in Lakerland.  Magic is one individual who won't tolerate any distractions.

He saved the league from being dissolved and going broke.

The players of today are getting paid a lot of money because of what Johnson, Bird, Michael Jordan, Charles Barkley and many others did to grow the game.

When the NBA Draft concluded, you can rest assure that everybody was glad that they were tired of hearing from LaVar Ball.

I realize LaVar did everything in his power to promote his kid's abilities and I commend him for doing that. He's an excellent father.

When the draft was over, LaVar Ball starred on WWE's Monday Night Raw on June 26, 2017.

More power to him.

Good Luck LaVar if anybody with any financial sense pays for these shoes.

If you can get that price, more power to you.

I wouldn't spend that kind of money!

But now that LaVar Ball his built his son up to be the next superstar, this will be a huge pressure cooker.

All I'll say is Lonzo will have the biggest Bullseye On His Chest than any prospect that I've seen in years!

Players will be hard fouling him and I'll be curious as to how many calls he gets early in his career.

The pressure is really on Lonzo Ball to not become a bust! I'll say this again, not to become a bust! I've covered the NBA for years and my gut feeling is he'll become a good player, not a great one.

I welcome the kid to prove me wrong because if I am wrong, the Lakers will once again become an elite organization.

If I'm right, and Ball struggles, and LaVar is loud and obnoxious, then Magic will make him disappear into the highest levels of the Staples Center.

This next Father's Story is an Excellent One. 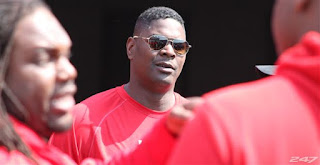 Former NFL Star Wide Receiver Keyshawn Johnson Sr. recently pulled his son Keyshawn Jr. out of Nebraska because his son was getting involved with Marijuana.

Johnson Sr. didn't want his son to hang around the wrong peer group and brought him back home to LA.

By taking away his son's opportunity to play big-time college football, this sent him a message that Johnson Sr. was protecting his son from himself.

In an ESPN interview, Johnson said his son is at home training hard and hopes to return to Nebraska one day.

Cornhuskers Coach Mike Riley has said that when the time is right that Johnson Jr. will be welcomed back into the program and get another opportunity.

Johnson Sr. has won a Super Bowl and was mentored by Hall of Fame Coach Bill Parcells.

Johnson Sr's actions should set an excellent example for all father's out there as to how to handle their son's and save them from self destructing. 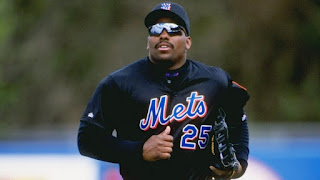 Please find me Bobby Bonilla's agent. It's been 16 years since Bonilla last played in the Big Leagues, yet the six-time All-Star is collecting a paycheck.

Bonilla's agent worked out the deferred payment deal which came with an annual interest rate of 8%.

When it's all said and done, Bonilla will end up making $29.8 Million on the deal/$23.9 Million more than $5.9 Million he was originally set to make.

Best of all, Bonilla lives in Sarasota, FL., where there is No State Income Tax.

Finally, I'm not losing any sleep that Mike and Mike In The Morning on ESPN2 will be coming to an end later this year.

Mike Greenberg will be getting his own show while Golic will be paired with Trey Wingo on another ESPN Station. 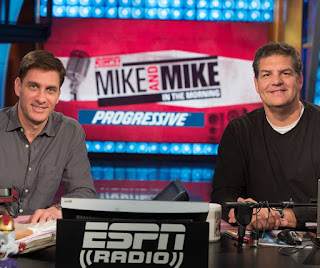 It's a shame that this duo is breaking up after an incredible 18-year run. Their 6-10 am time slot was ideal for my schedule.

I have now decided not to watch the program and have replaced it with Morning Walks. The mornings are cooler on Deerfield Beach.

Over the past three months, I've lost around 44 pounds and am working to lose more weight to get even healthier hoping that the long term outcome ultimately leads to getting rid of diabetes.

I'm currently weighing around 215 and hope to lose another 10-15 pounds by the time My wife and I depart for Hawaii for our Honeymoon, in addition to being at My Niece Brooke Morganroth's wedding to Jake Schifko on August 26, 2017.

I am currently working on other business interests that I will disclose when the time comes.

But I do wish Greenberg and Golic well in their future endeavors and enjoyed watching them through the years.

Scott Morganroth can be reached at www.scottsports33.com and is a member of The Detroit Sports Media.
- July 22, 2017

The information is very good and very useful. I really like it and I am also waiting for the post information.

You managed to hit the nail upon the top and also defined out the whole thing without having side effect , people could take a signal. Will likely be back to get more. Thanks
Tangki Panel
Tangki Fiberglass
Jual Septic Tank
Tangki Kimia
Jual Talang Fiber
Jual Rotameter
jual mesin ro
Jual Botol Plastik Agro