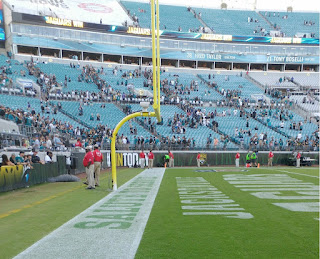 Last week in my column, I mentioned that Florida State University (FSU) had to reschedule an early regular season game with the University of Louisiana Monroe (UL-Monroe) that was cancelled due to Hurricane Irma to December 2, 2017 in a desperate attempt to become Bowl Eligible.

Since there are 40 Bowl Games, which begin from December 16, 2017-January 8, 2018, it's hard to not take note of certain games this weekend of teams scrambling to get into a Bowl Game.

I've always enjoyed watching and occasionally covering Bowl Games because it's another opportunity for NFL Scouts to see prospects to compliment the regular season, plus the few All-Star Games that are also scheduled.

There is no question that there is a saturation of Bowl Games and a lot of Empty Stadiums.

Yet these games do give universities, especially the smaller ones, much needed exposure to help bolster recruiting.

The Bowl Season does give student athletes a chance to extend their careers by a game.

You'll see unique match-ups that wouldn't be possible because of how difficult it is for Athletic Directors and Head Coaches to fit in when building future schedules.

In many instances, these are first time match-ups.

It's neat to see these students play in the Bahamas and Hawaii as well as other cities, plus also have the opportunity to possibly take their families.

I doubt I'd hear a complaint of a student getting to play in a warm California, Texas, Arizona or Florida city and spend some time at a popular tourist attraction as part of the business trip.

Let's not forget that in addition to the exposure and recruiting benefits, universities do get a payout to fund their athletic departments plus promote academics.

Here is a look at some of today's interesting match-ups as we examine how things play out in the coming weeks leading up to the Bowl Selection process. 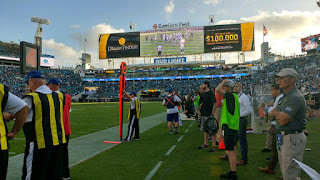 1. Louisiana-Monroe (4-5) has a tough task as it faces No.6 Auburn (8-2) in Auburn, AL. Win or lose, UL-Monroe figures to get a big payday while still trying to earn additional cash in a potential Bowl Game as well as valuable exposure.

Meanwhile, Auburn must play well in an effort to keep its National Championship hopes alive. They can't have a let down today.

2. Florida State faces the Delaware State Hornets in Tallahassee, FL. Delaware State is the same university which forfeited a conference game to earn a sizable payday as it faced the Michigan Wolverines in The Big House in Ann Arbor a few years ago.

Who would have thought that two schools so far a way in tradition would have records like this? Yet, Delaware State figures to get a huge payday and a moral victory would be keeping this game close. FSU is clinging to dear life just to get into a Bowl Game as evidenced earlier by rescheduling Louisiana-Monroe.

A few years ago, UAB dropped its football program only to bring it back. If the Blazers defeat the Gators, U-F will most likely be eliminated from Bowl Consideration. The only way Florida gets in with five victories is there aren't enough Bowl Eligible teams. If Florida defeats UAB, it still has a contest against state rival Florida State on November 25.

Like the Seminoles, Hurricane Irma didn't do the Gators any favors as its September 9, 2017 game against Northern Colorado was cancelled and as of yet hasn't been rescheduled.

The question remains, in a rough season, would the Gators even want to play in a Bowl Game which saw Head Coach Jim McElwain get terminated?

I would highly doubt it unless the Gators hire a new coach very quickly that endorses the idea to scout his new players. But the Gators have a lot of work to do in the meantime.

Finally, the Texas Longhorns (5-5) travel to West Virginia to face the Mountaineers (7-3) in Morgantown.

Mediocrity got former Longhorns Coach Charlie Strong fired a year ago in Texas, but he's rebounded very well at My Alma-Mater the University of South Florida with a 9-1 record.

Texas (5-5) lured Tom Herman away from the Houston Cougars with a five-year contract worth $5 Million per-year.

The Longhorns have two opportunities to reach a Bowl Game. A win over West Virginia and they'll get invited someplace. Otherwise, next week, they'll host Texas Tech (5-5) at home in Austin. 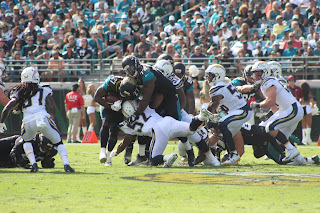 But the question remains, how long will the fans, boosters and alumni be patient with Herman if this national powerhouse doesn't regain elite status, thus having to settle for a lower tiered bowl game for a coach that figures to earn $25 Million for the length of his contract.

But as I analyze this weeks schedule, it's hard to believe that I'm writing a column on Florida, Florida State and Texas scrambling and hammering their way to get into a Bowl Game.

How times have changed and I'm doing just that.

Scott Morganroth can be reached at www.scottsports33.com and is a member of The Detroit Sports Media.
- November 18, 2017