The NCAA Final Four is all set and college basketball's March Madness is in full swing. 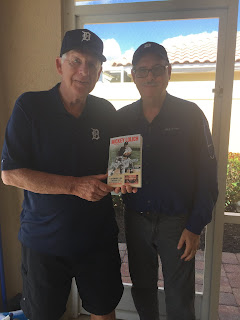 Now that I'm on the air broadcasting The Sports Exchange from 5-7 PM ET on Tuesdays and Thursdays, with Peter Wein on the weinetwork.com, there was a greater urgency to get the best material possible to keep things entertaining for our growing fan base.

During the month of March, I drove over 3,500 miles in a 24-day span compiling material for the Sports Exchange as well as building relationships to grow the South Florida Tribune, My Online Publication.

During this span, I even had a chance to visit a friend that I've known for 15 years and we finally met in person in Central Florida.

Here is an overview of my adventures and travels during "My March Madness" and I hope you enjoy what you're reading as I look to not only build my media ventures, but reinforce the passion in life that you live everyday as if it were your last.

On March 2, 2019, I commuted to Southwest Florida where I finally had a chance to meet My Childhood idol, 1968 World Series MVP Mickey Lolich, of the Detroit Tigers, at his home.

It was a two hour drive each way as I had him sign a four books that I purchased then gave him the game plan about being on the Sports Exchange, a week later.

We spent over an hour together talking about baseball.

I returned to Deerfield Beach to pick-up my wife Candy and we drove to the Tampa Bay Area that night which was another four hour drive. 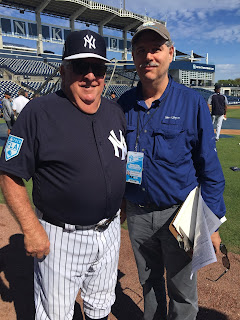 Little did we know that finding a hotel would be extremely difficult because the Strawberry Festival was in town and finding a room would be much tougher than we imagined.

We did land in Clearwater, FL.

The highlights of the day were reunions with former New York Yankee Manager Stump Merrill, who piloted the Fort Lauderdale Yankees when I covered them in 1983. It was also neat to see Yankees legend Willie Randolph. 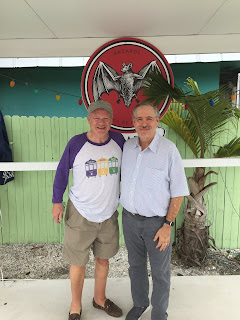 I would see my good friend former Detroit News Tigers Writer Tom Gage in Indian Rocks Beach, the Detroit Pistons facing the Miami Heat in Miami, commuted three days from Deerfield Beach to Sebring and had my first experience with Endurance Racing at The Sebring International Raceway.

The Sebring Experience was from March 14-16. The Pistons played on March 13 in downtown Miami.

This month seemed like Endurance Racing in it's own way to me.

The average drive from Deerfield Beach to Sebring is close to three hours each way with a lack of hotels. 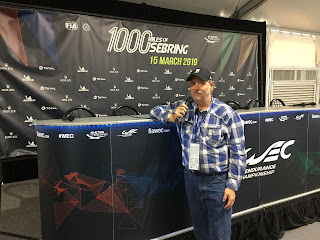 There was no direct way to get to the race track as I had to use four different roads which at times were quite challenging at night, especially those that had only two lanes.

We covered the Detroit Tigers vs Toronto Blue Jays at Joker Marchant Stadium in Lakeland, FL which is completely renovated on Sunday, March 24, 2019.

I covered two New York Mets games in Port Saint Lucie in the beginning and the end of March. Ninety minutes to me was an absolute cake walk, but the New York Mets were fantastic as I compiled lots of excellent material for the show.

One of my trips to Tampa was designed to get the South Florida Tribune on USF's distribution list so we can keep the alumni base in our area updated on Bulls' Sports.

How can I forget that the one Sunday we were in town, my wife Candy and I covered the Detroit Red Wings vs the Florida Panthers in Sunrise, FL.

There is a reason that my wife calls me a "Crazy Man" because I just enjoy driving, especially long trips. 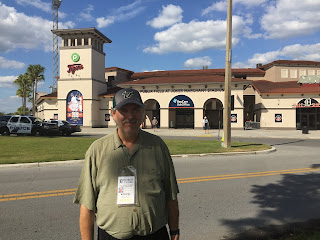 But when you have an aggressive agenda and I use driving as a way to meditate to clear my mind, I wouldn't live life any other way.

During these final two days of March, I rewarded my wife by taking her to Deerfield Beach so she can take pictures of sunrises which are beautiful in these parts.

I'm already getting restless and am ready to take another trip in Florida as some of the things I plan to do is see one of my contributors Xavier McKnight in Bradenton.

I'll also be covering lots of Class A Florida State League Games around the state as my wife and I plan to hit the rest of the Grapefruit League Parks we haven't seen a game in yet.

I'm sure that there will be other trips in the state that are not sports related somewhere along the way. 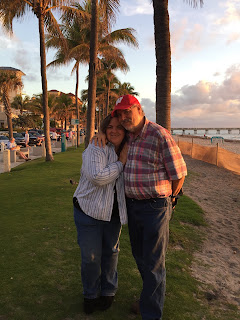 But it was a blast!

My time at Sebring was phenomenal as I did a live broadcast with my wife and Wein in the studio.

Initially, we were supposed to cover the NHRA Gator Nationals in Gainesville, FL, but that situation fell through while Sebring fell into our lap.

When people think of Florida, they often hit the beaches, Busch Gardens in Tampa, Disney World in Orlando and many other tourist attractions.

I'm amazed at how many different sports there are in the state in the various cities. One that stands out is the Daytona 500.

A person can create a bucket list of their own here in the Sunshine State.

Mine is far from completed, but over the years, I'd say that I've covered a lot of ground.

God willing, if I can get through the neck issues I'm experiencing and  if I can maintain solid health over the next year, March of 2020 will have an Arizona and Florida Flavor to them.

But I'm very pleased at what got done here and hope you enjoyed reading this as much as I enjoyed writing this story.

Scott Morganroth can be reached at www.scottsports33.com. He is the CEO and Founder of The South Florida Tribune.