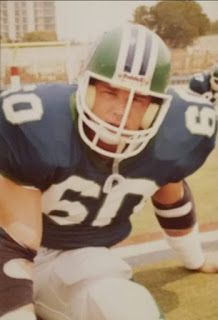 This time it worked well in landing one of The Sports Exchange's Best Guests.

I got a Facebook Friend Request from Bill Winters and accepted it.

We started chatting and then we started talking on the phone.

I practically burned out my battery on the first conversation and enjoyed every minute of it.

Winters had an interesting rise into Pro Football.

He's played in the NFL, CFL and the USFL.

With Montreal, Winters played in the 66th Grey Cup.

Winters was an undrafted free agent who played at Princeton in the Ivy League.

On Thursday's edition of The Sports Exchange on https://www.weinetwork.com/, I had one of my occasional rants.

I was furious that with all of the indigent announcers that are on network television, 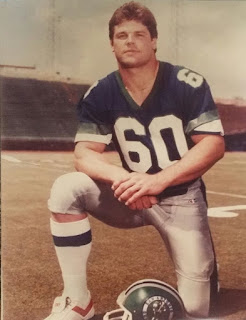 why is Winters not on National TV?

Bill deserves to be on these broadcasts.

If I were a play-by-play announcer, Winters would be my color analyst!

My mouth when it comes to promoting makes me admire the work of Boxing Promoter Don King, who was brilliant when it came to talking about his fighters.

Nevertheless, from our standpoint, the local business guests that are in the studio rave about Winters Football knowledge.

My aspiring journalists are ecstatic when they can learn from Bill and are thrilled to be on the line with him asking questions.

In addition to his experience on the field, he has an eye when it comes to judging talent and more importantly, when he comes on the air, Winters is extremely prepared by doing his homework.

As I create the foundation for the Sports Exchange, I'm working diligently to find dependable experts in every sport.

Thus far, Winters has risen to the occasion and is willing to grow with us. He understands what he has to gain right now is exposure and I've guaranteed him, he'll get plenty of it!

When I need a guest on short notice, I generally turn to Winters. He also does his best to promote on social media.

If you're looking for an Old School Football Mind, Winters is it!

What I have created is an excellent friendship with him and I was adamant that if he's loyal to me, I expect to add him on all my media platforms.

The only thing left for Bill and I is the eventual face-to-face meeting as we'll take our fair share of photos together, talk football, future broadcasting plans and about life.

We'll continue to enjoy the ride we're going to have with each other for years to come.

Meanwhile, thanks to Social Media and in this case Facebook, this friendship is a blessing!

Scott Morganroth can be reached at Scottbm33@gmail.com.