As much as I've always enjoyed watching the movie "Back To The Future," on Tuesday, July 30, 2019, it was neat revisiting an old, but new show.

This seemed like a movie "Back To The Past."

This radio show took place at the Old Stone Bar And Grill, in Washington Township, a suburb of Metro Detroit.

There was an old face in the past who shared center stage with me and his name is George Eichorn.

Back in the early 1980's, Eichorn and I used to have a Radio Talk Show called The Sports Exchange. 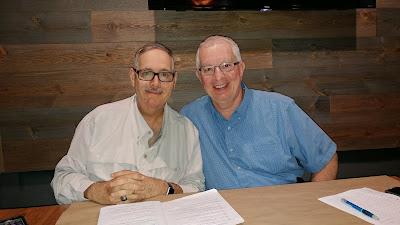 We did a show in Garden City, MI at WCAR AM that aired from 7-9 PM Sunday Nights. Back then, there were no primetime NFL Football Games.

We moved to Mount Clemens, MI., and shifted to WBRB AM.

The Sports Exchange became a six hour show on Saturday Night from 6-12 Midnight.

We did segments on trainers, sports movies and much, much more.

In those days, we relied on The Associated Press and United Press International, plus the sports ticker which gave us score updates.

Both shows were a blast in their own ways as we took call ins and did live and pre-recorded interviews.

We enjoyed the Magazine Style Format which I've implemented here.

We spent 12 hours in the studio preparing the show then doing it.

We had lots of carry out meals and ordered pizza frequently for the Saturday broadcast.

As we move the clock forward, I took the lessons I learned back then and last year worked out a deal with Peter Wein of the weinetwork.com in September of 2019.

I'm the Founder and CEO of The South Florida Tribune.

We created the relationship with the intent to grow both brands.

The South Florida Tribune has been growing steadily.

Wein has been a tremendous partner.

I write the show and I enjoy the challenge of booking guests and then we have fun entertaining our followers.

It's great to have young talent and the veteran athletes, media members, etc... work together and bring fresh ideas to the program.

Over the years, I've been accustomed to terrestrial radio.

I have to admit that Wein's network on internet radio appears to be the new trend. Plus, it's not regulated by The Federal Communications Commission (FCC).

There is a lot more promoting on Social Media and many more news sources to get your information.

For this broadcast, Wein produced the broadcast from our Delray Beach, FL., Studio. The show was also seen on Facebook Live.

For Eichorn and I, it was like old times telling stories of our early years working together.

Eichorn is a frequent guest on this show and serves as the Sports Editor of The South Florida Tribune. 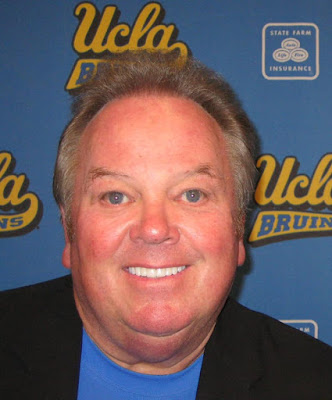 When Eichorn and I were working together, Wood and McKnight weren't alive. These guys are 23-years old. These youngsters have promising careers ahead of them.

He is currently the President of The Southern California Sports Broadcasters, an organization for which I'm a part of.

Chris has become a new mentor for me and a great friend that I met this year on Linkedin.

He's always there when I need advice or a guest.

You talk about a great addition to my life, Roberts is it! I'm looking forward to eventually meeting Roberts in person in LA, and am proud to be the first East Coast Member of his organization.

Eichorn is Executive Director of Detroit Sports Media. I belong to this group as well. It was great introducing these two guys.

The comradery on this show amongst us was excellent as you had three guys that have over 130 years in Sports Media together.

We all admitted that perhaps this industry has passed us by to some extent considering how much it's influenced by Social Media and Technology.

Yet, each of us kind of laughed about it.

When it was all said and done, and the show was over, the feedback I received from friends and family was incredible!

But this night was about reminiscing about old memories then creating new ones.

This remote will be the beginning of more and Candy Ebling did an outstanding job with the technical side at the restaurant.

All the people that participated were MVP's.

I'm just thankful that Eichorn and I had a chance to relive this experience one more time, 40 years later.

But this was one night that will go down as completely unforgettable!

We learned a lot and created lots of new memories.