I couldn't be happier for Jason Kidd. I've only met the guy one time and he was a class act. I've seen him play at the University of California and again with the New Jersey Nets. He led the Nets to the NBA Finals twice and is the best player in that team's history.

If he was going to land a head coaching job, the Nets organization is a good fit. But 10 days after retiring from the New York Knicks seemed faster than the speeds in auto racing. But I do wish him will in Brooklyn and in the Metro New York Area.

This move made me think of some things that I wonder about. I've decided for starters to compile a short list to determine what would have been or what will be to activate those thinking caps.

1. Pittsburgh Steelers Hall of Fame Defensive Tackle "Mean" Joe Greene was not only known for his tenacious play on the field, but he had good acting skills in a Coke Commercial. A big part of four Steelers Super Bowl titles, Greene would spend 16 years as an assistant coach for Pittsburgh, the Miami Dolphins and Arizona Cardinals. He learned from Chuck Noll, Don Shula and Dave McGinnis. I wonder how he would have done with his own gig. Too bad the "Rooney Rule" which established in 2003, requires teams to interview minority candidates, wasn't in place.

2. I respect Patrick Ewing Jr. for speaking on his Hall of Fame fathers behalf when Kidd landed the Nets gig. Ewing Sr. was hired by the Charlotte Bobcats as an assistant coach. He has been an assistant coach for 10 years and I'm surprised that he hasn't landed a head coaching job. He's worked with Jeff Van Gundy's  Houston Rockets and Stan Van Gundy's Orlando Magic. Ewing played for Pat Riley and John Thompson at Georgetown. He was a big part of the development of Lakers Center Dwight Howard. Ewing's paid his dues and is ready to run his own team. I wonder if his low-keyed demeanor is the reason he's been overlooked since the head coach has to deal with the media to sell his team to the fans.

3. Kobe Bryant has been watching the NBA Playoffs in street clothes and been sending occasional tweets via Twitter. During past injuries, I've seen Bryant sit on the bench and he jumped on his teammates during timeouts. It seemed like he was another coach. For some reason, I have a feeling that when his playing days are over, that due to his ultra competitiveness and knowledge of the game, Bryant will be roaming the sidelines as a head coach with the Lakers. I like his fire and he's learned from Phil Jackson. His Olympic experience with Coach Mike Krzyzewski can only benefit him down the road. Bryant seems like a guy that would want to win a title as a player and a coach therefore thrives on new challenges.

4. If Bill Laimbeer is going to ever have a chance to land a head coaching job, he better make a good impression coaching the New York Liberty of the WNBA. He won championships for the Detroit Shock and then proceeded to land an assistant coach position with the Minnesota Timberwolves on Kurt Rambis' staff. Laimbeer hasn't been able to get a sniff in the NBA with the rash of openings the past few years. It appears that he'll always be classified as a lady's coach and I wonder if he'll ever get a shot in the NBA. His hardnosed demeanor served him well during his playing days, but I wonder how many bridges he burned with coaches, general managers, owners and players that went on to new positions in the league. Laimbeer's personality with the press undoubtedly has cost him dearly from a political standpoint. Nonetheless, I'd like to see him get at least one chance in the NBA. 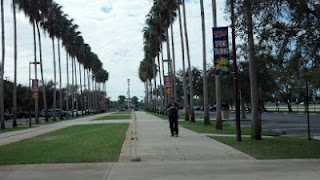 5. I wonder if  Fort Myers, Florida will acknowledge former Minnesota Twins Owner Calvin Griffith with at least a street name at Hammond Stadium. Griffith's statue is in front of Target Field in Minnesota. I was surprised there was no recognition of Griffith when I visited the place in January. I'll never forget the way I met Griffith in 1987 when the Tigers faced the Minnesota Twins in the American League Championship Series. I was outside Tiger Stadium trying to buy a ticket to the game. I attempted to buy one but the person took my $20 and never gave me the ticket. Luckily I bumped into My Highland House Employer Gene Ryeson , who I also referred to as an adopted uncle. He loaned me $30. I bought another ticket and as it turned out, I sat next to Griffith. We talked all game and I remembered everything Griffith said. I wrote a story for the Detroit Monitor and received a thank-you note from Griffith weeks later. When I told this to Ryeson, he gave me a big smile and hug. He told me to not pay back the money that it was a gift. The Twins went on to defeat the Tigers in the ALCS and won the World Series.

Scott Morganroth can be reached at scottsports33@aol.com.
Photo By Candice Ebling