I don't think the Detroit Tigers Managerial Search will be as complicated as it seems.

There are some good names out there but it's just a matter of determining if this team needs an overhaul or stays with continuity.

Are they looking for a Big Splash?

Or a Diamond in the Rough? 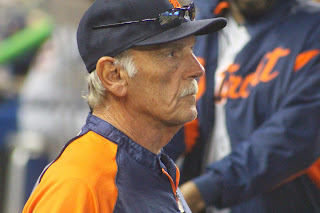 There is no question that I thought they were blindsided by this move because they thought they could get one more year out of Jim Leyland.

With Torii Hunter, Victor Martinez becoming free agents and Max Scherzer in line for a big payday either through arbitration or free agency after the 2014 season, Leyland could have had a great shot at a fourth straight post-season bid.

But this is where we are at.

The Tigers didn't have what the Pistons had when they fired Rick Carlisle and hired Larry Brown with their Succession Plan.

Brown led the team to the NBA Finals twice and won a championship in his only two years roaming the sidelines at The Palace of Auburn Hills. He bolted for his dream that turned out to be his nightmare job with the New York Knicks and Detroit proceeded to hire Flip Saunders, who led the Pistons deep into the playoffs, however, falling short of a championship losing in the Conference Finals.

Here is My Breakdown as to who the Next Tigers Skipper should be. Again, it's My opinion and I encourage any kind of feedback.

According to the Online Sports Book Bovada, I will attach the odds in parenthesis to what I believe and mention a few more names.

2. Lloyd McClendon (9-2) age 54 is a great internal candidate. He's been a Tigers Coach since 2006 under Leyland. His only stop was with the Pittsburgh Pirates from 2001-2005 where he was 336-446 and a .430 winning percentage. Considering that Pittsburgh has been dormant for 20 years, Lloyd deserves a second chance.

Once upon a time a guy by the name of Chuck Daly coached a horrible franchise in 1981-82 and went 9-32 with the Cleveland Cavaliers. All he did was win two championships with the Detroit Pistons in his second stop and compiled a 13-year coaching record of 638-437 mark, 12 playoff appearances en route to the Pro Basketball Hall of Fame.

I'd say that Daly did pretty well. I see no reason McClendon can't have success plus if he keeps coaches Gene Lamont and Jeff Jones then this becomes a seamless transition.

4. Torey Luvullo (5-1) is 48 and is another former Tiger that is serving as Bench Coach of the Boston Red Sox. He figures to be busy until October 31. If he's the Tigers choice, they'll wait otherwise he'll manage someday, somewhere.

6. Larry Parrish (8-1) will be 60 on November 10 and has previously managed the Tigers. He's a company man having spent plenty of time managing Detroit's farm teams. But I don't see a second tenure as Tigers skipper for Parrish.

7. Manny Acta (8-1) will be 45 on January 11, 2014 and is 372-518 with the Washington Nationals and Cleveland Indians. The Tigers are familiar with him as a divisional manager. If he interviews well then he could be a long shot for the job. But there are too many good candidates for this opening, however, he could still be a coach for Detroit because he can relate to the Latin players. 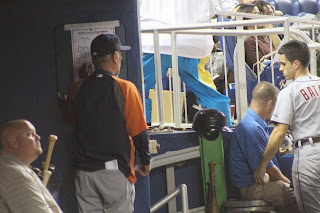 8. Dusty Baker (15-1) is 64 but I believe he has one more managerial stop left in him. According to My Mentor Tony DeMarco, he believes that Baker could land with the Los Angeles Dodgers if Don Mattingly is removed as pilot. I'll take Tony's word and Baker did play for Los Angeles from 1976-1983. He also played and managed for rival the San Francisco Giants. Need I say more about a Southern California Homecoming. He would be a safe choice for the Tigers if it ever happened.

9. Tony Pena (15-1) is 56. He's a bench coach for the New York Yankees as Joe Girardi right-hand man. He has one managerial stop with a down franchise leading the Kansas City Royals to a 198-285 mark and a winning percentage of .410 from 2002-2005. Again, another prominent Latin name, but is he a fit with the Tigers? I don't know. I'd like to see him get another opportunity.

Here are some other names that were not on the board worth thinking about,.

Tampa Bay Rays Coach Dave Martinez, 49, is currently a bench coach for Joe Maddon. Look for his name to come up as a promising candidate as he learns the trade from the Best Small Market Manager in Baseball, speaking of Maddon.

Two past managers that have won the World Series include Charlie Manuel, who will be 70 on January 4, 2014 and 49-year-old Ozzie Guillen.

In a 13-year managerial career with the Cleveland Indians and Philadelphia Phillies he compiled a 1000-826 mark. He's an intriguing short term candidate for a team that feels it's close to winning a title. His downfall in Philadelphia was attributed to trades that sent key players to contenders.

Manuel's 2008 World Championship with Philadelphia does make him a good candidate if team's are willing to overlook his age.

As for Guillen, his body of work was great until he took the Miami Marlins job.

In his lone season with the Marlins in their new ballpark, the team was 69-93 with a .426 winning percentage. He alienated the fan base by proclaiming he loved Cuban Dictator Fidel Castro.

If you want drama, great quotes and to see the Tigers vs White Sox rivalry get more intense, then he's your pick. Is he a good fit for Dombrowski and Ilitch, I have major doubts. I've always thought of Guillen as the Latin version of the late Tigers Manager Billy Martin. He's fiery, passionate and I enjoy the way he goes about getting the best of his players. He's well liked and respected in the clubhouse.

Baseball does miss him in a dugout and I have a feeling that he'll get another chance. Has he learned his lessons and is he more trouble than he's worth with the drama he brings? Stay tuned. There is another chapter to be written.

Finally, if you want a long shot candidate, here is one.

He's not mentioned on any of the lists that I've seen but he'd be a great fit.

Because of tampering rules, the Tigers wouldn't be allowed to contact Oakland A's Manager Bob Melvin, who will be 52 on October 28th.

But Melvin made his debut playing for the Tigers in 1985 under Sparky Anderson. He played 10-years for seven different teams.

His team plays in a stadium that draws poorly and has sewer problems. He managed two great playoff series against the Tigers only to come up short.

Give Melvin lots of resources and talent, plus he's a good age, then you have a guy that's more than capable of filling Leyland's Big Shoes.

I could see Tracy as a candidate but Gibson has committed to stay in Arizona and Scioscia  is under contract. He would be a good fit in Detroit as would Tracy, 57. Any former Pirates manager is worth of consideration since the franchise had 20-consecutive losing seasons.

Look for Boston Red Sox Third Base Coach Brian Butterfield to get some interviews down the road. I covered Brian back in our days with the Fort Lauderdale Yankees back in 1982.

During the 2010 off-season, the 55-year old native of Bangor, Maine., was one of four finalists for the Toronto Blue Jays job. He is the son of Jack Butterfield, the former Vice-President of Player Development and Scouting for the New York Yankees.

This guy is a baseball lifer and being in a baseball family, a good showing by Boston in the 2013 World Series could easily put him on a team's radar for a future managers job.

I could see Butterfield filling out a line-up card one day. 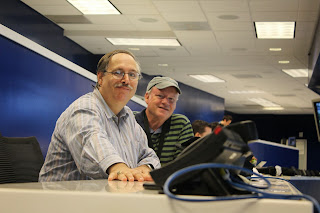 Now it will be interesting to see who the Tigers next manager will be but with this list of names mentioned in this story, I'll also be curious to see where these other skippers land.

My longtime friend Tom Gage, in the photo with me at Marlins Park in the Press Box, of the Detroit News has worked with many managers through the years and I'll be curious as to what he has to say next spring about the newest hire.