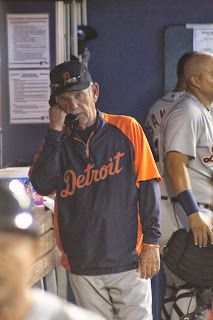 I went to Jupiter, Florida., to cover a St. Louis Cardinals game and Jim Leyland was managing this contest while Manager Tony LaRussa went on the road.

During our interview, Leyland looked relaxed and was having a good time.

He was six years removed from his last managerial job with the Colorado Rockies where his squad finished in last place 28 games back of the National League West Division Winner, the Arizona Diamondbacks (100-62).

Colorado finished with a 72-90 mark in 1999 and Leyland had to live through a season of high altitudes, tons of home runs and the nightmare of coaching a pitching staff in the Rocky Mountains.

This experience along with a 1997 World Championship followed by a Fire Sale from the Florida Marlins led him to Hibernation.

I never thought in my wildest imagination that a year later, he'd appear in Roger Dean Stadium in Jupiter, that he'd be wearing Tigers attire as Alan Trammell's replacement.

But indeed, he was Sporting the Olde English "D" and in the Detroit Dugout.

Here are the things that I never imagined when we were reunited in 2006 as we laughed together on how time did fly. 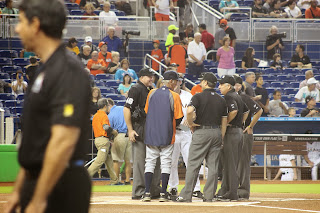 10) Leyland led Detroit to two American League Pennants in 2006-2012 and two World Series Appearances.
11) The Tigers have only advanced to the playoffs one other time for three consecutive seasons and that was from 1907-1909 with Jennings as skipper. This century long drought ended so there is hope for the Chicago Cubs one day.
12. Leyland became the third Tigers manager to lead guide the club to the World Series multiple times joining Jennings and Cochrane.
13) After the Tigers season finale with the Miami Marlins, Detroit  had the second best record in inter league play by compiling a 93-53 mark. The Boston Red Sox are first with a 98-48 record and a .671 winning percentage.
14) The American League Champion Red Sox can thank Leyland for having home field advantage in the 2013 World Series with his victory in this summers All-Star Game.
15) Prior to Leyland's arrival, the Tigers had gone 12 seasons without a winning season. He finished under .500 once and in one season Detroit was 81-81.

Before Leyland took over in 2006, here were the Tigers Managers and records after Anderson retired in 1995: 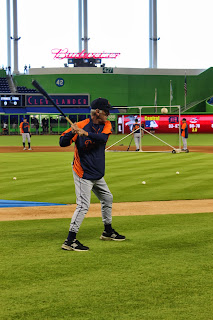 To summarize Leyland's career as a whole, one must look at the Big Picture.

Can you imagine how much higher these career numbers would have been if Leyland didn't take six years off from managing?

There is no doubt that he's worthy of Hall of Fame Consideration!

Unfortunately, the lasting impression that most people will remember is the fact that the Tigers lost this years American League Championship Series to the Red Sox as Boston hit two grand slam home runs.

But in the playoffs, there are many big moments on the big stage.

He'll have to live with these moments in retirement but you can rest assure the Tigers organization and fans are celebrating his accomplishments as he revitalized a sleeping giant fan base which shows in the incredible attendance figures during his tenure as the Tigers skipper. 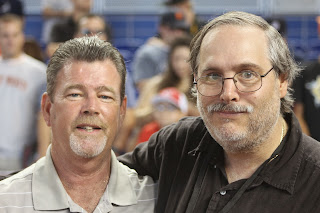 For me, it's been great working with Leyland in Spring Training and in the Regular Season. I look forward to going to Lakeland, Florida., with Leyland nearby along with good friends Tom Gage and Trainer Kevin Rand, who I'm photographed with.

What makes it even more interesting is I had the great pleasure of watching him manage his last game at Marlins Park even with a no-hitter being thrown against his ball club.

I'm glad that he's going to be working in the organization and hope down the line that the Tigers retire his number at Comerica Park with Trammell, Lou Whitaker and Jack Morris.

All of these are a major part of Tigers history.

Another reminder won't hurt to acknowledge the greatness that they've meant to this rich franchise tradition with Leyland being the latest.