When I attended the Detroit Pistons road game against the Milwaukee Bucks on December 4, 2013, it was neat talking to Rick Mahorn and Greg Kelser. I was asking them if Detroit's coaching change from Lawrence Frank to Maurice Cheeks was an upgrade. 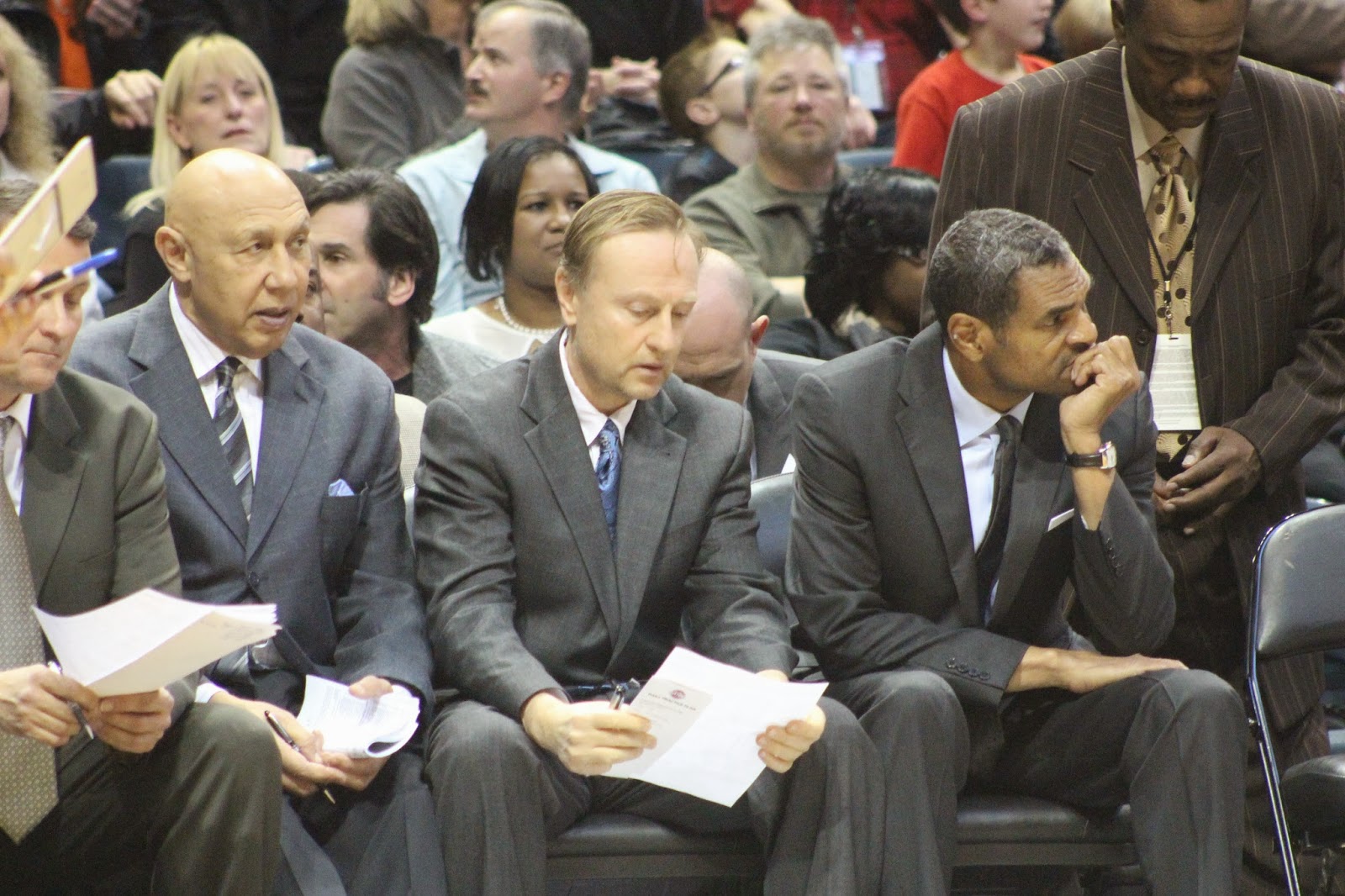 They both seemed pleased with the early returns.

There appears to be a sense of calmness under the new coaching staff which includes former Piston Rasheed Wallace, who works with Detroit's big men and Henry Bibby who has always been a great basketball mind.

One thing that looked obvious especially in the locker room after the game is there seems to be a tremendous amount of respect towards Cheeks.

But then again, we're talking about a guy like Cheeks, who on April 25, 2003, aided 13-year old Natalie Gilbert in Portland when she forgot the words of the Star Spangled Banner and he Rescued her from major humiliation and total embarrassment by sharing the microphone to get her through the ordeal. The Trail Blazers fans, who sang along at The Rose Garden, gave both a standing ovation in a game against the Dallas Mavericks.

If the Tigers had a closer like Cheeks in the bullpen then perhaps they would have won this years World Series. 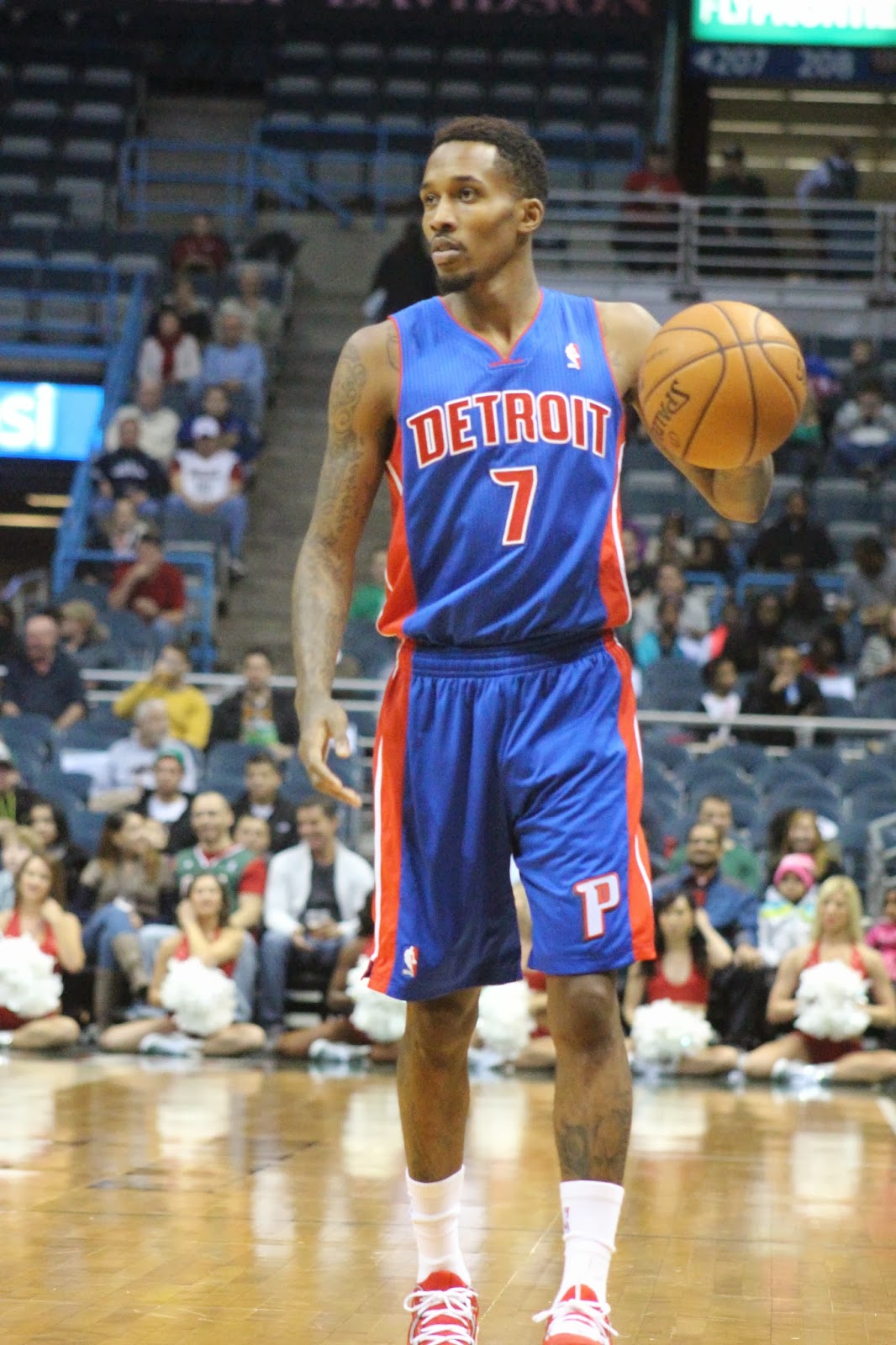 During this two day stretch, Detroit defeated the Miami Heat 107-97 on December 3 in South Florida then took care of the Bucks 105-98 in Wisconsin in guard Brandon Jennings return to Milwaukee. Jennings had 17 points and 11 assists to haunt his old team at the BMO Harris Bradley Center.

Back-to-back road wins starting in the South and ending in the North.

The Pistons win over the Bucks gave them a 5-1 record in their last six meetings.

But as of today, they would be seeded seventh in the weak Eastern Conference.

Toronto and Boston would actually make the playoffs as the fourth and eighth seeds respectively. A great accomplishment for new Celtics Coach Brad Stevens, who was hired away from Butler University.

The Brooklyn Nets had high expectations going into the season hiring Jason Kidd as their new head coach then trading for Celtics championship veterans Paul Pierce and Kevin Garnett.

Kidd hired Frank as his top assistant. By the end of November Kidd demoted Frank to the video room and banned him from practices and games. Frank's lack of communication skills got him banished from Detroit in two years and he wasted no time alienating his new boss. 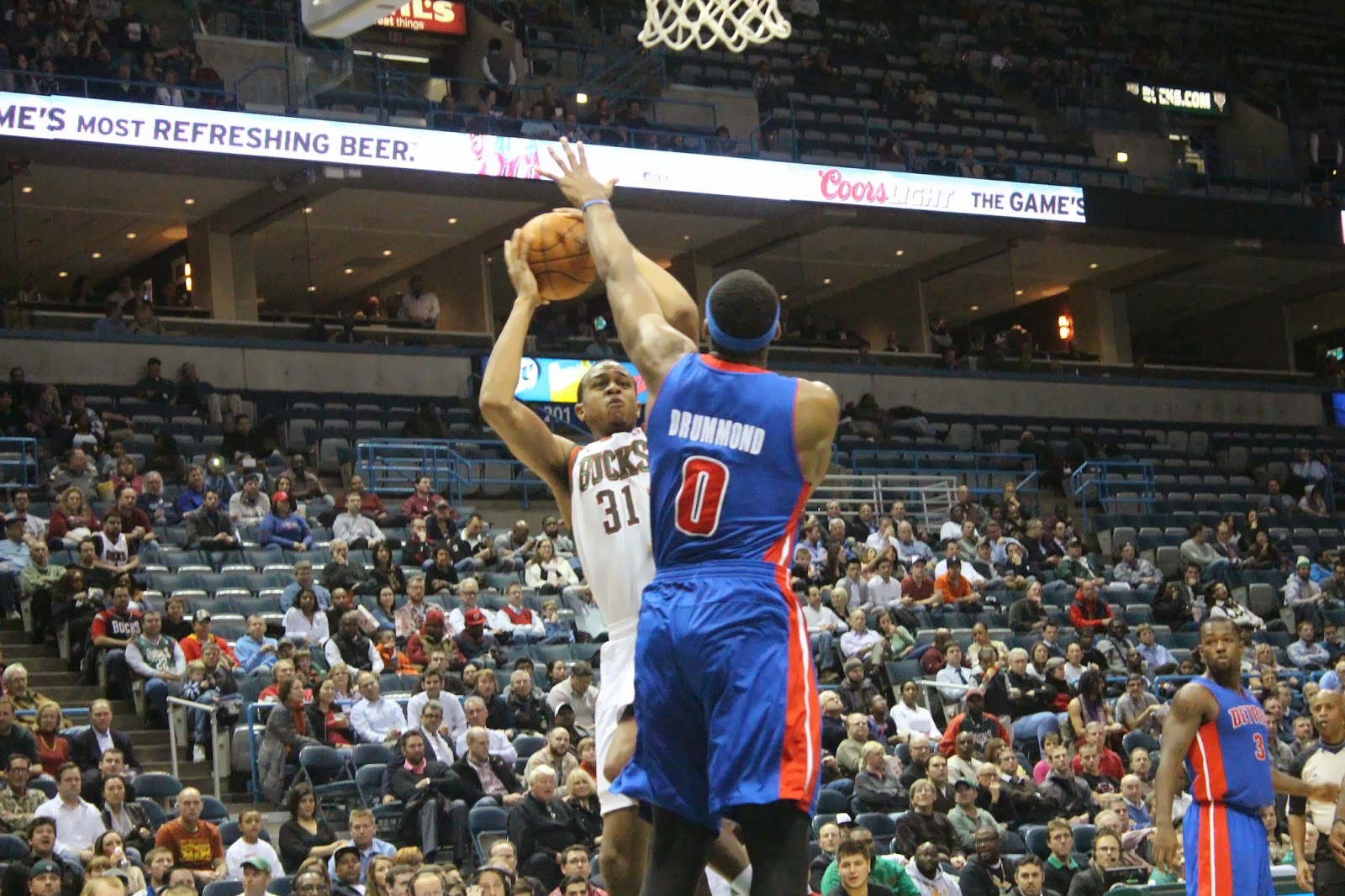 As the Pistons approach the 2014 portion of their schedule, they definitely have a good core of young players with Andre Drummond, Greg Monroe, Kentavious Caldwell-Pope, Kyle Singler to compliment Jennings and free agent Josh Smith. 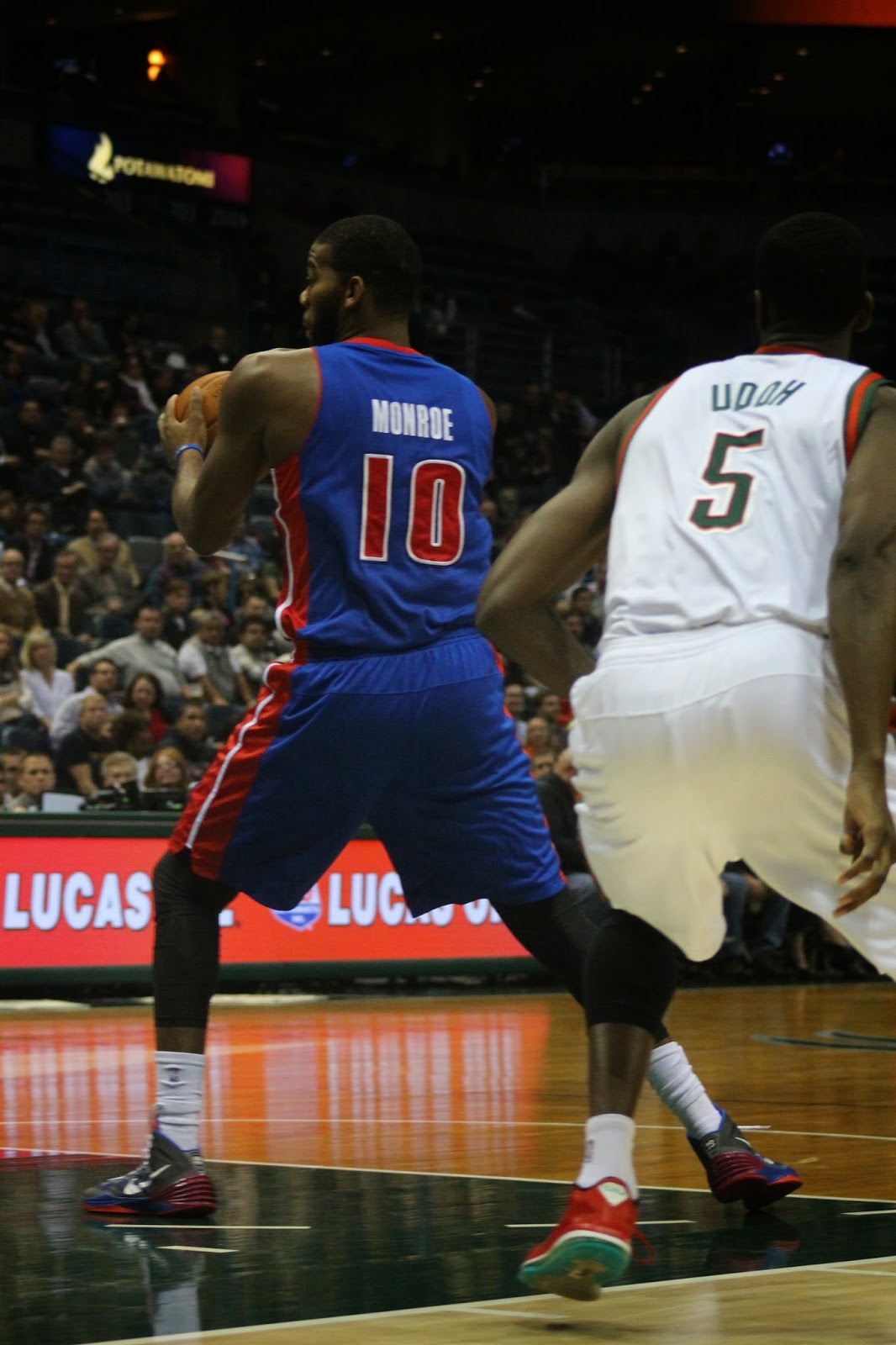 I'll be curious to see how Chauncey Billups fits into the equation, but his veteran presence with the younger players especially the guards as a mentor is priceless.

I wonder if Prokhorov regrets firing Nets interim Coach P. J. Carlesimo, who replaced Avery Johnson on December 27, 2012. All Carlesimo did was compile a 34-19 record in 54 games with a .648 winning percentage. Although Carlesimo's Nets lost a first round 4-3 series in last years playoffs, he still has a chance to see them often enough as a road analyst for the Boston Celtics this season.

For Joe Dumars sake, if he wants to save his job, Detroit needs significant improvement and that post-season appearance. 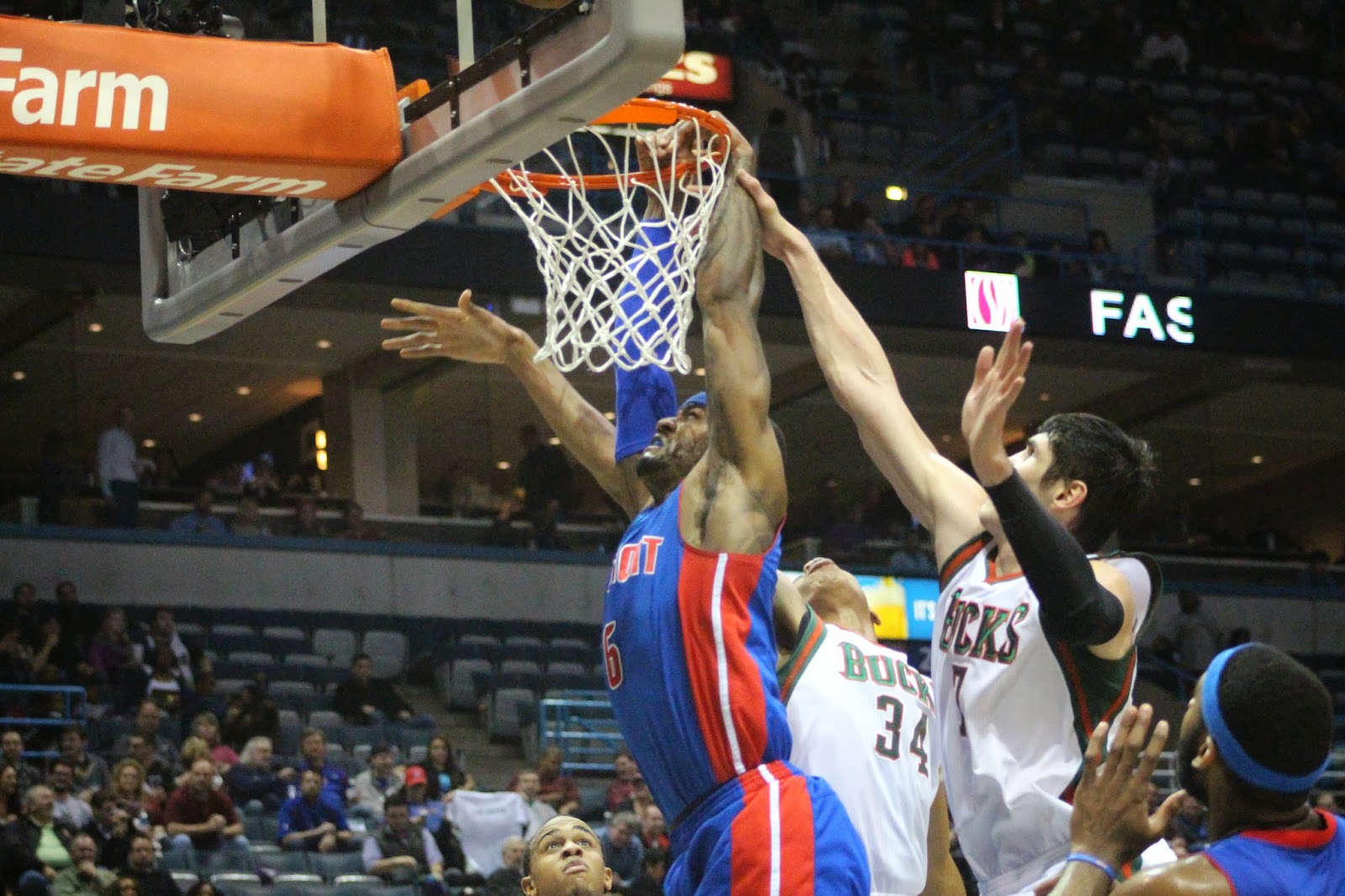 After the game, Smith said he was impressed with Dumars championship pedigree and that was his major reason for coming to Detroit.

"So far it's been a great experience being here," Smith said. We're getting better each and every day, coming together as a team each and every day. It's great coming to a traditional winning organization whose main focus is to win championships, which is a big eye opener as a free agent." 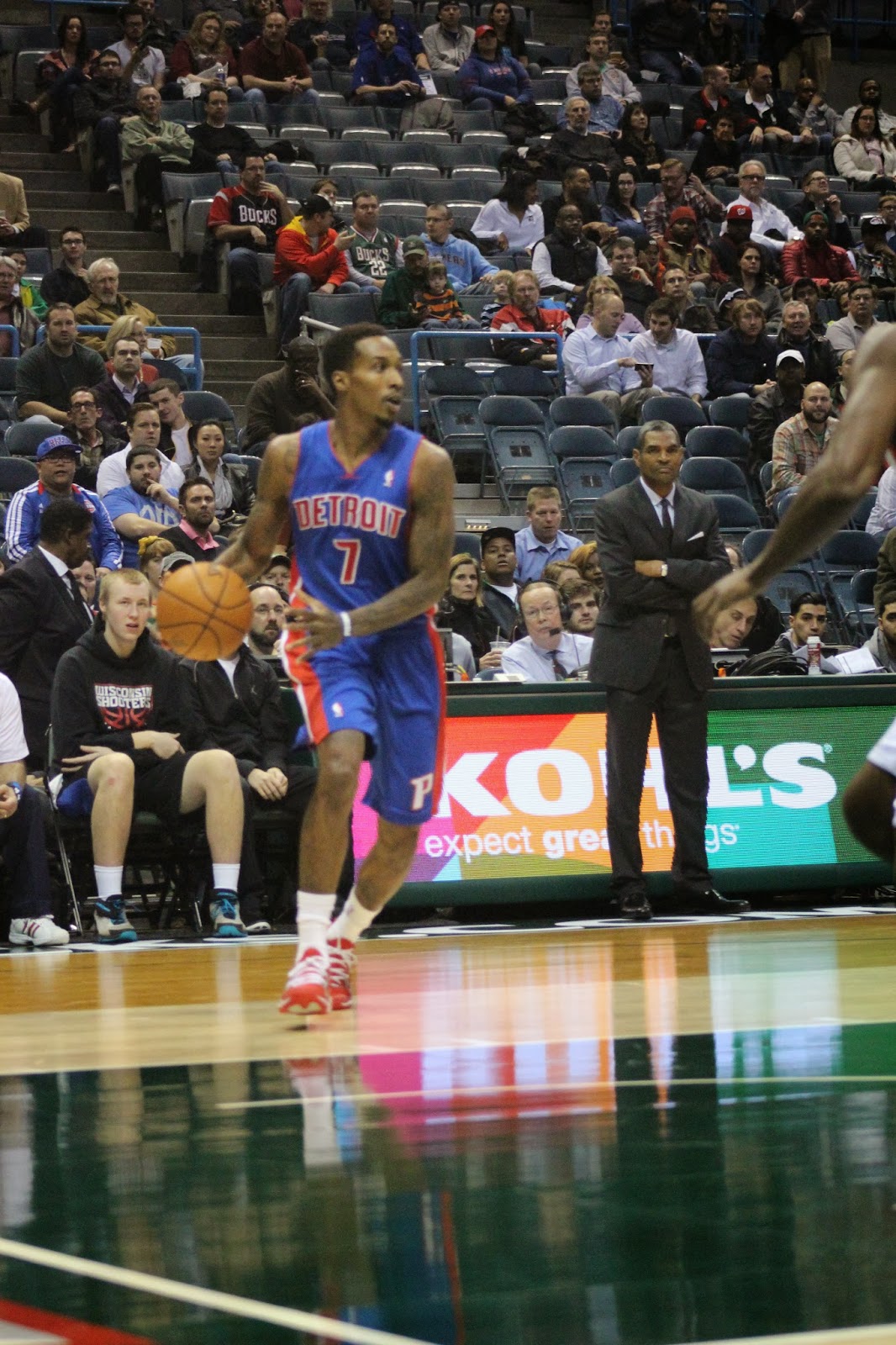 Jennings said there is one major difference between the Pistons and the Bucks.

"They're both great organizations, but Joe Dumars told me from the beginning that the Pistons strive to win championships," Jennings said. "We don't care about who makes All-Star Games."

How did Jennings feel about his return to Milwaukee?

"I was real nervous," he added. "I mean to be honest, I was real nervous in the beginning because I'm not used to being on this side. It was a lot of emotions going on, but once the second half started, I was able to settle down and play basketball."

Cheeks said he was impressed with the character his team showed winning these back-to-back road games.

"It feels really good," he said. I think we are playing good basketball. We are getting a lot of good performances out of a lot of people. The first half was a little sluggish. Actually, it seemed like both teams were a little bit sluggish and a little slow from the travel and the whole day. The second half we picked up and our defense got going. We got out on the court and made plays." 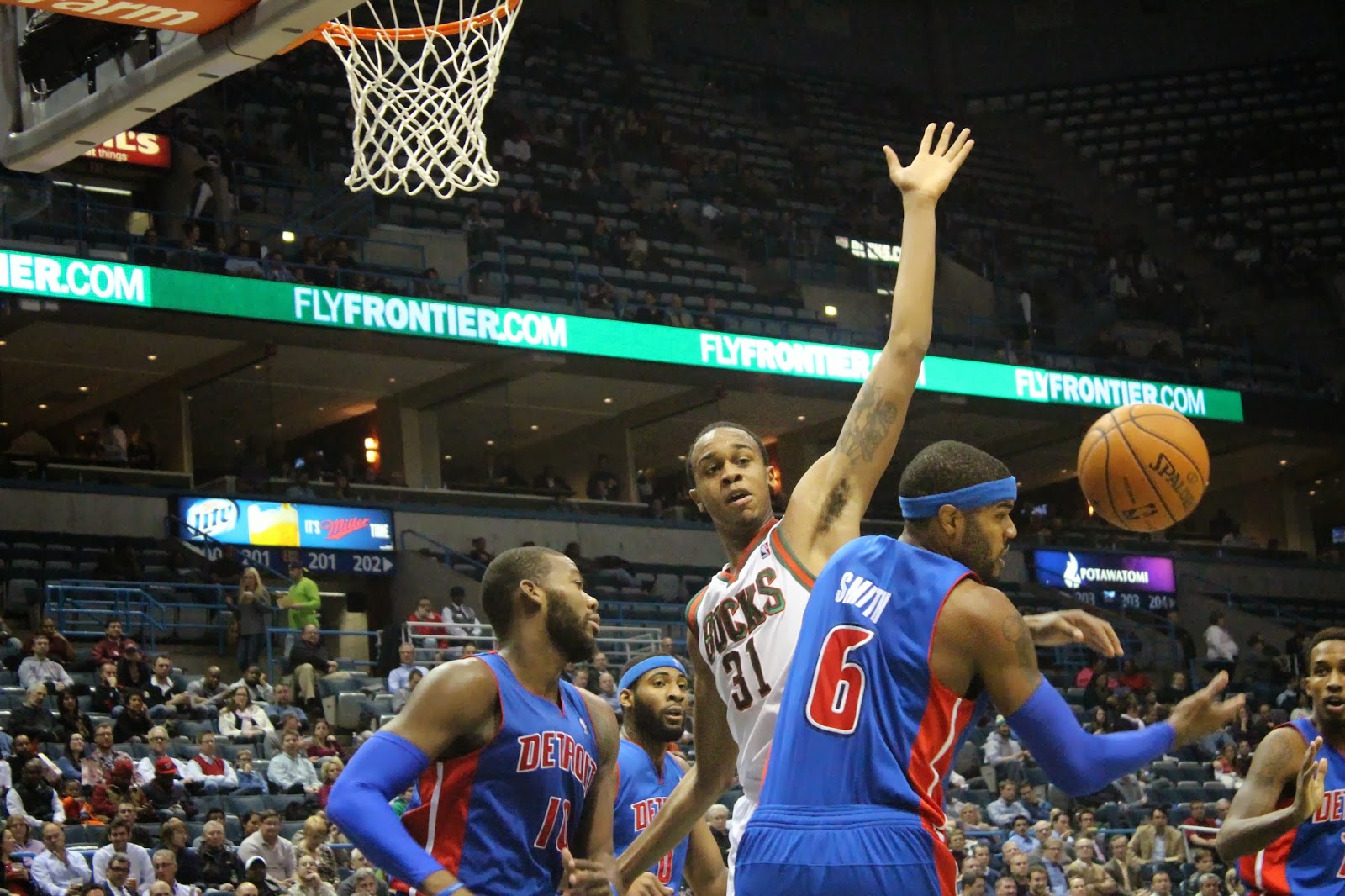 The front-line trio of Smith, Monroe and Drummond remind me of another young trio that plays for the Detroit Lions at Ford Field.

Ndamukong Suh, Nick Fairley and Ezekiel Ansah, who are beasts on the Lions defense. Unfortunately for these three guys, they were eliminated from playoff contention Sunday in a 23-20 OT loss to the New York Giants.

I'll be curious to see how Smith, Monroe and Drummond turn out on both the offensive and defensive boards, monitoring their rebounding totals every night.

It remains to be seen what the Pistons identity will be as the season progresses.

But one thing is for certain. If the players do their research on their coach, Cheeks doesn't lack credibility.

Cheeks has been a head and assistant coach since 1994.

When the Pistons were winning there three titles, they did it with defense. 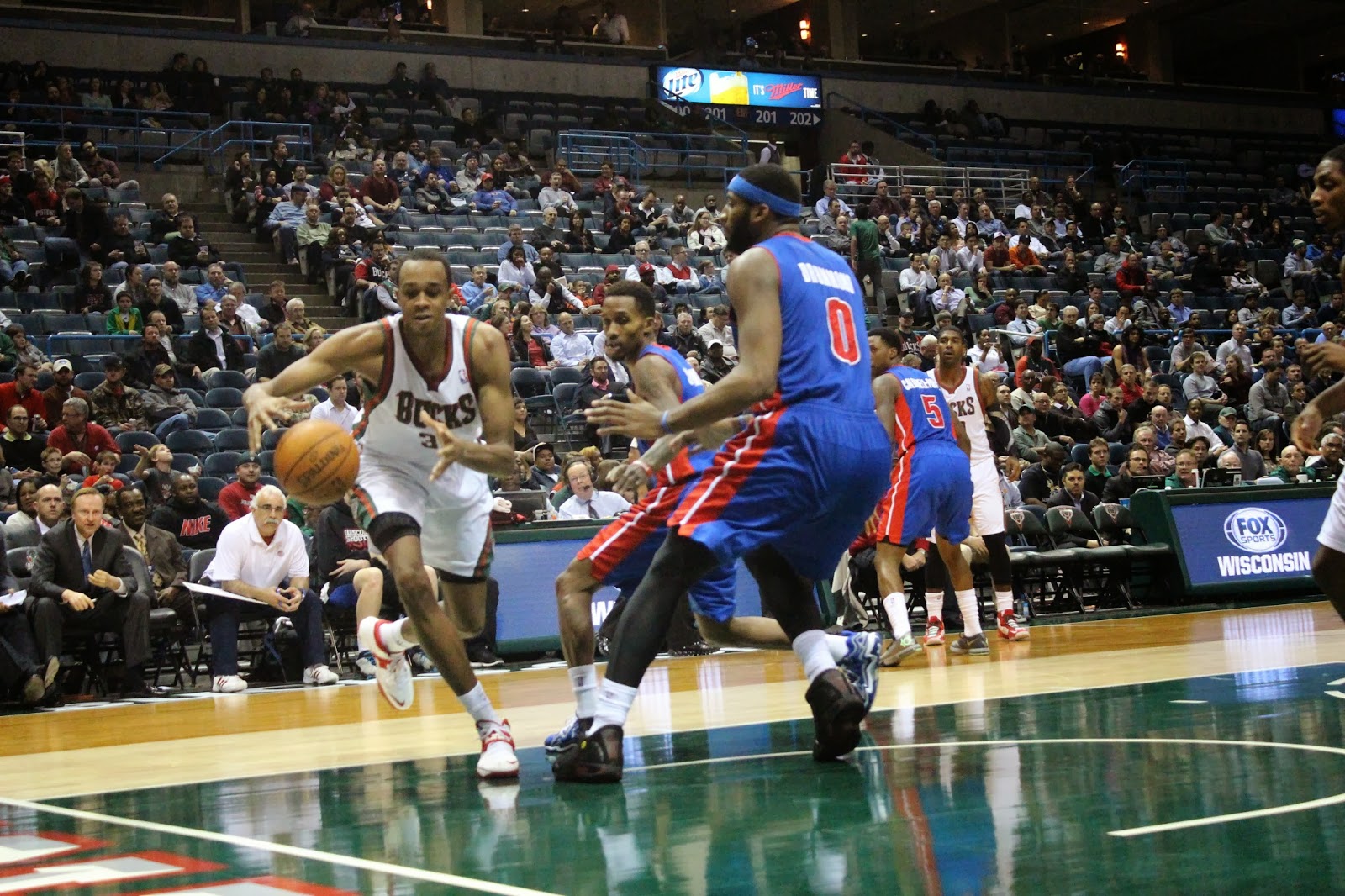 Cheeks built his game around excellent defensive skills. He was named to four straight NBA All Defensive Squads from 1983-86 and one second team in 1987.

This should give Pistons fans some indication as to what they should see more of for the remainder of the 2014 campaign.

Scott Morganroth can be reached at scottsports33@aol.com.
- December 28, 2013