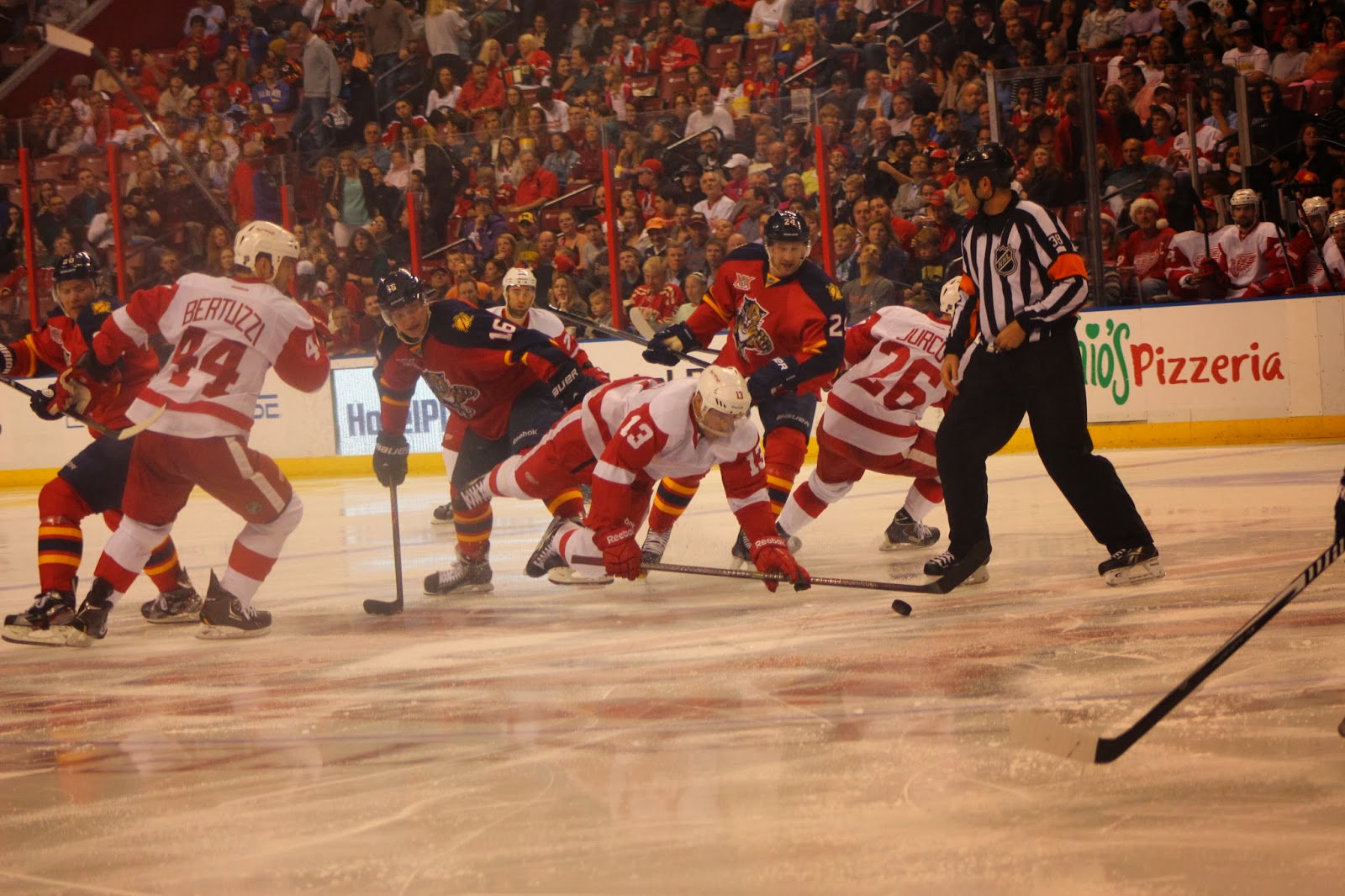 I've never had a problem logging onto a computer at a Sports Event until the Detroit Red Wings (19-15-10) faced the Florida Panthers in Sunrise, FL., on December 28, 2013 at the BB&T Center.

From the outset, it seemed simple to use the login name and password provided. As simple as they were, they didn't work.

But I just couldn't get My Acer Net Book connected after struggling all first period as the Red Wings took a 2-0 lead.

During the first intermission, the Panthers Public Relations Guy tried but was unsuccessful. He proceeded to call his I.T. Technician, who wasn't able to log on. They were both nice and worked very diligently. The I.T Guy was unable to connect in the second period.

By the start of the third period, the score was tied 2-2. 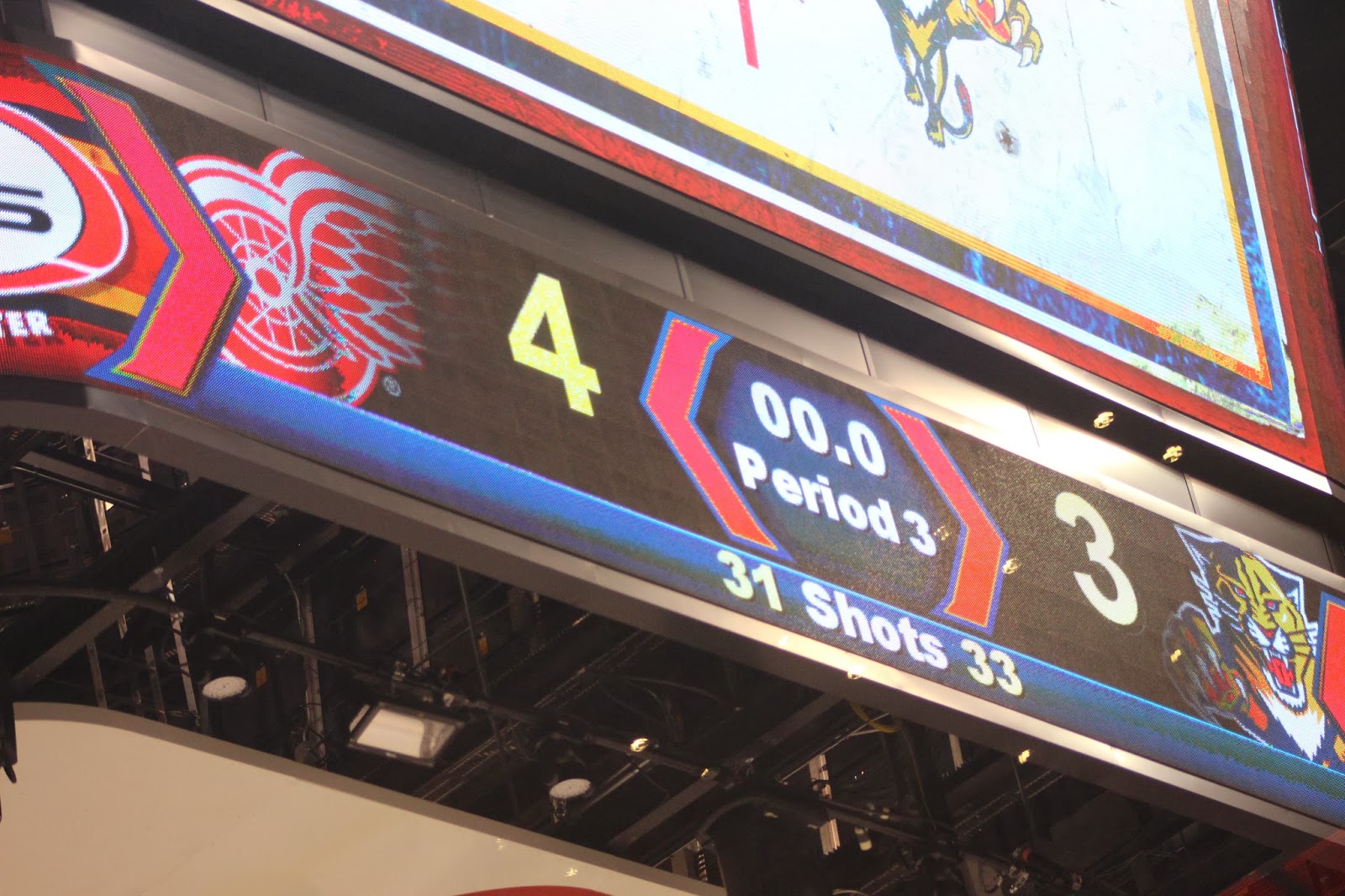 They initially thought the Wireless Adapter would have to be updated or uploaded again.

Meanwhile, I finally gave up, put the Acer back into the Computer Case and I went back to old pen and paper.

Just in time to see the Red Wings score two quick goals, and hold on to a 4-3 regulation win in a contest where they were out shot 33-31.

In the past, I've had other difficult situations.

In 1982, My Tape Recorder broke in the middle of an interview with Fort Lauderdale Yankees Manager Stump Merrill. Luckily, My Photographer Ken Rotberg, who had a tape recorder to mention players, numbers and key plays, let me use his.

Merrill was great and we did the entire interview over. 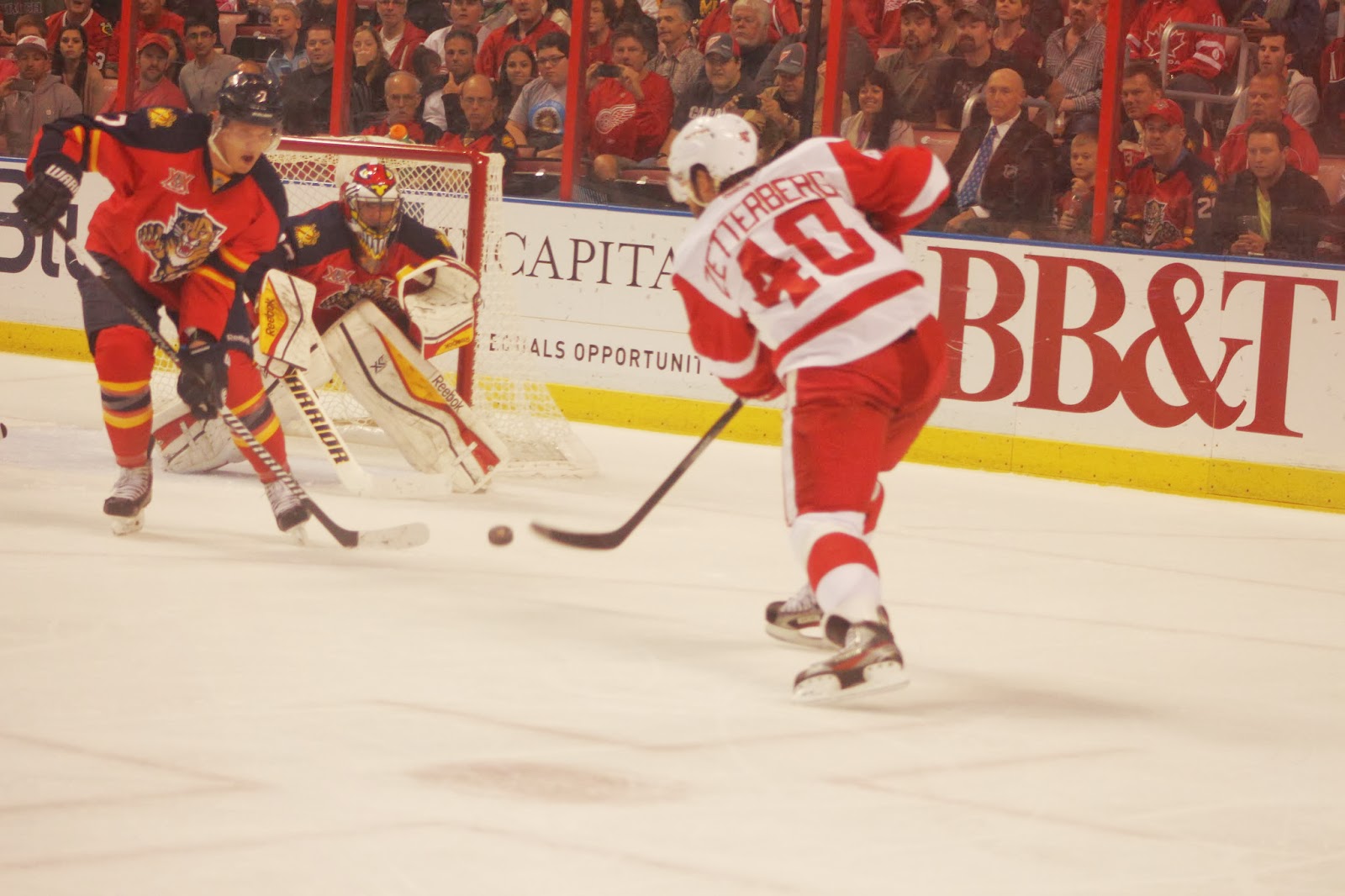 In fact, afterwards, Merrill and I shared a few laughs. He said "I manage young ballplayers and you're a young reporter."

It's safe to say that Stump didn't lack patience.

Another situation took place at the 1985 Florida State League All Star Game in Kissimmee.

The Houston Astros just moved into Osceola County Stadium (5,300) and it still houses their Class A team and Spring Training.

I was using an old computer the Tampa Tribune provided reporters where the old rotary phones had to be put in old suction cups.

I had my feature and game stories written, but because of phone line issues, I couldn't send them.

The deadline was midnight and I couldn't meet it.

However, I convinced My Editor Rick Nelson to get it extended by 45 minutes to the production people.

I dictated both stories to Rick and got this done in 30 minutes.

Rick did a sensational job and the stories actually turned out well considering the circumstances. 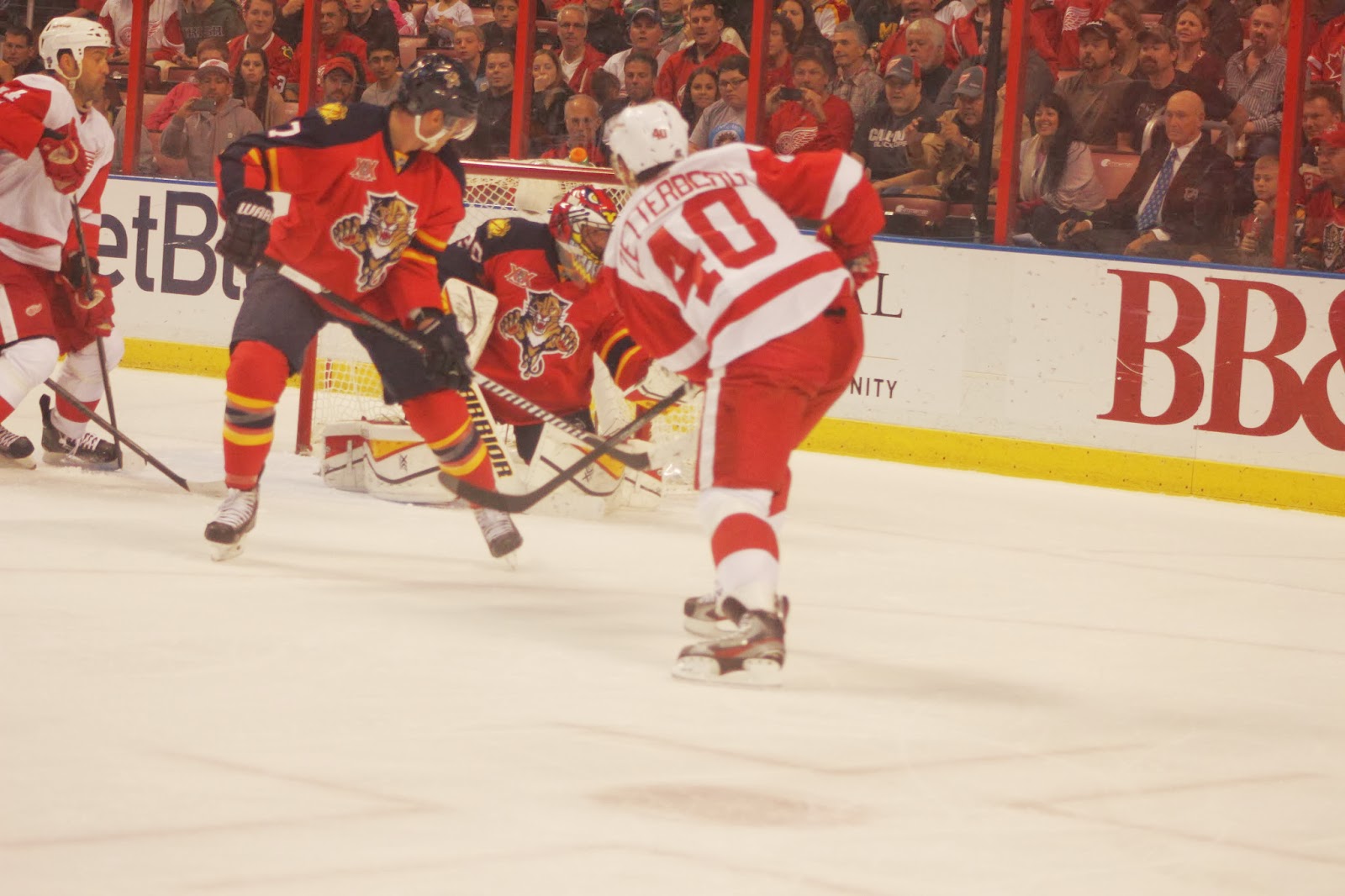 But on this Bizarre Night At The BB&T Center, there were some other firsts.
* This was the first time the Red Wings defeated the Panthers this season.
* After missing 11 games, Red Wings Captain Henrik Zetterberg scored a goal in the first period to spark Detroit. He had one goal (photographed) in 21:43 minutes of ice time.
* This was My first time seeing the Red Wings play the Panthers in their long overdue move to the Eastern Conference. But certainly, the beginning of more games in this beautiful stadium.
* This was My Photographer Candice Ebling's first photo assignment for hockey and she admitted , it was quite challenging. But she did a great job especially with her action photos.

Yet, when the game was over, the Red Wings came away with a win. At the time, it was their third in four games.

Despite all of their injury problems, Coach Mike Babcock is doing a masterful job keeping them in the playoff hunt.

He should get consideration for Coach Of The Year honors with all his challenges.

I did manage to talk to him after the game and we spoke about the adversity he's faced. 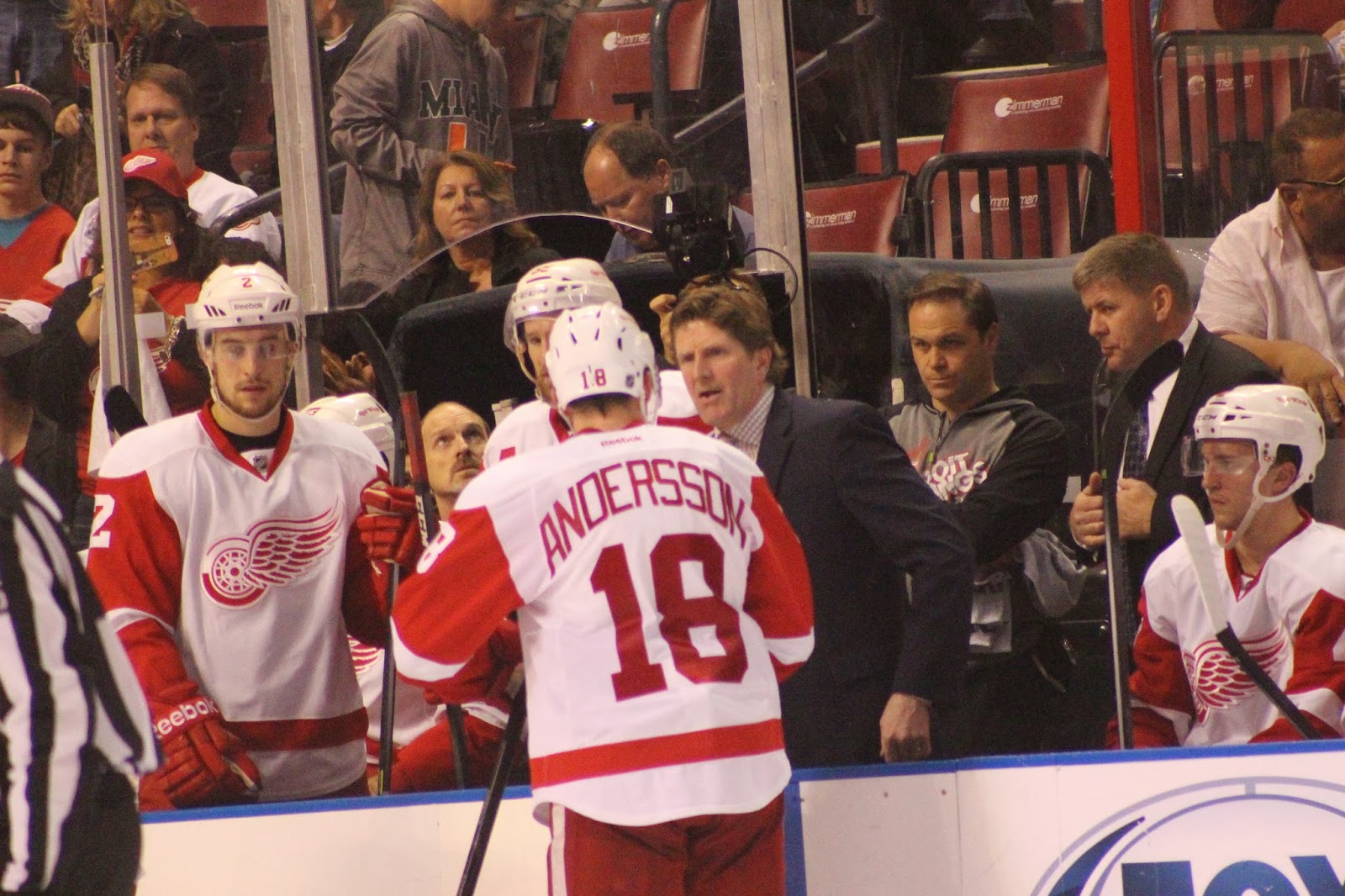 "What I would say is the year you're in is the most challenging," Babcock said. "Every year you grind. That's the way it is. It doesn't matter how good or average your team is, it's always tough. The NHL is tight. Especially now. So injuries affect you.

"Our guys have tried hard. They've been positive about what they're doing so we have to keep getting better and I know we will."

The Panthers benefited at the gate. The
BB&T Center was 98.3% full as a crowd of 18,932 watched a hard fought contest. 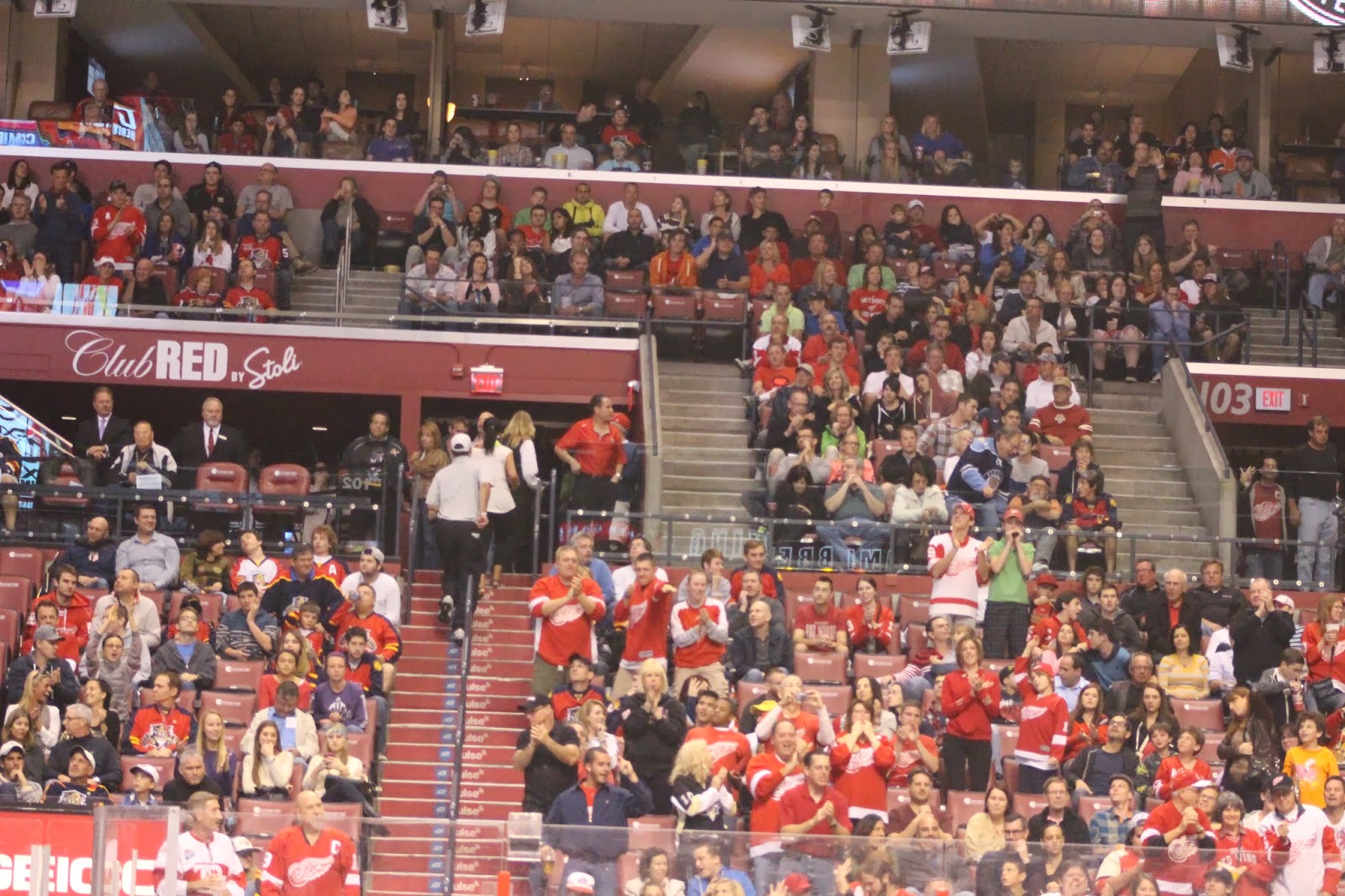 Zetterberg was named the No.2 Star of the Game.

As I left the arena, there were a lot of Red Wings fans wearing their jerseys trying to get autographs as the team was headed towards its bus area not far from the visiting locker room.

Then we went to a nearby McDonald's on Sunrise Boulevard to see if the WI-FI was working.

I was able to connect and just one hour before My Birthday, I didn't hit 52 before I hit 51.

There were more Red Wings fans taking a late night snack at McDonald's.

Before My technical problems, there were issues with My Windows 7, but I knew the computer didn't crash otherwise, I wouldn't see My Desktop Icons.

Nonetheless, the Red Wings came away with a win in the warm weather of South Florida.

For me, getting through the night was about winning ugly instead of losing pretty. 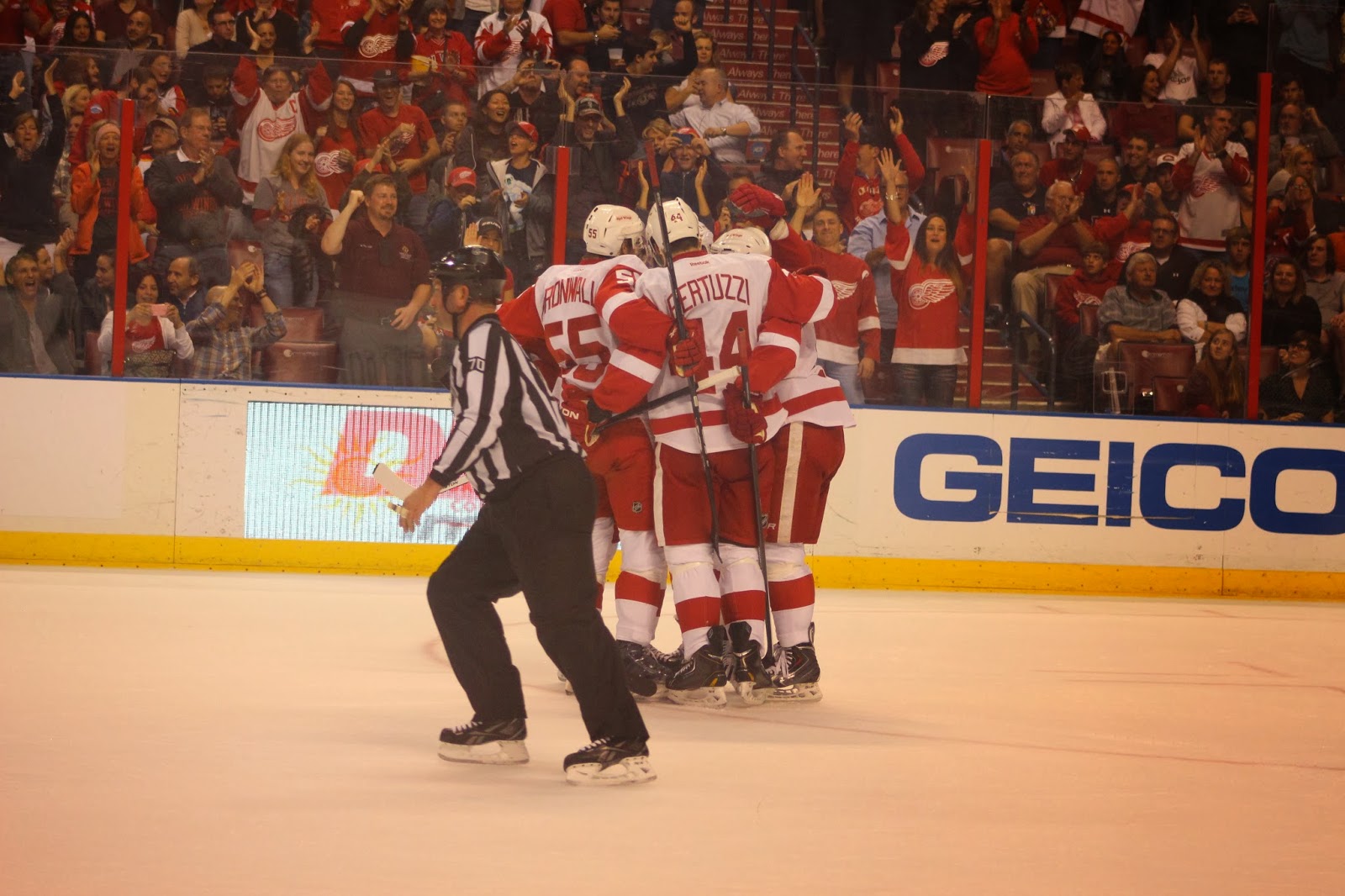 But I expect to be back at the BB&T Center for the Red Wings third and final game in South Florida on February 6, 2014.

By then, I have a feeling Detroit will be much healthier and playoff ready.

This meeting with the Panthers comes before the Olympic Break so by the time the Detroit returns to action on February 26 at Montreal, they'll be healthier and more rested. At least most of them
should.


Ten players will be on Olympic Rosters. 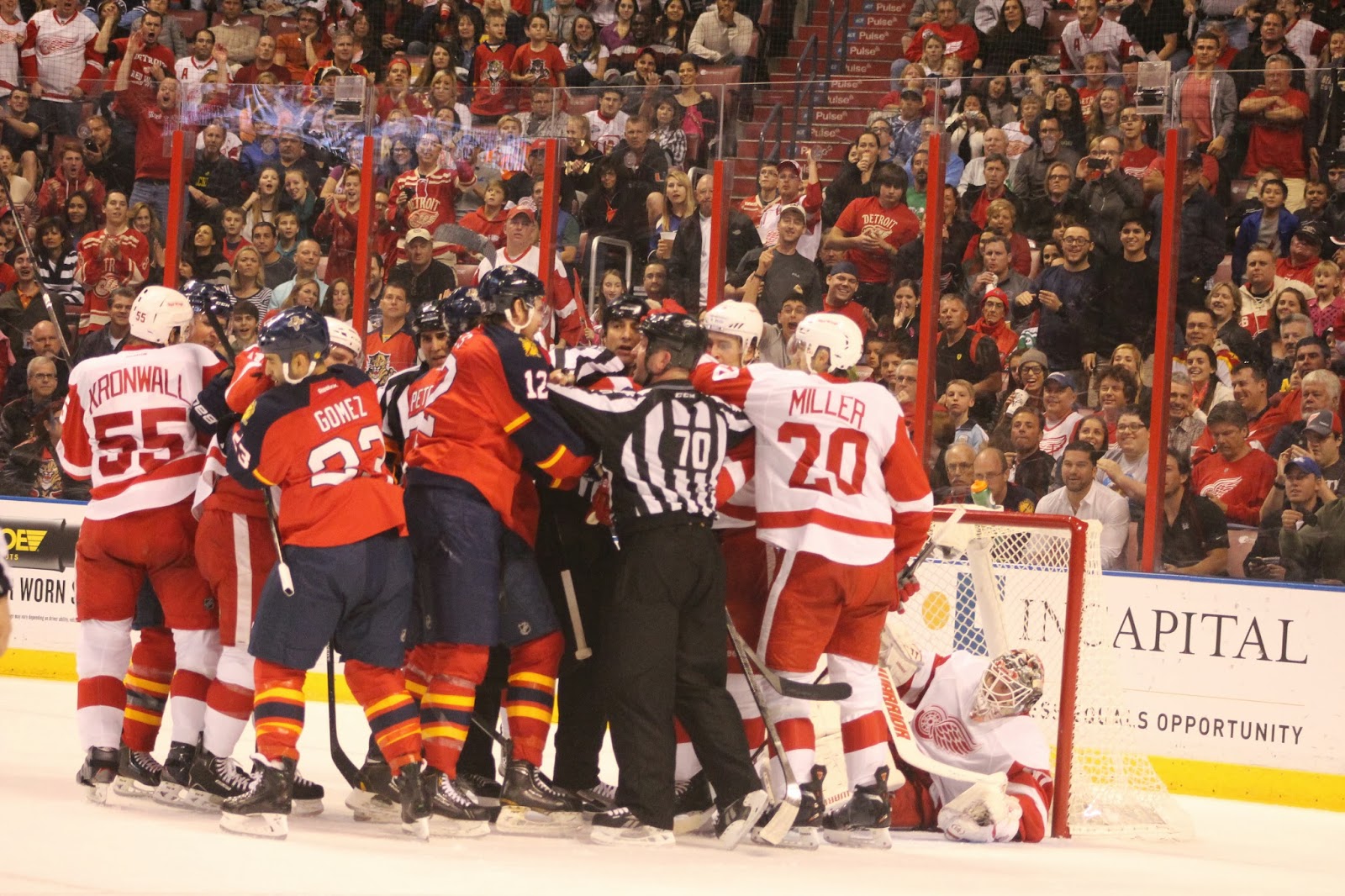 I give the Red Wings credit for hanging in as long as they finish this marathon strong, knowing all year their roster has resembled a MASH UNIT.

This won't be good news for the rest of their Eastern Conference opponents.

My next visit to BB&T Center is expected to be a much less stressful situation.


Whether you have internet or basic phone problems, it does get difficult with technical issues.

By the time I write on the Red Wings again, the focus will be on the playoffs, in addition to Detroit's adjustment to playing in the Eastern Conference.