How Saturdays Used To Be Spent

When Legendary Wrestler "Warrior" died on April 8, 2014, just three days after he was inducted into the WWE Hall of Fame, I was having a conversation at work with a colleague named Keith Klatman joking around about The Sport Of Wrestling.

When I was growing up in Metro Detroit, My Saturday morning programming consisted of The Roller Derby and Big Time Wrestling.

Back in those days, these sports were fake, sideshows and nobody took them seriously.

But boy, they were fun to watch.

He couldn't believe that anybody in his office knew anything about these pseudo sports.

This guy was doing a good job multitasking but couldn't hide his enthusiasm of his childhood. He welcomed these distractions.

Brown was a large African American Woman who used to jump and squash her competitors while Baladaris was a fast and strong little guy. The teams I remembered were the Detroit Bucks and LA Thunderbirds.

Even on the comedy show Sanford and Son, Fred Sanford would talk about watching The Roller Derby quite often.

When I roller skated while I was in my 30's as exercise, I respected these people even more. I was using roller skating as a way to rehabilitate my knees after having two operations on my right knee to rebuild strength.

I never cared about learning the rules of The Roller Derby. It was neat seeing the physicality of the sport and how the fans reacted.

Years ago, The Roller Derby and Big Time Wrestling were held at Cobo Arena and Olympia Stadium in Detroit, MI. 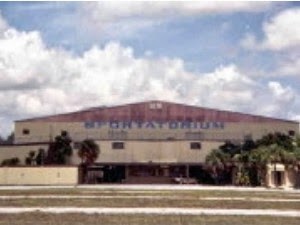 In South Florida, Klatman told me that those events were held at the Hollywood Sportatorium (15,532) in the unincorporated area of Hollywood, FL, which was a two lane road out in the middle of nowhere. He used to attend many of these events.

There were many times I asked my father to take me, but because of his heavy workload with two companies plus he didn't care for these sports, I just watched these events on TV.

I eventually saw a wrestling match about 20 years ago at Gulfstream Park in Hallandale, Florida, during The Broward County Fair and enjoyed it.

But long before there was Warrior, Hulk Hogan and many others, I remember the Good Old Days of Wrestling when Lord Layton, Pompero Firpo, the dynamic tag team tandem of Louis Martinez & Flying Fred Curry, The Shiek, Great Kabooki, a Japanese wrestler, Dandy Dan Miller, Andre The Giant, and Dick The Bruiser.

The Shiek was known for throwing fire into his opponents faces while Kabooki with his painted face would do a pre-match ritual, then sneak up on his opponents and attack them. Once the opponent overcame the attack, Kabooki would get pounded and put his hands up seeking mercy, but wouldn't get it. Kabooki would continuously get hammered. He like many wrestlers was the recipient of choke holds.

The Shiek had a manager named Eddie Kriechman, whose mouth was so loud when bragging about his wrestlers, especially the Shiek, that he would make famous boxing trainer Don King seem like he's shy. We all know that King is definitely not quiet.

Kriechman could wake up a dead person.

Miller was known for The Arm Claw Hold and believe it or not, if I get into a fight, I use this and let me tell you, it works.

When I was growing up, the road to a wrestling career was life after football.

This is another topic for another time. 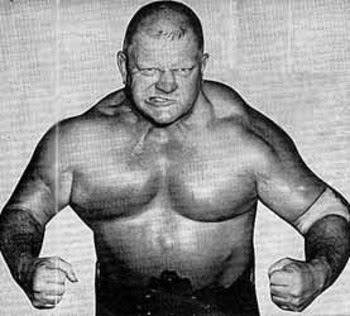 But in the case of Dick The Bruiser, otherwise known as William Fritz Afflis, he played for Purdue University then for the Green Bay Packers as a lineman in the early 1950's.

Dick The Bruiser died on November 10, 1991 at the age of 62 in Tampa, FL. Apparently he was weightlifting at home with his adopted son Jon Carney and ruptured a blood vessel in his esophagus.

The Warrior's death appears to be an all too familiar one. He died of a heart attack caused by heart disease.

Let's face the facts, during this era, there is no doubt that wrestling is dominated by steroids.

I'm not implying that Warrior used them, but passing away at the age of 54 with his obvious size and stature speaks for itself. He died a millionaire but his life ended way too soon in Scottsdale, Arizona.

But now it's time to let the mind wander.

Could you imagine what a Dick The Bruiser vs Hulk Hogan (6-7, 302) or Warrior match would be worth on Pay Per-View these days?

How would Dick The Bruiser do against Ric Flair or Dusty Rhodes?

I never thought that to see a wrestling card on pay-per-view prices would range from $50-100. This
was and is unheard of.

This is an era where Mixed Martial Arts has surpassed Boxing and Wrestling's popularity continues to reach new heights with interest and massive pay days for it's participants.

Hulk Hogan's appearance in Rocky III was a big boom for wrestling.

Yet, by the same token, there is a price to pay from a health standpoint.

It's amazing how the death of an incredible wrestler would bring up memories of a sport that nobody cared about years ago.

But I have to admit, just talking to Klatman did remind me of How Saturdays Used To Be Spent as I watched these matches growing up in Southfield, MI. 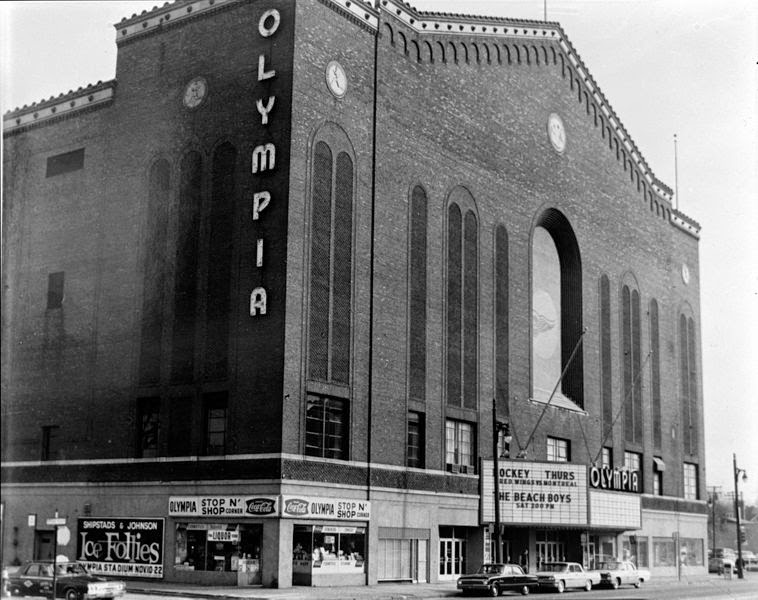 If My father had sold weightlifting equipment at his former sporting goods store, All Pro Sporting Goods in Oak Park, Michigan, I might have been able to entice him to go to Olympia Stadium or Cobo Arena.

Back in Detroit, it's impossible to compete for the entertainment dollar when living in a major sports town with the Red Wings, Tigers, Lions and Pistons, then add the Michigan Wolverines and Michigan State Spartans.

Although in this day and age, I'd be curious to see if these matches would be popular again at home.

In the meantime, it's still great thinking about How Saturdays Used To Be Spent.

It's only fitting that I'm writing this story on a Saturday, when years ago from 9-Noon, I would be watching these programs either on a Black And White or Color Television.

Yes, i said a Black And White Television, something this generation would never relate to.

Long before cable, when there were only 5-6 television stations to watch. Now there are hundreds, plus streaming on the internet.

In Detroit, we had 7 stations since Windsor, Canada, was across the border. We had the Canadian Broadcasting Corporation (CBC).

Guess I'm getting a bit older.

But not too old to remember the great memories of the past and How Saturday s Used To Be Spent.