1. Am I impressed or surprised that Pistons billionaire Owner Tom Gores paid Stan Van Gundy $35 million over five years to be the President of Basketball Operations and Head Coach?

I would say a combination of both.

Van Gundy's teams have reached the playoffs seven times, including three trips to the Eastern Conference Finals, two with the Orlando Magic and once with the Miami Heat.

Stan coached Orlando for five seasons, took the Magic to the NBA Finals once and his regular season mark was 259-135 with a .692 winning percentage.

The Pistons know they're getting a bold and disciplined coach that emphasizes defense. There will be no players boycotts on road trips at practices and his teams will play hard for a full 48 minutes.

What people probably don't realize was Van Gundy had a good college coaching record. In eight seasons, he was 135-92 (.595) proving that he can coach and develop young talent.

With the Pistons coming off a 29-53 record, Van Gundy knows he has to work with the young and the veterans knowing this squad is far from the finished product. 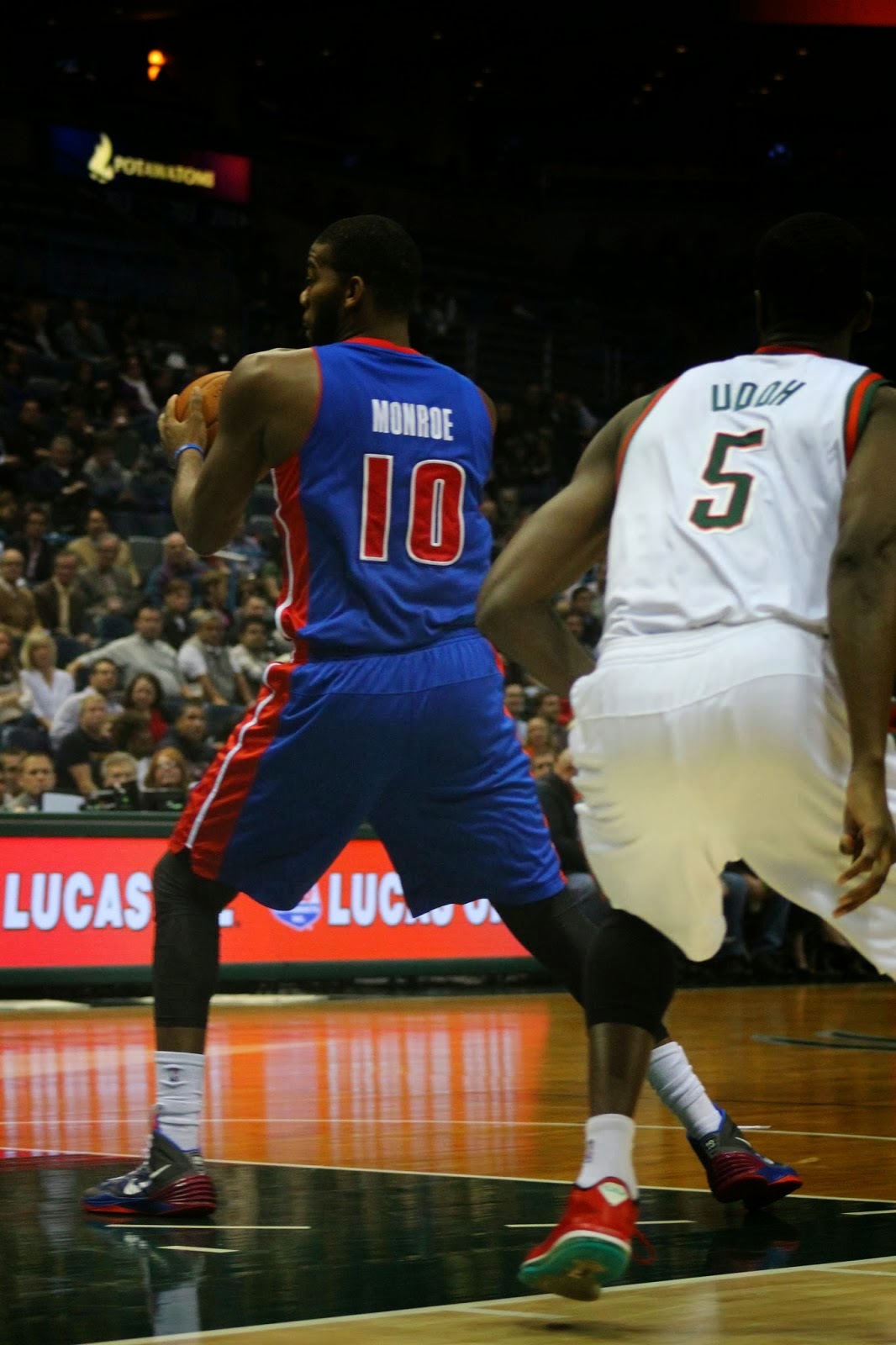 What I like most about the hiring of Van Gundy is now the Pistons won't be able to botch Greg Monroe's upcoming free agent status. If Van Gundy wants him, he and Gores will financially find a way to keep him playing at The Palace Of Auburn Hills, providing Monroe wants to remain in Detroit.

It will be a basketball, not a financial decision.

Even though the Pistons lost their recent lottery pick to the Charlotte Hornets, if Detroit can land a good player in round two, more power to them. Once upon a time, Dennis Rodman was drafted in this round. I'm sure Michigan Wolverines Power Forward Mitch McGary (6-10) would be a popular choice.

The Pistons won't have to worry about losing next years first round pick because that situation is over with and there is a distinct possibility they could make a draft deal to get back in.

If a Monroe agreement can't get worked out, it wouldn't be the end of the world.

When Grant Hill departed for the Orlando Magic in 2000, all wasn't lost.

Joe Dumars orchestrated a sign and trade with Orlando for Ben Wallace and Chucky Atkins.

Hill didn't think he could win a title in Detroit.

His judgement was a mistake as Detroit would win its third championship in 2004.

While Hill's Detroit numbers of 21.6 points-per-game, 7.9 rebounds-per-game and 7.3 assists-per-game looked good, Atkins and Wallace entered the Pistons starting line-up. Wallace would develop into an All-Star in the coming years with his rebounding and excellent defense.

After departing the Pistons, Hill would play in 47 games in the following four seasons do to a recurring ankle injury.

His next 12 seasons as a former Piston were injury plagued as he averaged 13.1 points, 4.7 rebounds and 2.6 assists with the Magic, Phoenix Suns and LA Clippers. He had great weather, no snow or ice but also never won a championship.

2. Regardless of who Van Gundy hires as general manager, it's good to see the return of former Pistons Coach Brendan Malone as an assistant coach. They worked together in Orlando, and at 72-years old, Malone is one of the most knowledgeable basketball minds. We all know the late Chuck Daly relied on him during the Bad Boys Era which produced two championships.

One person I would like to see Van Gundy mold is Bill Laimbeer. He was the guy that was the Master Of Mind Games on the court, and winning WNBA Championships with the Detroit Shock has to count for something. 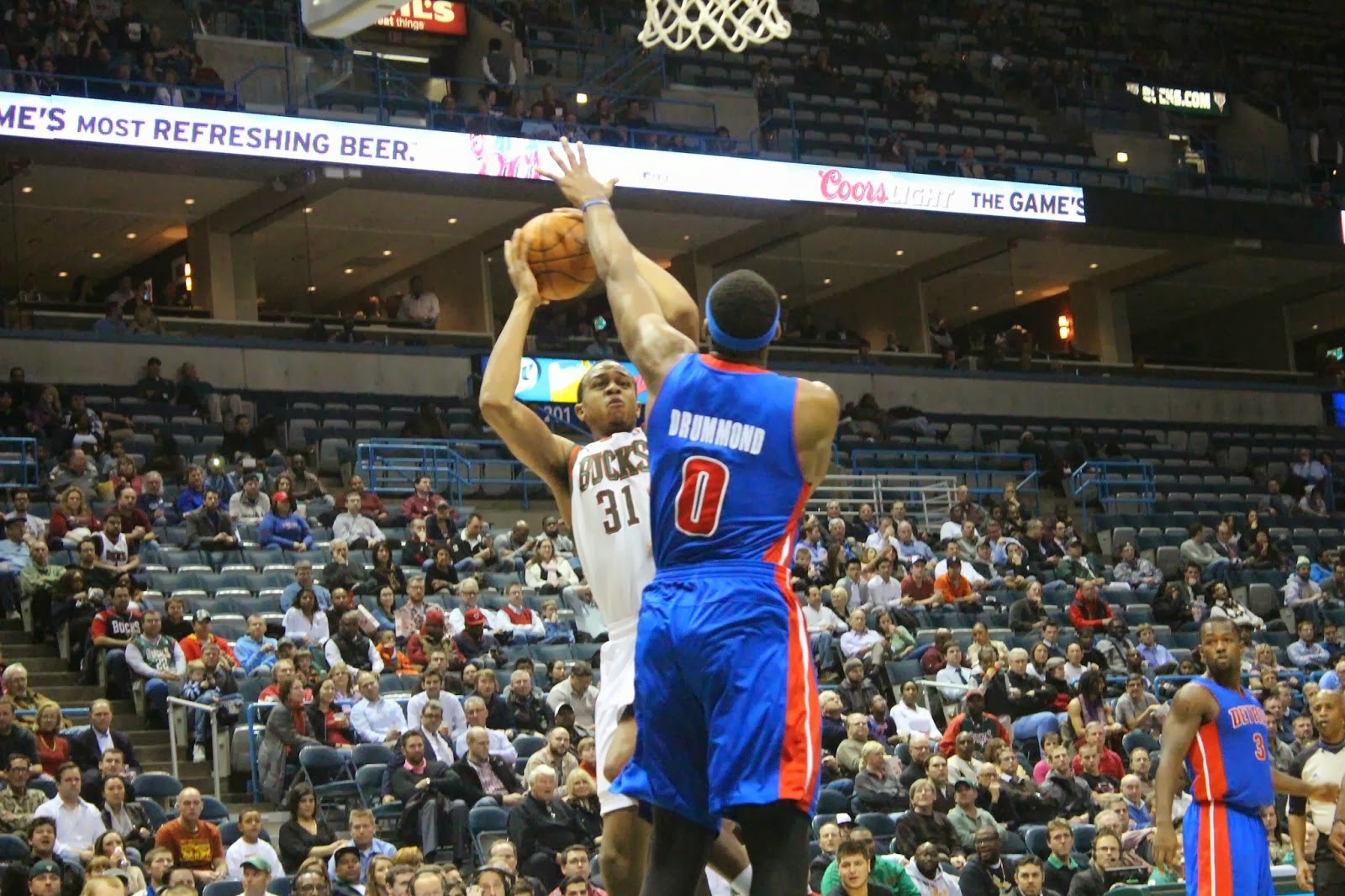 He played hard, was no-nonsense and his strong locker room presence was always respected. Just ask Mark Aquirre. I could see Laimbeer building toughness in star center Andre Drummond and forward Josh Smith. Laimbeer was a great outside shooter and Smith could learn a lot from him.

Although he was disliked by his competitors, I remember watching ESPN's Outside The Lines and Charles Barkley heavily endorsed Laimbeer as a head coaching candidate. It would be unfortunate if he doesn't get that chance down the line.

Van Gundy has mentored Hall of Fame Center Patrick Ewing into a potential head coaching candidate. There is no question he can do the same with Laimbeer.

One thing that hopefully Laimbeer has learned over the years is having a better working relationship with the media. After all, being the face of a franchise, he'll have to sell the fans and get them to come to the arena.

Once upon a time, former Tiger Kirk Gibson had a stormy relationship with the press. Now he's managing the Arizona Diamondbacks and their playing days, approaches were quite similar. 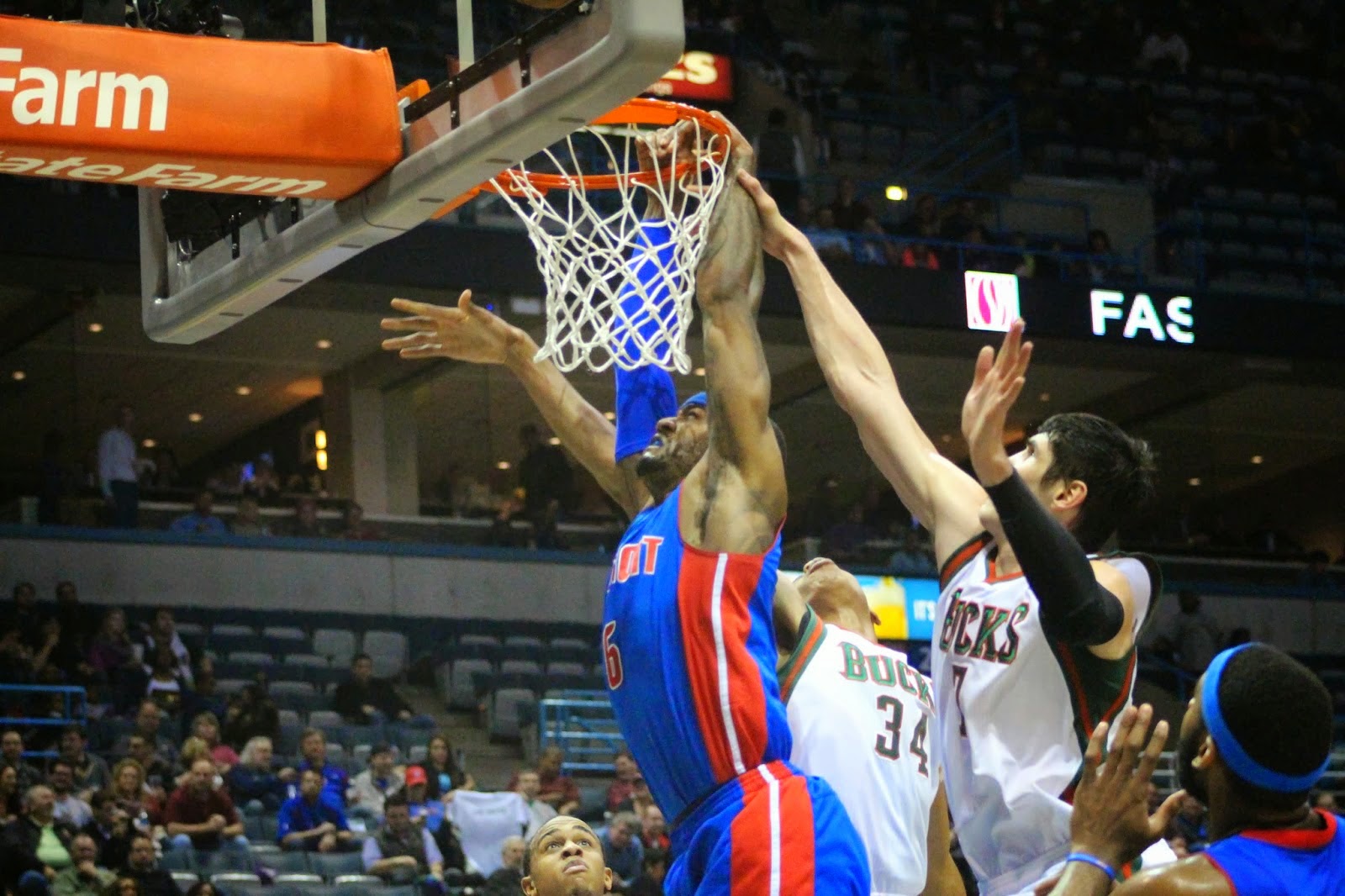 3. The I-696 route has hit the Pistons as Detroit will have an NBADL team in Grand Rapids.

Marketing the Entire State of Michigan has worked well for the Tigers and Red Wings.

The West Michigan Whitecaps and Grand Rapids Griffins are the teams in the area.

The Whitecaps are the Tigers Class A Midwest League affiliate and play at Fifth Third Ballpark (9,684).

4. Where will Joe Dumars ultimately land again in the NBA?

My best guess and the most logical spot would be with the New Orleans Pelicans.

For him to get involved in his Home State Of Louisiana and guide a team which has never reached the NBA Finals would be a challenge he'd be anxious to tackle.

He graduated from McNeese State and played there from 1981-1985. He was born in Shreveport, LA on May 24, 1963 (51) and Pelicans/Saints Owner Tom Benson would love to win a championship in two sports.

Having a three-time NBA Champion, six-time All-Star, who was inducted into the Basketball Hall Of Fame in 2006 wouldn't be a bad resource with his championship basketball mind.

For Dumars in Detroit, there was a lot of good and some bad. But in the end, Dumars knew his time was coming to an end. His No.4 is retired and without him, the Pistons wouldn't have three championship banners hanging from the rafters at the Palace.

I'm glad that Steve Masiello, 36, completed his undergraduate degree at the University of Kentucky.

Manhattan showed a lot of class by putting him on unpaid leave in April because he hadn't earned his degree. When USF ran a background check, it found that Masiello misrepresented himself on his resume, thus it terminated his contract.

Masiello, who led the Jaspers to a 25-8 record and the NCAA Tournament, and a near upset of Louisville this past season. He has a 60-39 mark with a .606 winning percentage in three seasons as coach.

What Masiello did was nearly commit Career Suicide. It's inevitable he'll leave Manhattan one day for a higher paying job.

We'll never know what he would have accomplished at USF.

But for now, he Owes Manhattan at least 2-3 years because what the Jaspers did by bringing him back and Preserving or Saving His Coaching Career was Priceless.