Ever since Peyton Manning and Ryan Leaf were selected as the top two QB's in the 1988 NFL Draft by the Indianapolis Colts and San Diego Chargers respectively, I've always been intrigued by Booms VS Busts.

Colts General Manager Bill Polian's selection of Manning produced a Super Bowl Championship for Indianapolis. Meanwhile, Leaf is currently one of the biggest busts in NFL History! He's currently in a Montana Jail because of Burglary trying to steal Prescribed Pain Killers, to go along with his other criminal issues.

When the Detroit Lions defeated the New York Jets 24-17 on Sunday, the fans in The Big Apple had to be biting their lips and nails.

During this meeting only one of them was at Met Life Stadium in East Rutherford, NJ.

It was Stafford, who led the Lions to the triumph by amassing 293 yards, tossed two touchdown passes and ran for another.

The early returns for Sanchez were good as he led the Jets to a pair of AFC Championship Game appearances in 2009 and 2010.

By no means was Sanchez a bust. He was playing for a defensive coach in Rex Ryan that wanted him to manage the game. Ryan failed to come up with a suitable offense for Sanchez.

How badly did it end for Sanchez in New York? The guy was injured in the final pre-season game in 2013 with the second and third string units, which ended his season before it started as he spent the year on injured reserve. Sanchez's final numbers with the Jets were 12,092 yards, with 68 TD's and 69 interceptions in a five year stint.

Fortunately, for Sanchez (27), he got released and he's the back-up QB in Philadelphia under offensive genius Chip Kelly.

There is no doubt that Sanchez will start again in the NFL. For now being the Eagles back-up gives him a chance to regain his confidence.

As for Stafford, the Lions made out extremely well as he has shattered every franchise passing record at the age of 26. I can only imagine what his numbers will be like when his career is complete.

What the Jets saw Sunday was their dream of hoping that the Lions would botch the No.1 pick was just that.

This season, he has 1,176 yards with five TD's and three interceptions leading Detroit to a 3-1 record.

Detroit can only hope more playoff wins are on the way, but now New York is trying to develop another franchise QB in Geno Smith. The Jets are currently 1-3.

I have never been a fan of celebrations and on Sunday September 21 at Ford Field, Lions Linebacker Stephen Tulloch did nothing to change my attitude. He suffered an ACL Injury on a sack of Green Bay Packers QB Aaron Rodgers in Detroit's 19-7 win.

Tulloch was trying to do a "State Farm Discount Double Check" and as a result, Tulloch missed his first game in nine NFL seasons against the Jets.

Amazingly, Tulloch says he doesn't regret doing the dance and would again. If Tulloch wasn't making millions of dollars then I wonder if he would change his thought process. He should have played in the 1960's and 1970's when many players had to work two jobs to make a living.

How times have changed. Maybe State Farm will sign Tulloch to an endorsement deal now that he has extra time since he's not playing football.

The only celebration I like is the Lambeau Leap in Green Bay. The Packers have made this celebration a part of them appreciating their fans, thus those normal dreadful end zone seats are extremely valuable!

Prior to this year, I really never knew how serious Pneumonia was.

But when Detroit Lions Owner William Clay Ford died on March 9, 2014 just days before his 89th birthday, and then I experienced it in late July, then I realized it's extremely rough!

It took me close to four weeks to recover. When I had Prostate Surgery on September 10 at Bethesda Hospital East in Boynton Beach, Florida, I decided to get the Pneumonia Vaccine, which is supposed to last five years.

During the Green Bay Packers 38-17 road thrashing over the Chicago Bears at Soldier Field in Illinois, there was a notable defensive player missing on the sidelines stuck in bed.

His name is Jared Allen (32), the Bears best defensive lineman that missed the contest because of Pneumonia.

Allen is 6-6, 270 pounds and he missed a NFC Norris Division Rivalry Game against the hated Packers. When one of the best defensive players in the NFL misses a game this way, this is serious!

Allen could play football in any era because he's an old school, hard-nosed, hard hitting player that gives 100% effort on every snap.

I'll bet he's had some great football conversations with Bears Hall of Fame Linebacker Dick Butkus. But even Butkus wouldn't be strong enough to play through Pneumonia.

On to College for a Couple of Points.

Going into Saturday's game against Cincinnati, Ohio State was unbeaten in the last 46 contests VS In-State Opponents with a 45-0-1 record.


Not having a Major State Rival has everything to do with this overrated streak. I wouldn't classify the Ohio Bobcats, Akron Zips, Toledo Rockets, Bowling Green Falcons and Cincinnati Bearcats as marquee opponents. Instead they're mid major programs that need a big payday to finance their athletic programs.

Finally, Tennessee Tech Football Coach Watson Brown has entered a club that no major collegiate coach has entered which is nothing to be proud of.

With his team's 50-7 loss to Northern Iowa Saturday Night, Brown has entered the 200 Loss Club.

But I'll be the last to criticize Watson Brown because the fact that he's coached 29 seasons is amazing, and he's coached at schools that are anything but storied programs.

He's coached at Cincinnati, Rice, Vanderbilt, UAB, and Tennessee Tech therefore, it's hard to move up the wins ladder. 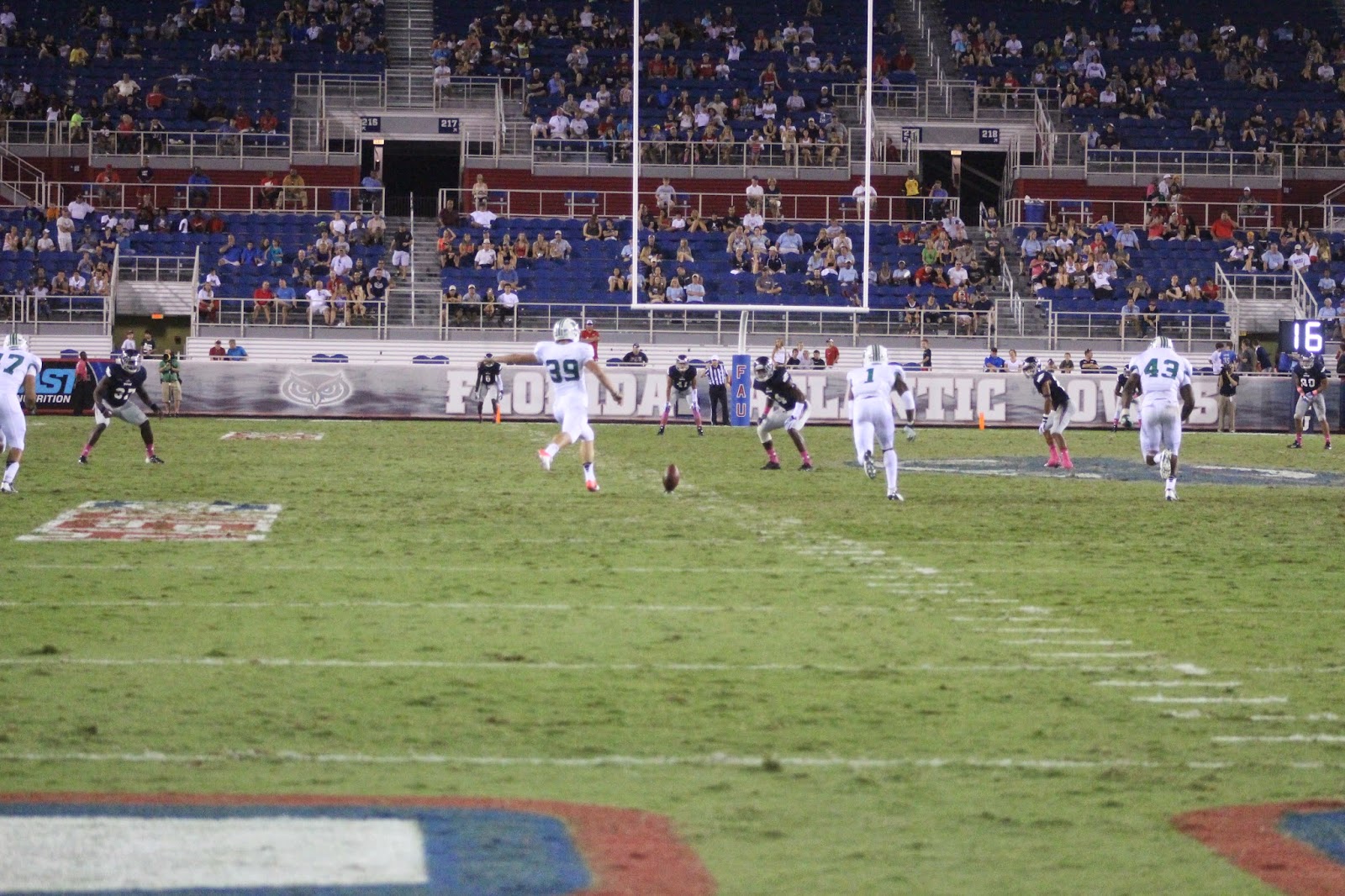 His latest stop on the coaching trail is at Tennessee Tech which began in 2007. He's currently 1-3 this season and 34-49.

His first coaching job began in 1979 with Austin Peay and that lasted two years. He produced back-to-back 7-4 campaigns with a 14-8 record. That was his only winning stop.

Despite the record, Brown is coaching at the age of 64.

There is no telling how many young men he's had a positive influence in their lives both as a head and assistant coach.

But the guy has to have done something right to stay in the coaching profession this long.

The Brown brothers have 372 wins and counting. Mack is 3-0 in their head-to-head match-ups, but I wouldn't be surprised if he got advice from his older brother in every aspect of coaching in addition to dealing with the student athletes.

Scott Morganroth can be reached at www.scottsports33.com.
- September 28, 2014