Before the Detroit Lions 30-20 loss to the Green Bay Packers December 28, 2014 at Lambeau Field, Fox 2's Sports Director Dan Miller and I agreed during lunch about one standout defensive player. 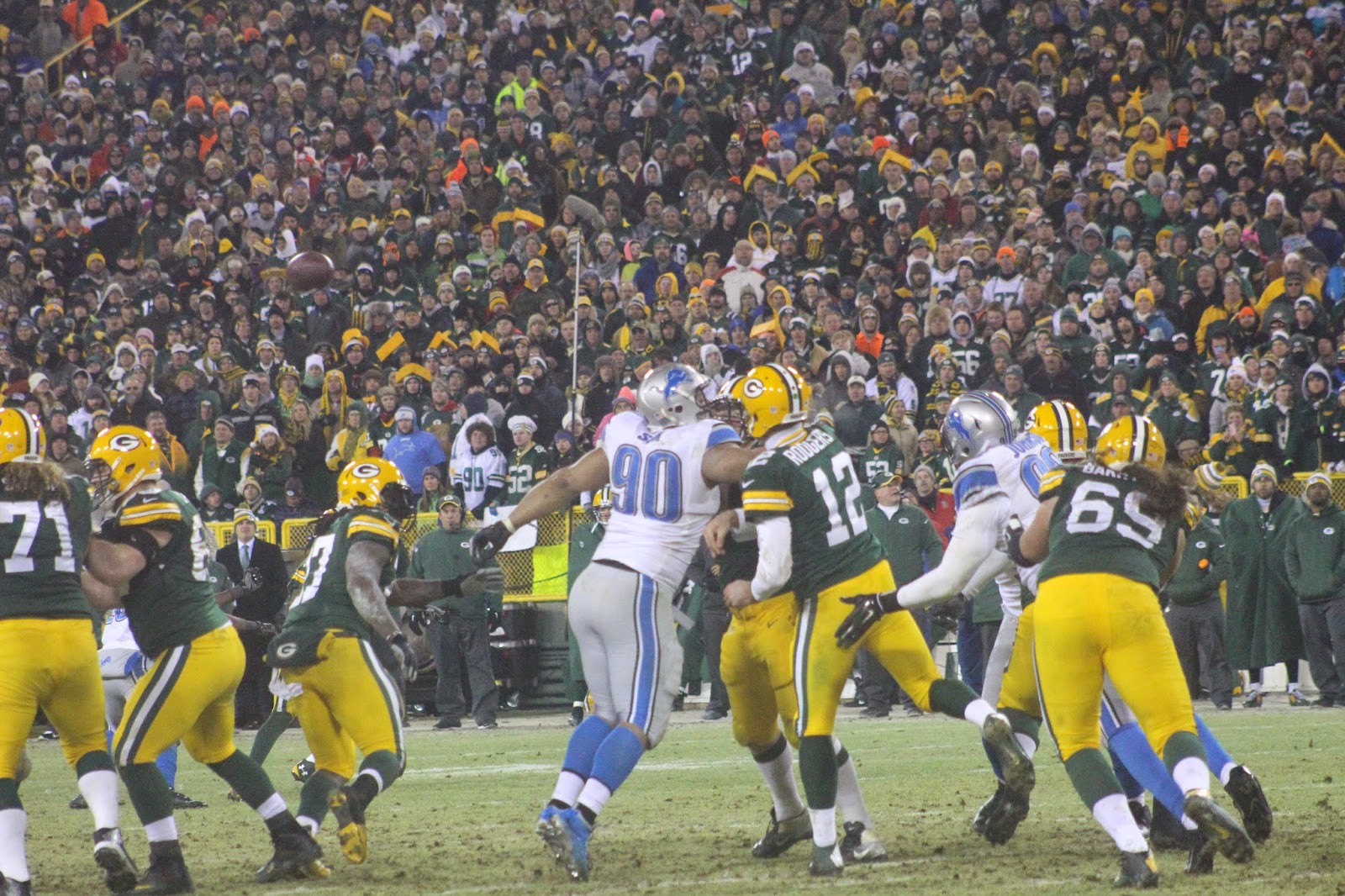 Miller, also the Lions radio play-by-play announcer and I believe Ndamukong Suh will either get franchised, become a transition player or reach a long term contract.

Like My Mentor Tony DeMarco, I have no use for Social Media! Much of the junk written goes against how we were trained as Journalists!

In Suh's five years with the Lions, Detroit's reached the playoffs twice.

His presence on the field makes his teammates better around them.

He's aggressive and old school. He'd be an impact player in any era.

Opponents may not like his tactics, but don't think for a minute that they'd love to have Suh playing for them. He causes headaches for opposing offensive coordinators, QB's, etc... 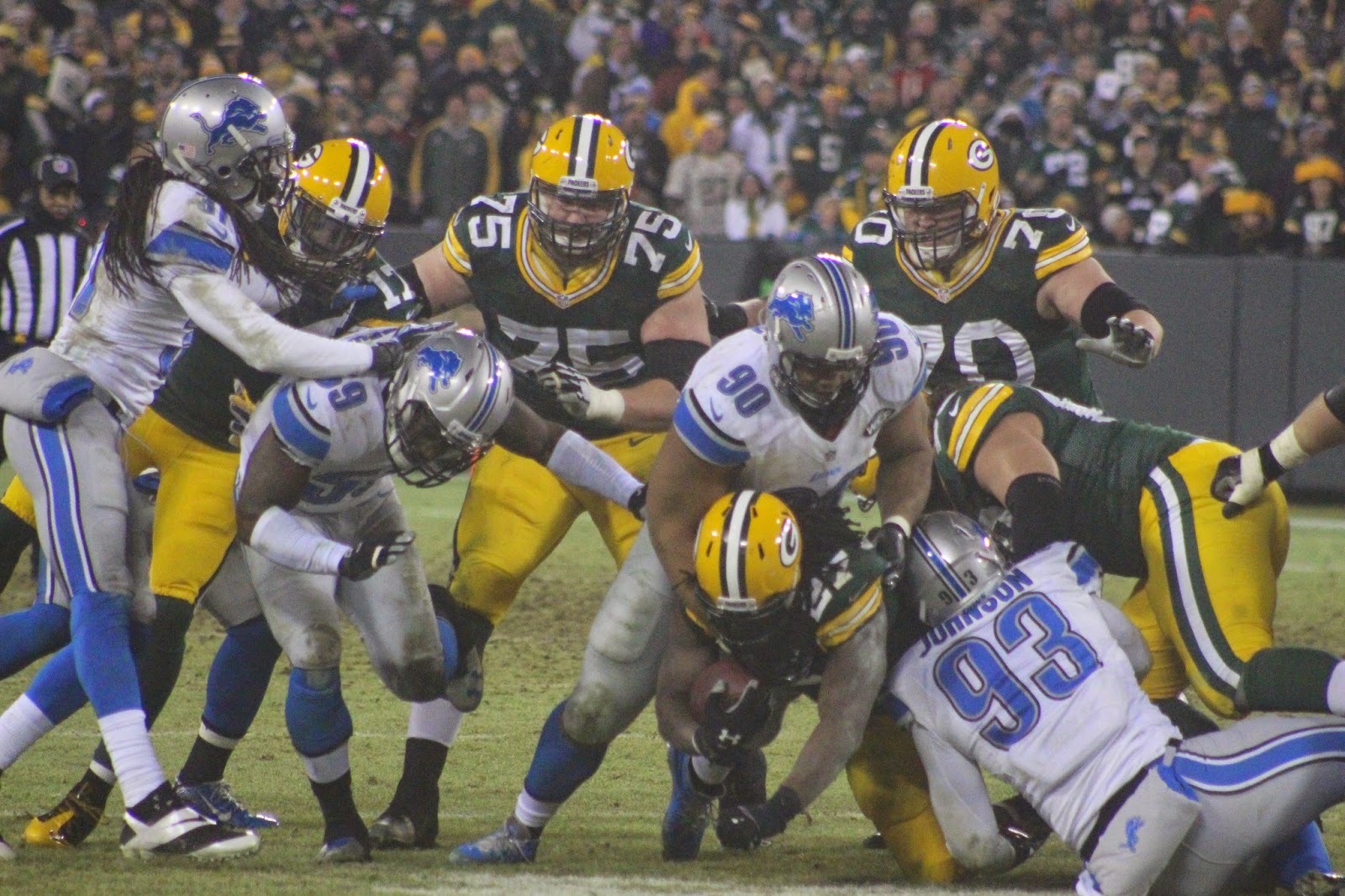 Throughout the years with previous Lions management, many never retained their core players. One defensive guy that should have retired a Lion was Chris Spielman, who played with the team from 1988-95 and played in four Pro Bowls with Detroit.

I do believe that Martin Mayhew and Coach Jim Caldwell won't make the same mistake with Suh. The salary cap will increase and they seem committed to getting the Ford Family a Super Bowl title.

During the 2014 season, Caldwell did a nice job handling the kicking situation getting it right on the third try with the addition of Matt Prater.

Neither of these guys were pleased with the lack of production from running back Reggie Bush, who could be an off-season salary cap casualty.

On March 12, 2014 Detroit signed free agent wide receiver Golden Tate away from the Seattle Seahawks giving him a 5-year $31 Million contract with $13.25 guaranteed.

How did this work out? This has "Genius" written all over it!

Tate played and started in all 16 games. He had 99 receptions for 1,331 yards and four touchdowns. He was selected to his first Pro Bowl.

Caldwell managed to win despite injuries to Calvin Johnson and Nick Fairley among others. Overcoming this showed the organization is headed in the right direction. 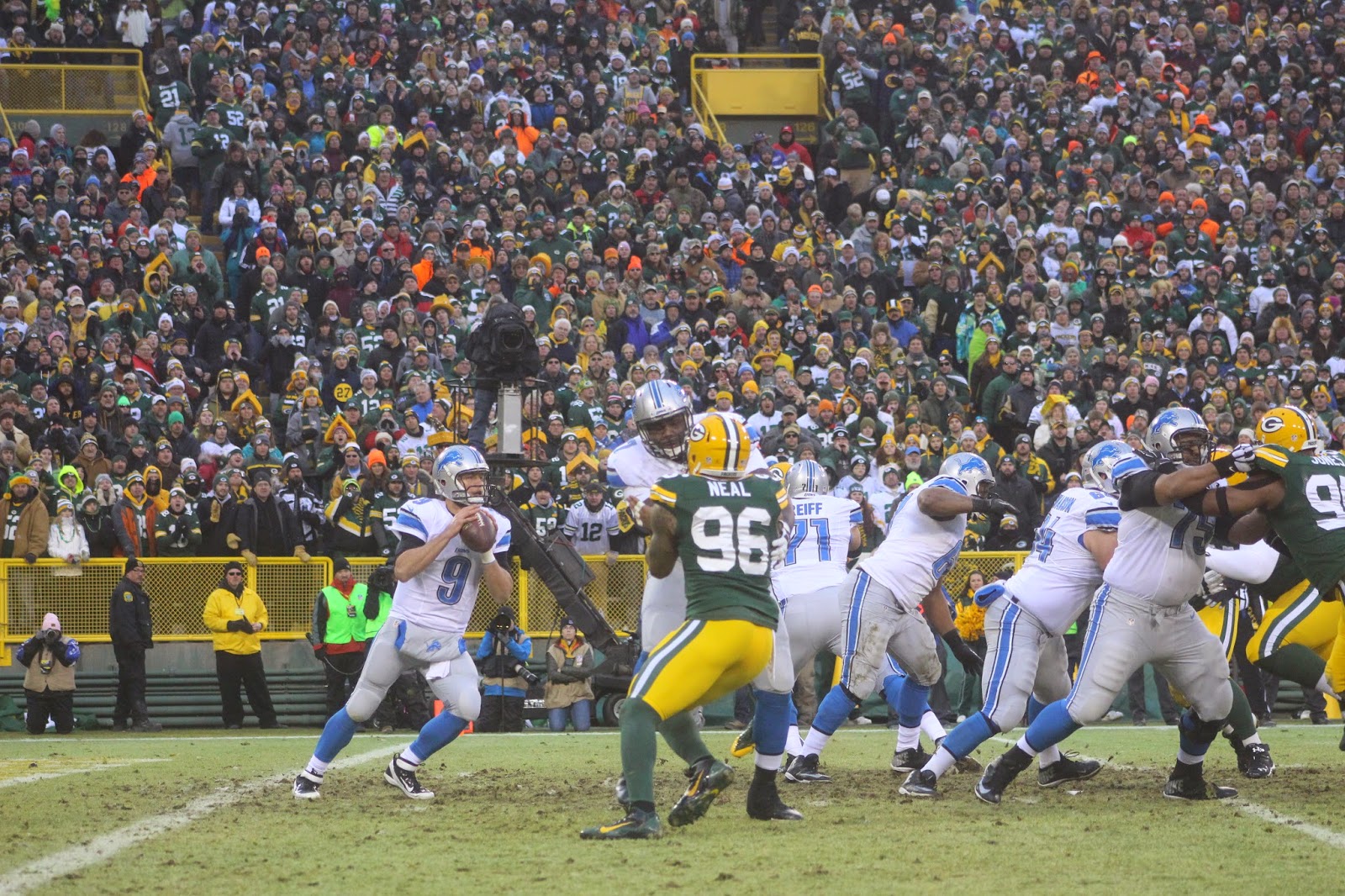 QB Matt Stafford didn't reach the 5,000 yard mark, however, who's complaining about his 4,257 yards, 22 TD's and 12 interceptions. He led the team to some exciting come from behind victories to get the Lions into the playoffs.

If there is any improvement from rookie Tight End Eric Ebron, Stafford will have another quality target in 2015.

Would the presence of Center Dominic Raiola at Green Bay have made a difference in the Lions leaving Wisconsin with their 24th consecutive loss? The Lions also dropped to 10-31-3 all-time at Lambeau and 24-57-4 in Wisconsin. Detroit's all-time record against Green Bay is now 67-95-7.

We'll never know but he didn't use good judgement and wasn't available. As a result, the Lions had to play the Dallas Cowboys on the road in the first round of the playoffs instead of hosting a home game that would have resulted in a higher seed.

Now the Lions aren't bringing Raiola for the 2015 season thus completing his 14-year run in Detroit.

Before the 2014 season, there were many people in the Local and National Media that felt Detroit would finish under .500 and fail to make the playoffs. They look quite stupid and I have a feeling Detroit will get more games in prime time in 2015.

I was amused by many of these so called experts that Detroit was going to get blown out in Dallas by at least 14 points. The Cowboys escaped with a 24-20 win thus making these analysts look stupid. This actually turned out to be the best game of the weekend. Fox had excellent ratings for the contest. 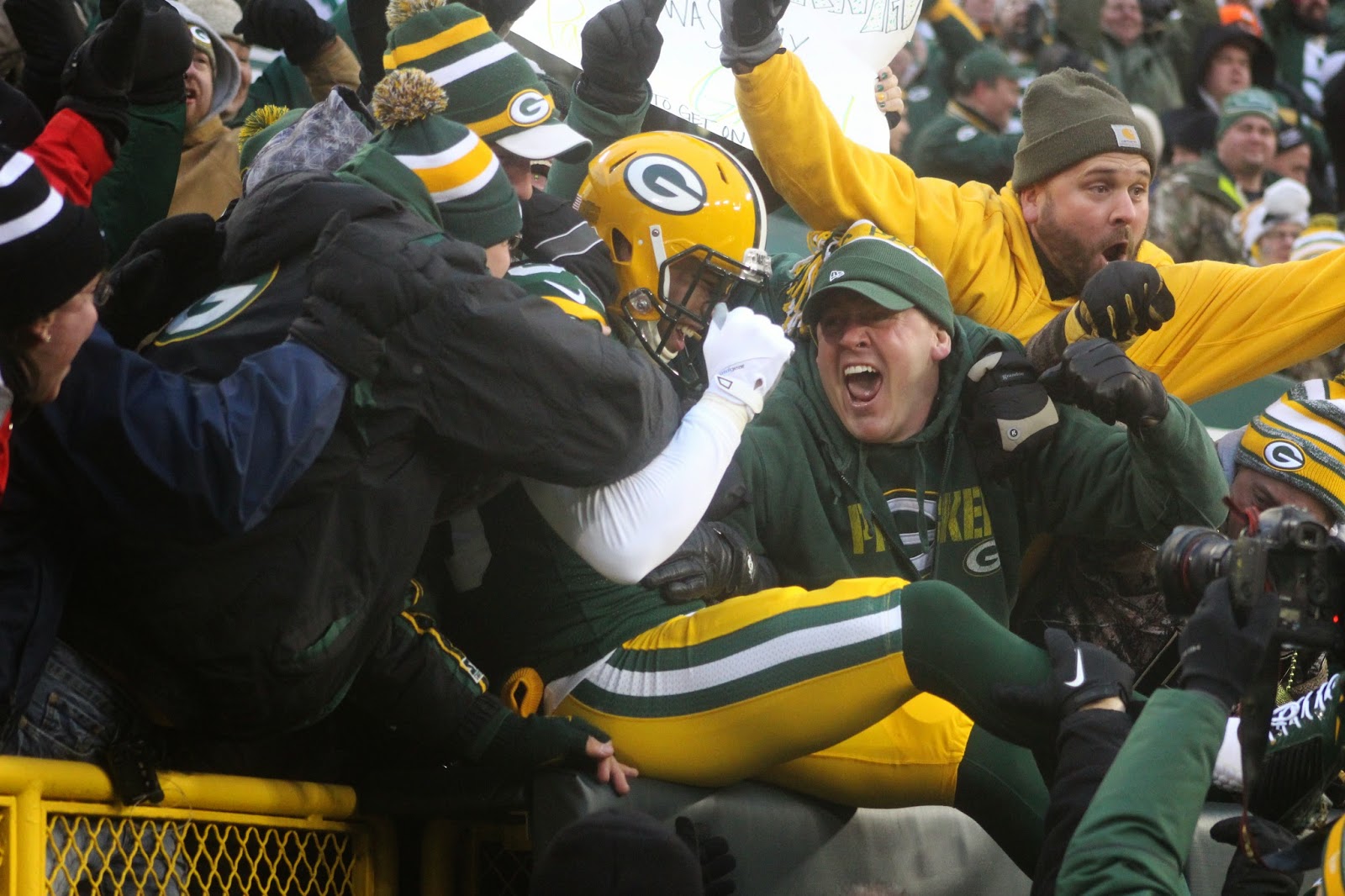 In Green Bay, the Lions punt team failed them as Micah Hyde had a 55-yard punt return for a touchdown and enjoyed his Lambeau Leap.

Against the Cowboys, Punter Sam Martin's 10-yard punt in the fourth quarter led to the Cowboys game winning drive that gave Dallas a 24-20 lead. Once again, a key special teams situation failed Detroit.

One thing that I'll say about the Lions is the NFL Rule Book gets re-written and often analyzed.

On November 26, 1998 against the Pittsburgh Steelers, a Thanksgiving Game Lions 19-16 win at the Pontiac Silverdome will be known as the "Botched Coin Toss" as Jason Hanson converted a 42-yard field goal in overtime.

The "Calvin Johnson Rule" was created on September 12, 2010 where the receiver must have control to complete the process in a 19-14 loss at Chicago's Soldier Field. This happened with 31 seconds left in the game. 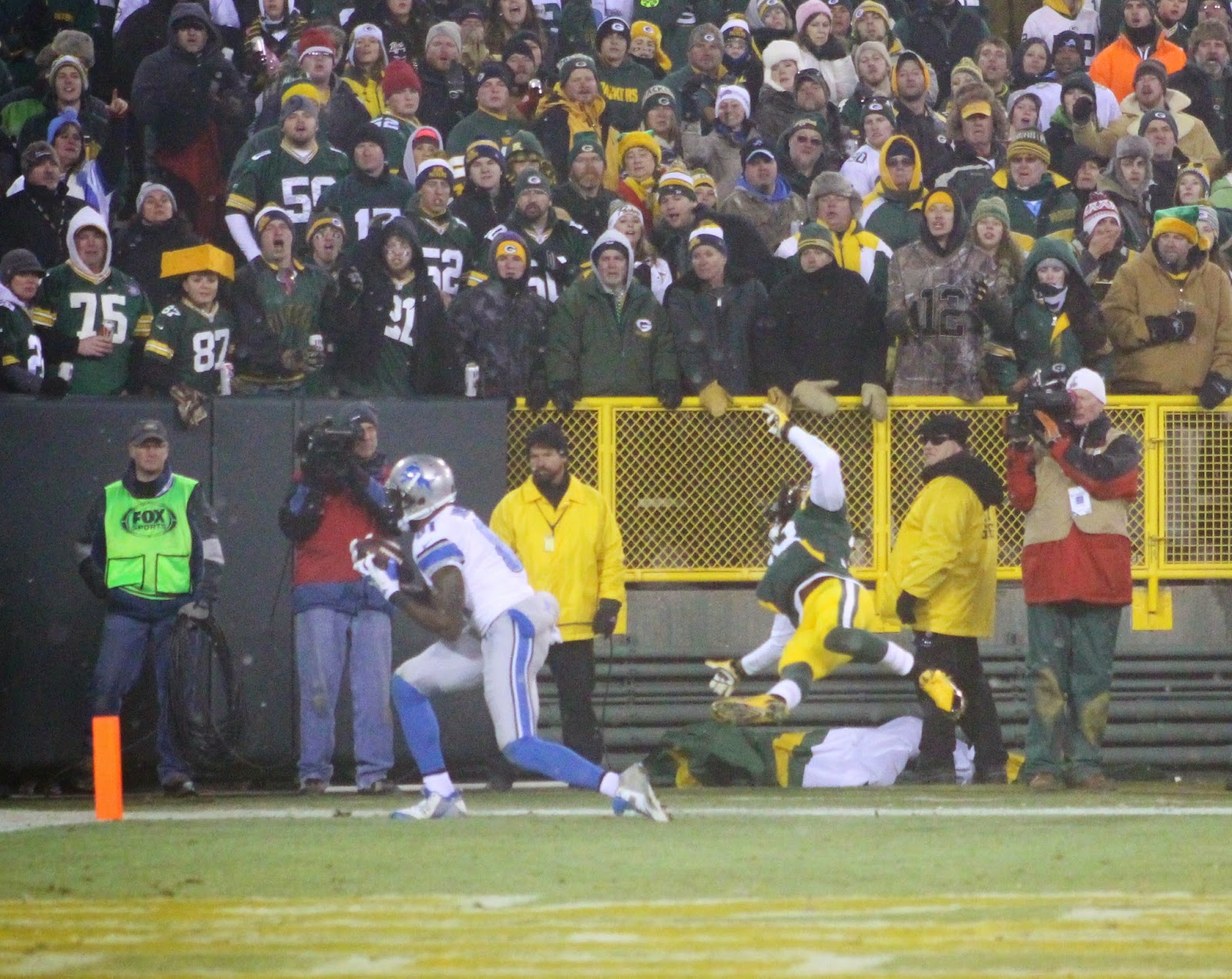 The 2012 Thanksgiving November 22, 34-31 OT loss to the Houston Texans is infamously known for the "Mistake Challenge" where former Coach Jim Schwartz overreacted on a scoring play that prevented it from getting reviewed.

Now to the Cowboys game. The Lions made headlines but also made a few friends in an unfortunate way.

Did the Cowboys get some home cooking?

Figure it this way, the NFL admitted that it blew seven calls, including the controversial "Pass Interference That Wasn't."

Do you think that Suh wants to see his Lions career end that way now that he's playing for a contender?

I doubt it and so does Miller.

How many Lions fans did the Green Bay Packers amass when Dez Bryant fell victim to the "Calvin Johnson Rule" as the Cowboys lost 26-21 at Lambeau Field in the Divisional Round? America's Team lost Ice Bowl II and this was talked about all over the Media and analyzed in Social Media.

No breaks for the Cowboys in Wisconsin.

Unlike other sports, 31 teams are miserable when the NFL Playoff Tournament comes down to a one-game elimination compared to a series in the NBA, NHL and MLB.

All losses are agonizing and everybody is scratching their heads, etc...

In the Lions loss to the Cowboys there were other opportunities to score touchdowns but the team had to settle for field goals. The team knows it,

But considering where the franchise was a year ago at 7-9 that saw Schwartz get fired, Detroit had to patiently wait for his successor.

Smith decided to coach the Tampa Bay Bucs and Whisenhunt the Tennessee Titans. Neither of these teams had a franchise QB in place and as a result finished with identical 2-14 records. The Bucs get the top pick in the 2015 NFL Draft while Tennessee is second.

Caldwell got recommendations from Tony Dungy and Peyton Manning and the Lions season was much, much better than Smith and Whisenhunt.

Even if the Lions had beaten Green Bay, who knows how far they would have advanced.

The loss in Green Bay was tough for Lions Offensive Coordinator Joe Lombardi, whose grandfather Vince Lombardi won championships in this venue plus has a street named after him.

But there is no sense of dwelling on what would have been because they Packers experienced a tough 28-22 OT road loss Sunday to the Seattle Seahawks, the defending Super Bowl Champions in the NFC Championship Game.

After the Packers game, Caldwell reflected on the positive by saying, "There are only 12 teams working at the end of the night, and we are one of the 12. You better be excited about that opportunity." 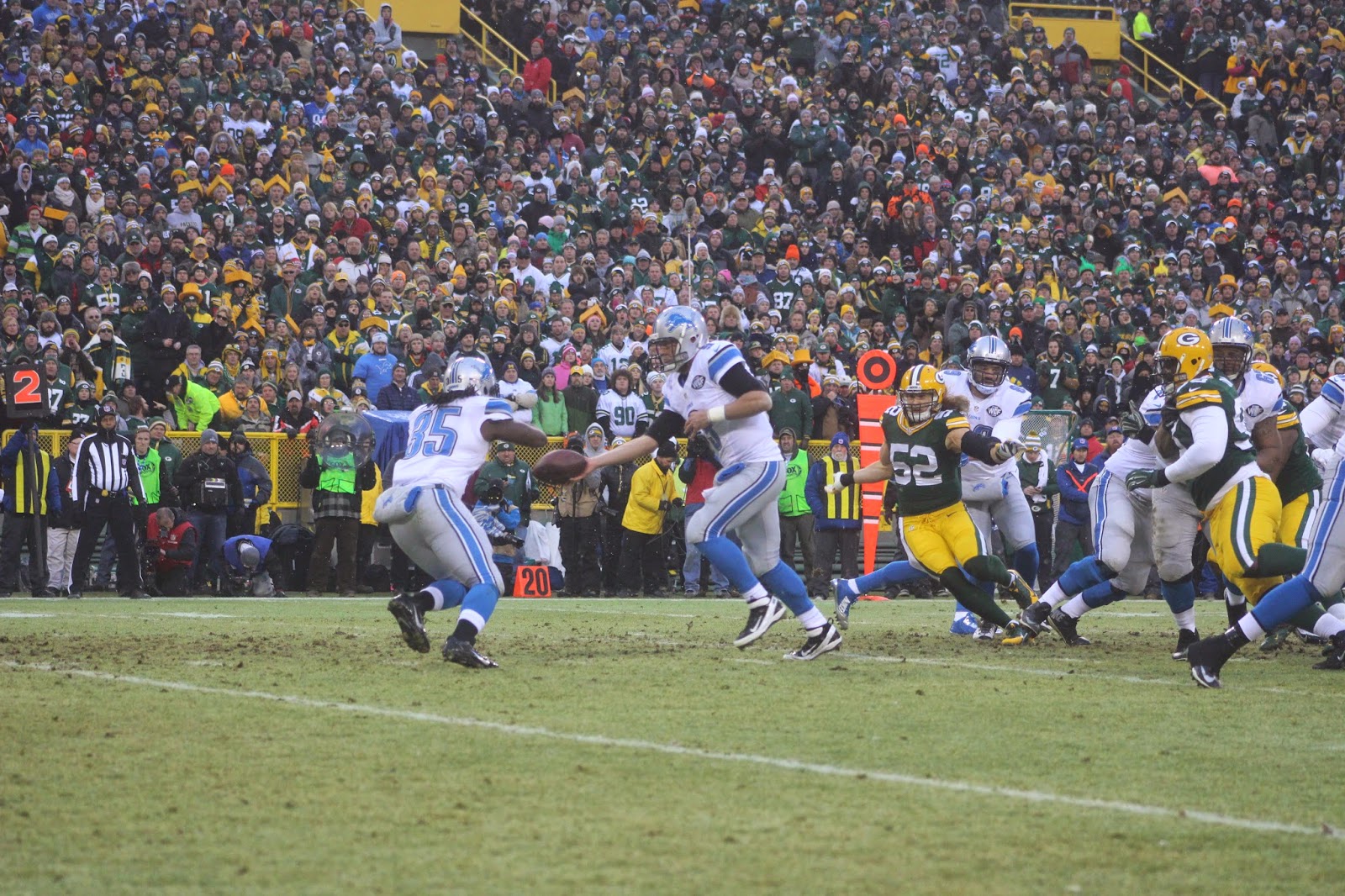 Stafford added, "We are a battle-tested team. We have won 11 games this year. We found ways to win a lot of them and we will continue to do that. We are a mature football team."

There is no question Detroit acquired a lot of valuable lessons in their season ending two-game losing streak.

Mayhew, Caldwell and the rest of the scouting staff are now evaluating tape from this past bowl season enabling the Lions to retool by adding additional pieces.

The Senior Bowl is Sunday in Mobile, Alabama. There were lots of interviews with players and practices to scout this week.

One thing is for certain, Caldwell changed the culture, instilled discipline to a franchise which hasn't seen at least 11 wins since the 1991 season when Detroit was 12-4. 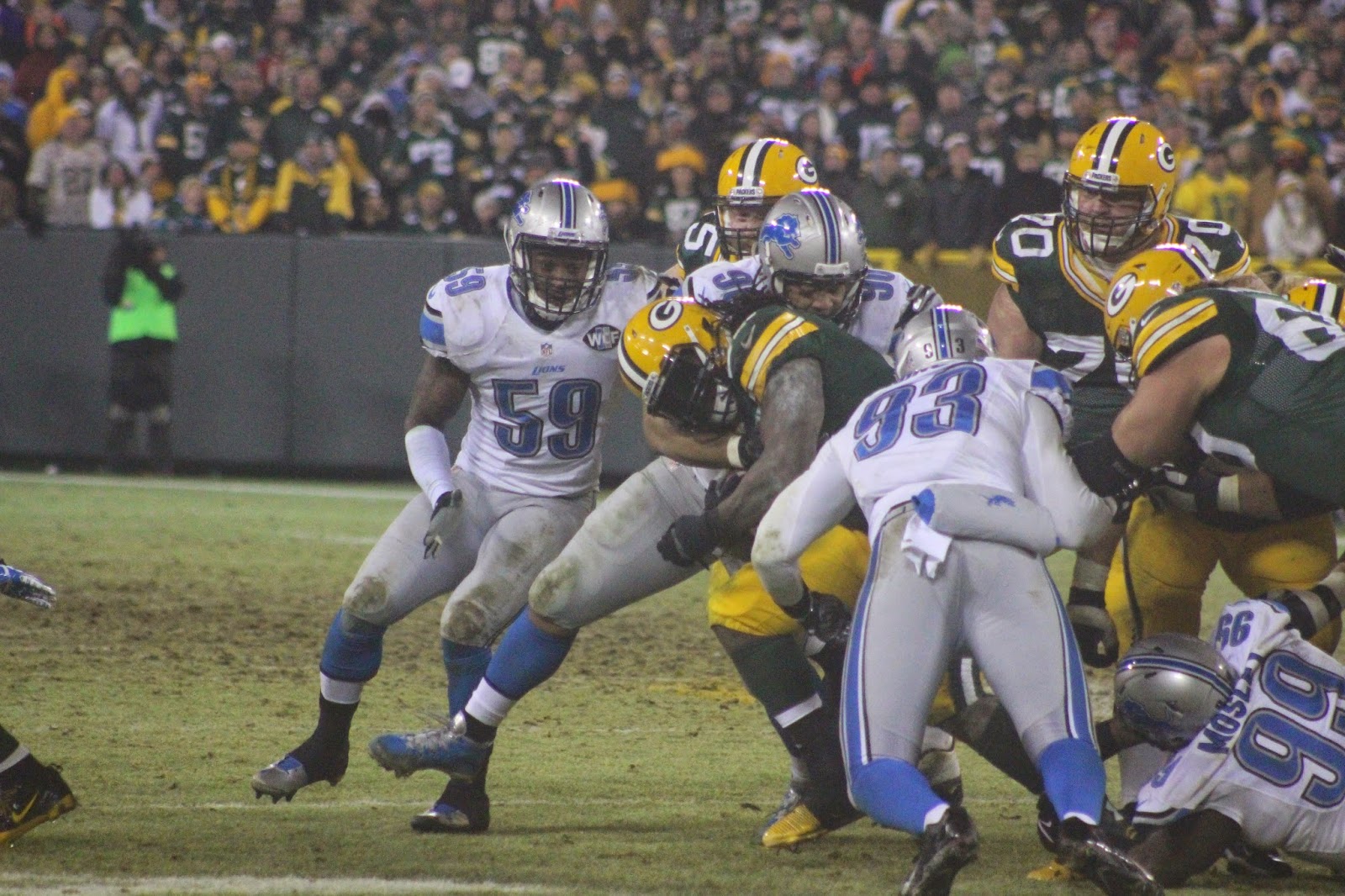 If Suh stays because of Caldwell's calm demeanor then this will solidify that Jim may not have been the First Choice, but he was indeed the Best Choice.

The keys to success in the NFL are:

Seems like a simple formula but yet so complicated and difficult to conquer.

We find that out on Black Monday at the end of every season and those that do succeed in the Super Bowl have the right to cherish the accomplishment.