DeFlate Gate: I have no idea as to why I'm giving this subject any attention therefore, I must be absolutely crazy.

ESPN along with the other Major Sports Networks, plus Social Media have saturated us with this absurd non story.

First of all the New England Patriots hammered the Indianapolis Colts 45-7 in Massachusetts in the AFC Championship Game.

Running back LeGarrette Blount ran for three touchdowns to lead the Patriots. As far as I'm concerned, Blount could have used a "Nerf Football" and then we wouldn't have to listen to the DeFlate Gate Garbage. The bottom line is the Colts got their rear-ends kicked, It's that plain and simple. End of story.

Super Bowl Prediction: My colleague George Eichorn asked for one two days ago and now I'll go on record as to what I think will happen Sunday as the defending champions Seattle Seahawks (12-4) look to defend their title against the New England Patriots (12-4) in the battle of No. 1 seeds in Glendale, AZ.

Blount tends to come up with clutch performances in big games and this one will be no exception. This guy is a powerful wrecking machine and has some good acceleration when he finds space. The Pittsburgh Steelers signed him in the off-season and he was let go because he was annoyed that he didn't have a bigger role in their running attack. The Patriots were smart enough to snap him up quickly. 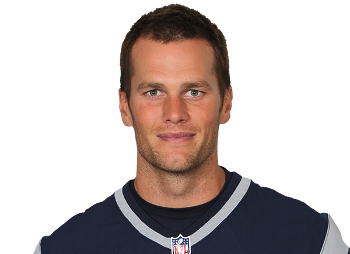 I look for former U-M QB Tim Brady to get another ring and Tight End Rob Gronkowski at 6-6 is one tall target who is too tough to defend. Between Blount and Gronkowski, this is one potent-powerful one-two punch which will cause havoc for the Seattle defense. Seattle's defense has allowed 11 TD's to tight ends.

Brady is playing in his sixth Super Bowl and is 3-2. If he wins his fourth title, he ties legends Joe Montana (San Francisco) and Terry Bradshaw (Pittsburgh) for the most in Super Bowl history.

Brady's only losses were in dramatic fashion to the
New York Giants.

I do look for a two point play of some kind in this contest.

My Final Score has New England winning 33-27 as the Patriots take the Lombardi Trophy back to the East Coast. Since Seattle Running Back Marshawn Lynch doesn't like to talk to the media, now he'll have a reason to stay silent while former New England Coach and current Seahawks boss Pete Carroll loses to his former employer.

John Fox to the Chicago Bears may be the only way to fix Jay Cutler and he brings Adam Gase in as his offensive coordinator from the Denver Broncos. It was four years ago that Fox actually won a playoff game with former Heisman Trophy winner Tim Tebow as his signal caller reaching the playoffs with an 8-8 record.

I actually thought that former Denver Broncos Coach Mike Shanahan had a chance to get the Bears job until Fox unexpectedly became available.

I had a friendly prediction with a good friend named Robert Schultz, who is a Chicago native that now resides in the Dallas suburb of Hurst, TX. Schultz was quick to joke around that I was wrong but I quickly rebuttled that I just chose the wrong former Denver coach. We shared laughs on this though Shanahan is one guy who had previously worked with Cutler and former Broncos Wide Receiver Brandon Marshall.

If Gase is able to get any production from these two players and does turn Cutler around, there is no doubt he'll get a head coaching job for the 2016 season.

The early returns on QB Johnny Manziel have BUST written on them right now. It's a shame that Manziel hasn't grown up yet and he's more hype than substance. He prefers to party rather than study. The Cleveland Browns spent a late first round pick for a fraternity brat that likes to go to night clubs and makes more headlines off the field than on the field.

Manziel has a good arm and his mobility demonstrates there is some talent. It's just too bad that he doesn't appreciate the opportunity he has.

I've always admired the attitude of Tebow and wish that he had more of an opportunity to play in the NFL. While Tebow's mechanics remain his biggest downfall, you can't teach work ethic, maturity and character issues with Tim. I just wish Tim had played football in the Canadian Football League to continue to use this as a stepping stone to return to the NFL. Even New England Patriots Owner Robert Kraft was hoping he'd make the team two years ago. But it wasn't meant to be as he truly enjoyed Tebow's character, attitude, personality and work ethic.

But back to Manziel. At the rate he's going, he'll be out of the league in three years as new QB prospects get developed in college. Hopefully Manziel is smart enough to realize that if a nice guy like Tebow can get railroaded out of the NFL, he won't be too far behind.

The words more trouble than your worth are common in the NFL because you're paid to produce in this league. If you don't do your job then someone else will be more than happy to take it from you.

Milwaukee Bucks Coach Jason Kidd is looking like a genius for leaving the Brooklyn Nets after one season. Owner Mikhail Prokhorov has put his 80% majority interest up for sale. It looks like the Russian Billionaire has lost interest in his toy which is losing millions of dollars a year. The Nets are 18-27 as of this post and are out of the playoffs. The team is evaluating Coach Lionel Hollins.

Meanwhile, Kidd has the Bucks in playoff contention and are the sixth seed in the Eastern Conference with a 23-22 mark. They lost their franchise rookie Small Forward Jabari Parker to a season ending injury but keep plugging in other players. Guard Brandon Knight is having a fine season.

The team just signed veteran Power Forward Kenyon Martin to provide veteran leadership. Kidd's former teammate with the New Jersey Nets was a big part of helping them reach the 2002 and 2003 Finals.

Center Larry Sanders is currently serving a 10-game suspension because of drug use and has missed other games due to personal problems. I'd be very surprised if Sanders is still on the roster and the Bucks buy out the rest of his contract.

Whatever happens, the Bucks are on House Money since they had a franchise worst 15 wins last season. What a difference a new coach and philosophy makes. It will be interesting to see what happens the remainder of the season. The team knows it needs to get a new stadium built by 2017 or risk the possibility of losing it to another market.

Winning will cure a lot of this and as Kidd continues to mature as a coach since he's only in his second year, thus the upside seems endless for both the Bucks and Kidd.

A Hockey Game I didn't watch was this years NHL All-Star Game Sunday in Columbus, Ohio.

Team Toews defeats Team Foligno 17-12 Sunday as the 29 goals were the events most in the 60-year All-Star Game which has changed formats numerous of times.

When a game has a fake fight and no defense, this is absurd!

The NHL All-Star Game was on NBC Sports Network and I can't imagine that the ratings were that great. I don't mind watching superstars demonstrate their talent, but when the game comes across as fake entertainment then it leaves a lot to be desired about it's validity.

Addition by subtraction is something that I hate to discuss when it comes to the Baseball Hall of Fame.

A couple weeks ago the latest residents to enter the Baseball Hall of Fame are Pedro Martinez, Randy Johnson, Craig Biggio and John Smoltz. All of these players have earned their place in Cooperstown, NY because of their Excellent Careers. 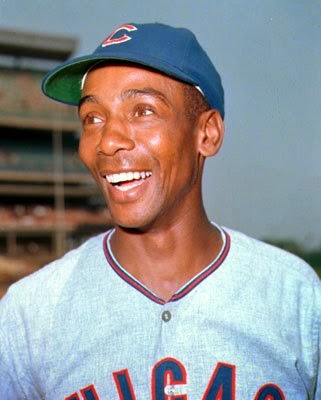 The subtraction parts comes at the expense of Mr. Cub Ernie Banks, who died on January 23, 2015 just seven days shy of his 84th birthday. He was the greatest Cub of all-time and smacked 512 home runs. He was the first Cub to ever have his number retired. His No.14 was retired in 1982 and Banks has a statue outside of Wrigley Field that was erected in 2008.

This guy gets a Gold Medal for positive attitude because during his career the Cubs never reached the post-season. His teams finished below .500 in all but six seasons.

Banks was named to Baseball's All-Century Team in 1999.

So when we watch this year's induction ceremony July 26, 2015, it's too bad that Banks won't be there to greet the four newest inductees. But at least he was alive to see the four players who are the latest of the greatest to reach immortality in the Great American Past-Time.

He'll be watching these ceremonies in Heaven and he'll never be forgotten. Rest In Peace Ernie as you join many of the greatest deceased Hall of Famers in Heaven.