I know I'm not alone, but who ever thought that after four-straight playoff appearances that the Detroit Tigers would be 60-70 and 20 games behind AL Central Leading Kansas City. Things won't get any easier the next three nights as the Tigers play the Royals in Missouri from Tuesday-Thursday.

The past 30 days have been unbelievable as outgoing President and General Manager Dave Dombrowski traded three impact players in Pitcher David Price (Toronto Blue Jays), Closer Joakim Soria (Pittsburgh Pirates) and Outfielder Yoenis Cespedes (New York Mets) in exchange for prospects. He did it while in playoff contention. This led to comments by Cespedes that the Tigers threw in the towel. Indeed, that does sound like what the Tigers did.

I understand why Dombrowski did this because he didn't want these potential free agents to leave without immediate compensation instead of taking draft picks. Did Tigers Owner Mike Illitch make the right move by firing Dombrowski a few days later? I'm still a bit uncomfortable with this move despite the fact that Dombrowski was going to be highly sought after as a free agent when his contract expired when the season ended. 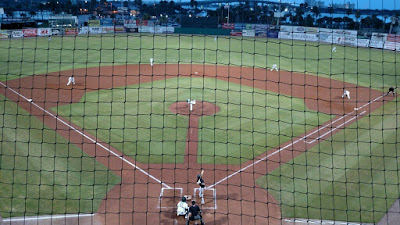 As it turned out Dombrowski landed with the Boston Red Sox in August reuniting him with former Marlins Owner and now Red Sox Boss John Henry. It remains to be seen what his successor Al Avila will do in the months ahead to take the now last place Tigers and get them on the right track. Can Avila convince Cespedes to rejoin the team in free agency?

But it's totally unfortunate that a season that had so much potential is decaying by September 1st. Yet, in the past several seasons, the bullpen has been and still is one of the biggest weak spots for the team. I am convinced that Dombrowsi will turn around the Red Sox and should he fire John Farrell, I have a gut feeling who he'll tab as his next skipper.

There is no way that I'll blame Tigers Manager Brad Ausmus for this seasons debacle. I'd like to find any manager that can deal with all the injuries, under performing players, influx of younger players, roster turnover as well as the fire sale at the end of July. Brad has handled this as well as he could and if he gets fired, I have a gut feeling that he'll join Dombrowski in Boston and manage the Red Sox. He's a bright young manager that will have a job in some team's dugout in 2016.

Should Detroit fire Ausmus, there are only two skippers that would make any sense. I predict that Detroit would either hire former Minnesota Twins Manager Ron Gardenhire, who knows the AL Central quite well or Dusty Baker, who has guided multiple teams to the playoffs.

Do the Tigers miss former hurler Max Scherzer? I would say so, but not at a price tag of $210 Million for seven years. When Scherzer left for the Washington Nationals as a free agent, everybody was saying why bother to play the season since this was a team which was favored to win the World Series.

But how have things gone for Scherzer in the Nations Capital? He made it to the NL All-Star Team. He did throw a no-hitter against the Pittsburgh Pirates in Washington. Max's record stands at 11-11 with a 2.88 ERA, 209 K's and 26 Walks.

The Nationals team batting average is .250 and Washington is 66-63, eight games out of the Wild Card.  Washington is currently 5.5 games back of the NL East leading The New York Mets (72-58).

Do you think that Scherzer misses the Tigers bats and not having to hit with the DH in the AL? How about pitching at pitcher's friendly Comerica Park? I would think so.

The Tigers won't make the playoffs and it appears that the Nationals will be watching them on television unless the team gets on a roll very quickly.

Longtime LA Dodgers Broadcaster Vin Scully is coming back for his final season. The 2016 season will mark Scully's 67th year with the Dodgers. He'll be turning 88 in November. I've been to Dodgertown in Vero Beach, Fla., but unfortunately we never crossed paths. It bothered me when the Dodgers relocated to Arizona.

Despite not meeting Vin, he is the Greatest Broadcaster of All-Time!

Finally, what would a late season column be without playoff predictions?

Let's start in the American League.

I look for the Kansas City Royals to meet either the Toronto Blue Jays or the New York Yankees in the American League Championship Series. After being a game away from winning the World Series last season against the San Francisco Giants, despite losing James Shields to free agency, the Royals added key pieces down the stretch to convince me they'll close the deal this time. The last time Kansas City won it was in 1985 when they defeated Missouri Rival The St. Louis Cardinals.

Thirty-years from their last title would be a great anniversary for their next championship.

The National League will be fun to watch. It's not as clear cut. As of now, the Chicago Cubs and Pittsburgh Pirates hold the final two Wild Card Spots.

If I had a sentimental favorite, it would be the Cubs, who haven't won a championship since 1908. If you're doing the math, this is 107-year drought.

If team President Theo Epstein and Manager Joe Madden pull this off they'll get two statues outside of Wrigley Field.

For Epstein to break a long drought with the Boston Red Sox then do it with the Cubs, he'll make a case as being one of the best team builders in MLB History and will get into the Baseball Hall of Fame. Look for Madden to get his number retired.

Realistically, it's always hard to count out the St. Louis Cardinals and Los Angeles Dodgers.

However, don't count out the surging New York Mets, who have great young pitchers and Cespedes has been tearing the cover off the baseball. The Mets were big buyers at the trade deadline. They'll be very, very dangerous.

But I'm going to go out on the limb and predict that the St. Louis Cardinals face the Kansas City Royals in the Fall Classic. Once again, the Royals will defeat the Cardinals 4-3. The Royals had their fair share of All-Stars and Ned Yost will manage Next Year's All-Star Game.

These next two months will be fun to watch. Stay Tuned.