When I approached former Michigan QB Denard Robinson in the locker room after the Jacksonville Jaquars 27-23 loss to the Green Bay Packers on September 11 at Everbank Field, I told him we have a lot in common.

First, I'm from Metro Detroit where he had great memories playing for the Michigan Wolverines as their starting signal caller.

Second, and perhaps just as important, he is from Deerfield Beach FL where he played for the Bucks.  My current residence for the past 14 years has been Deerfield Beach, which is five hours away off I-95 from Jacksonville.

Therefore, this was a natural angle both for Metro Detroit and Deerfield Beach.

Robinson, 6-0, 210 pounds is a 26-year old, who acts much more mature than his age.
He's also a polite, likeable and enthusiastic young man as you see in this photo jumping in the air. 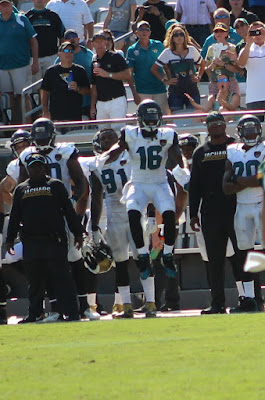 He's also smart because when he sensed that it might be difficult to get drafted as an NFL quarterback, playing three positions would enable him to increase his pro value.

In 2013, Robinson was drafted in the fifth round of the NFL Draft, 135th overall.

There are two other former Ohio State QB's that realized they needed to become hybrid players.

Terrelle Pryor Sr. of the Cleveland Browns and Braxton Miller of the Houston Texans are both wide receivers, in addition to emergency signal callers. All three of these players realize how difficult it is to make a 53-man roster.

Robinson and I talked for a few minutes in this Exclusive Interview.

Q:  Let's talk about playing on September 11, what was that like for you knowing this was an emotional day for everybody around the country?

A:  It was an honor.  It was honorable to be able to play in the league on a day like this. It's a very impactful day because of what happened.  But now when it all came together and it was all good, it was impactful, it's an honor playing on this day.


Q:  Let's talk about your career thus far.  Has it gone well knowing that you are a hybrid player who can play multiple positions?

A:  Things have gone real well.  I've been in the league for four years, used to playing all these different positions, even though running back is my main one, but it's just been an honor just being a part of this team and working at it and glad to keep going on the highest level.

Q:  Do you have any particular position you enjoy playing the most?

A: Ya, Ya definitely I mean but I got to make the most out of these opportunities and just get through and keep going.
Q:  Let's talk about the Jaquars for a moment obviously today was a tough loss with the Green Bay Packers, but you were in it the whole way.

A:  Oh yeah definitely.  I think this just what we needed. What we respect more we expect to finish the game and finish the last drive so that when it came down to it we feel kind of mad about it. You know we should have finished the game, man finish the way we wanted to finish.

Q:  In your few years that you have been here do you feel this is the one year that  the expectations have been much higher then in the past? 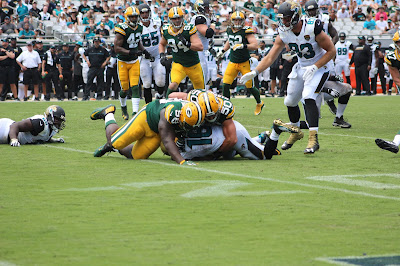 A:  I won't say that, we all have high expectations but I think this year we've put more pressure on ourselves and we want to take it upon ourselves. I think the biggest thing our mindset is so much different than when I first got here.

Q:  What was it like when you first got here?

Q:  Well that is where I was going, looks like the talent level is starting to increase.  I can tell with you in the running back and Bortles is a much better upgrade at quarterback and your starting to have a couple more good receivers and your offense to me looks pretty darn dangerous. Do you agree?
A:  That's the things man, we got so many receivers so many tight ends, you got the quarterback, you got the running backs, you got the whole offensive line to keep the quarterback thin we got so many guys here to make this team and the offense go and the defense that we've built it up and we got some good cover guys.

A:  Definitely I watch the games Saturday, they are looking good, they looked good  They are playing well.  Harbaugh's got the guys playing hard and you know we knew they had the talent they just started to put it forward, show what's going on.

Q:  Do you ever talk to Harbaugh once and a while? 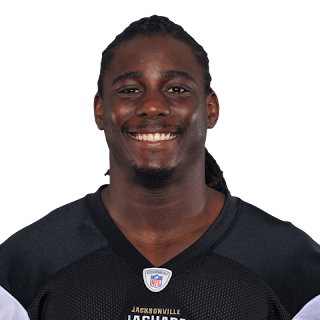 A:  I talk to him when I go up for camps and stuff but not too much.

Q:  You had another fellow alumnus in Chad Henne that's on this team, do you guys get along pretty well?

A:  Oh yeah definitely, Chad Henne. James Patrick my man, Richard Ash we got a couple of guys that actually went to Michigan.

A:  That's my home city, I love representing my city it was an honor playing at Deerfield Beach High School. Representing the Scarlet and Gold. It was always good.

Robinson will return to another one of his home areas as Jacksonville pays a visit to Ford Field Sunday Nov. 20 to face The NFC North leading Detroit Lions (5-4) at 1 PM.

Scott Morganroth can be reached at www.scottsports33.com and is a Member of The Detroit Sports Broadcasters Association.
- November 15, 2016