1. The only living relatives I knew that were around when the Chicago Cubs won their last World Series in 1908 were My Great Grandparents Morris and Celia Kroll.

2.  The last time the Detroit Lions won an NFL Title was on My Birthday, December 29, 1957--Five years before I was born. Cubs President of Baseball Operations Theo Epstein was born on December 29, 1973 in New York City. Epstein was the architect of snapping the Boston Red Sox's 86-year drought and now the Cubs 108 year dry spell.   Epstein's alma-maters are Yale University and the University of San Diego School of Law. Theo's a born genius. 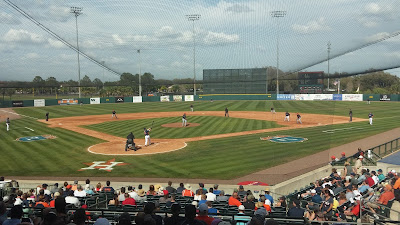 3. Cleveland Sports has been on the right and wrong side of 3-1 leads in championship rounds. The Cavaliers overcame a 3-1 deficit to defeat the Golden State Warriors and won the NBA Championship in June. Meanwhile, the Indians blew a 3-1 lead and lost to the Cubs to lose the World Series here in early November. The Indians World Series drought is now 68-years.

4. I just received an e-mail from an old Tampa Tribune Colleague Charles Jackson, as he saw an article on our website. In March, I wrote a Spring Training Story in Kissimmee, FL mentioning Rick Nelson, as I recollected a tough situation where I wasn't able to send a story from Osceola County Stadium, due to technical difficulties to the new facility as I was covering The Florida State League All Star Game in 1985.

Nelson and I were able to work through the situation by getting a deadline extension as both stories were published as I dictated them to Rick and he typed them into the computer.

Jackson Googled Nelson's name and wanted to tell me that Rick was a diehard Cubs Fan that would have been happy his team made it to the World Series. Jackson added that Nelson would be ecstatic the Cubs are the 2016 World Series Champions. Jackson told me that Nelson died of Cancer in his 50's and is now in heaven.

Through the years, I've always had Rick in My Mind because we worked well together. He was a great editor and became a great friend. I'm always proud of when I get a chance to mention former colleagues in my stories. Rest in Peace Rick. You were a champion with me and now with The Chicago Cubs. 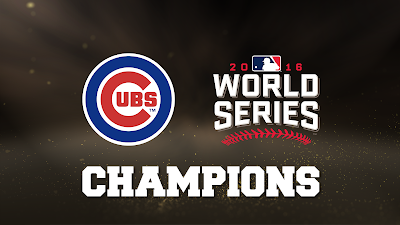 5. During the World Series, not one starting pitcher recorded an out in the seventh inning. Baseball's become a sport which is so specialized that it overworks the bullpen. I have to admit that it was refreshing to see Cubs Closer Aroldis Chapman's clutch performances.

In Game 5, he earned an eight out save, then added a seven out save in Game 6 of The Fall Classic. Without his clutch performances, there wouldn't be a Game 7, and you can rest assure that he will make a lot of money during free agency.

Growing up in My Era, it was common to see relievers earn two and three inning saves. Chapman's performance was refreshing to witness, especially with the majority of his pitches hitting 100 MPH.

6. Who really had home field advantage in The Fall Classic? It seemed as though there were as many Cubs fans as there were Indians fans in Cleveland. But the Cubs benefited by the Designated Hitter as Kyle Schwarber's bat added a powerful punch to Chicago's line-up. 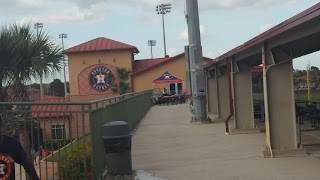 7. Do you know who the Detroit Tigers All-Time leading HR leader is in the post-season? It's Delmon Young with a total of nine. On October 3, 2014, Young haunted Detroit coming in as a pinch-hitter by hitting a base-clearing double to give the Baltimore Orioles a 7-6 lead. Baltimore defeated the Tigers in the series.

Another former Tiger Rajai Davis had a huge moment on the Big Stage as he hit a three-run homer off Chapman which tied the game at 6-6 in Game 7 versus the Cubs. With Chicago leading 8-6 in the 10th inning, Davis drove in another run cutting Chicago's lead to 8-7.


The bottom line is even though Young and Davis don't have big names, their clutch performances in the post-season made them known quickly especially during the fall.

8. Tigers fans can thank the Cubs for roughing up Indians Pitcher Cory Kluger. Only thirteen pitchers have won three games in a single World Series. The last starting pitcher to accomplish this feat was Detroit's Mickey Lolich, in 1968 against the St. Louis Cardinals. Lolich now rema 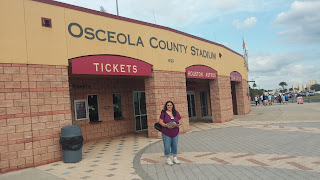 ins the last starting pitcher to win three games in the Fall Classic.

9. Lolich's battery-mate Bill Freehan was complimented by legendary Sports Personality Roy Alan Firestone. Roy said he views Freehan as one of the most  underrated, great catchers of his generation.

10. If Cleveland had won the World Series, the Tigers shouldn't have felt that bad. Detroit was 5-12 against the Tribe this season.

Cleveland breezed through the post-season steamrolling past Boston and the Toronto Blue Jays only to lose a Classic World Series to the Cubs.

The bottom line is that the Indians performed at high levels and were good with former Tigers Davis and reliever Andrew Miller.

Scott Morganroth can be reached at www.scottsports33.com and is a member of the Detroit Sports Broadcasters Association.
- November 15, 2016