For the first time in quite awhile, it was weird going to the Florida Panthers vs Detroit Red Wings game at the BB&T Center with a different mindset on October 15.

Before the game during dinner, I was speaking to the Panthers Media as well as Detroit's and their viewpoints are indicative of "The Red Wings New Reality."

Detroit is looking to reach its 26th straight playoff berth in The Final Season at Joe Louis Arena. There was a lot of skepticism about this happening as the Red Wings no longer have Pavel Datsyuk on the roster.

General Manager Ken Holland had to make some moves during free agency to add players that would blend with Detroit's young roster. 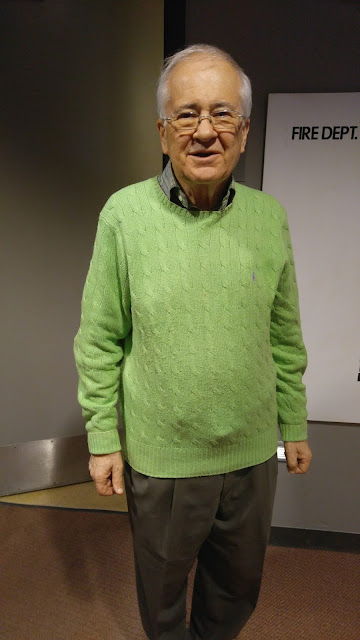 New Jersey, Tampa Bay and Florida also have 30 points and would all be out of the playoffs. The Washington Capitals own the final playoff spot with 37.

But unlike the NFL which has a 16-game season, there is an 82-game campaign to figure things out.

During the first and second intermissions of the Red Wings 4-1 loss to the Panthers, I had the opportunity to speak with Red Wings Senior VP Jim Devellano, who offered interesting perspectives of the Current State Of The Franchise.

Q: What are the expectations of the 2016-17 Season? As I understand it, they're not as high back home?

A: That's for sure. It's been that way for the past 2-3 years. We're really a team that's in transition. A lot of our superstars over the last 5-6 years have retired because of age. Quite honestly, the system is starting to catch up with us a little bit.

When you make the playoffs 25-straight years, you really don't get to pick the Cream Of The Crop in The NHL Draft. We're trying to stay competitive and trying hard to make the playoffs and that's where we're at.

Q: Would it be a disappointment for the Red Wings to not make the playoffs for a 26th consecutive season?

A: Yes, of course it will since we've made it 25-years in a row. But in the NHL, in a 30 team league, half the teams make it and half the teams don't. As you know, every year there are 3-4 pretty good hockey clubs that miss out by a point, two or three. So you hope you're not one of them.

Q: Now I know the past couple of years, the Red Wings have gotten in at the last minute, and that's pretty good because it keeps the momentum going. What are your thoughts about the fact that they've been able to keep the streak going?

Q: Jimmy, this is the Final Year of Joe Louis Arena. Wouldn't it be a nice ending if the Red Wings made it to the playoffs?

A: It would be. We would like to try to do it, but we're in for a battle and this is going to be a dog fight. There is a lot of teams that have really improved including the team we're playing tonight, The Florida Panthers and Tampa. It's not an easy league and we have our work cut out for us.

Q: The Red Wings are opening up a brand new building next year speaking of The Little Caesars Arena. What are your thoughts about the new Era of the Red Wings in their new home?

As I said before, we're never in a position where we get to pick early in the draft. So it's really hard to know.

Q: I remember as a kid when the Red Wings struggled before your arrival and were known as the Dead Wings during the 1970's and early 1980's. How do you like the progress of this franchise has made throughout the years when you joined the organization in 1982?

A: I think truthfully, and it's going to sound braggadocious, but I don't mean it that way, the best way to put it is, we've been in the playoffs 25-straight years, and the second best team to that is Pittsburgh with 11 straight. Just think about that. Twenty-five straight years in the playoffs and the second team is Pittsburgh with 11. It's pretty remarkable. 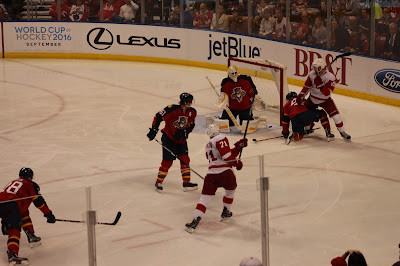 Q: Finally, do you think with this being said, this would be a great way to entice free agents to come to Detroit?

After the Red Wings loss to the Panthers, I asked Detroit Coach Jeff Blashill if it bothered him going into the season about the team's lower expectations?

His response, "the expectations is within our locker room are high. So we don't worry about external expectations. Our expectations will always be very high."

As I mentioned early in this story and I'll say it again.

The NHL Season is 82 games so it's too early to judge if a team is a contender through 30 games.

In any sport, injuries always take a toll and the road to winning a championship is a marathon, not a sprint. The Red Wings are living proof, there is a lot of hockey to be played this winter and in the spring.

I'll be looking forward to seeing the Red Wings in action when they return to Sunrise, FL to face the Panthers on December 23. One familiar face will be missing as former Red Wing Gerard Gallant was terminated recently as Panthers coach.

On a Final Note:

I want to pass on My Condolences to fellow Colleague and Friend Ken Daniels for the loss of his son Jamie, who passed away at the age of 23.

Ken, who is in his 19th season with the Red Wings, is one of the nicest people in our profession and I hope he and his family are healing and look forward to seeing him soon!

Scott Morganroth can be reached at www.scottsports33.com and is a member of The Detroit Sports Broadcasters Association.
- December 13, 2016