While the main story-line heading into Sunday's 53rd Super Bowl is former Michigan QB Tom Brady appearing in his ninth championship game; there is another man who is one of three writers that's covered all of these contests.

His name is Jerry Green, a long-time columnist of the Detroit News. Green is age 89 and is a very good friend of mine. Green has been a colleague of mine in Metro Detroit for years and is a journalism icon back home.

When I was growing up in Detroit, Green and the late Joe Falls were the best one-two punches when it came to credible columnists whom informed readers and provided credible opinions. These guys did things the right way and I'm very proud of the fact that I know and knew both of them!

Falls was inducted into the Baseball Hall of Fame in 2001.

Green was inducted into the Pro Football Hall of Fame in 2005.

While I've had the great privilege of covering four Super Bowls and am very proud of that, I hope Green can reach at least 60.

In sports there are many records that will never be broken, Green is doing something more special that unless you're in Sports Media, you'll never really appreciate what Jerry has really accomplished.

The players make the news, but without great journalists like Green writing the news, nobody would know the news. I'm looking forward to updating this in a year when Jerry reaches No.54.

The most interesting part of Sunday's Pro Bowl was watching Jalen Ramsey catching a touchdown pass in the final minute of the game. I have to wonder whether the Jags might consider using Ramsey as a wide receiver in periodic situations.

Speaking of the Pro Bowl, the AFC won it's third straight All-Star Game 26-7, all at the Citrus Bowl in Orlando, FL.

Nonetheless, not a bad days work if you can get it.

Finally, New England Patriots wide receiver Josh Gordon remains at an inpatient drug treatment facility in Florida after he was suspended in December for multiple violations of his reinstatement under the NFL's Substance Abuse Policy, a source told NESN's Doug Kyed.

Kyed adds that Gorden's suspension was triggered by diluted drug test samples. It's his fifth since 2012 and his third indefinite ban.

The Patriots are reportedly paying for the receivers treatment.

If New England defeats the Los Angeles Rams in Super Bowl LIII, Gordon would receive a Championship Ring. He caught 40-68 targets with the Patriots for 720 yards and three touchdowns over 11 games after being acquired from the Cleveland Browns.

Have to wonder what former Miami Dolphins QB Dan Marino is thinking that Gordon could get a championship ring, and he was shutout in the jewelry department. 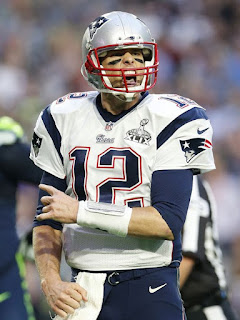 While I'd like to see the Rams win the Super Bowl, I have to agree with recent Sports Exchange Guest Mel Farr Jr.

It's tough to bet against greatness as in Tom Brady.

The Patriots will not lose two Super Bowls in a row.

New England will defeat the Rams 33-28. Tom Brady gets it done again and makes the Michigan Wolverines alumni base very proud.

Scott Morganroth can he reached at www.scottsports33.com and is a member of Detroit Sports Media.

He is a Co-host of the Sports Exchange with Peter Wein which airs Tuesdays and Thursdays from 5-7 pm on the weinetwork.com and is Founder of The South Florida Tribune.
- January 31, 2019