Within the next 48 hours, there will be a new champion in the NFL.

While there have been many storylines during Super Bowl Week, including which sport Oklahoma QB Kyler Murray will play, baseball or football, there is one sport which is producing too much drama.

You guessed it, the NBA. 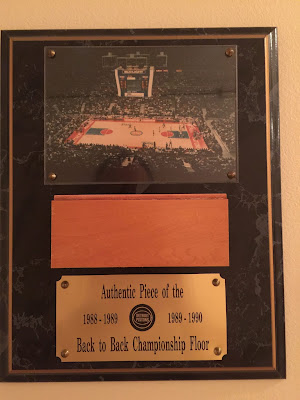 When I lived in Metro Detroit, it was great covering the Pistons during the "Bad Boys Era" championship run.

Nowadays, I really struggle to find motivation to go to NBA Games.

When the Pistons played The Miami Heat and Orlando Magic in the playoffs during the early part of the decade, you never heard of players making public trade demands or networking with others to try to form super teams.

Hearing Anthony Davis attempt to force his way out of New Orleans, and now Boston's Kyrie Irving potentially seeking an exit strategy is a bunch of nonsense.

Then again, it was Irving who demanded to leave the Cleveland Cavaliers and Lebron James to lead his own team and hasn't won anything on his own with Boston.

These players are so darn stupid that once upon a time the NBA Finals used to be played in Tape Delay at 11:30 pm ET following the local news on CBS.

The league was practically broke!

When Magic Johnson and Larry Bird joined the NBA in the fall of 1979, this leagues' fortunes began heading in a positive direction.

After Johnson and Bird, the emergence of Michael Jordan, Charles Barkley, Karl Malone, Clyde Drexler, Patrick Ewing began to make the league more interesting when you blend them with holdovers Kareem Abdul Jabbar and Julius Erving.

Former Commissioner David Stern did a tremendous job adding a salary cap and striving for competitive balance. He was a genius with marketing the league, leading it to a billion dollar industry.

The reality of today's NBA can be broken down in the following ways.

1. It's become a jump shooters, three point shooting league with the rules designed to de-emphasize physical play, holding and hand checking. If I want to watch a bunch of overpaid millennials take jump shots, I would go to the community basketball courts and do it myself.

I have no problem with the NBA All-Star Game being an offensive showcase because it's always been that way.

There is no question the league has the best athletes of the four major sports.

But to emphasize offense when in reality defense really wins championships goes beyond my yesteryear thinking.

2. There are a lot of players that I couldn't stomach in the league. Former Chicago Bulls forward Scottie Pippen was at the top until LeBron James overtook him.

First of all, James had to leave Cleveland to piggyback with Dwayne Wade to win a pair of titles with the Heat.

His "The Decision" Show was the worst piece of PR I've ever seen!

To compound that, he gets on a stage with Wade and Chris Bosh to talk about how many titles they would win estimating way more than the two they won.

The trio already had a bullseye on them.

I think James' biggest accomplishment was ending Cleveland's half century title drought and winning one for the Cavaliers.

The only negative about this, is it came with Tyron Lue as the coach, not David Blatt, who was run out of town by James, despite taking the team to an NBA Finals.

Blatt was a defensive minded coach and James didn't like it. Blatt has been a legendary coach overseas.

If LeBron has issues with Walton then he should be a players coach like Celtics Hall of Famer Bill Russell was. Then he has himself to blame if things go wrong. Don't hold your breath on James being a head coach.

If Walton were to get terminated, he'd get hired with the snap of a finger and his phone would be ringing off the hook.

Could James have played in the good old days where if you drive the lane you get leveled?

I'd say he would be an excellent player because he's such a great physical specimen.

But he would take a beating and would really need to recharge at the end of the season because of the pounding he would take.

Although James has three NBA Titles and has made numerous finals appearances, his legacy in the world of social media goes beyond his accomplishments on and off the floor. 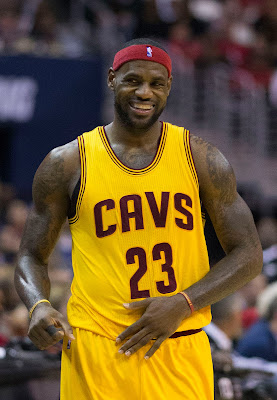 While I respect his charitable work, I don't give a damn about his social or political views! His responsibility is to play basketball.

There is no question he's done well with his endorsement opportunities and in preparing for his post basketball career.

3. I'm glad that the NBA put a stop on players missing games to rest on back to back nights which deprived fans for seeing a superstar on a given day. The problem became so bad that the players were missing nationally televised games.

4. A coaches job description is to coach and not talk about politics and social issues. If you want to do this then run for political office when you're done coaching. Other coaches and athletes have had great careers outside of sports.

I could careless about what Gregg Popovich, Steve Kerr and Stan Van Gundy have to say!

What the NBA needs are more stories like the one that is developing at the All-Star Game on February 17, 2019 in Charlotte, NC.

Both are playing in their final seasons and it's an opportunity to pay tribute to their careers.

This is what the league needs!

It doesn't need, where will the most selfish non defensive player Carmelo Anthony land?

Who cares about where these kids fathers want there kids to play or where they won't play.

Today's players make an excellent living and should appreciate those who grew the game before them. They should understand the great history the NBA has!

Not use their greed and idiotic attitudes to tarnish the league.

But once again, as I struggle to decide to go back and see an NBA game these days, which is sad because I've so many great memories with this sport, it's tough to get motivated with the millennials that don't appreciate how far the league has come which allows them to make a great living.

We had a blast going down memory lane talking about the good old days compared to where the league is now.

There might be that rare instance when I invite an NBA guest on. 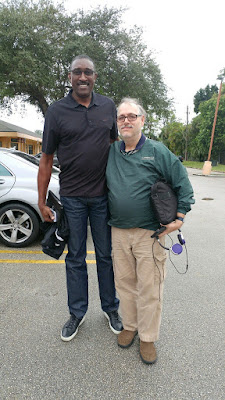 And I mean rare only because it's our responsibility to cover all sports.

When the time comes and the drama goes away, then I'll watch more games on TV and attend more contests.

The league has to get me motivated again.


Perhaps, the only possibility is covering an occasional Detroit Pistons Game against the Miami Heat, by which time I would catch up with some old colleagues.

But unfortunately, the NDL isn't the game I was fortunate to cover throughout my Sports Media career.

All I can do at the present time is just read the news and nod my head.

Occasionally, I will listen to TNT's Charles Barkley because he generally says what's on my mind. Kudos to Barkley.


He's a member of Detroit Sports Media, Co-host of the Sports Exchange with Peter Wein on the weinetwork.com which airs 5-7 pm, Tuesdays and Thursdays and Founder of The South Florida Tribune.
- February 02, 2019